Snow still lined the sidewalk as fans shivered outside the Gothic Theater, waiting either for their friends to catch up to them or for security staff to check for the proof of vaccination required for entry. Though Colorado was treating locals to a frosty day—the evening barely held out at 10 degrees as fans hurried to the venue—once inside, they quickly forgot the bitter chill, pulling off winter coats and buying beer before beginning the search for the best vantage point to see the night’s main attraction: Houndmouth. 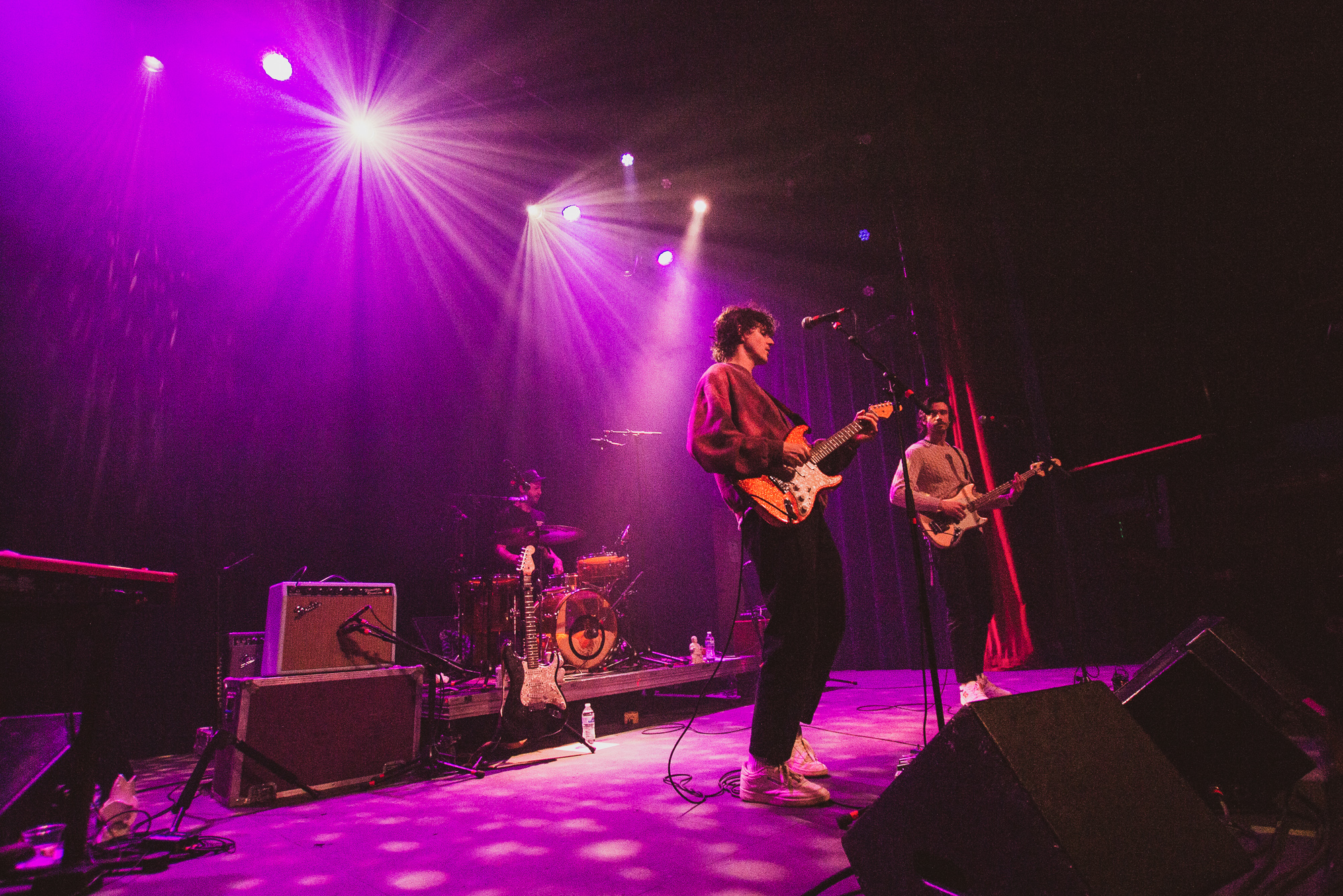 As fans slowly filled into the venue, they also began to infuse the Gothic with a jovial excitement for what was to come. One man called out to the growing crowd, grabbing the entire venue’s attention with a commanding voice, only to remind us all about the fast-approaching Winter Olympics and rallying the venue into a proud cheer in support of the American athletes. But shortly after the raucous cheer, a soft hush fell over the audience as the opener, Buffalo Nichols, took the stage.

Nichols’ started his set off slowly, easing fans into the evening as he enveloped the audience with his effortless guitar picking and bluesy vocals. As fans continued to file in, the solo act moved effortlessly through his set, pausing between songs to address the crowd. Though a bit soft-spoken, Nichols looked at home as he stood center stage, thanking the audience for attending the show, briefly bemoaning the cold before earning a chuckle from the crowd with an unexpected fart joke. 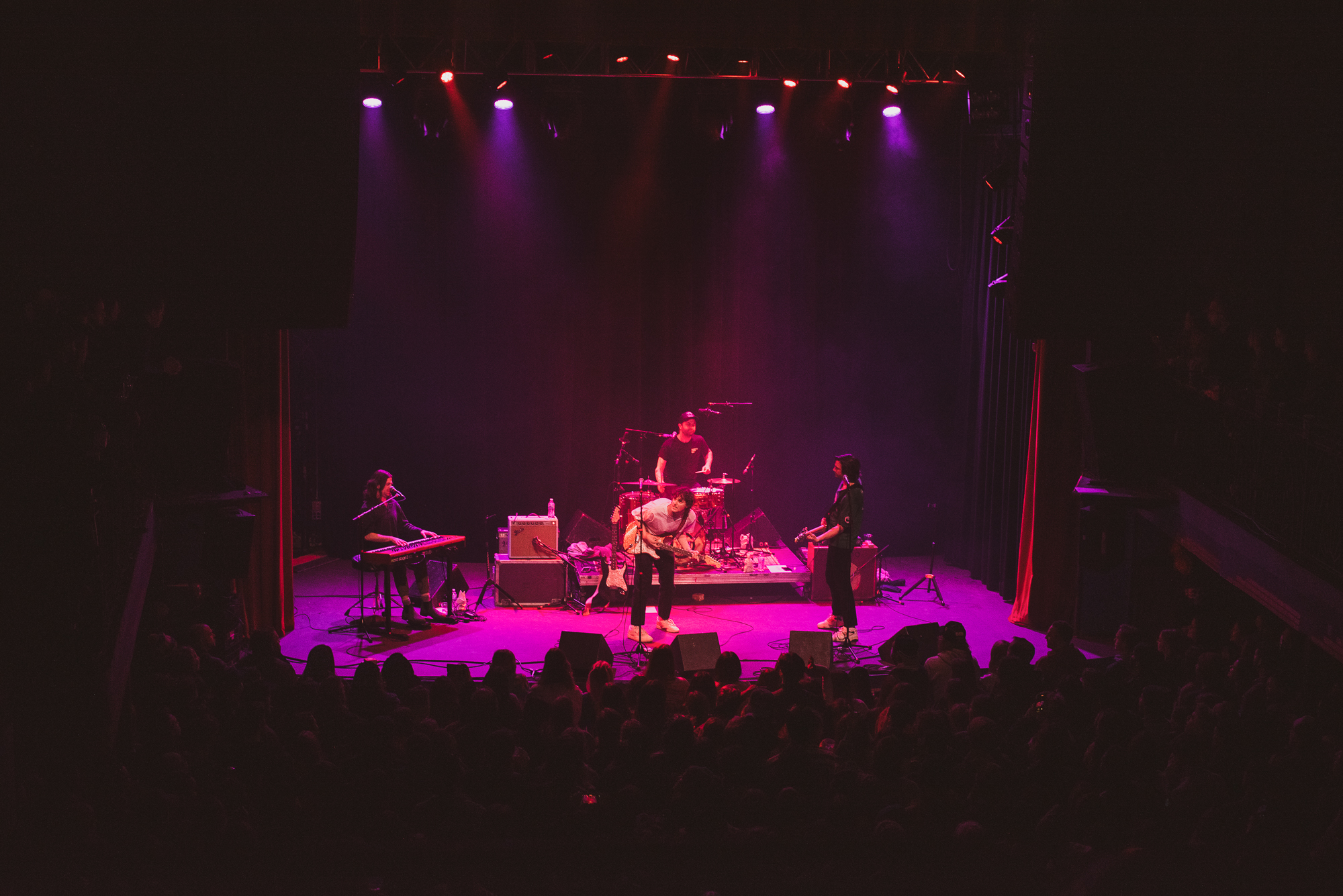 With fans still filling into the venue, Nichols’ commanded the attention of the venue, drawing the audience in and making everyone feel like they were part of a special secret as he briefly introduced songs before letting the music do the talking. While Nichols started the evening slowly, each song seemed to add a new layer to the evening—but the solo artist kept the audience captivated in anticipation, seeming to intuitively know that the Gothic wasn’t quite ready for his real showstopper. When the right moment in the evening arrived, Nichols impressed fans with his guitar-playing prowess while still making the whole affair look effortless.

By the end of his set, Nichols had fully won the crowd over. And while many in attendance may not have known his music when they walked into the venue, they tried damn hard to learn the lyrics in the moment just so they could sing along. With the energy of the night at an all-time high, it seemed that Buffalo Nichols would be a tough act for Houndmouth to follow. But fans weren’t worried. 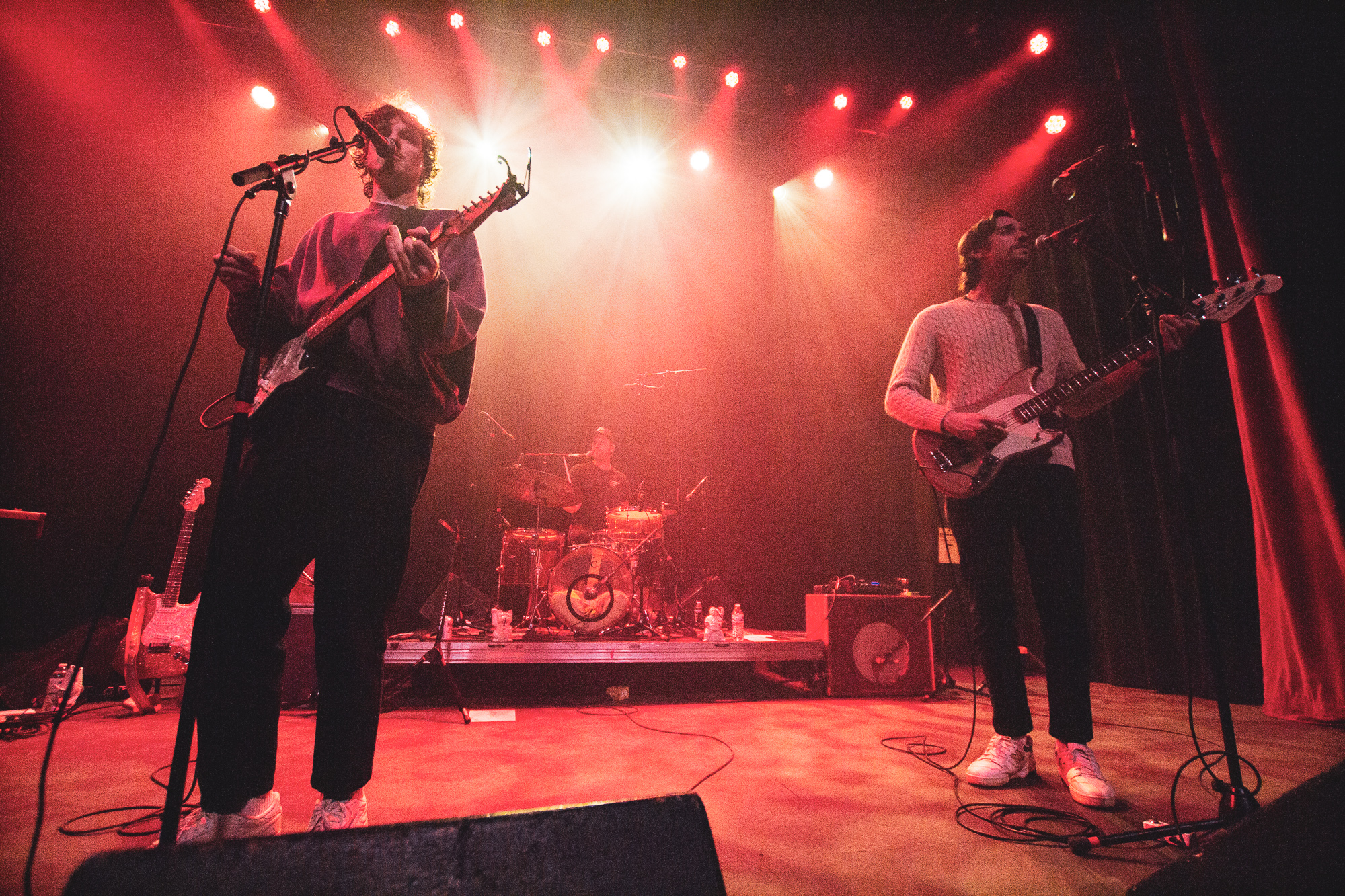 After a brief intermission for the set change, the lights in the venue dimmed as “Werewolves of London” played over the loudspeaker. Fans howled in excitement as Houndmouth quietly took the stage and found their places, before opening their set with a rock ‘n’ roll infused performance of “Las Vegas.”

As Houndmouth raced through their setlist, couples found space in the aisles or in the crowd to embrace and dance with one another. The band’s performance added extra layers to their songs, making them feel fuller. The audience responded with the refined enthusiasm of an indie crowd, bobbing heads along to the beat before occasionally throwing a hand into the air as they sang their favorite verses. 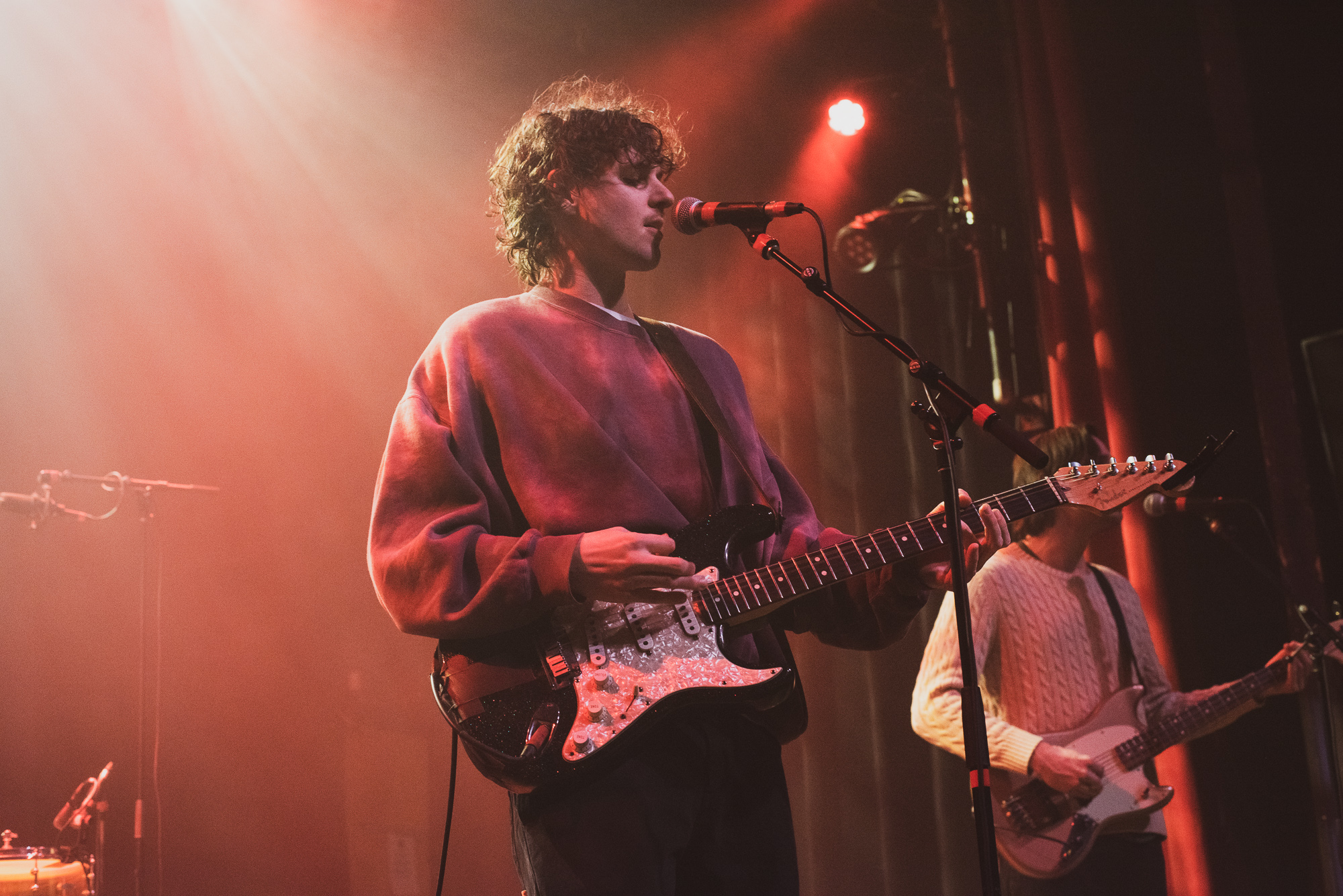 In stark contrast to their conversational opener, Houndmouth waited until midway through their set to address the crowd for the first time. Thanking the audience for making it to the show, they informed fans that vocalist Matt Meyer’s parents were in attendance, pointing them out in the balcony level and encouraging the crowd to treat Meyer’s mom to a drink. After excitedly proclaiming that they had the best job in the world, the indie band dove back into the setlist.

Without pausing for conversation, Houndmouth electrified fans with songs from throughout their discography. Fans bounced along with the beat of “Miracle Mile” and sang their hearts out to “Good For You” and “Black Gold.” When the set finally came to a close, Houndmouth delighted fans with a booming performance of “Darlin'” before ducking off stage. 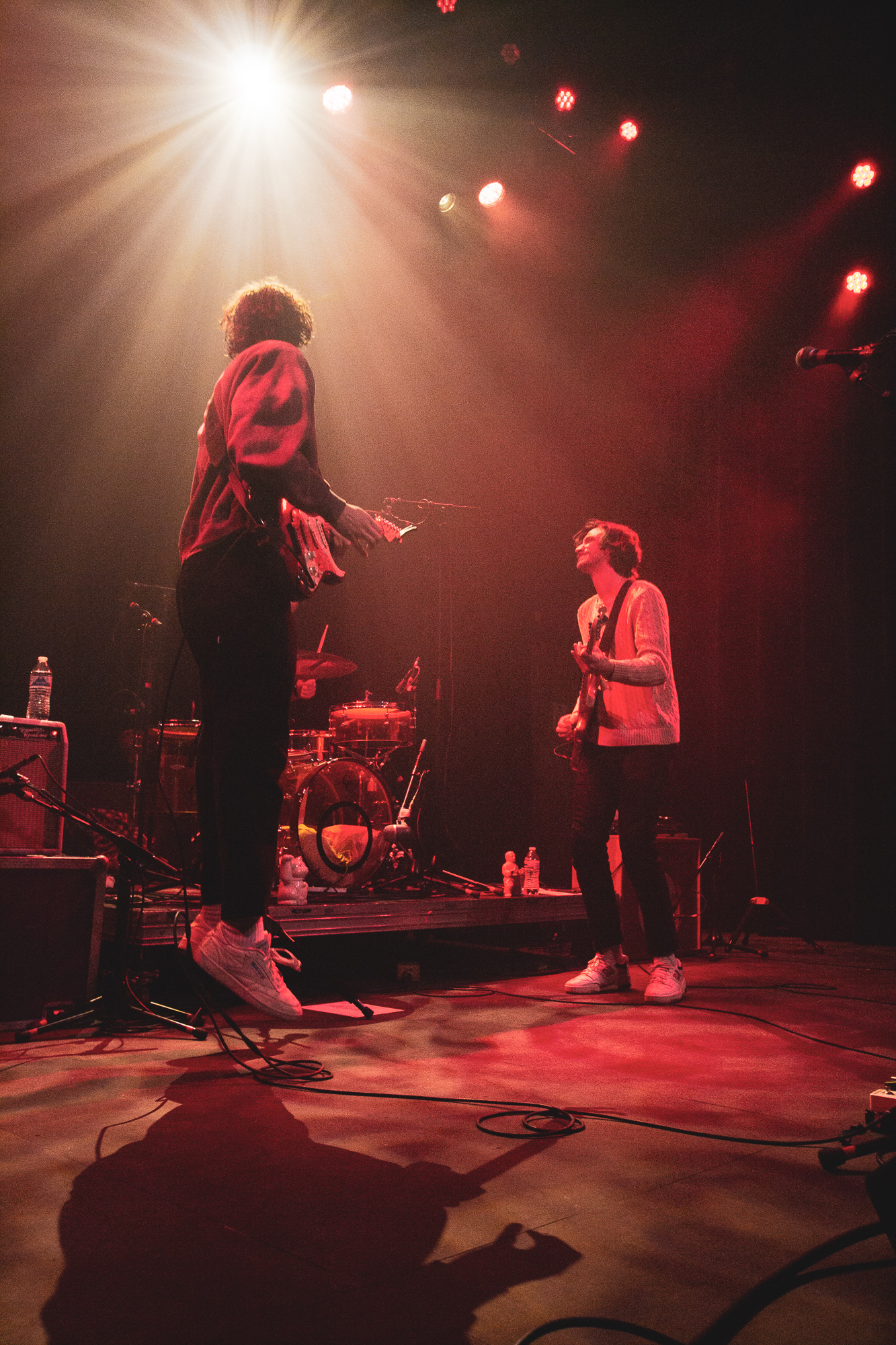 Houndmouth reappeared for an encore, with Meyer taking the stage alone for a Bob Dylan-esque performance of “For No One,” before launching into “Ohio.” The rest of the band found their way onto the stage and joined in playing “Ohio,” then closed out the evening with a raucous performance of the band’s 2015 hit “Sedona.”