4 Black-Owned Restaurants to Try in Denver This Month

Today marks the beginning of Black History Month. To celebrate, check out these four Black-owned restaurants in Denver that are cooking up some major flavors you won’t want to miss.

READ: 400+ Black Owned Businesses to Support in and Around Denver 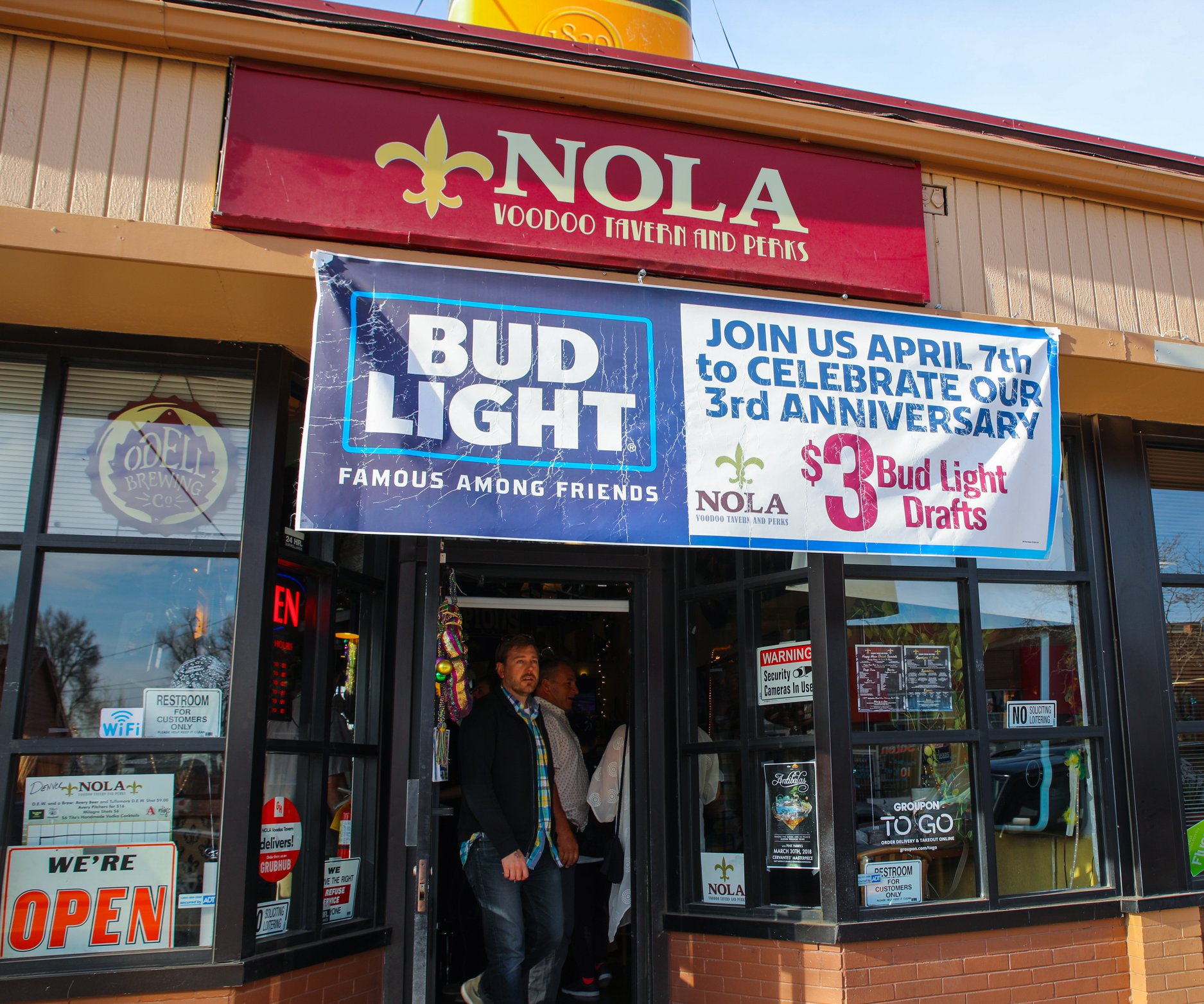 The Lowdown: Sitting on the corner of York Street and Bruce Randolph Avenue is a quaint little house made of exposed bricks. While it might not look like much from the outside, once you walk through those doors you are immediately transported to the French Quarter of New Orleans. This vibrant spot has been home to NOLA Voodoo Tavern since 2015. Since its grand opening, Nola Voodoo Tavern has been bringing the flavors of New Orleans right to the streets of Denver. At the heart of this New Orleans-inspired hotspot is 62-year-old New Orleans native, Henry Batiste. Batiste found his love and passion for cooking at a young age after spending hours in his family’s kitchen, watching his mom and grandma cook.

“My mother and grandma taught me how to cook when I was a young kid,” said Batiste. “They thrive on making sure we all know how to cook.”

Moving to The Mile High City from New Orleans, also known as “The Big Easy,” can be quite the change of scenery. One of the first things Batiste quickly noticed was the lack of Creole and New Orleans-inspired food options in Denver. Batiste was inspired to give the city of Denver a place with NOLA flair and he was willing to deliver. Deliver he did! With a 4.5 star rating on Google reviews, it’s apparent that people love what Batiste and the rest of his eight-person staff at NOLA Voodoo Tavern are putting down. Among their most popular dishes are the Crawfish Monica ($16.95), Vivian’s Rice Gumbo ($6.95 – $20.25), Fried Catfish with Crawfish Etouffee ($16.25) and the Blackened Sea Bass ($17.95). 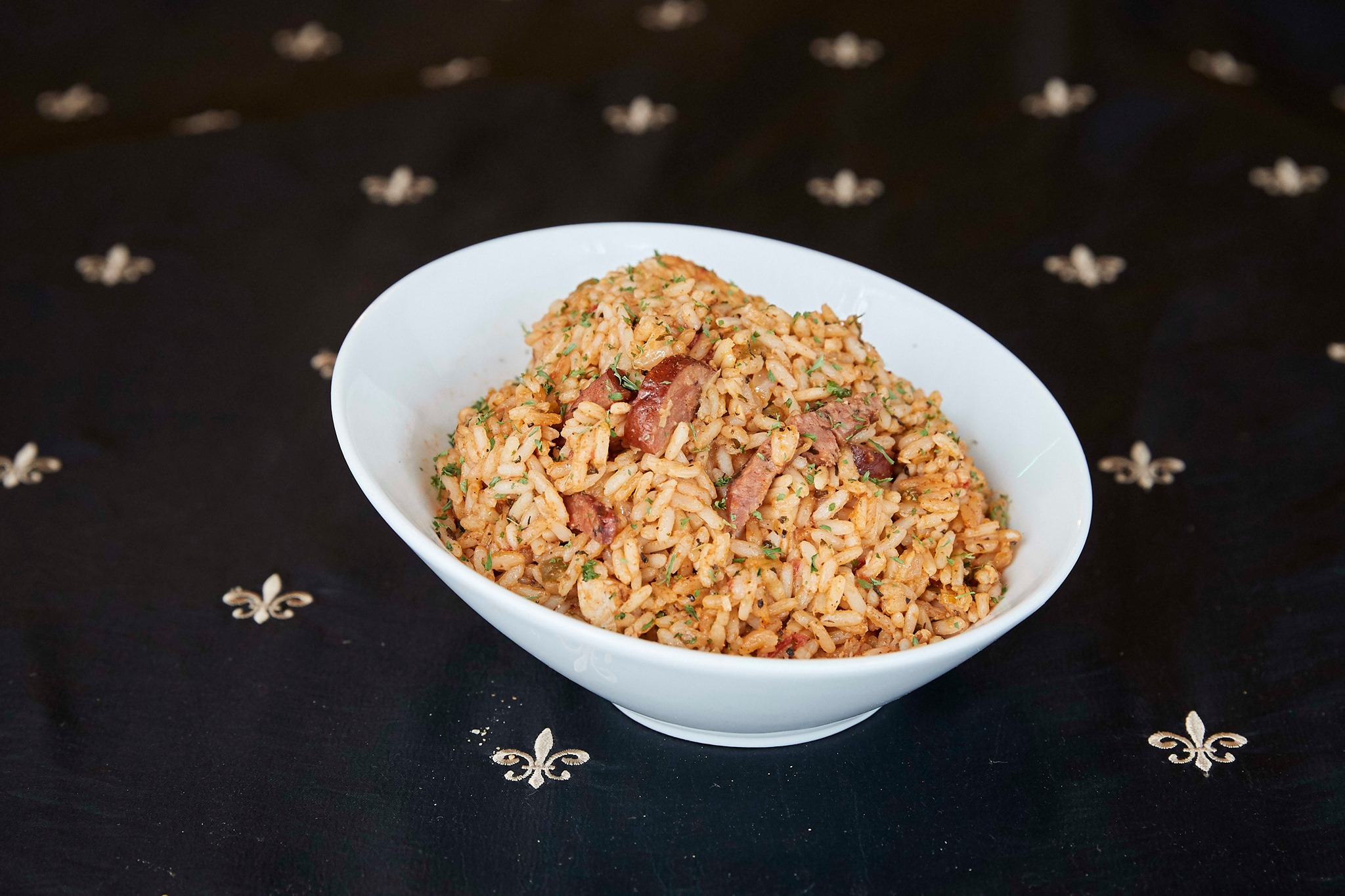 At NOLA Voodoo Tavern not only can you expect to get the taste of New Orleans, but you can expect to get southern hospitality as well.

As a Black restaurant owner in Denver, Batiste hopes to inspire younger generations to work hard and to pursue their passions.

“I want to inspire others. You know, younger African American kids see that someone is trying to make a successful business, which I feel I have,” Batiste said. “It’s really all about hard work and dedication to making sure everything comes outright.” 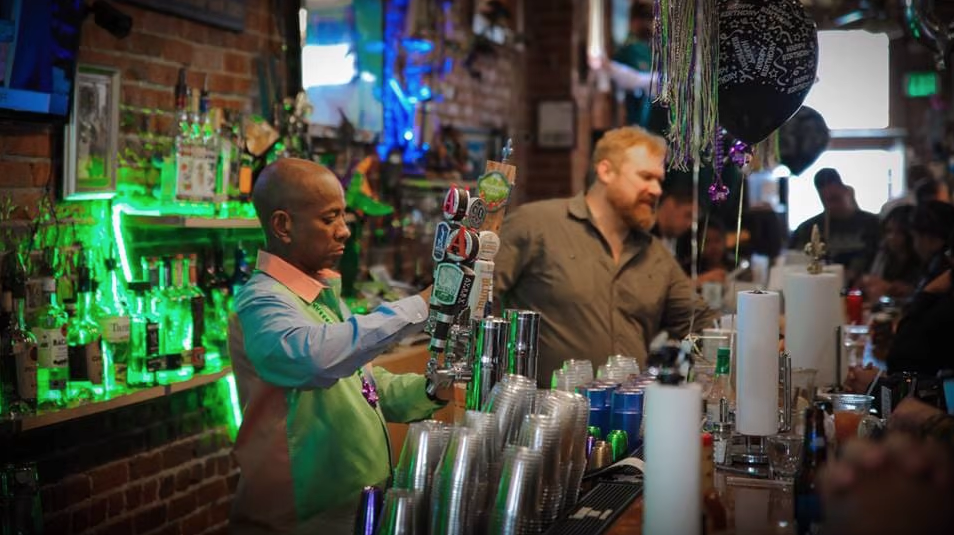 Check out NOLA Voodoo Tavern’s website as well as their Instagram and Facebook pages for updates. And stop by NOLA Voodoo Tavern on March 1 to celebrate Mardi Gras with Batiste and the rest of the team. Featuring live jazz music, giveaways and various menu specials, it’s sure to be a great New Orleans-style time. 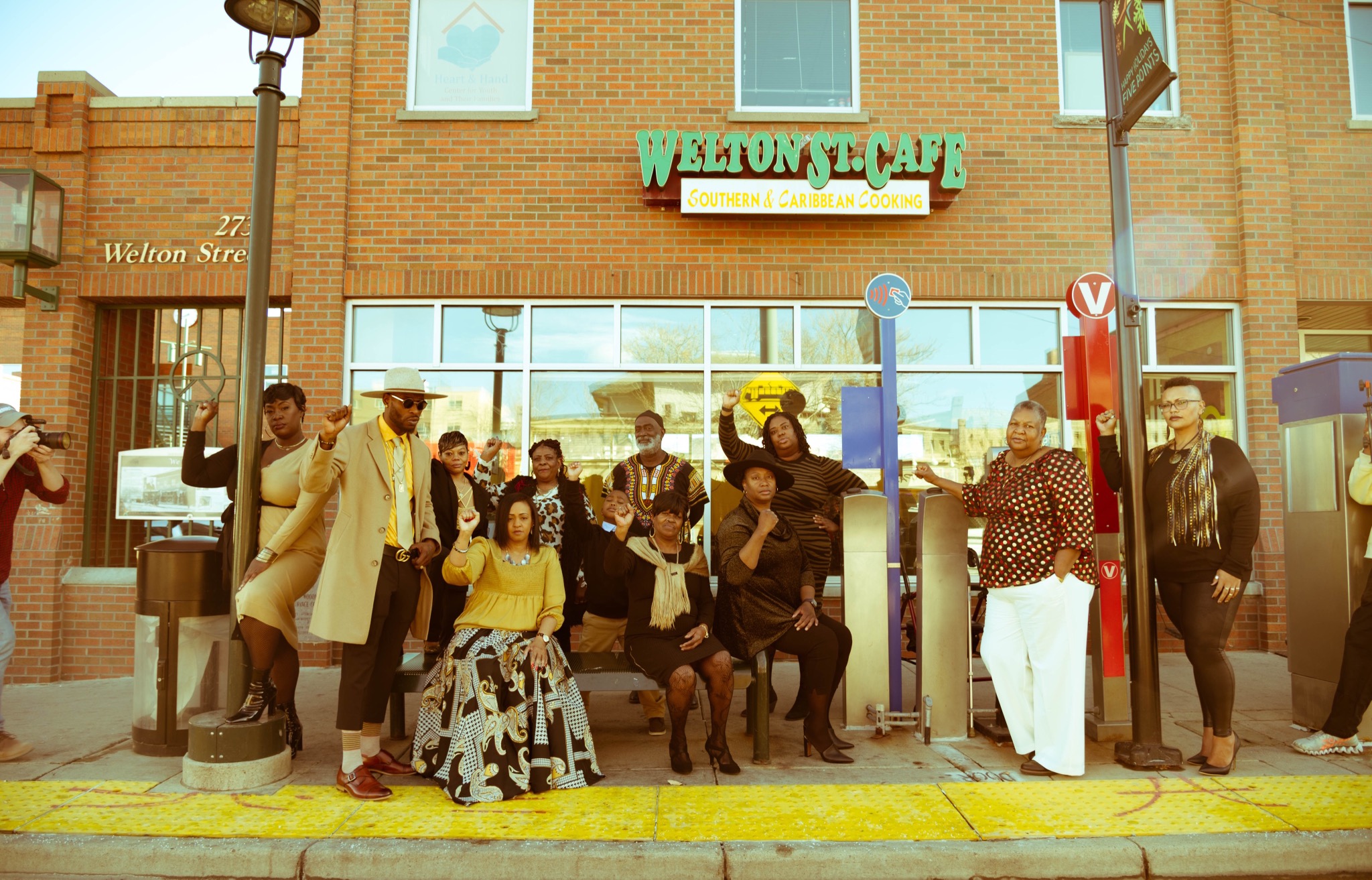 Owners and employees of Welton Street Cafe gather outside of the restaurant for a powerful shot. Photo courtesy of Fathima Dickerson.

The Lowdown: In the heart of Denver’s historic Five-Points district is the infamous Welton Street Cafe.  Serving up west indies cuisine with a southern twist for the last 22 years, this family-owned business is all about family, community and all things good for the soul. One of five owners, soon to be six, is Five Points native Fathima Dickerson, who is the face of Welton Street Cafe. Although a Five Points native herself, the inspiration for the cuisine at Welton Street Cafe stems from Dickerson’s parents who are the ones that started the business.

“My parents are from St. Thomas, the U.S. Virgin Islands,” said Dickerson. “When my mom was younger and she was living in the Islands, she used to cook for people all the time. She would cook for everyone. So my dad was like hey let’s see what we can do.”

For the Dickerson’s, the restaurant business has always been about family.

“My parents have six kids, and so when you have a family that large you need to do something that will support the family financially,” Dickerson added. “So that is a huge part of what motivated the business is that my mom loves to cook and also making sure the family was supported.”

The love, passion and soul that goes into every recipe at Welton Street Cafe is apparent. If you’re on a strict diet, Welton Street Cafe might not be for you. However, if you’re looking to feed your soul, you found the right place.

Some of the most popular dishes at Welton Street Cafe include Pates ($7.10 – $9.75) which are island-style pastries stuffed with various fillings including; chicken, beef and cheese.

“It’s like walking around down the street with a full meal in a pocket,” Dickerson said. 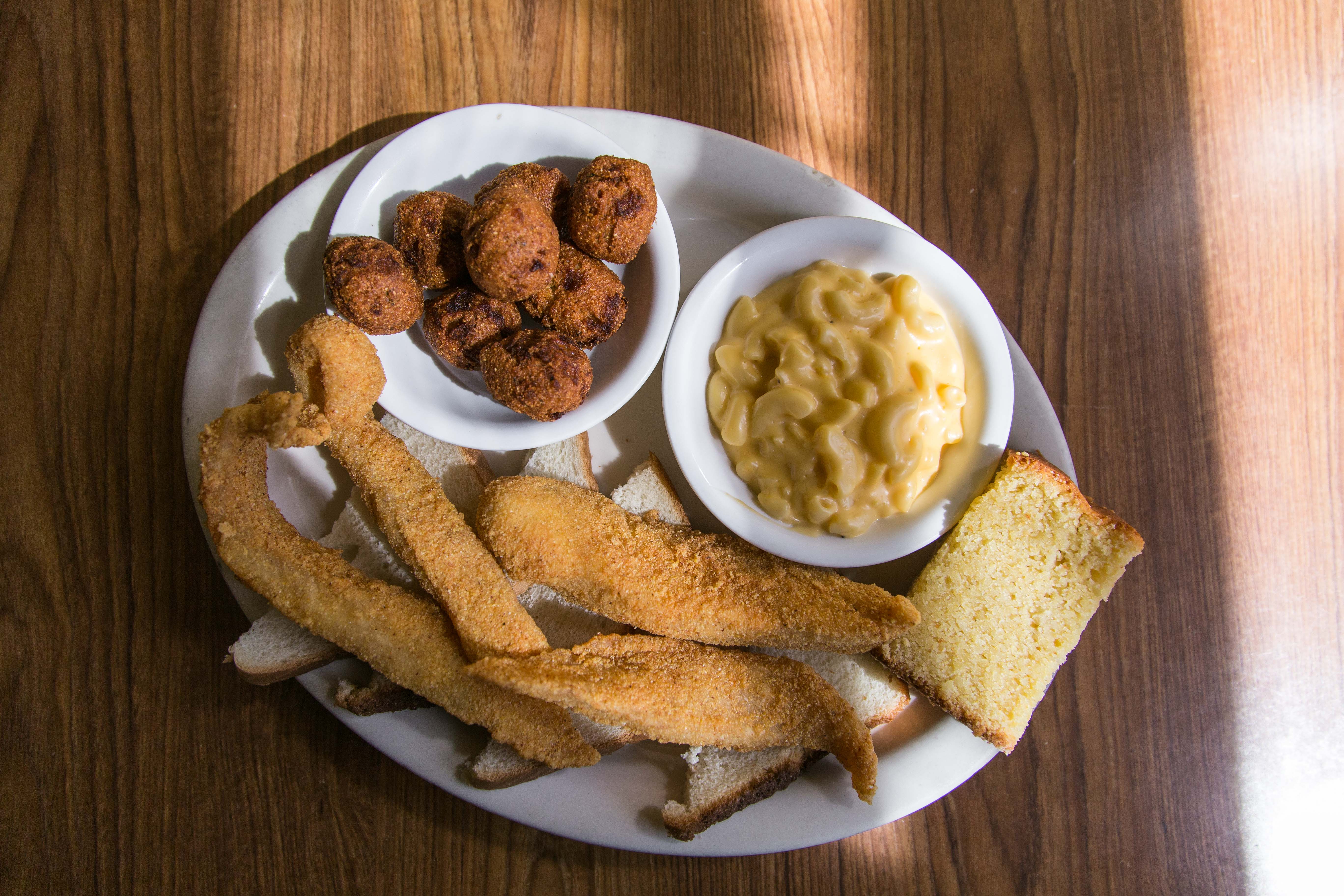 Also, a favorite among customers is the Honey Hot Wings ($8). Don’t let the relative simplicity of the sauce fool you. What makes these wings stand out is not necessarily in the sauce, it’s in the seasoned oils!

“When you cook pounds and pounds of chicken the oil essentially has flavor,” Dickerson said. “If I go home and make honey hot wings…trust me, it’s not going to taste like Welton Street Cafe. And that’s because of the fact that you have the grease that’s flavored.”

Growing up in Five Points, Dickerson has seen the neighborhood change from a historically Black neighborhood to what it is today. When asked about the importance of being a Black-owned restaurant in Denver, Dickerson said, “We made it!”

Welton Street Cafe is more than a place to go for hot honey wings and hush puppies — when you walk through their doors you become family. It is a safe space, a space where community and inspiration grow.

If Dickerson could give one message to the Black youth of Denver it is to believe in yourself and to keep working your lane. 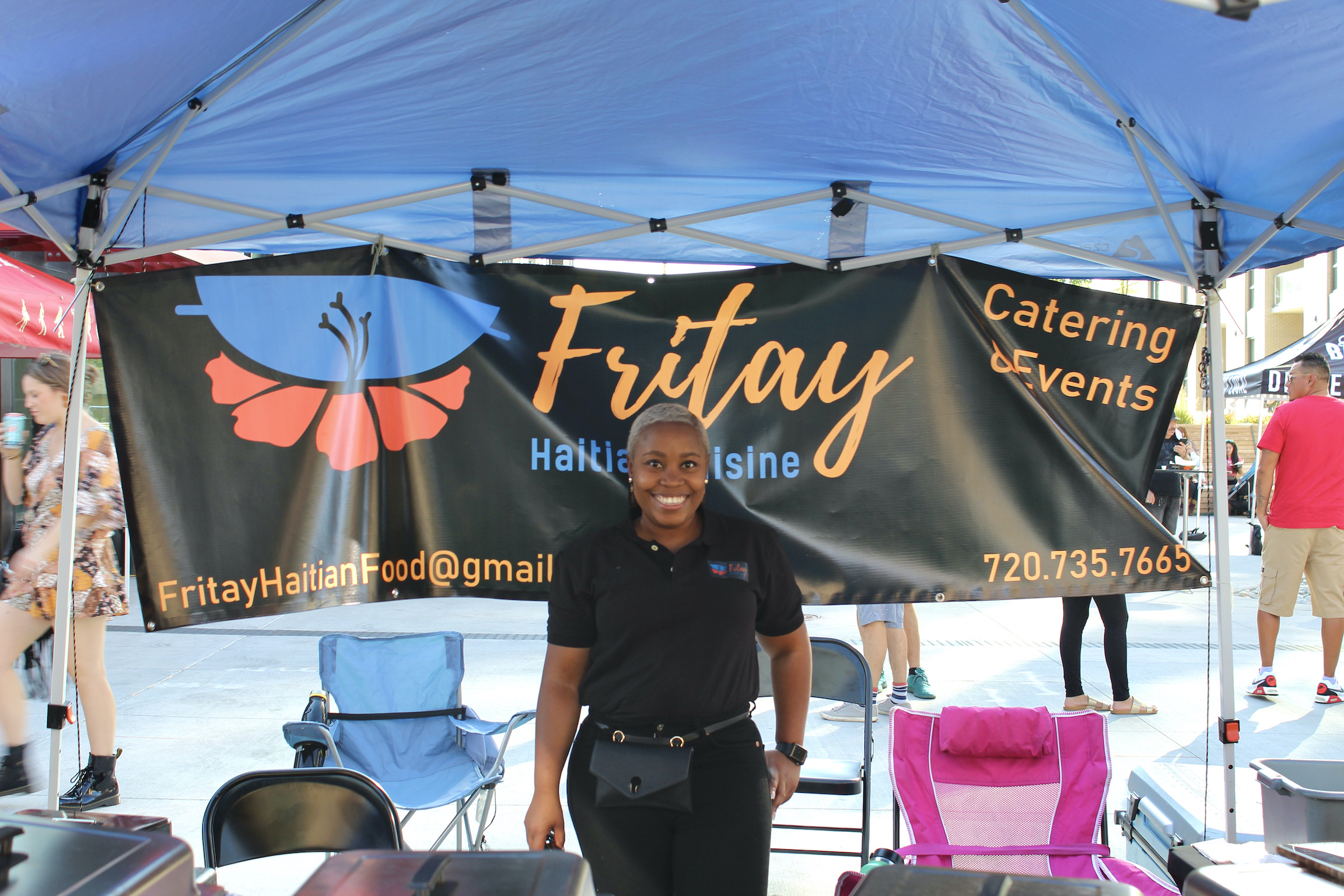 The Lowdown: Fritay is a new food truck in Denver bringing the street food of Haiti to the people of Denver.  30-year-old Farah-Jane Jean Pierre, the founder of Fritay, grew up in Port Au Prince, Haiti. When she moved to New York City 12 years ago, she was able to find a rather large Haitian community and a wide variety of Haitian food options. However, when she came to Denver four years ago, she quickly realized that there was a lack of Haitian culture and cuisine in the Mile High City. With encouragement from friends and family, Jean Pierre decided to open up shop, operating out of her very own food truck.

“Haitians love to party. We love a good vibe and loud music,” said Jean Pierre about her Haitian culture.  “Haitians are also very resilient and strong. We love to share our culture through our food.”

Jean Pierre found her passion for cooking early on in life.

“I’ve been cooking since the age of 13 or 14,” she said. “I just had the passion. I would go in the kitchen and look when people were cooking. And then I started cooking on Sundays. I would make a menu for family dinners and make the dishes. I feel good when I cook.”

Among some of her most popular dishes are the Fritay Platters, which are either Fried Pork ($15) or Fried Chicken ($13) that come with fried plantains, marinade (herb fritters) and pikliz, which is a classic Haitian side of spicy cabbage, carrots and bell peppers. 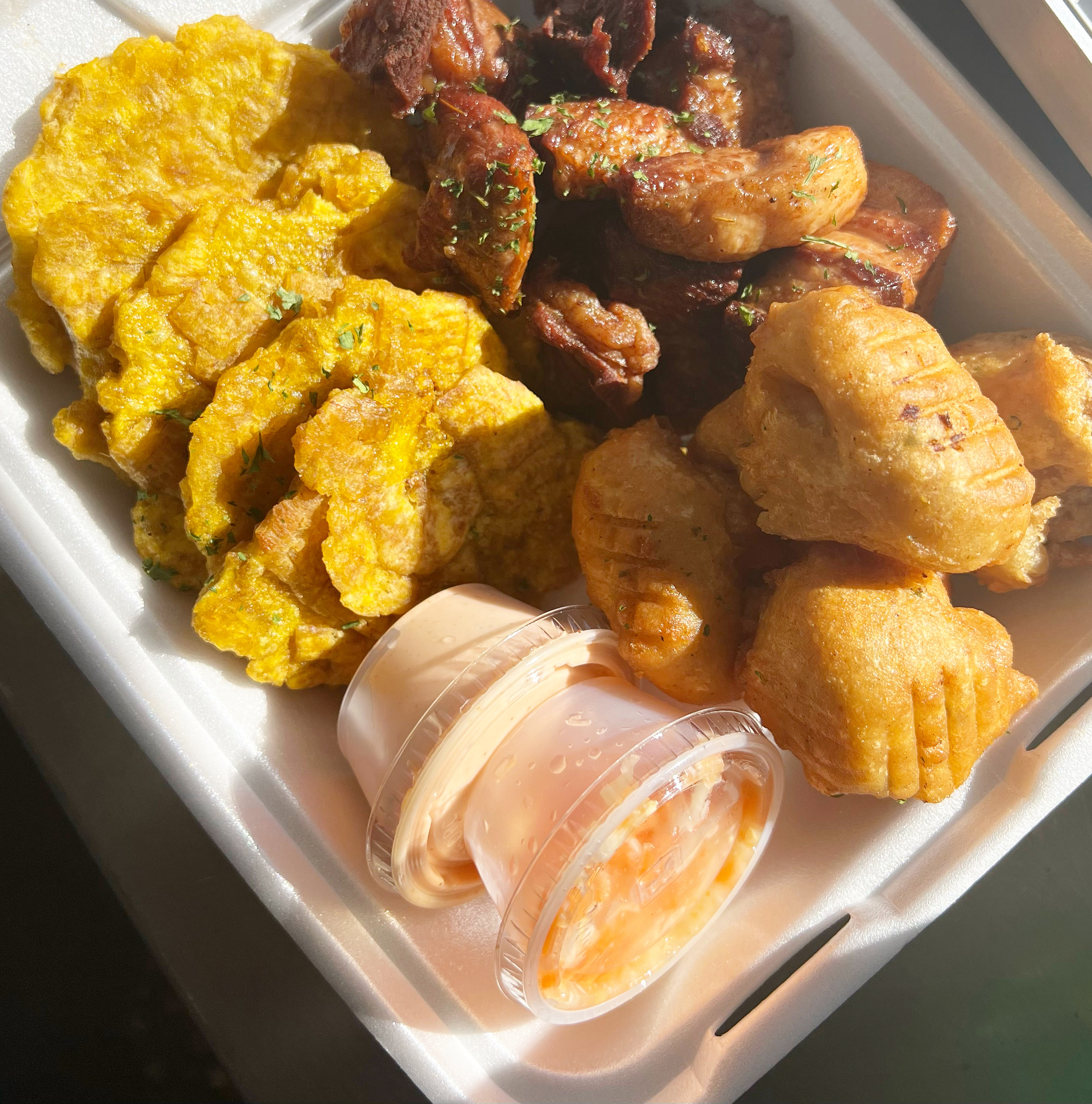 Although Fritay is new to the Denver scene, Jean Pierre is inspired and eager to continue to spread her love for Haitian food and culture with the people of Denver.

“When people eat my food, I want them to leave with a positive mindset about Haiti,” said Jean Pierre. “Our food is unique, it’s full of flavor and we make it with love.”

Jean Pierre takes pride in her Haitian roots and in being a Black food truck owner, especially in a city like Denver where, in many cases, diversity is lacking.

“In New York, you see Black people at every corner but here I feel like Colorado is pretty segregated, where you find Black people in one spot,” Jean Pierre said. “So to have a Black-owned food truck means a lot and I want Black females, Black women or anyone who comes with Black ethnicity to know they can achieve anything here as long as they have the right mindset. They can do it! It doesn’t matter about race — don’t let that block you.”

To find out where Fritay food truck will be next, check out Fritays Instagram @FritayHatianFood and Facebook pages for the schedule. For any catering needs, head over to Fritay’s website. 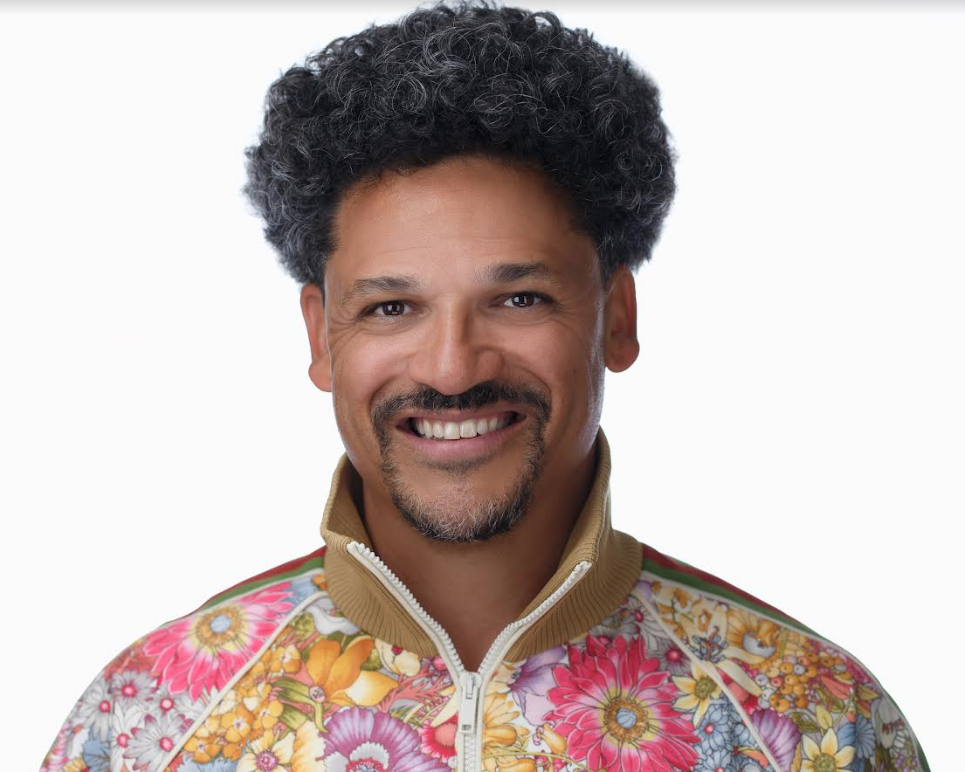 The Lowdown: If you’re looking for a brunch spot that feels like home, Mimosas is a great place to start.  Located at 2752 Welton St. in Denver’s Five Points neighborhood, Mimosas has been giving the people of Denver boozy brunches since the summer of 2020. It was 51-year old Mimosas CEO Matthew Burkett’s love for breakfast and his wife’s East Coast upbringing that sparked the idea for Mimosas.

“It’s simple. We love brunch and we like mimosas,” said Burkett. “My wife is from the East Coast and so we wanted to try and bring more of an East Coast urban vibe where the restaurants are small and tight and they have good music and good food,” he added.

Mimosa’s menu is filled with options for everyone, from Fried Green Tomatoes ($8) to Lox and Bagels ($12) and, as the name suggests, a mimosa list that is out of this world. If you’d rather create your own mimosa or just sip on some bubbly, Mimosas offers an extensive variety of champagnes to choose from. For Burkett, his favorite item on the menu has sentimental value. 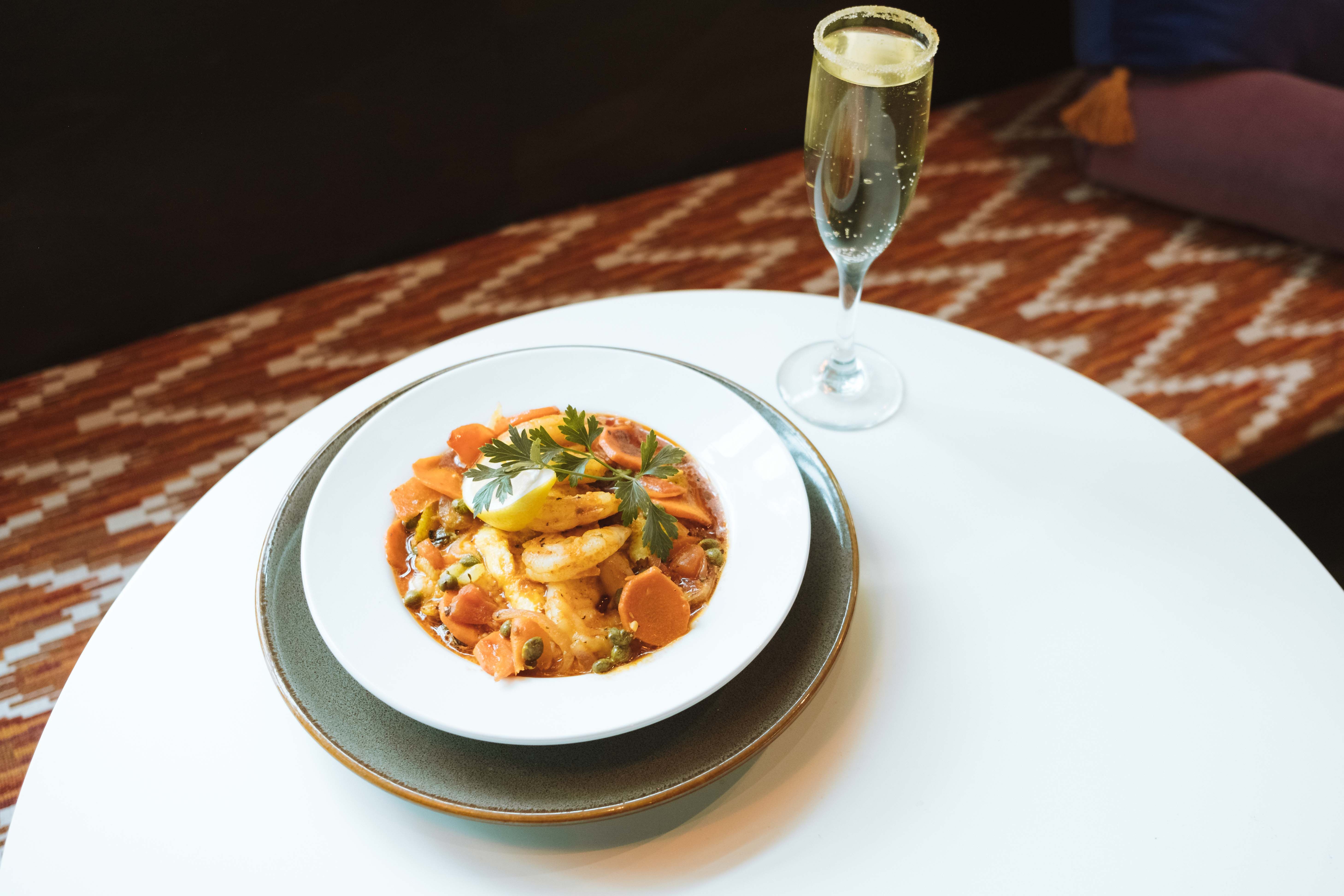 “My favorite is Dad’s Eggs because it’s the breakfast I make for my kids on the weekends,” Burkett said.

At Mimosas, you can expect tasty food and drink options, as well as a great vibe, focused on community.

“The mission of Mimosas is to be a local neighborhood restaurant where you can likely bump into people you know,” Burkett said. “I want people to feel like there was a sense of place. Like they knew that they were in Colorado, they were in Denver, they were in Five Points and they were at Mimosas,” he added.

Burkett owes much of the restaurant’s success to the employees who work there.

“The people that we employ and the team that we have that can create that experience day after day and keep people wanting to come back, you know, there’s a lot of thanks and praise and credit that they deserve,” said Burkett.

Additionally to owning Mimosas, Burkett is a businessman who has owned over 50 companies in his lifetime, roughly 30 of which he still owns to this day. For him, being a Black restaurant owner and entrepreneur has a lot of political and economic significance.

“Everything I own is Black-owned,” Burkett said. “I think ownership is critical to participation in the economics of our country.”

In addition to Mimosas, Burkett owns another restaurant in Five Points called MBP, which stands for Moods, Beats and Potions. If you’re looking for a more upscale place to dine with a similar neighborhood vibe, this might be another wonderful option for you.