The empty streets carried a cool breeze Saturday night, providing a likeness to the setting for the calm, casual performance of Yellow Days at Summit Music Hall. The England national started his career in 2016 when he released a handful of singles showcasing his talent. He released his full-length album, Harmless Melodies, shortly after. With only five years of music production in his discography, the future of the 22-year-old looks promising.

Blame the soft drizzle and grey clouds above downtown Denver Saturday night for the quiet streets where the only semblance of entertainment was found at Summit Music Hall. The early crowd made themselves comfortable front and center as they waited for the indie-soul, R&B artist to take the stage. 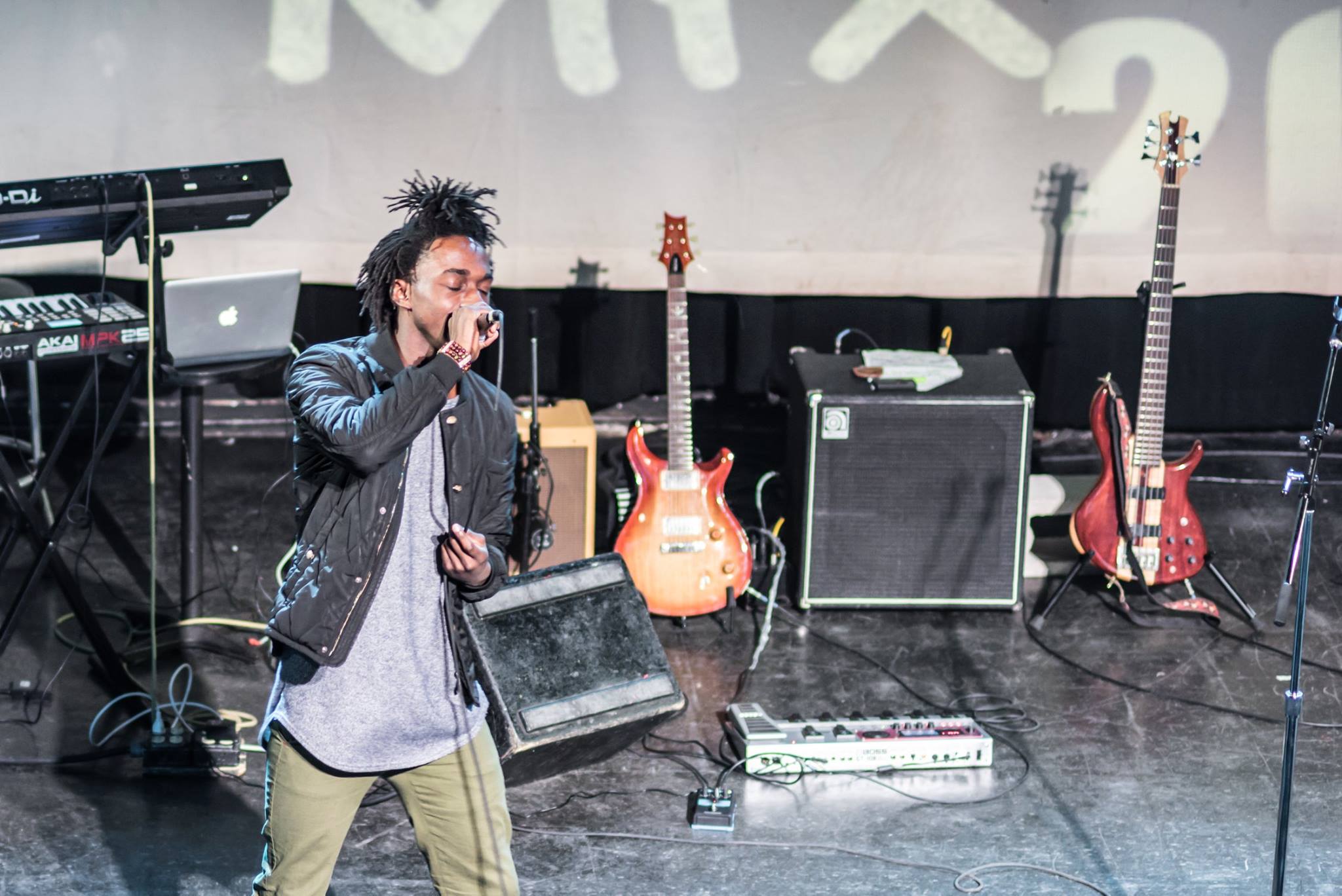 While they waited for the closer, the audience was lucky enough to catch Ric Wilson. The Chicago-based rapper — who’s already toured with the likes of The Roots, Lil Yatchy, Noname and more — refused to see the audience loiter in their wait. By changing the tempo and gracing the stage with his own musical presence, the artist was able to shift the crowd’s weather-influenced gloom into a socially-fueled excitement. He brought the complete package to his set — singing, dancing and entertaining enough to put smiles on the faces of his audience. Labeled as a “funk/disco-infused take on rap,” the music and the artist behind it provided the perfect complementary performance to Yellow Days’ slower, psychedelic vibes.

After a short break and stage setup, Yellow Days appeared and the crowd’s giddiness couldn’t be contained. However, Yellow Days stoically played on, unaffected and uninfluenced — dedicated to his performance. He started his performance with “Be Free,” a  track from his 2020 album, A Day in a Yellow Beat. It was as much an opening track as it was a request for the rest of the night.

Though the ’70s was over four decades ago, listening and grooving to Yellow Days was an insight into the peace and love lifestyle that influenced the decade. It was the message, the beats and even the crowd — which alluded to ’70s fashion — that provided a groovy but laid-back environment.

The multi-talented artist moved from instrument to instrument after each set, showcasing his diverse abilities on stage and further impressing the crowd. The most noticeable element to his set was, again, his intensive performance. The control never left his microphone. Often described as “howling vocals,” the artist’s pleading lyrics were never directed at the crowd to take over. He spent the night in front of an enchanted audience but rarely came out of his daze, making the music his only real concern. 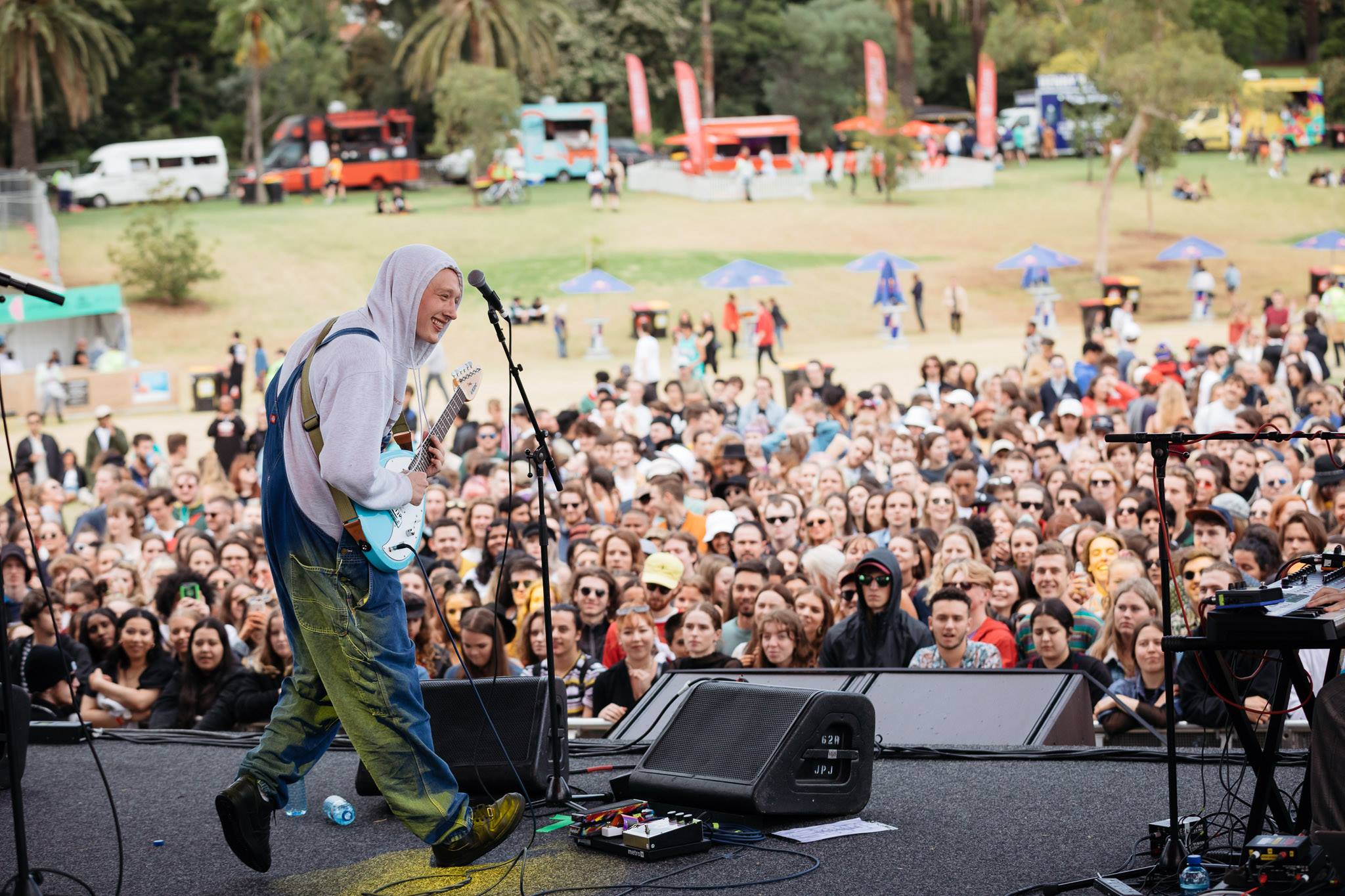 When he did address the crowd, he was often teasing his more popular tracks yet to be played. “If I don’t play the song you like, I know you guys will kill me,” he joked. Songs like “A Little While,” and “The Way Things Change” were among the setlist of soulful hits. Not long after, Ric Wilson joined him onstage to play a few of their recently released songs from Wilson’s EP Disco Ric in London Town.

For his last song, Yellow Days quit teasing the crowd and played “Gap in The Clouds” as the cherry on top of his sublime performance. One thing is certain about his music — it appeals to couples. It contains a proclamation of love and comfort that might explain the chilled-out audience enjoying the zen, intimate environment with their partners. After finishing his set and coming out for an encore, the musician thanked the Denver crowd before humbly exiting the stage.