Fan Expo Denver, formerly Pop Culture Con, made its official debut this past Halloween Weekend. Starting on October 29 through October 31, the convention hosted a Fan Expo Denver Special Event as a little taste of what is to come before its full-on Fan Expo Denver event planned for next year.

The convention hit the city with celebrity appearances, panels, workshops, vendors and cosplay galore — perfect for the holiday of dressing up.

Fan Expo Denver started the weekend with some oddity with a “Denver Intl’ Airport: Terminal of Weirdness” panel, moderated by Aaron Sagers of Paranormal Caught on Camera. The panel explored the conspiracies of the Denver International Airport, the art displayed within its terminals and of course, Blucifer, with the help of Denver Post journalist John Wenzel and Stacey Stegman, the senior vice president of communications, marketing and customer service at Denver International Airport.

Throughout the convention, attendees were able to listen in on a myriad of panels such as a “Nasa Small Body Missions – Lucy You’ve Got Some ‘Splaining To Do” panel held by a scientist from Southwest Research Institute, a “Queer, Weird and Not ‘All’ There: Diversity In Entertainment Industry” panel with Pitiful Smile Media and even a “Is Your Quija Board Ghosting You?” panel with Aaron Sagers for the perfect vibe for Halloween.

Fan Expo Denver Special Edition also hosted a number of Q&A’s with celebrities held in the Bellco Theater. Convention-goers flowed into the theater for each Q&A session to hear from their favorite celebrity about their experience in acting, their favorite roles and their upcoming projects.

On day one of the conventions, Felicia Day, known for her roles on Supernatural, Eureka and The Guild spoke about the difficulties of fitting into the Hollywood mold, the hilarity of picking out Halloween costumes with her child and the anxieties of building an image and a brand while balancing acting. Day also spoke about her Discord platform and the creation of her own cryptocurrency coin.

“I like doing things that are different. I like doing things that people haven’t done before. And I also like representing those things so that people will get into that space earlier, especially women, people of color and people who are diverse — just showing people there’s something cool and new here, so let’s get in here and try to play creatively because, for me, tech always makes me creative. So the idea that I could do a whole slate of shows and like introduce people to DnD or tabletop or nerdy people or nerdy things, LARPING, like all of it, is very underground and very niche. And so my love is using technology to make things not niche,” Day explained. 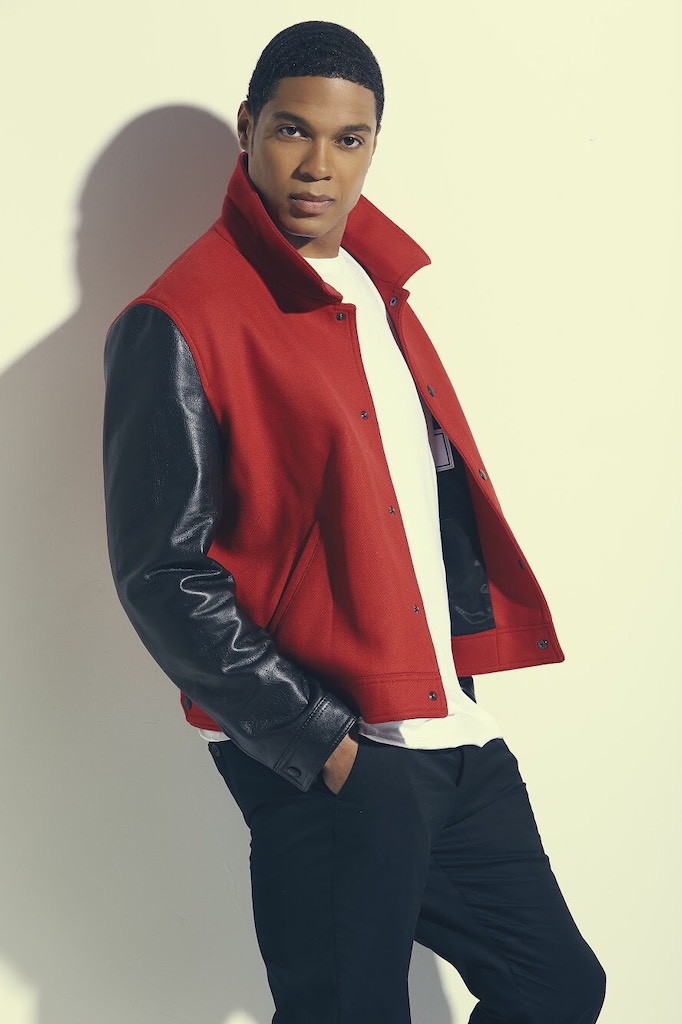 Ray Fisher, who plays Cyborg in D.C. Universe’s Justice League, made an appearance at the convention giving fans of the weekend a chance to meet the superhero in the flesh. Fisher spoke about the representation of POC in the media, taking time off of social media for mental health and the love of the D.C. Universe and comic fans.

Fisher praised fans and convention-goers, stating, “My favorite thing is being able to geek with people about stuff that I also geek out about, like Justice League and these characters. I just love choppin’ it up with folks and just having a good time.” 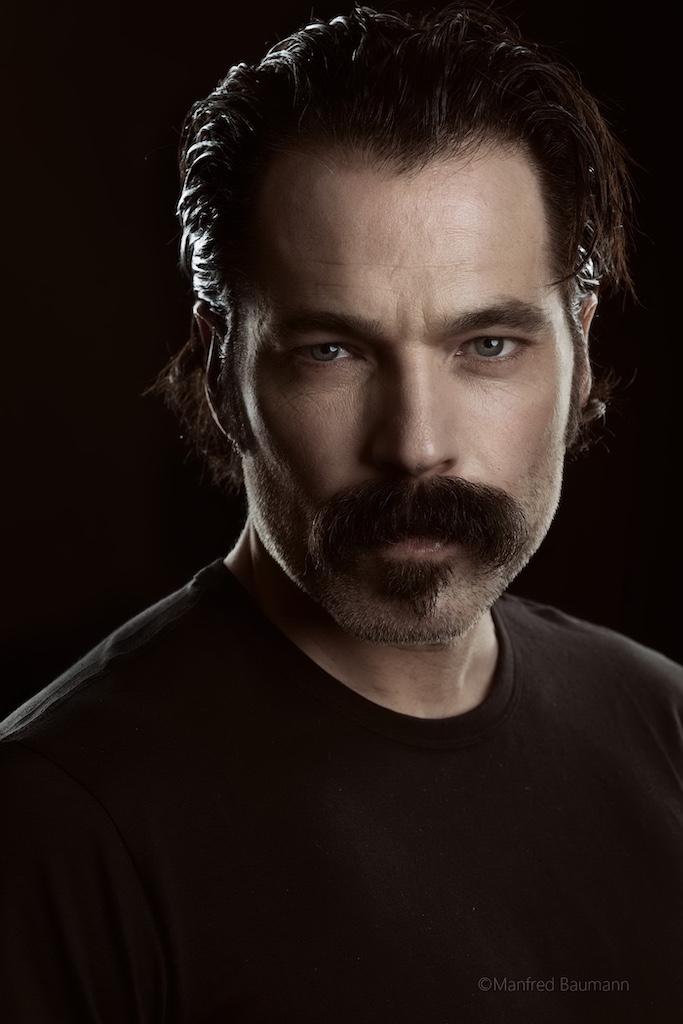 “I’m very fortunate to be part of two of the most incredible fandoms in the world. And they always show up at the fan expos and they just blow my mind and warm my heart and make me feel good about life. They just kind of recharge my soul, to be honest. I’m not kidding or being cliche. These people are amazing — it’s super fun. And I just get to hang out with great people for a weekend. So I’m excited,” Rozon said. 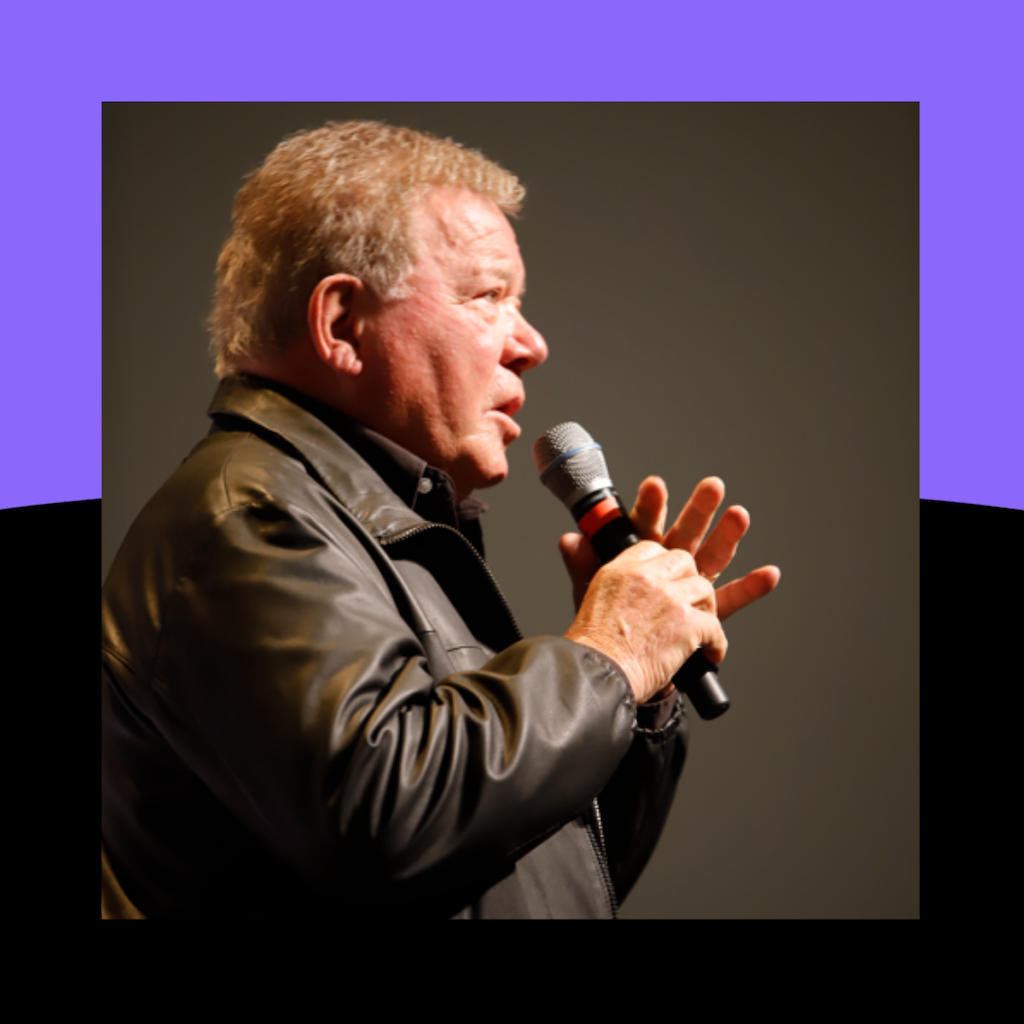 William Shatner, the legend and now self-proclaimed “half-astronaut,” graced the stage of the Bellco Theater for the last day of the convention, giving fans an extra jolt of excitement to finish out the weekend. Shatner started his spotlight talking about stuntmen and leaving wild scenes that might result in harm to the stuntmen but not himself, using the phrase, “Stuntmen are the ones that get hurt” with an emphasizing smile and a nod.

Shatner later went on to rally tales about going deep-sea diving with sharks, but alas, no stuntmen. And then as the crowd buzzed with more and more excitement, Shatner began to delve into his latest experience of being launched up into space — again, with no stuntmen. He relayed his difficulties with a five-point harness, the thrill of g-force and then gave an explanation of the scene he saw looking back at the earth and space. He explained the blue of the planet, the beauty of the life-giving Gaia and then the black harsh death void of space. He ended the session with a somber message of the life and destruction of our planet.

Shatner stated, “I feel such empathy for what we’ve done, what we’re doing and what we’re trying not to do. It’s so important. I come back with that message.”

Vendors from all across Colorado and the country traveled to the Colorado Convention Center to sell their art, confectionery goods, books and more in the Merchant Mesa. The hall held an Artist Alley with a chance to purchase art created by local and national artists in all sorts of genres. You could also explore an Author Alley with authors presenting their novels, offering signings and a chance to get some brand new literature exposure.

This year you could shop from booths such as Koko Kuma from Conroe, Texas who offered handmade and hand-designed apparel and accessories. Colorado-based dice creator Ben of Summit Dice offered 3D printed and cast metal for those who wanted to elevate their DnD experience. And Cap For Kids – the nonprofit organization that helps raise funds for families with children who are going through cancer treatments – once again made its mark on the con.

This year cosplayers brought their best to the Fan Expo Special Edition. After a year off of conventions, many cosplayers had a lot more time on their hands to perfect their cosplay, leading to even better and bigger costumes for the Fan Expo Denver Cosplay Craftmanship Cup. Many cosplayers even had multiple cosplays lined up for the weekend for an even wilder experience. 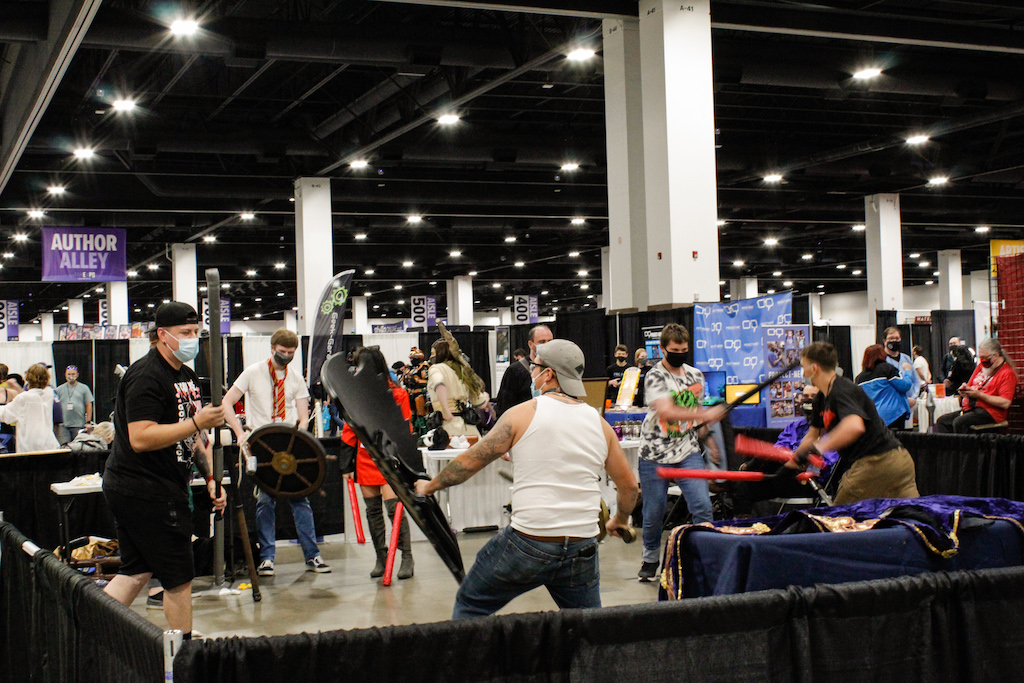 Pop Culture Classroom continued its educational and fun programming in a workshop zone of the convention. The organization offered a range of workshops for all ages, from children to adults, and from all genres of pop culture media. Con-goers could learn about film production or play with props and act as stuntmen to live out their wildest action hero dreams.

Overall, Fan Expo Denver Special Edition made its mark on the Mile High City. Comic fans, cosplayers and con-goers alike are thrilled to see what Fan Expo Denver has lined up for its official event in July 2022.