All photography courtesy of Peter Heller

When he’s working on a novel, Colorado author Peter Heller writes 1,000 words a day, seven days a week. “I treat writing like an Olympic sport,” he said. “I hop out of bed excited every morning to keep going … It’s really hard, and you have to be fit in a lot of different ways — mentally, physically, spiritually and emotionally.” 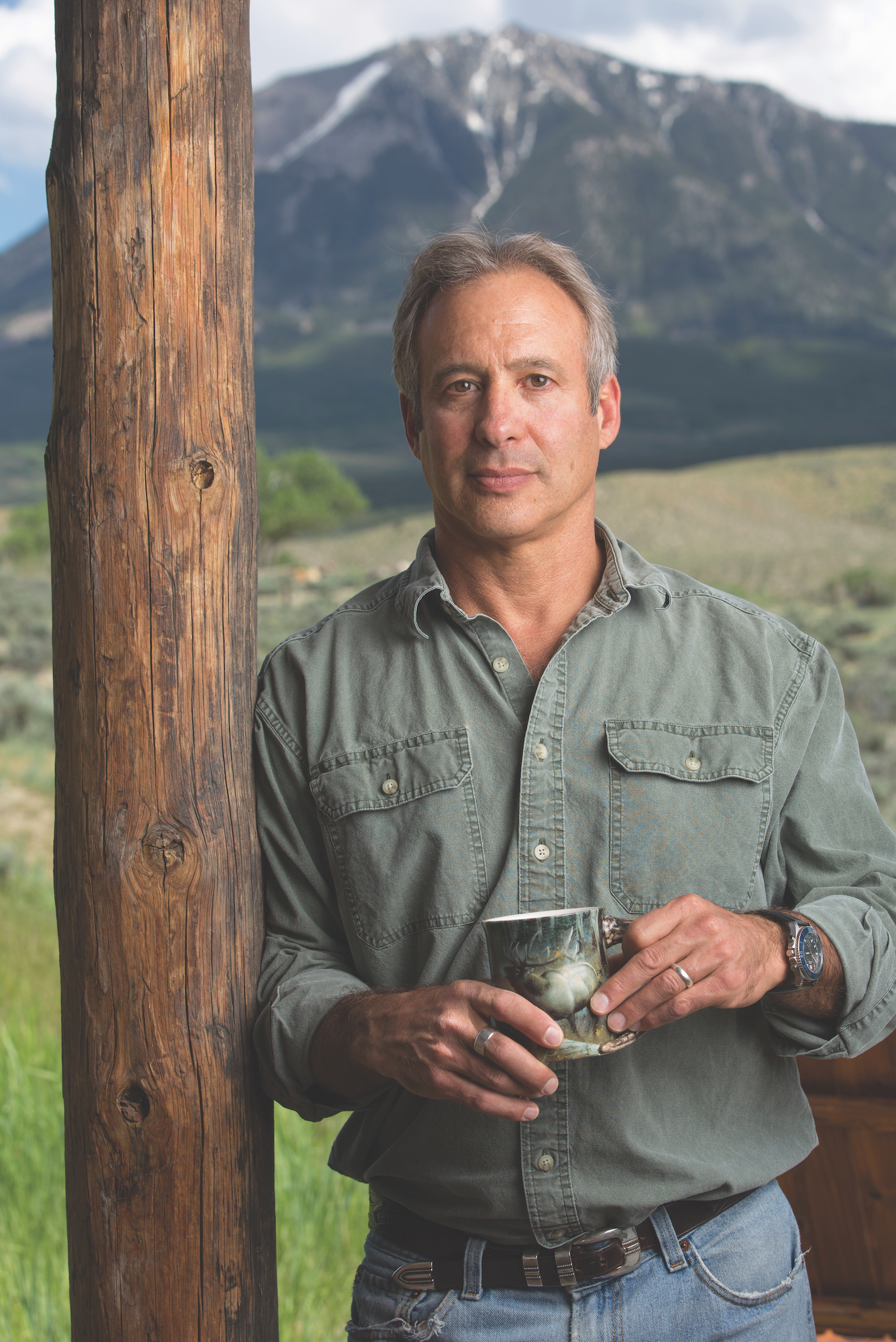 Peter Heller at his home in Paonia, Colorado

Heller’s had a rich career, from adventure journalism for publications like Outside Magazine and National Geographic to publishing four nonfiction books and five novels. The Guide is his latest product — he just wrapped up a book tour in Missoula and took advantage of the ideal setting by fishing the rivers nearby and in Yellowstone National Park.

The new novel follows Jack, the protagonist from his previous book The River, and is set at an elite fly fishing lodge outside of Crested Butte. “We left him sort of brokenhearted and pretty alone at the end of The River,” Heller said of Jack. This was his first time carrying over a character from another novel. “I didn’t mean to, he just showed up. And I was glad to see him because I was worried about him after the last book,” he said. “Little did I know that the situation that he found himself in now is going to be even more rugged.” The Guide is available for purchase as of August 2021.

Heller loved literature from a young age, partially crediting his father for reading to him every night. After a school librarian in Brooklyn Heights directed him to a volume of short stories by Ernest Hemingway, he was hooked.

“You know, my heart leapt out of my chest and I was like, ‘I want to do that,’” he said. “I wanted to hop off a slow-moving freight train and carry a rucksack and camp by the Big Two-Hearted River and make cowboy coffee and not burn my tongue, just the way Nick Adams didn’t burn his tongue,” he added. “But mostly I wanted to write like this guy because it was my first experience of prose just going through my skin straight to my heart — sort of bypassing the head.”

He studied the methods of great fiction writers. “I read that Jack London put up words that he didn’t know on his wall, so I did that. I copied out poems and paragraphs, and music I loved,” he said. “I made lists of words that I wanted to use just because they had a nice heft and sound — all that.” After graduating from college and looking to make a living, he decided to combine his two interests: writing and “radical kayaking.” The first piece he wrote for Outside Magazine on kayaking the Tibetan Plateau was their submission for the National Magazine Award. 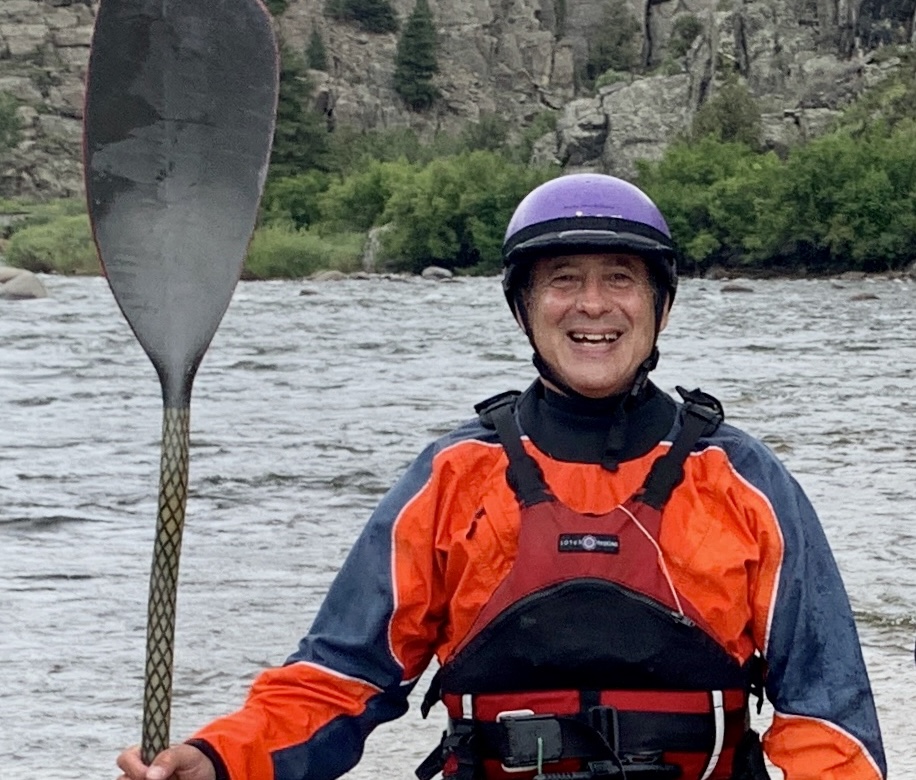 After working extensively for publications all over the country, Heller finally dove into fiction. “I was writing for Business Week and they were paying a lot, and I thought ‘You know, I think I have nine months where I don’t have to take a story, and I can sit down and write the novel I’ve always wanted to write,’” he said. “And I sat down and I just wrote The Dog Stars in like a white heat,” he added. “It was amazing — I would just sit down at the table in the coffee shop and just say to myself, ‘Don’t think. Don’t think, just listen.’ Of all the expeditions I’ve done, it was the most thrilling experience I’d ever had.” He never returned to nonfiction, saying, “Once you start making it up, you won’t go back.”

Though he’s originally from the East Coast, Heller calls Colorado home and says he fell in love with the state during a summer break from Dartmouth. “I came out to Colorado to kayak and I was 21,” he said. “I learned to kayak in New Hampshire, where there’s snow in the banks and the icy river is cold and rocky and freezing. We came out to Colorado and we’re paddling this big water and it was like 90 degrees,” he added. “You stuff dried in five minutes, there were elk in the meadows and snow-capped peaks — it was like a no-brainer. I’ve lived lots of places, but I always end up coming back.”

He discussed the differences between the East Coast and the Southwest and his affection for both. “I really, really love Northern New England,” he said. “I love the rolling hills and what happens to the woods in the fall. I love the tradition, sugaring season, and cross-country skiing out the back door,” he added. “But it occurs to me that I would have never written the novels that I’ve written if I’d have stayed in Vermont. New England is so traditional — when you’re in those woods as a writer, you can feel Hawthorne and Melville breathing down your neck.”

For Heller, Colorado offers much more creative freedom. “It’s a place where I could hear the voices more clearly and where the possibilities seem sort of limitless in terms of creative work, and I didn’t feel that back in New England,” he said. “Plus the landscapes. In my work, landscape is maybe the most major main character all the time,” he added. “I always loved Westerns growing up, but it wasn’t the ‘shoot ‘em out’ part. It was that the nature and landscape were always the biggest characters in any Western. The human drama’s kind of thrown up against it, but it’s the thing that defines the story. And so for me, being in a place where the landscape is so magnificent and so diverse — so friggin’ glorious — you know, it’s helpful.”

Though he just wrapped up the book tour for The Guide, Heller’s already finished his next novel — loosely titled, The Ranger. “It takes place in the Lamar Valley,” Heller explained. “It’s about an enforcement ranger for Yellowstone National Park who’s recovering from some losses. He likes wolves better than people, and that gets him into some hot water,” he added. Readers will probably be waiting about a year and a half to two years for the new book.

Heller feels like The Guide will appeal especially to Colorado readers who can appreciate the unique setting. “I think people will just go crazy over The Guide because it takes place in the Colorado mountains,” he said. “It has a ‘Colorado kid’ as the protagonist, and this story could really only happen here,” he added. “I sort of challenge anyone who cracks the book to be able to put it down.” 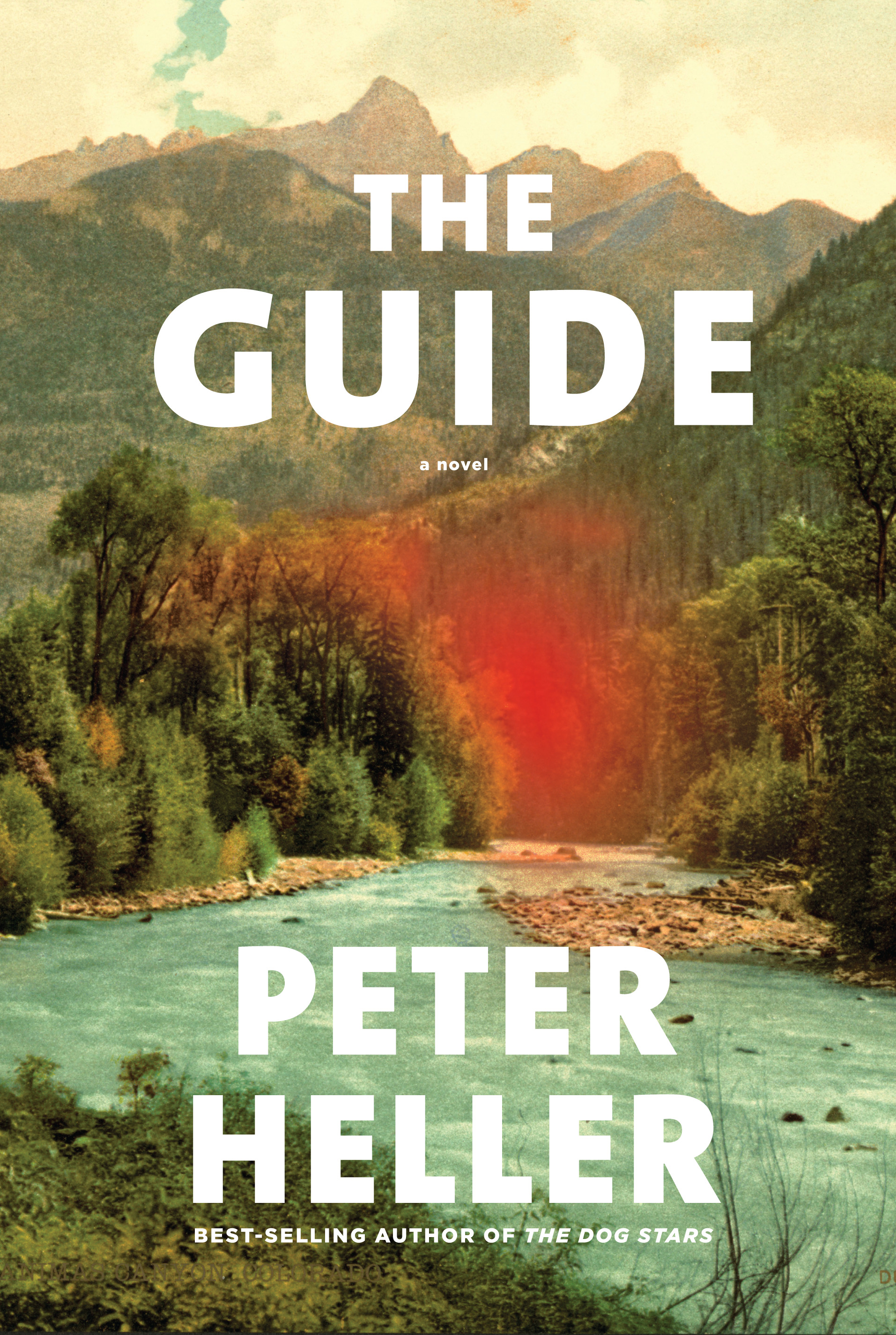 The Guide was released on August 24, 2021 and is available online and in stores around the country. For a list of local bookstores to support, check out this 303 roundup!

All photography courtesy of Peter Heller.