In honor of National Disability Employment Awareness Month, artists Valerie Rose and Chloé Duplessis collaborated on a new mural for RiNo Art District. The artists received a commission from RiNo Arts District and EDENS to navigate disability through public art. Both artists belong to the disability community. 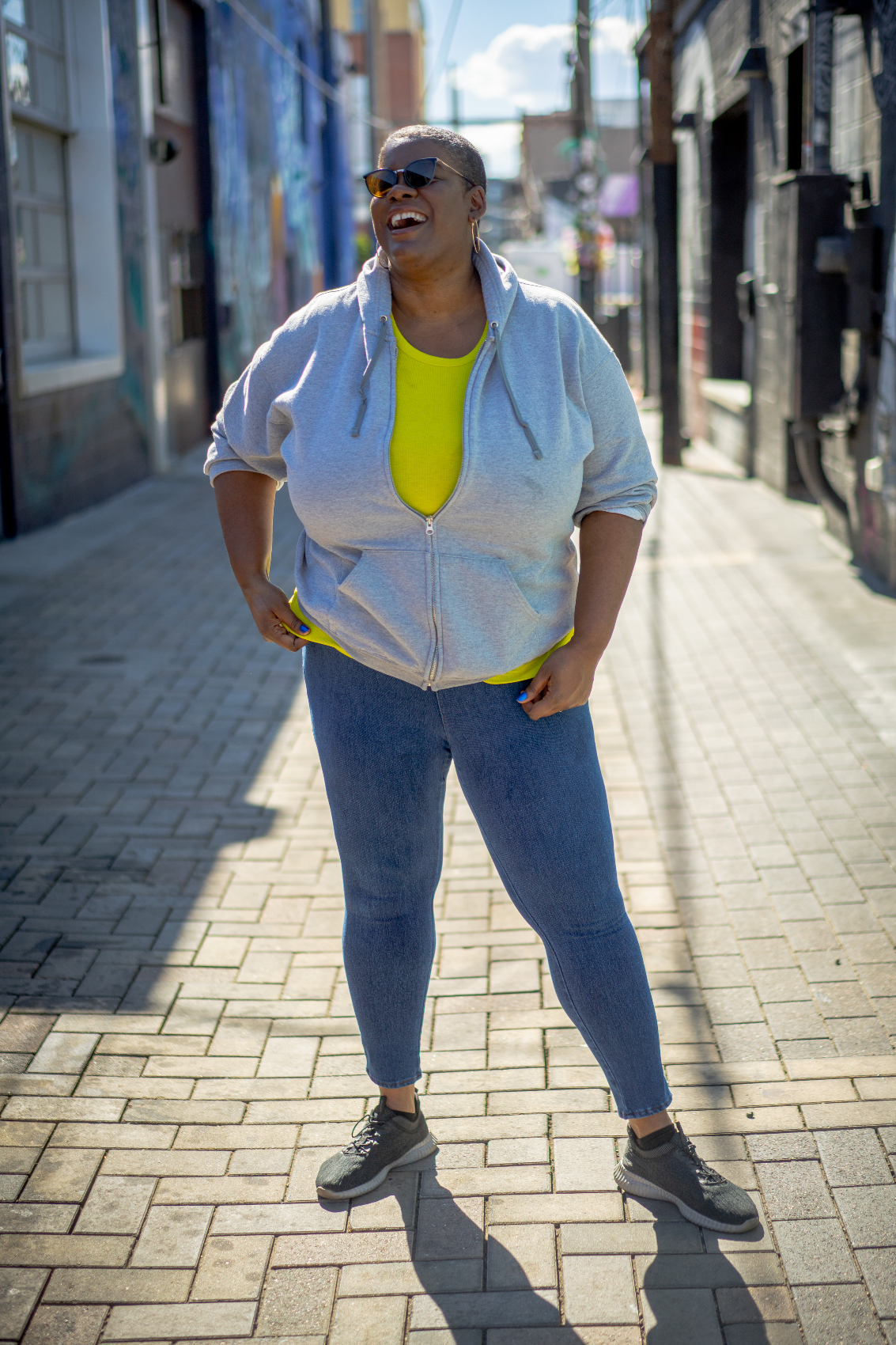 Muralism has a rich history in Denver, going back to the 1970s. Denver artist Emmanuel Martínez led the first muralist wave in the city. As a young artist and activist, he used public murals to propel momentum for Denver’s Chicano Movement. He also received funding from the city to run an art program for Denver youth. It served as one of the city’s first investments in community artists.

Today, murals bring new life to the city once more. For neighborhoods such as Five Points and RiNo, the results are mixed. Commissions for local artists to paint murals in the early 2000s sparked gentrification in both neighborhoods. Artists who made RiNo beautiful can no longer afford to live there — a consequence organizations like RiNo Art District work to change through their funding programs. Still, all throughout Denver, public art remains a form of expression and point of conversation.

Building on Martínez’s style of murals, more recent pieces speak to social issues in an effort to gain visibility and movement traction. In 2020, artists Hiero and Detour created the Spray Their Name campaign, a series of portrait murals dedicated to victims of police brutality. Artists began the campaign in an effort to raise awareness for police accountability in Denver metro and Colorado. Breonna Taylor, George Floyd and Elijah McClain are among those painted.

READ: These Chicana/o Murals Are The Soul of La Alma-Lincoln Park 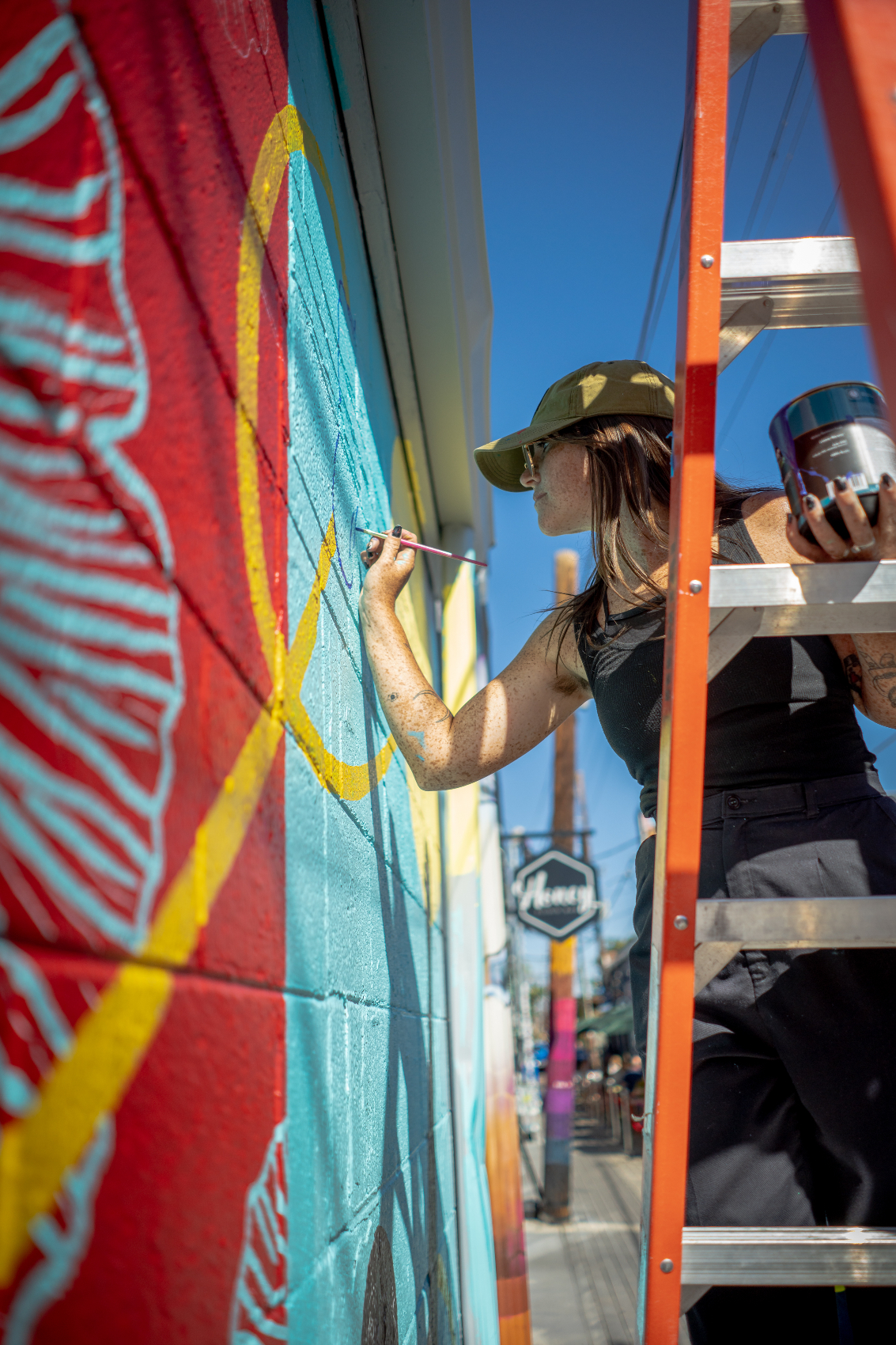 National Disability Employment Awareness Month highlights the contributions of the disability community in our workforce. This year’s official theme reflects the need to create accessible employment opportunities for all. In Colorado, roughly one in five residents live with a functional disability. According to the CDC, functional disability types range from mobility, cognition, independent living, hearing, vision and self-care.

The mural, titled Holding Hope, raises visibility to the unique experiences of Denver’s disability community. Rose and Duplessis incorporated several themes into their work: Disability rights as human rights, inclusion and the need for hope. “People who have disabilities are powerful with unique perspectives, and by giving them a voice and a seat at the table, they can bring immensely positive changes to the world,” said Rose.

Rose is a half-deaf painter, muralist and Denver activist. Raised by Deaf parents, her family’s experiences often influence her artistic choices.”As a half-Deaf woman who grew up in a Deaf family, I have been witness to countless instances of exclusion, which is a form of oppression. Most spaces are simply not accessible for those who are disabled,” said Rose.

Duplessis is a legally blind digital collage artist. She uses her art to facilitate conversations about the work needed to engage in racial justice. She also creates art centered on navigating disability. “I’m honored to collaborate with Valerie in the creation of a mural that will center and elevate the voices of persons navigating disability,” said Duplessis. 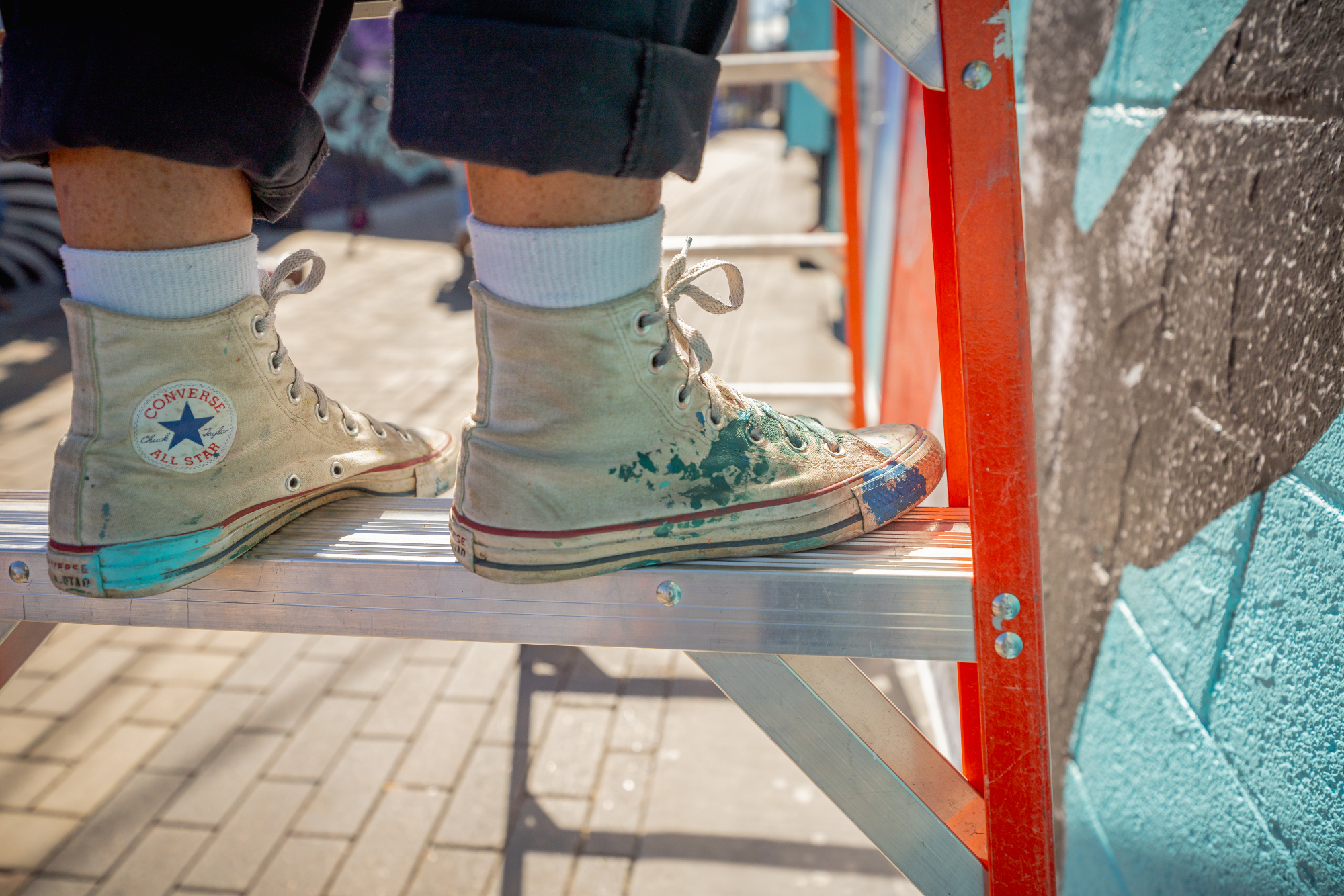 Both artists painted the mural in the EDENS alley from October 2-9. They unveiled the mural on Saturday, October 9. The installation is part of the RiNo Mural Program. Each month, local artists receive a commission to create a mural within the district. Each month has a different theme centered on the voices of marginalized communities in Denver.

“Valerie and Chloé are two incredible artists who are inspiring a new generation of creatives and activists. We’re proud to partner with RiNo Art District to provide space for them to spark meaningful conversations around accessibility and [inclusion] in Denver and beyond,” said Tom Kiler, managing director at EDENS.

Holding Hope is open for public viewing along the EDENS alley at Denver Central Market in RiNo. To learn more about RiNo Mural Program, click here.