Anyone who’s walked around La Alma-Lincoln Park has noticed the big, colorful Chicana/o murals adorning the sides of buildings. They’re vibrant, lively and add color to the streets — but also go far beyond artwork. They play a huge role in defining and celebrating the culture of the neighborhood, which was renamed in 2013 to honor its role in the Chicano movement. However, the rising popularity of trendy street art could threaten this sense of cultural identity according to Lucha Martinez de Luna, a Denver local and director of the [email protected] Murals of Colorado Project — among others.

“The murals painted in our neighborhoods created a sense of place in a country that has denied us access to our history, native language, and feeling a sense of belonging,” said Martinez de Luna. “Chicanos often say we didn’t cross the border, the border crossed us!” she added. “Sadly, displacement is part of our history that continues to this day.”

Allyson Burbeck is a recent CU Boulder graduate with a master’s degree in art history.  She dedicated her thesis to this topic, collaborating with Martinez de Luna to connect with community members and source material.

Martinez de Luna’s connection to the La Alma-Lincoln Park murals is not random. Her father, Emanuel Martinez, painted La Alma — one of the neighborhood’s most influential Chicana/o murals. “When my dad was 19 he hitchhiked to Mexico to learn about murals,” said Martinez de Luna. Both of her parents were active participants in the Civil Rights Movement, or El Movimiento.

“Murals on public walls celebrated our heritage, marking spaces in the urban landscape that told the youth and others that you are safe and welcome here!” she added. “The murals are the soul of our community. The erasure of murals symbolizes our erasure.” Martinez de Luna also commented on the use of the term Chicano. “Chicano is not an ethnic group but a self-proclaimed sociopolitical term,” she said. “Chicano is a Mestizo, a person of mixed ancestry (variations of European, Indigenous, and African ancestry. Hispano, Mexican-American, and other Latino youth during El Movimiento began to self-identify as Chicanos to advocate for social justice.”

A Marginalized But Magical History 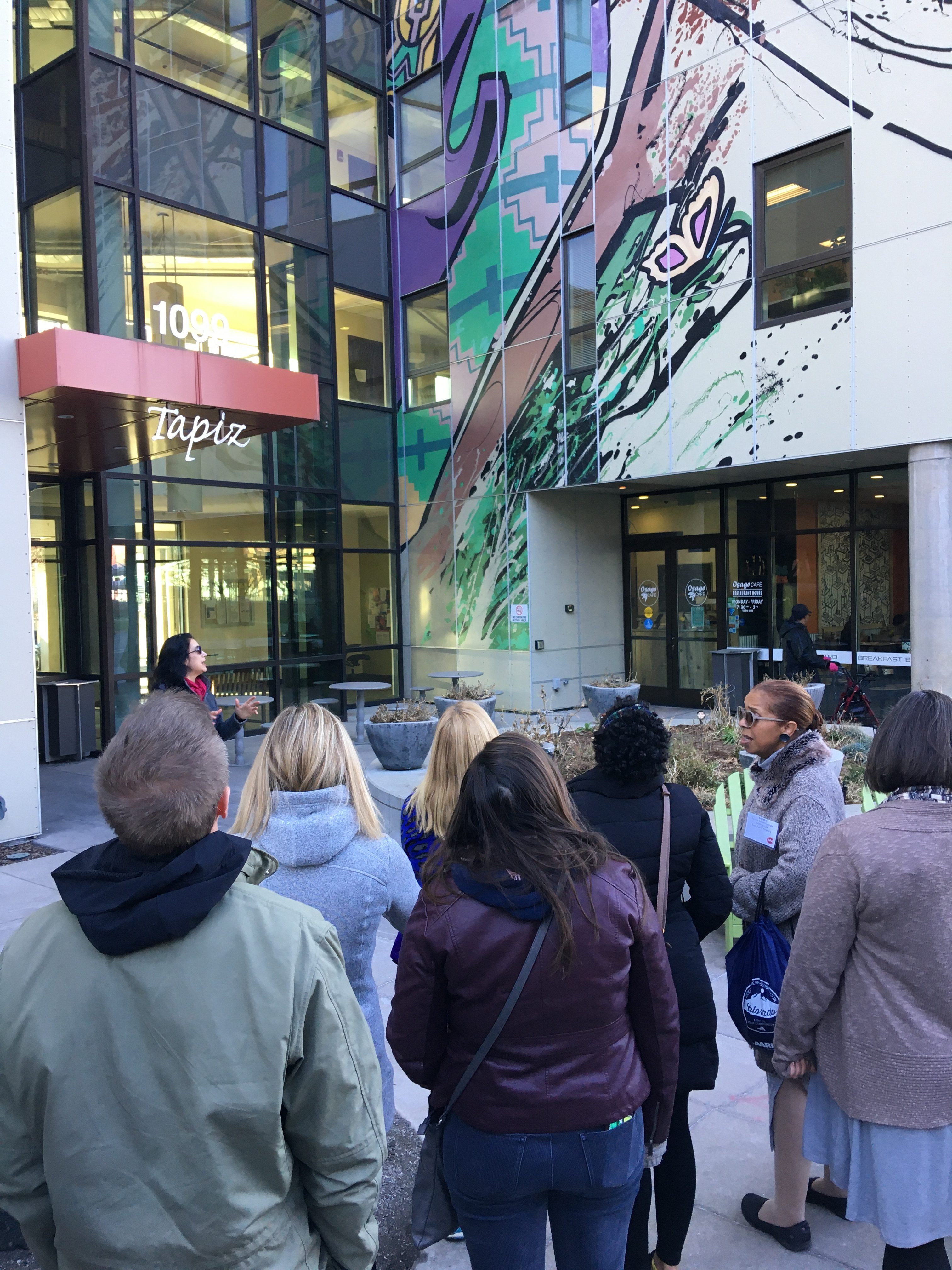 Self-described scholar and activist Helen Giron-Mushfiq lived in La Alma-Lincoln Park while the majority of the murals were painted. “I was very invested in the Chicana/o movement because it gave space to reclaim who I was — an Apache,” she said. “This movement was about reclamation of the indieneity of the Chicana/o, pride in traditions, culture, and language,” she added. “I call this time ‘magical’ because it gave us so much hope of a new day.”

Giron-Mushfiq has called Colorado home for her entire life. “My family were migrant farmworkers that followed crops in Colorado: chile, potatoes, green beans, cucumbers, and many more,” she said. They lived all over the state, and she says that her favorite place was “a boxcar in the middle of a field in Las Animas county … my family and I lived there during a summer when the weather was hot, so we could sleep outside under the boxcar … I was a very happy child with all the open space, where I could run and play and let my imagination go wild,” she added.

To her, the La Alma-Lincoln Park murals are so much more than decoration — they’re a representation of El Movimiento. “The murals served as the spiritual reminder of what we were fighting for,” said Giron-Mushfiq. “It tickles me today to listen to people who have never heard any marginalized history, as if it’s something new.  These histories are in the oral traditions and have been spread for hundreds of years,” she said.

Though Allyson Burbeck approaches the topic more academically, her thesis lines up with Martinez de Luna and Giron-Mushfiq’s conclusions. “Chicana/o murals made it possible for the community to feel at home in their neighborhood and to claim ownership of this space,” said Burbeck. She initially became interested in street art and graffiti “after traveling to different cities around the United States and Europe … In each city, I observed this urban phenomenon and began photographing and researching … I loved that this art form was accessible to everyone. You didn’t need to buy a ticket to an art museum or know anything about art history to enjoy it.”

Burbeck certainly doesn’t condemn street art as a whole. She questions it in situations where it contributes to the erasure of culturally significant murals and subsequently, the erasure of the culture in question. “There is a stark divide between community-based Chicana/o muralism and street art in the name of the creative, which has begun to transform the character of La Alma-Lincoln Park,” she said. “The appearance of street art murals in La Alma-Lincoln Park transforms its distinctly Chicana/o public spaces … I argue that this results in the gentrification of public space, which eventually pushes Chicana/o residents out of a neighborhood that has historically belonged to them,” she said. 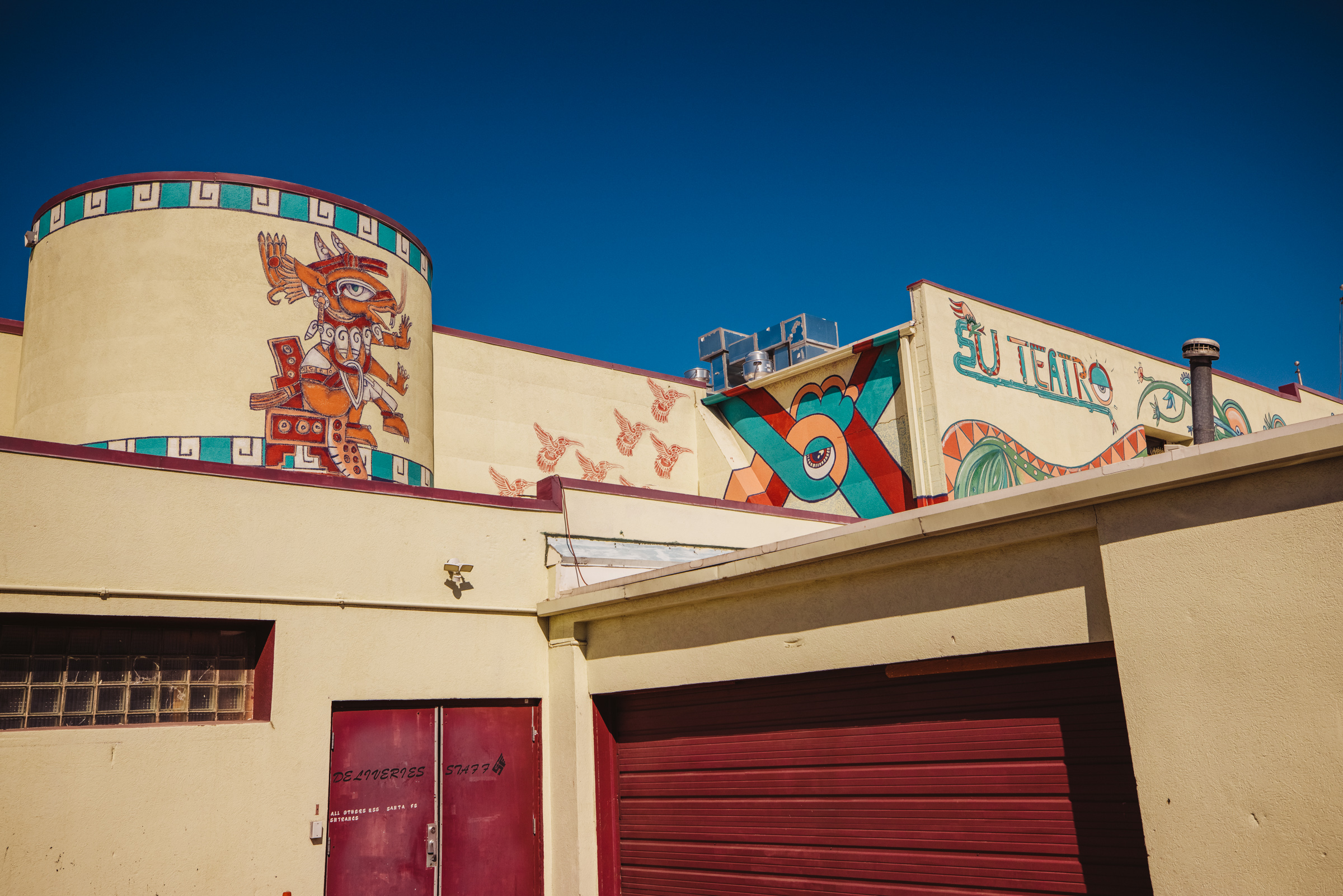 Burbeck ultimately hopes to encourage deeper thinking and critiquing of street art, muralism and the environments in which they’re situated. She also hopes that people will “think critically about who made this artwork, for what reason, how it impacts the immediate community, and how it might exclude certain groups of people.”

“Although I cannot call myself a Chicana, I have learned much from the members of this community, and they certainly have my respect and admiration,” she said. “I hope [people] understand that public art in its many forms is not necessarily democratic. I have considered myself a graffiti and street art enthusiast for many years. Because I love these forms of expression, I must also critique them to ensure that they do not forget their humble beginnings as outsider, emancipatory practices and their alliance with the working class and racial and ethnic minorities.”