Rock-Themed Bars in Denver Worth the Ruptured Eardrum

Denver’s rock bar scene has shot off in the past couple of decades. Even though fabled staples like 3 Kings Tavern on South Broadway and Streets of London didn’t fare so well after a pandemic, rock music has always had a special relationship in the Mile High City. After all, Denver hosted Led Zeppelin’s first North American concert in 1968 and was home to the mysterious Family Dog venue — now PT’s — which allegedly hosted acts like Jimi Hendrix and Janis Joplin back in the day. And thanks to our world-renowned venues like Red Rocks and endearing local gems like Twist & Shout — which recently got boosted by Rolling Stone — it’s certain that the local rock scene is only getting bigger and better. Pair it with an oversupply of delicious craft beer and late-night hours, and you’ve entered the Rockies trifecta.

Today the live music scene is taking off and bars are popping up all across town. To help you navigate some of the staples around the city, we’ve gathered some of our favorite rock-themed(ish) — cue the pretentious comments — spots in Denver for great drinks, and even better bangers. 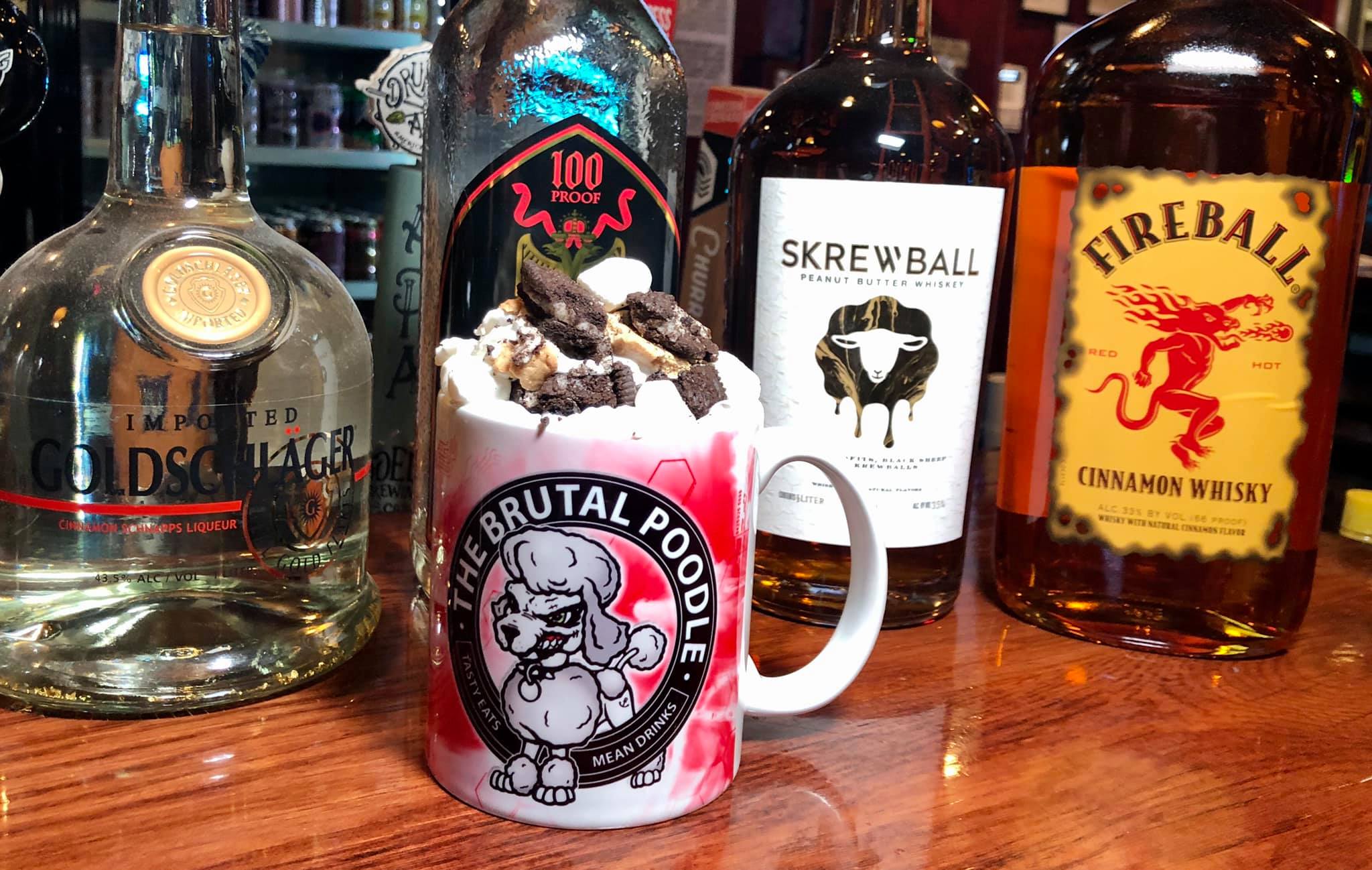 The Lowdown: Get in before the kitchen closes at 10 p.m. for some slappers like The Wings ($11) or the jalapeno cheddar-covered Poodle Bites ($9) with Sriracha maple syrup. Former Son Survivor bandmates and 20-year restaurant veterans Ryan Oakes, Wes Moralez and David Yoshikawa give this sinking bar on South Broadway its authentic, and surprisingly welcoming, atmosphere.

Headbanger karaoke is every Tuesday from 9:30 p.m. to close. Count on a hefty selection of canned and draft beers on tap, along with specialty cocktails like the Lars Ulrich, and endless loops of heavy metal on (near) maximum volume. 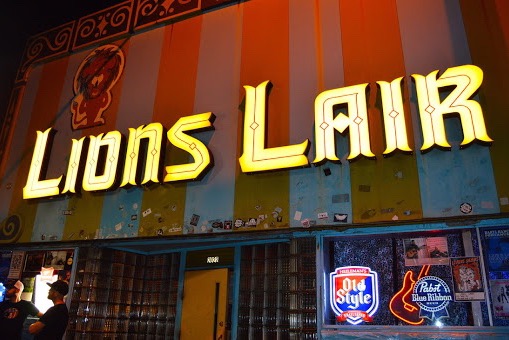 The Lowdown: Probably the most well-known on this list is Lion’s Lair. The venue on East Colfax has featured live punk rock music for over two decades. Its grimy and nostalgic atmosphere has given its reputation as a staple dive bar in the Denver metro area. After a COVID hiatus, the venue had a scare of tearing down its iconic blue and off-yellow signs from East Colfax. A GoFundMe campaign supported some expenses, and its doors remain open for now.

If loud punk rock isn’t your vibe, the venue also features indie rock bands and has introduced other fan-favorites like open mic nights and comedy shows. The owner, Doug Kauffman, considers the Lair to be the oldest independent music venue in Denver. It has hosted both small, local and mega touring acts like the Black Keys and Slim Cessna’s Auto Club. And if you’re on a budget, it might be the spot on East Colfax to find cheap drinks ($4 Drafts of PBR and Bud Light, plus $5 wine and domestic bottles of beer). Oh, and there’s pizza – but we can’t speak to how good it is, so try it out yourself. 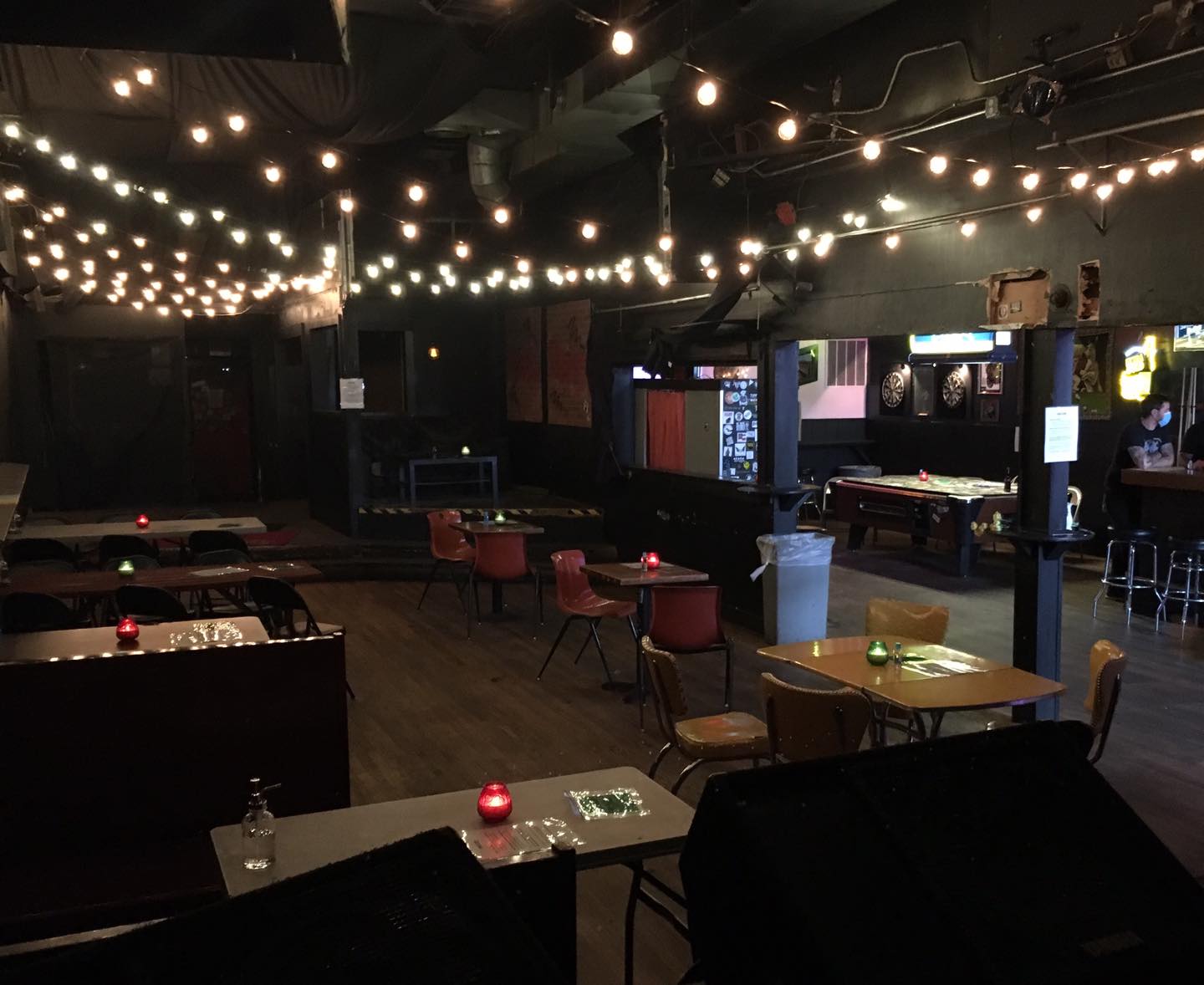 The Lowdown: Since 2003, Hi-Dive has hosted many bands who got their start at the dive venue in Denver’s Baker neighborhood. Live music is all up in your face here, mixed with strong and reasonably priced drinks — for a dive bar, anyway. It’s the perfect experience if you’re looking for an old-school, sweaty night out.

Events like movie nights, karaoke, comedy acts and free pool on Mondays run throughout the week. There’s no food, but if you’re craving a late-night dig-in, head over to Sputnik — under the same ownership — right next door that’s open until 2 a.m. every day.

Keep in mind that this is a tight space, so if you’re not into the shoulder-to-shoulder intimacy paired with an intense sound system, stay out of the Google reviews and quit being a killer, man. 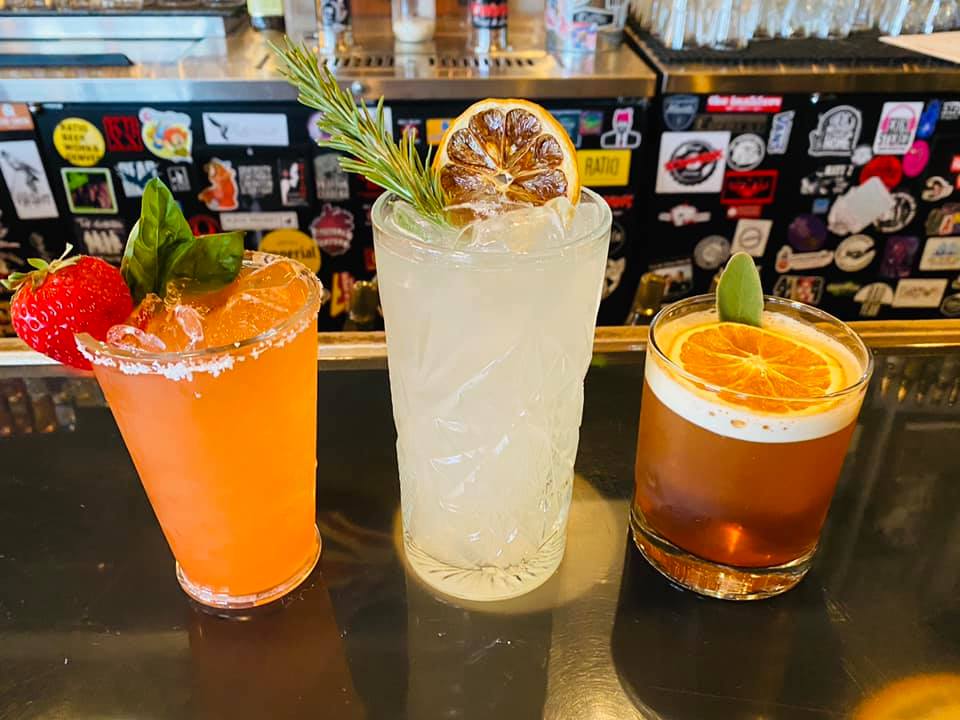 The Lowdown: Bowman’s is a low-key, eclectic spot for classic rock lovers. The menu has house infusions, wine, draft beer and specialty cocktails–many curated by bartenders [try the infused pineapple mango habanero tequila, Hot For Teacher ($10), or Dancing  With Myself ($10) with cucumber infused gin].

With a solid collection of vinyl for sale, bingo nights and live music, Bowman’s has emerged as a Denver hidden gem since 2015. They pride themselves on being weird, but without a doubt leave a great impression on anyone who walks through the doors. 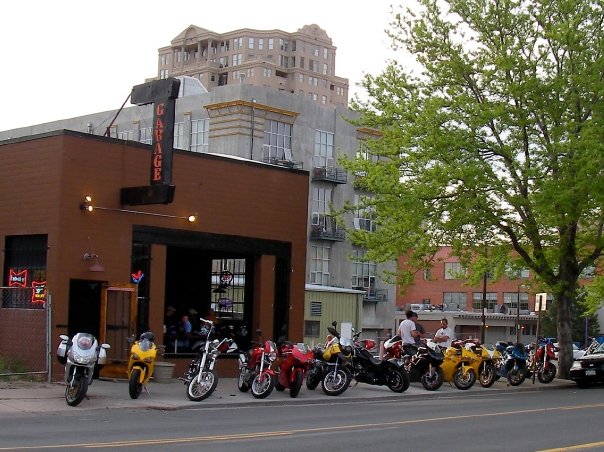 The Lowdown: A bit hidden from the exterior, Bannock Street Garage — or “Garage Bar” if you’re driving by — deserves more recognition for its old-school hole-in-the-wall vibe. Despite its stature, it’s a surprisingly welcoming spot for both Harley and PBR fans. Go for a Billy Jack special ($5.50) that includes a PBR and shot of whiskey and a complimentary cigarette, if you’re into that.

They host regular bike nights, live music and a DJ every first Friday of the month. Reach for Smirnoff Victory Shots for just $3 or go ham on the Beef Brisket French Dip ($6) with swiss cheese and rosemary focaccia bread.  There’s pool, darts and the venue plans on introducing trivia nights soon. Spontaneous shenanigans are frequent here, along with old-timer prices and a decent selection of rotating rock and heavy metal. 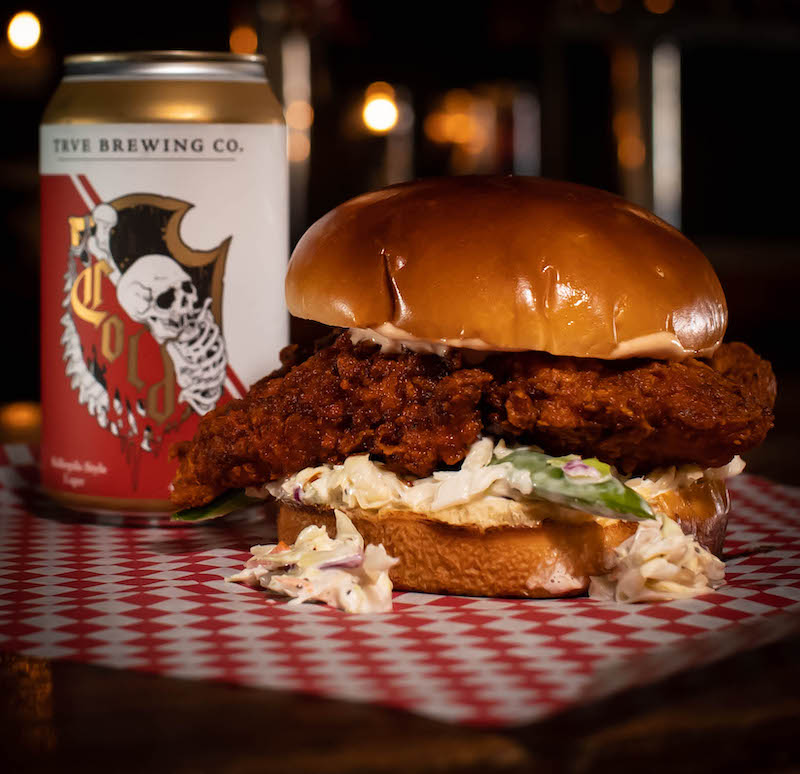 The Lowdown: Grab your plugs granny ears — TRVE has some of the best jams and beers on South Broadway, and perhaps all of Denver. It’s loud in here. But now, so is the chicken — thanks to the taproom’s new outpost with Music City Hot Chicken; the classic chicken joint opened its satellite location in the taproom on August 6. The beers are bangers, too. Go for the classic mixed culture sour ale Cursed or the new Death in Fire, a light corn lager brewed specially for Music City Hot Chicken.

Complexity is what makes TRVE’s beers stand out, and it’s the epitome of a heavy-metal bar if we have anything to say about it.