Creation — whether it be sonic or visual — is a radical and often tumultuous act of emotional upheaval. Artists of many disciplines reside at the intersection of such emotional confession. With Meow Wolf’s Convergence Station opening this month, some of Colorado’s finest musicians have been pulling double time contributing to the interactive art experience — and not just aurally.

Down Time’s Justin Camilli is one such artist. His exhibit Post Apocalyptic Paradice imagines a distant future free of humanity — it is a story of thriving presence via human absence. 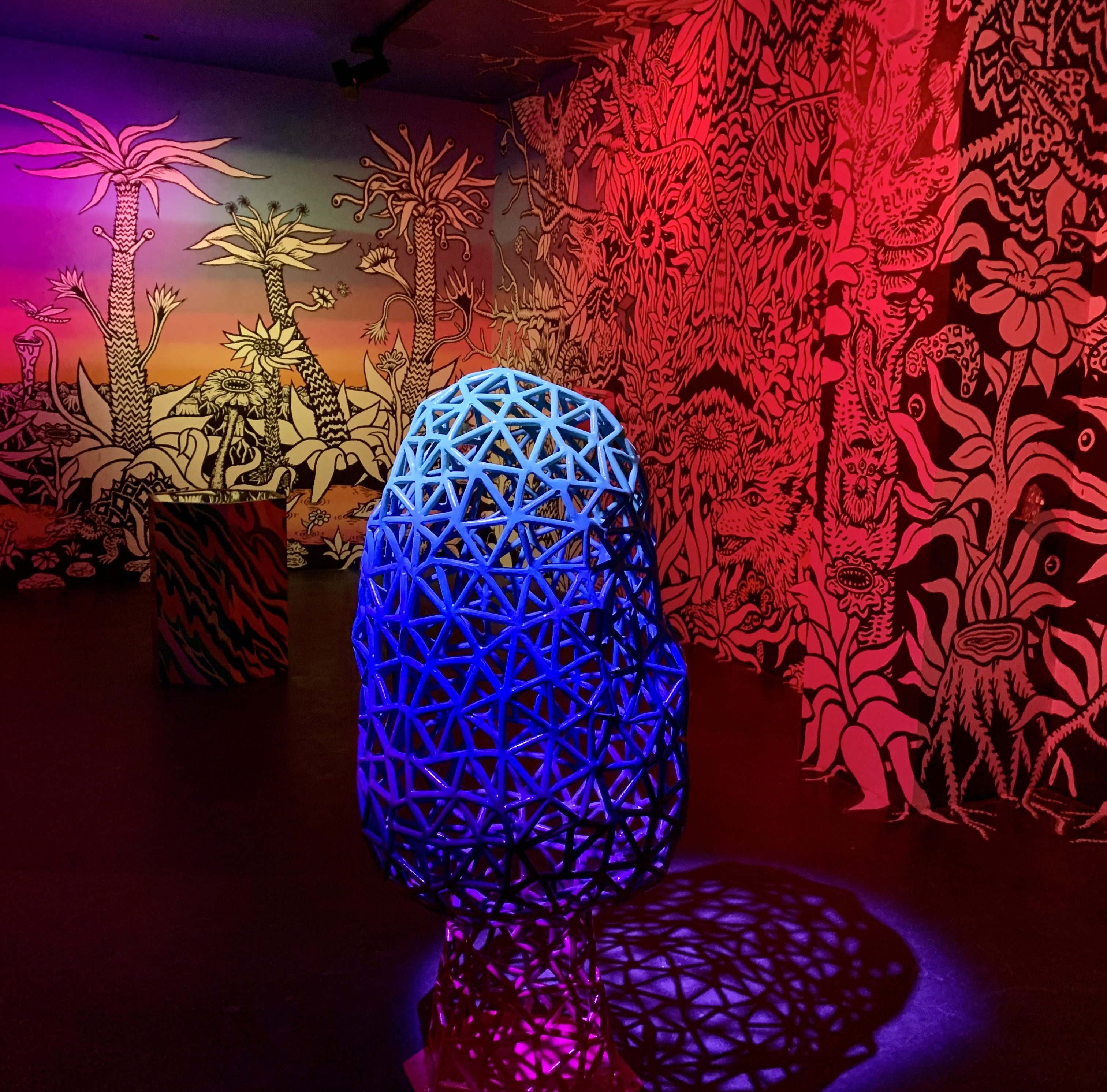 “I have always gravitated towards characters or stories that have elements of contradiction,” Camilli said. “Humans want to categorize everything into neat little boxes, but the reality is messy and complicated. I aim to make artwork that reinforces non-binaries. How can paradise exist within an apocalypse?”

The room exudes contradiction, with soft ambient music cascading over a bold, at times chaotic, neon landscape. Camilli’s own varied music taste shows through, pulling inspiration from Brian Eno’s Music for Airports and Suzanne Ciani’s Buchla performances from the ’70s. Though his mediums vary, Camilli admits his process for creating music and visual art are remarkably similar.

“Once that initial idea is down then it’s time to be more critical and nail down the specifics,” Camilli said. “Like should this artwork be more expressive with loose brushwork, or should it resemble cold commercialism and have sharp graphic lines? Or what instrument best captures the sentiment of the song? As a practitioner of both mediums, I find myself constantly comparing the two.”

Genre-defying musician Joseph Lamar also contributed to Meow Wolf’s interactive scenery. Lamar conceived soundscapes for each of the four different worlds within the Station, giving him a chance to flex his newly-discovered sound design chops. By design track transports the listener into the worlds set in front of them. For the street track, Lamar asked himself what music might sound like in the future. He opted for a minimal, industrial and at times, bombastic sound to capture the scene. 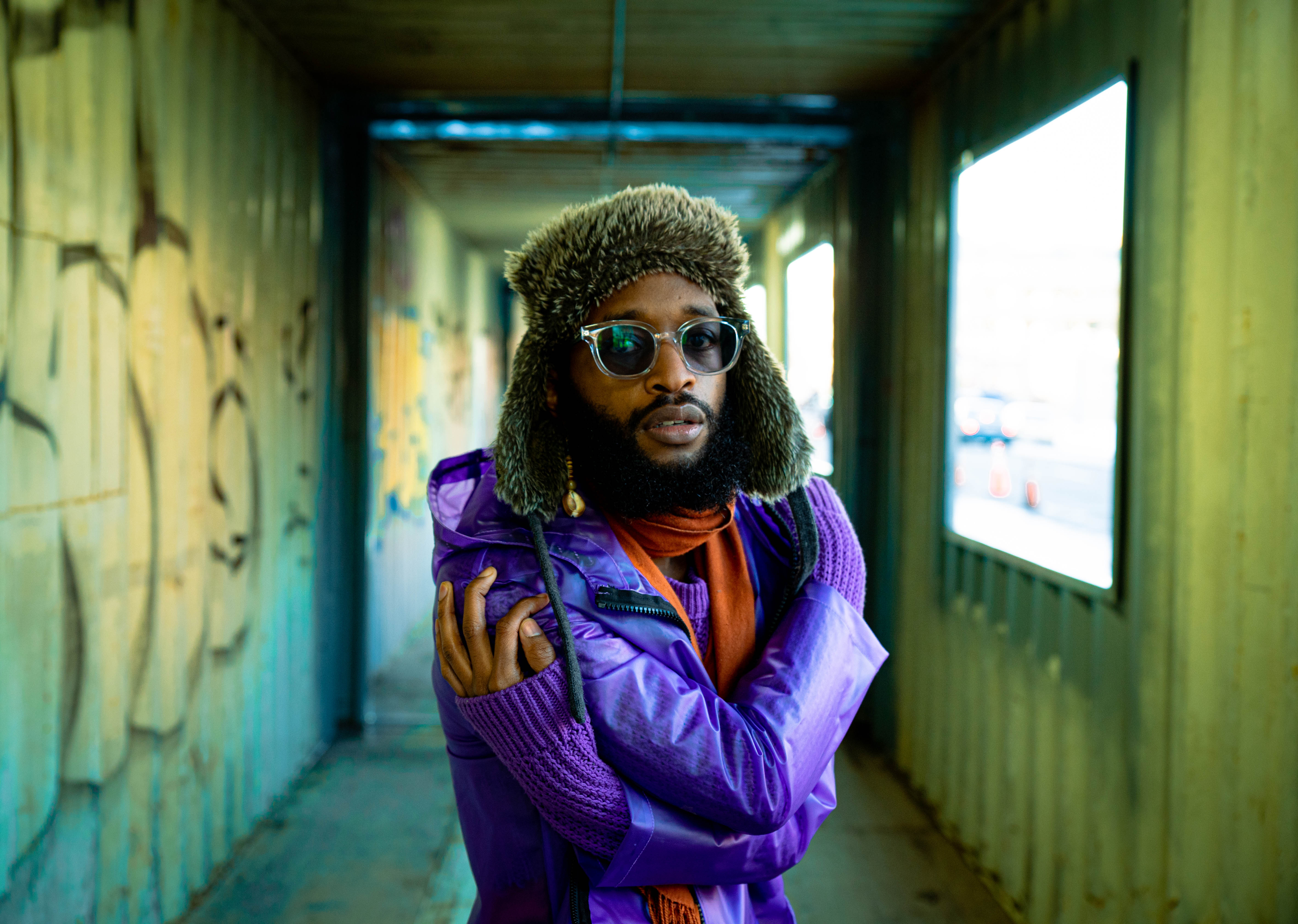 “The whole project gave me a chance to do different things — and almost different personas — on each track,” Lamar said. “These four different worlds have converged in the same time and space, and everybody’s trying to figure out what happened. And so the exhibit that I’m a part of, it’s this DeLorean-esque car. And the radio in the car is actually like an interactive music interface. I got to make tracks for people to play along to as well as the synth and drum sounds for the sequencer. People can sit in the car and kind of make their own music on the radio.”

Lamar doesn’t shy from outward inspiration, which made the concepts available from Convergence Station easily digestible.

“I think that, for me, it was open-ended enough to feel involved and engaged creatively,” Lamar said. “But it was also the [concepts] that [Meow Wolf] gave me that were inspiring. I like to work from, you know, concepts or narratives because that’s sort of what I do for my music. You know, the album I most recently released as a concept album, I was using literature and film and a lot of things for inspiration as I was writing the songs. That kind of thing is right up my alley.”

Both Camilli and Lamar work as Colorado-based creatives. Their exhibitions open with Meow Wolf’s Convergence Station on September 17, 2021. Meow Wolf is located at 1338 1st St, Denver, 80204.