Down Time Releases Newest Album With the Help Of Denver Darling, Tennis

The opening track of Down Time’s newest album Hurts Being Alive begins with a choice. Lead singer Alyssa Maunders is the showman, guiding the listener with a fragile nudge towards the “Other Side,” as she coaxes you out to the edge of comfort. You can go ahead and surrender to this, or decide to shut the computer, turn off the speakers, close the blinds — do this some other time. The bleeding heart is hard to expose, especially to three musicians you probably don’t know. But Down Time wants to be that middle ground, that safe place between hurt and understanding.

Intentionality is pretty universal. We choose how the rest of the world sees us. We hire people to market us and our companies (or in this case — bands) when we’re not all that good at figuring it out ourselves. It’s easy to produce an image. What’s hard is the self-awareness to own an image, created out of authenticity, scars and all. Down Time’s world isn’t about selling an experience. They’re telling you their story, with all of the good, the bad and the ugly in-between.

Getting there isn’t always easy, though. Down Time formed in 2015, released their ep Good Luck! in 2017 and toured “with a DIY mentality” afterward, according to Maunders. David Weaver — current drummer and bassist — taught himself how to play bass and would often play shows where he’d perform drums with his feet and bass with his hands. Justin Camilli — keyboardist and guitar player — worked closely with Weaver in the beginning to produce Good Luck!, making the release an independent gem of a project from paper to final product. The birth of Down Time was a  collaboration of their strengths and a conviction that everything else would fall into place. 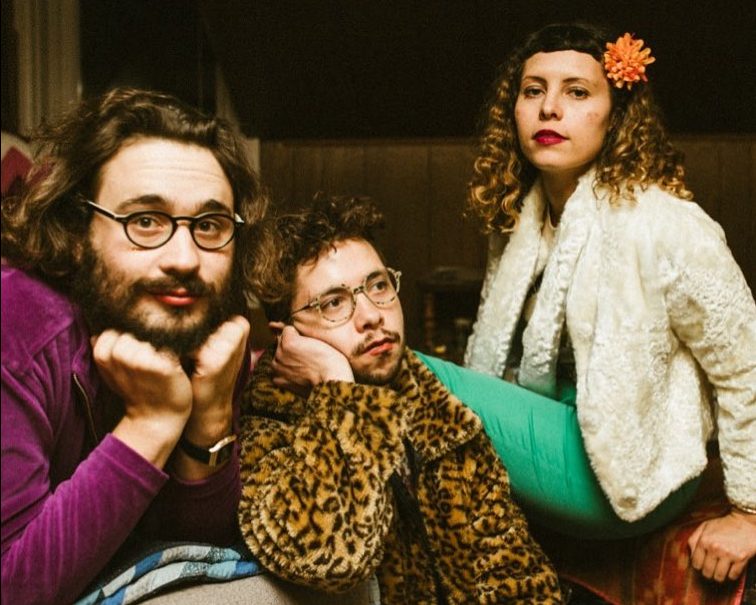 This year and this project are a little different. Their first official full-length album, Hurts Being Alive shies away from the “grandma jams” non-label that was casually boxing the indie-rock band in years prior. Maunders dismissed the past definition, saying “Oi vey, the ‘grandma jams’ description can be forgotten. That was in the early stages when we were trying not to take ourselves too seriously. It felt tongue-in-cheek at the time because we wanted people to hear us and feel comforted or at ease, I guess like with Grandma?” before describing what Down Time hopes to evoke in the future.

The album still remains unapologetically “Down Time.” The band stuck to their analog roots, working closely with producers Alaina Moore and Patrick Riley of the band Tennis to create a sound that was still as warm as their previous EP. Moore and Riley run their tracks through several vintage soundboards, evoking the same sentimentality that has allowed record shops to come back in style. The production is mostly done on the front end, giving Down Time the opportunity to hear their record in its most refined and “in-the-flesh” glory. What you hear in the studio is very close to what you’ll get for the final product, a big step away from the post-production tinkering that litters the digital world.

This attention to detail and passion for their project goes beyond the final steps of production. Down Time has been striving to make this album a reality for over two years. They’re a meticulous band, working tirelessly to evoke the right message, to be seen and heard the right way. Maunders starts a song with an outline, a “song baby” that she hands over to Camilli and Weaver to add to. “I bring these loose ideas to Justin [Camilli] and Davey [David Weaver] and we just jam it. And then we jam it again. And then we freakin’ jam it again. We talk it out and discuss ideas that are exciting and then the best ones stick.” There’s constructive criticism, there are ego checks — as often happens when you give a piece of your art to someone and they tear it apart. There’s constant collaboration. There’s a little bit of flute — Weaver decided that teaching himself how to take over the entire rhythm section wasn’t enough and added the flute to his repertoire and to Down Time’s newest album. Hurts Being Alive is a reflection of the trio’s ability to agree, disagree, and grow together as the cohesive, creative unit. 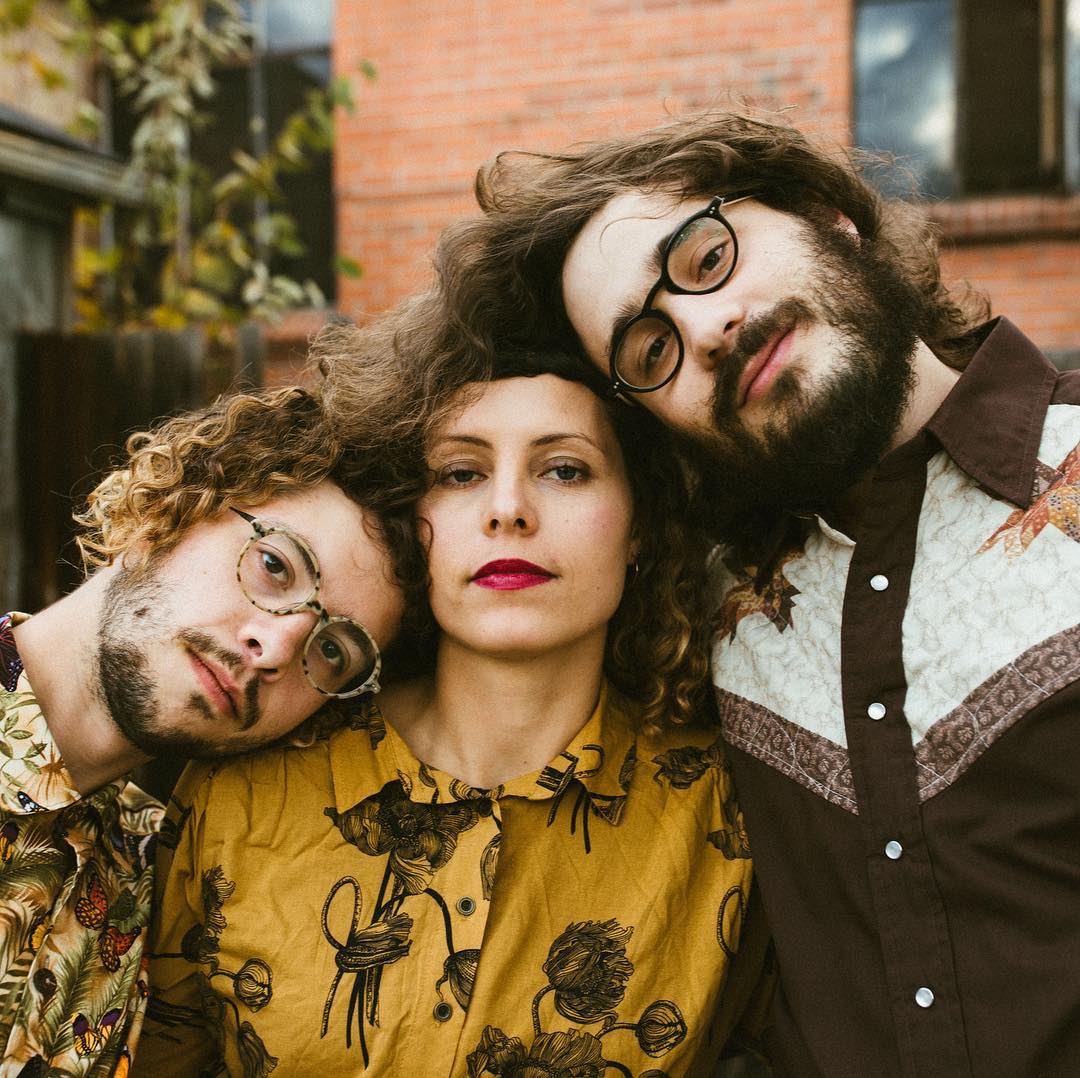 Listening to Hurts Being Alive is not an easy task. As mentioned before, “Other Side” feels like an emotional introduction, but reflecting on the first track midway through the album, it comes off as more of a warning. Maunders’ voice lingers in a valley of haunting and upbeat. There are moments that reflect this throughout the album, letting us peek around the curtain.  Maunders laments that no one walks into people’s homes like ’90s sitcoms anymore in “Not A Complicated Person.”  She deliberately confesses her very human fears   —“I get a rush from all that openness, then I want to run, then I want to be undone” — in album closer “There It Goes.” Hurts Being Alive is a commentary on just that. Being alive is overwhelming and hard and full of melancholy for better days — whether or not those existed in the first place isn’t the point.

There’s something to be said about the band’s aesthetic choices, their lighthearted behavior in both music videos they’ve debuted for singles “Hurts Being Alive” and “Not A Complicated Person” and their overall throwback get-ups. Their presentation reflects the feelings they’re trying to evoke with their lyrics, and the balance they strike between taking themselves seriously and remaining cheerful. Juxtaposing West Coast ’50s-like harmonies in “Blank Stare”  with the absolute longing that lingers in her voice lends the listener room to exist between the two worlds. It’s a finite equation they’ve managed to work out. Carefully balanced, Down Time remains relatable and escapist enough to keep you hooked.

As for where they’re going? Touring is a big part of 2020, with Down Time hitting the Pacific Northwest this year, and new music that they’ve already started developing on the horizon. More importantly, when asked about what is most exciting moving forward, Maunders was all about gauging their listener’s reception to their latest project.

At the crux of their music lies the camaraderie of sympathy, awareness and resolution. What does Hurts Being Alive want to express? “Life is so much to handle sometimes, but sincere art makes it easier to bear.”

Listen to Hurts Being Alive here and buy tickets to their album release party at Lost Lake tonight here.