All photography by Alden Bonecuttter

It’s not hard to find yourself looking down the barrel of a time capsule while watching retro-clad duo Tennis perform. Not only that but their analog soundwaves and vamps feel like a cascading aura of ’70s nostalgia. While it’s a period much of their fan base has never experienced firsthand, it’s one that ruminates from generation to generation, coalescing into something far deeper than aesthetic authenticity. When it comes to Tennis, second-hand highs are more than welcome, because the vibe they employ is unparalleled in the modern era. Returning to the stage for their Red Rocks debut, the Denver-based group’s oft-lauded throwback fever dream was on full display, but more than that, it was a homecoming unlike any other. 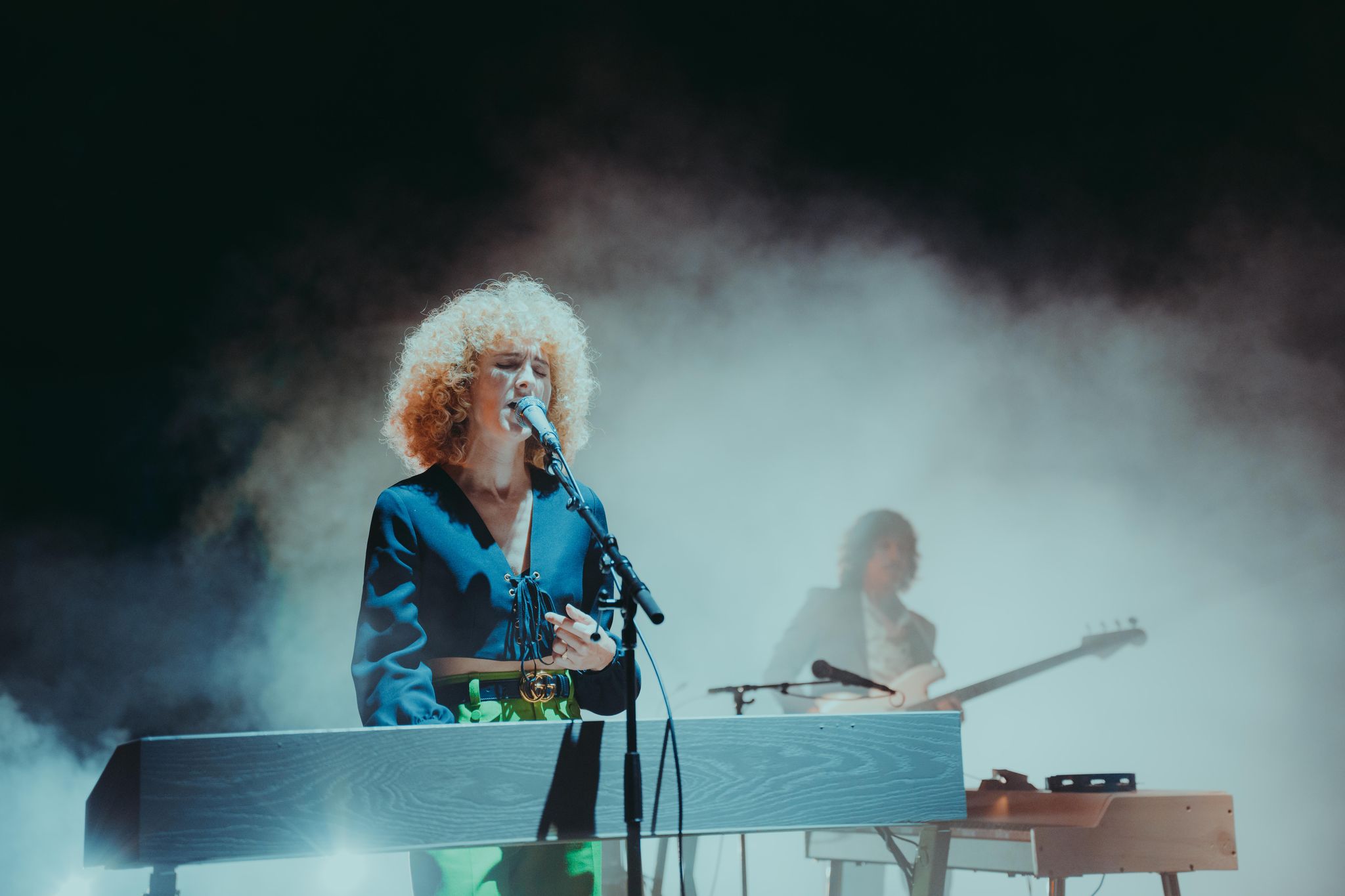 At the turn of the pandemic, as the coronavirus began taking over the U.S. in March of 2020, Tennis was on tour and slated for a career-high of a booking, performing on syndicated television for The Ellen Degeneres Show. Yet, as the coronavirus, upended the entertainment industry, so too was Tennis’ tour and the Ellen Degeneres booking was put on hold indefinitely. More than a year later, however, the duo got a second chance, perhaps even bigger than what they had prior — one of the first Red Rocks shows post-pandemic. Knowing the pedestal of the performance, Tennis rose to the occasion.

Opening up the night was Austin-based singer/songwriter, Molly Burch. Burch, the original support for Tennis’ canceled 2020  tour, took her second chance, albeit in a much larger venue, with grace and endless confidence. Despite her timid and understated speaking voice, Burch disarmed the crowd with her full-bodied timbre and smoky falsetto as she coursed through saccharine slow burns. Not only was it her first performance since February 2020, but it was at Red Rocks no less — enough to intimidate even the most seasoned musician. Undaunted, Burch shepherded the audience through a myriad of her discography, including unreleased tracks from her forthcoming album, Romantic Images.

Caught somewhere between a sultry disco and a’70s soft-rock saunter, Burch and her band set a vibe and then some. Cuts like “Emotion” took Red Rocks by the hand to dance intimately in a shag-carpeted dig, while Burch’s cover of Ariana Grande’s “needy” felt like a studio session, wherein the thousands of attendees happened to bear witness. Burch gave a lesson in fostering intimacy in even the grandest of locations, making Red Rocks feel like a cozy cocktail lounge from a time long behind us. The sentiment was the perfect precursor for Tennis to take the stage. 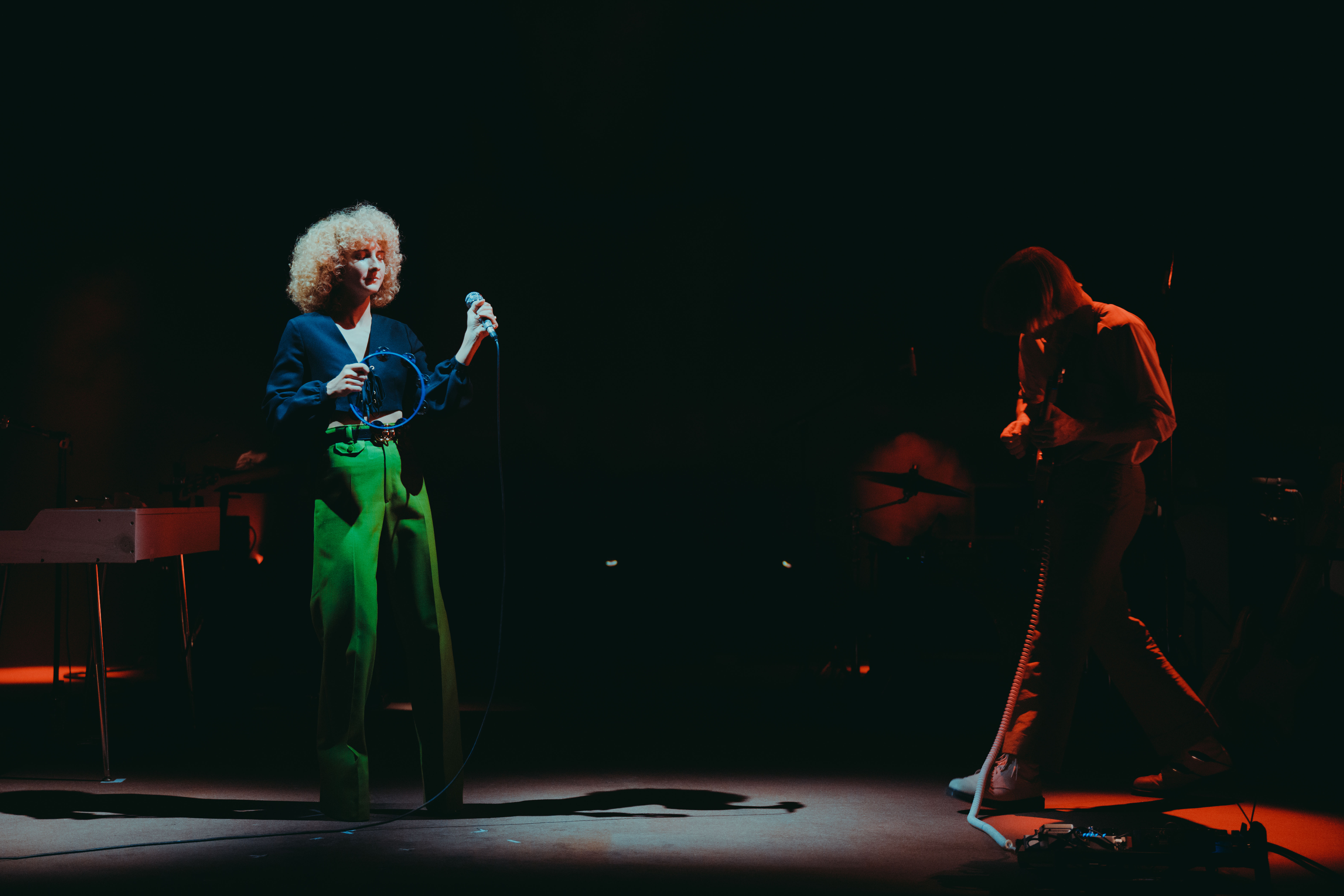 When the time came for Tennis to assume the stage, the audience was buzzing. Cheers erupted at the band’s entrance — bell-bottoms, shaggy-dos and all, as we’d last seen them — with gathering applause that was more than for appearance’s sake, but one that signaled perseverance and a once unfathomable continuation. And continue, they did. From the jump, the band was like a needle in a groove, back in their pocket riding their familiar rhythms.

The warm tones of Alaina Moore’s keyboards and Patrick Riley’s clean guitar runs felt at home on the early summer night at Red Rocks. Their musical chemistry and blasé approach put everyone in a headspace to feel out their music on their own terms. That second-hand high of their sonic nostalgia was more potent than ever, as the duo wove some of their most beloved tunes and more from their latest album, Swimmer. While it was their debut performance at the iconic venue, you wouldn’t have been able to tell from the atmosphere they’d conjured over the venue. They’d taken the intimacy that Burch had started, and doubled down on it — making an evening out of an event. 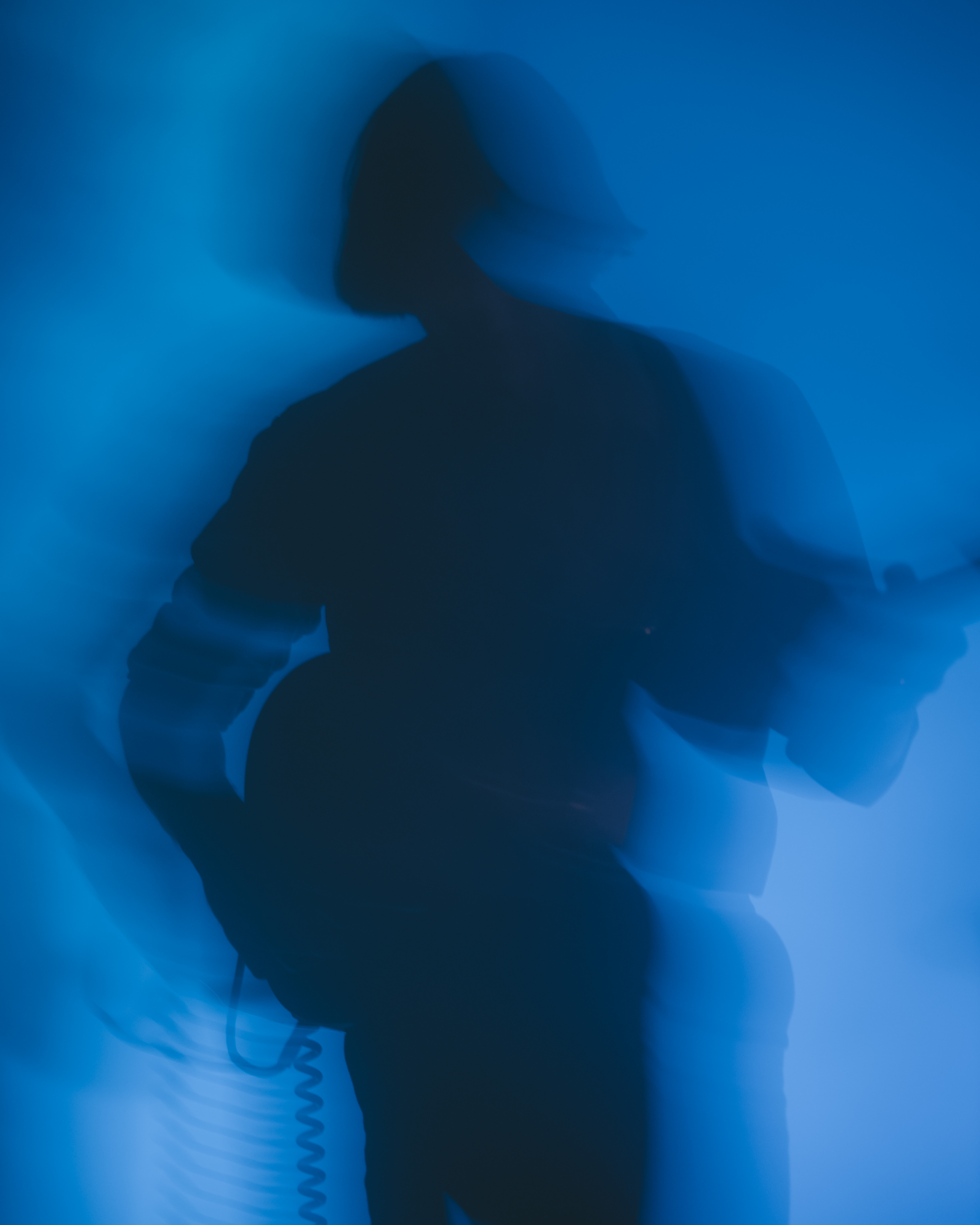 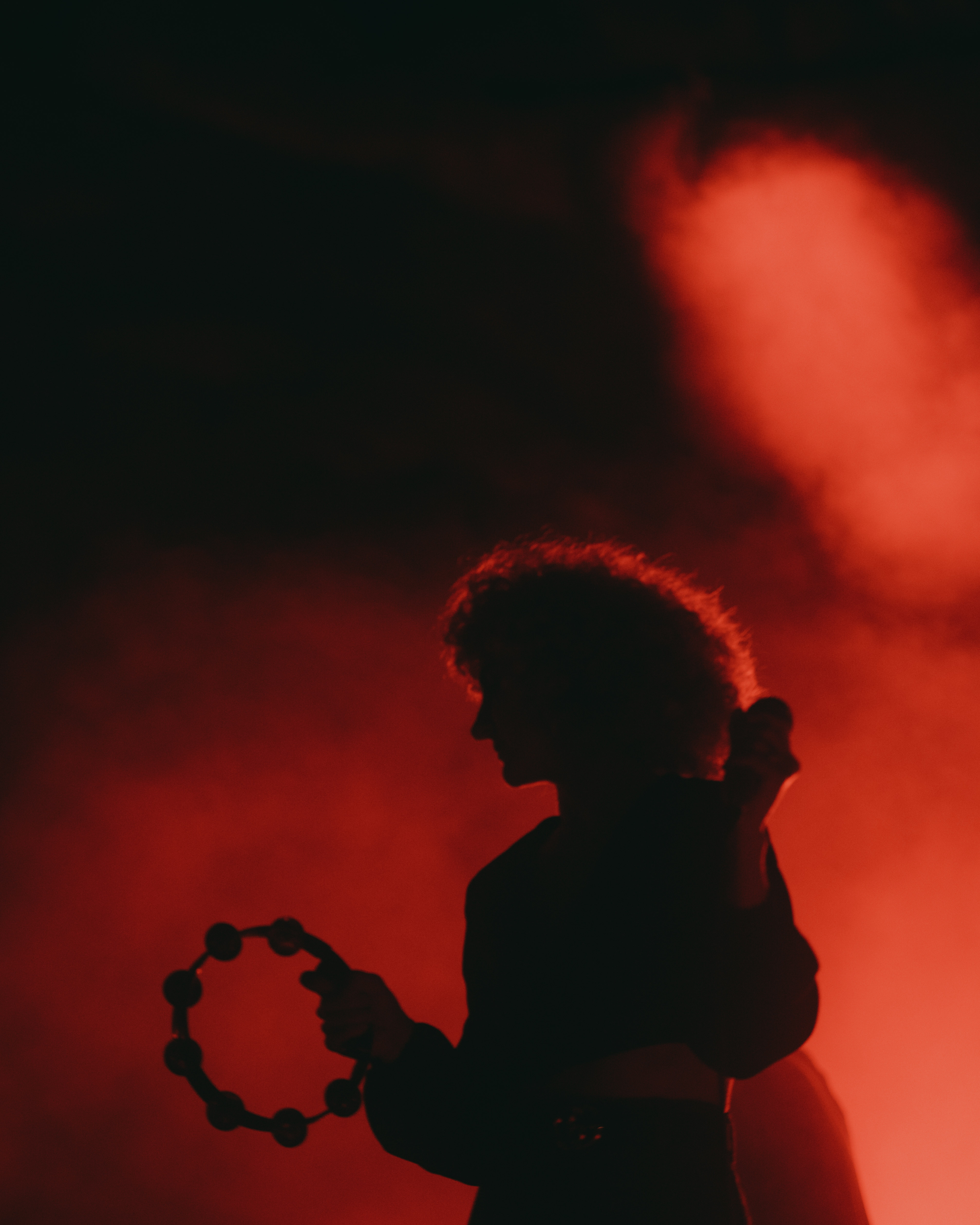 It was a night filled with fan-favorites — a jukebox daydream of Tennis’ best. Beneath dazzling lights, fans were treated to new classics like “Need Your Love” to the old flames of songs like “Needle And A Knife” and “Origins” among others. Shoulders swayed and tongues touched on every word. The persuasive grooves got the crowd riding a constant high. Though nostalgia may be where their roots lie, there were no feelings of looking backward. Nostalgia was the vehicle, but the future was the destination. Closing out with a rare acoustic string of songs, particularly, “It All Feels The Same,” the show ended on a different note. As a whole, while Tennis returned with their familiar sound, this time it hit different, and we have the future to thank for that.

All photography by Alden Bonecuttter.