Same old hikes got you feeling on edge?

Posted on the side of a mountain in Green Mountain Falls – a 20-minute drive from downtown Colorado Springs – outdoor enthusiasts can hike up to the first-of-its-kind James Turrell Skyspace art installation sometime this fall. If you were looking to alter your perception of the sky and space after a nice hike around some beautiful terrain, where better to do it than on the edge of a mountain?

There are plenty of renditions of skyspaces around the globe, but Scott Levy, deputy director of Green Box – the host of the new installation – says it doesn’t do the experience nearly enough justice.

“I might say that in a way it’s like a planetarium, but it’s not really. It feels like a living, breathing, 3D work of art that’s using the sky as the centerpiece,” he explained.

There are about 100 skyspaces around the world, but the one in Green Mountain Falls, currently being built by scratch, is, to Levy’s knowledge, the first one to be built on the side of a mountain.

A couple of years in the making, a half-mile hike takes visitors to an overlook adjacent to a square box. The permanent installation will have inside an eight-foot-wide oculus on the roof that directs to the sky. Inside the chamber, there will be troughs of light, speckling brightness inside the skyspace. This, according to Levy, changes the viewer’s perception of the color of the sky, its size and its existence altogether. 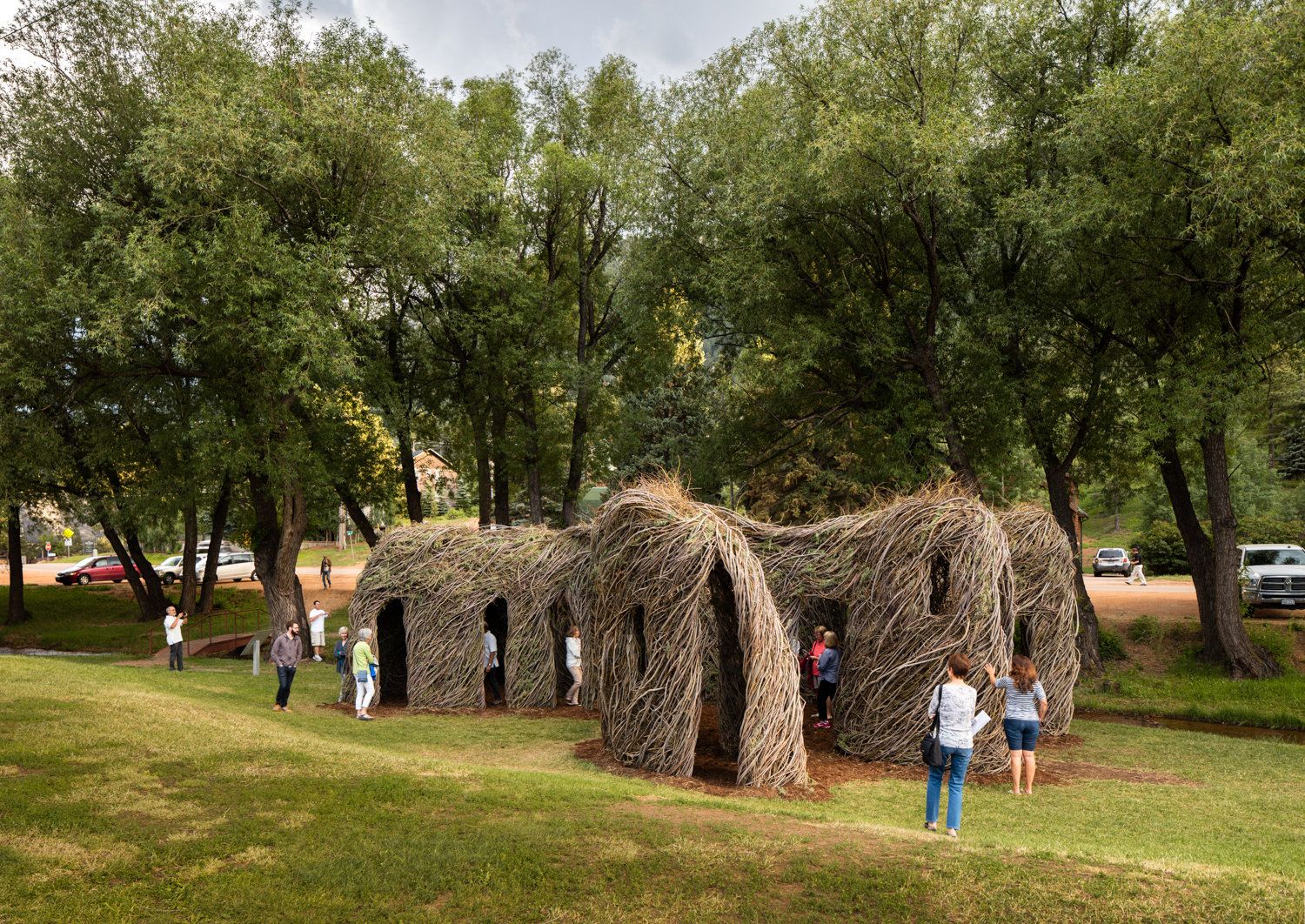 Footprint in Green by Patrick Dougherty at the 2016 Green Box festival. Photo provided by Green Box.

Levy said the skyspace’s prime time for the best experience is during sunrise and sunset, how Turrell designed it to be viewed. But Levy expects that more demand to visit the new facility calls for a more flexible schedule. With a retractable roof – something most skyspaces also do not have – the installation will accommodate changing weather and various times and lighting throughout the day. This way, the meditative experience of the skyspace is still preserved for things like a school field trip, or for those of us that prefer to hike up a mountain during daylight hours.

Groundbreaking of the skyspace. Photo provided by Green Box.

Since the past decade that Levy has been living in the Pikes Peak region of Colorado, an explosion of the arts and culture scene has certainly been taking place, he said. In the 19th century, Colorado Springs was anticipated to become a booming art colony, he added. And Green Mountain Falls, thanks to Green Box, is no stranger to hosting eclectic art installations planted around the wilderness.

The organization also hosts a year-round artist residency program, “We give the opportunity for multi-disciplinary arts experiences to be created in this really special environment that feels like you’re in the middle of nowhere,” said Levy.

Green Box hosts an annual summer festival dedicated to celebrating unparalleled art surrounding nature. This year’s is scheduled from June 21 to July 11, and on July 10, hikers can attend a soft-opening of the skyspace construction. The American Ballet Theatre will make an appearance at the festival, too.

“It’s hard to explain in words what it will be like for people who are in the skyspace because it’s really all based on the experience.”

And Coloradans will be lucky to experience it when it opens this fall at over 7,000 feet above sea level.

All photography provided by Green Box.