Five Local Designers to Watch in 2021

This year has undoubtedly been full of chaos – affecting not only the Mile High community but the entire world. This, in turn, has called for a change in how local fashion creatives can share their devotions. Make no mistake, countless designers have risen to the occasion and found their own outlets to share their art. Designers of various backgrounds, talents and passions brought their work for all to see this year. To summarize, here are five local designers who have inspired us in more ways than one. 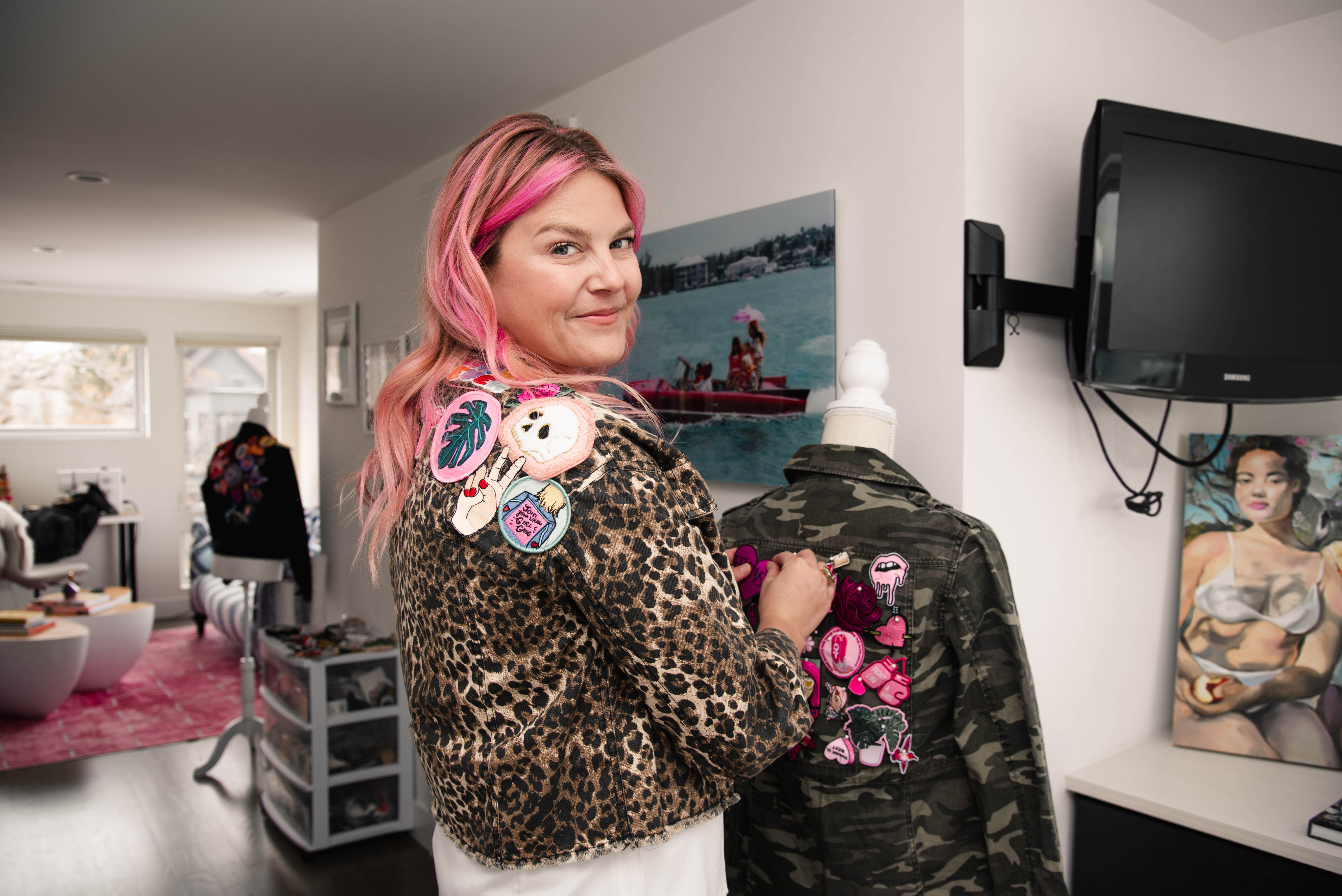 The Lowdown: Ashley OWinter, Denver designer of WINTERASH supports female empowerment through her denim jacket creations. Although she was initially reluctant to start her own business, nothing made her happier than seeing her designs worn. OWinters’ goal for these specialized patched jackets is to inspire confidence in women. According to OWinter, her holy grail for each piece is to create inspiring, kickass and edgy pieces.

“My goal is for the people who wear my jackets to have that ‘FUCK YEAH! I feel amazing and empowered’ feeling when they walk down the street. Or, for those who are having a tough time to feel completely confident with who they are in their fabulous safety cloak,” stated OWinter.

In the future, she hopes to work on garments such as overalls, pants, skirts and dresses. In addition, her sights are set on making a “rad Canadian tuxedo.” 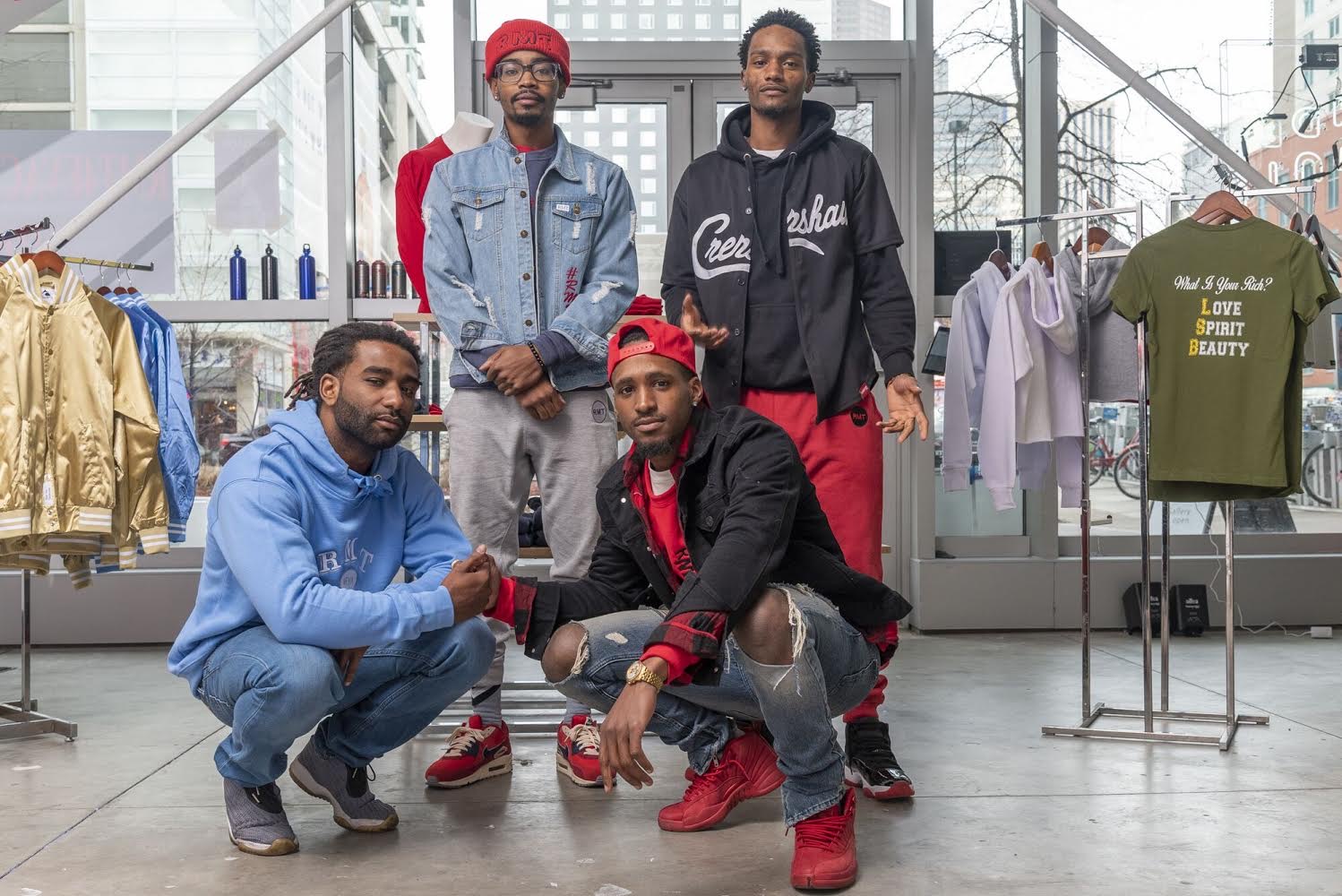 The Lowdown: Rich Mob Tendencies (RMT) is a streetwear-inspired clothing line made up of family members Jalen Thompson, Jason Thompson, Taylor Juniel and William Owens. According to the founders, the essence of RMT encompasses diligence and wealth. Furthermore, they stand by core values such as family, community, health, spirit and love. During these historic times, they have supported minority communities using multiple platforms.

“We have done a number of things from peacefully protesting to engaging in thoughtful meetings. We are most excited about starting the Sir Sedric Donavan Gregg foundation. The foundation will be an extension of the clothing line and named after our loved one that recently passed,” said the founders.

Looking forward to 2021, RMT has some exciting future projects in the works. According to the founders, they have put emphasis on their black history collaboration with RagdollClothingCompany. 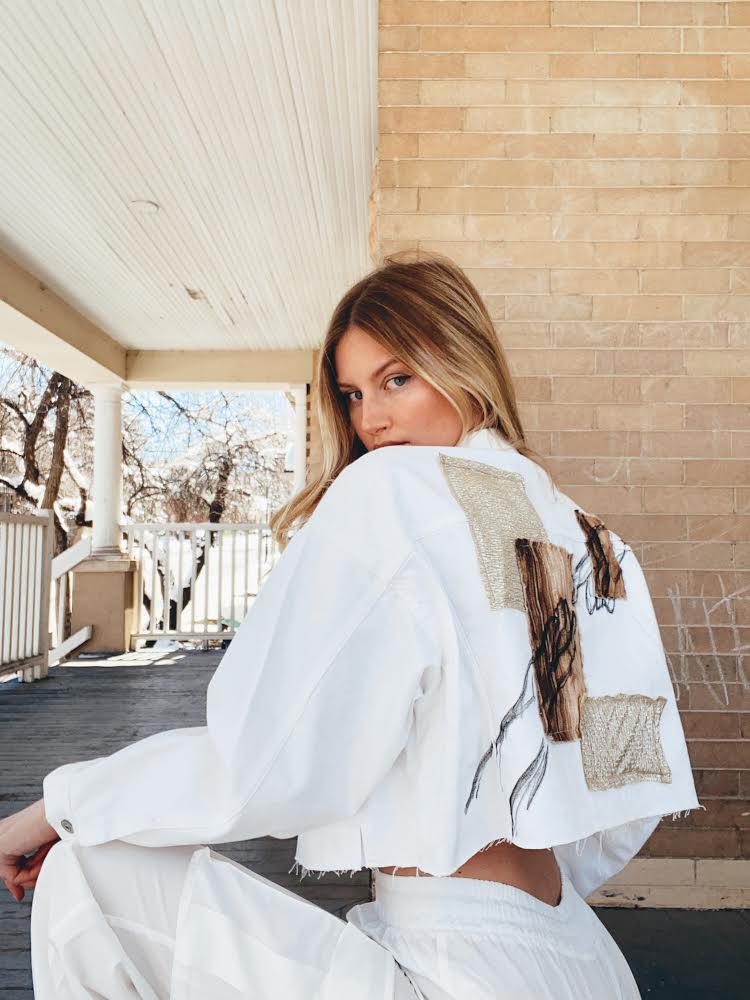 The Lowdown: Emi Zerr, a young local designer was set to promote her new line, Earthy Emi at Denver Fashion Week this year. However, when the event delayed, Zerr had to figure out how to advertise her work using other platforms. TikTok and Instagram are major resources Kerr took to in order to promote her brand. This has been especially useful in these unprecedented times so creatives can connect with online resources.

“One day, I decided to make a TikTok showing all of my 402 followers what I was creating with my sustainable fashion designs. That one TikTok ended up getting millions of views and I made over $1,000 that same night,” explained Zerr. “To this day, I now have over 40k followers on the app and it has been my most successful way of advertising my brand. Ultimately giving me my voice in the fashion industry.”

Look out for what Zerr describes as a secret line coming July. 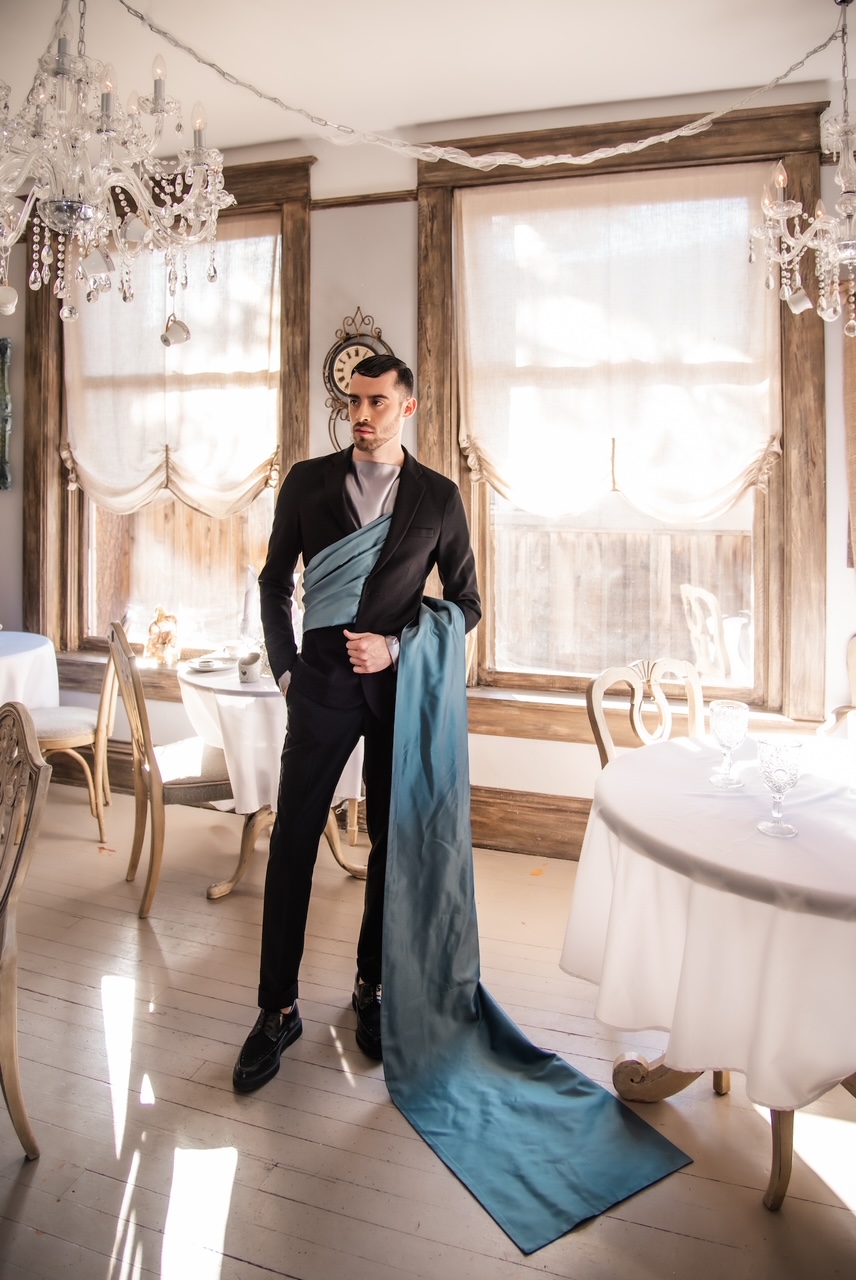 The Lowdown: Alejandro Gaeta, a self-taught designer, made his first-ever dress for his youngest sister’s senior prom. It was then he realized he could achieve anything he set his mind to with the encouragement of those closest around him. His designer name, Alejandro Gaeta was chosen out of precious value from his grandmother’s last maiden name, and his middle name, Alejandro.

“Alejandro came from a mind of dreams and doubts. Through everything, I fought to believe in myself. I trust anyone can become what they desire. All in all, you have to believe in yourself — even when others don’t,” explained Gaeta.

The future for Gaeta looks promising and bright with ambitious goals in mind. He hopes to compete on Project Runway and eventually take his brand international. 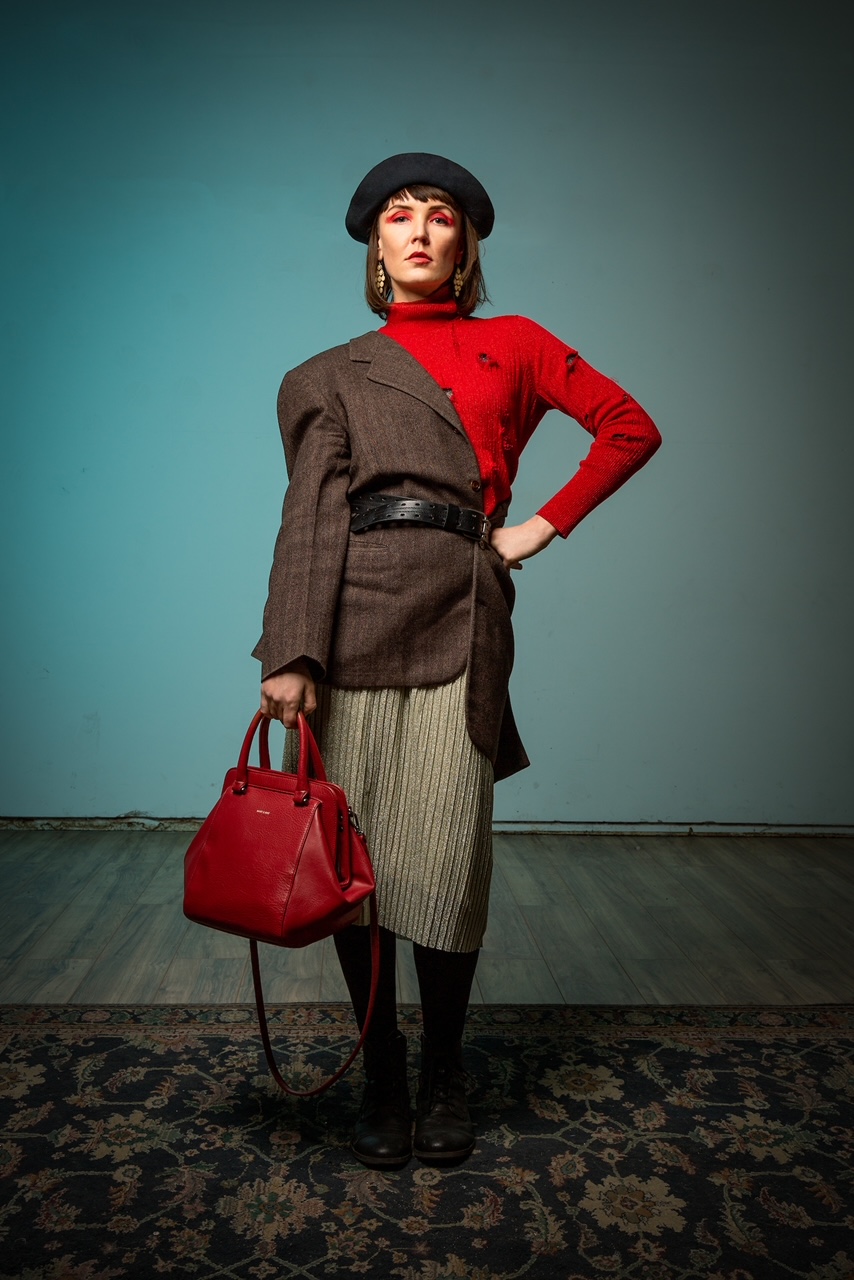 The Lowdown: Matilda Marginal strives for her designs to instill confidence. According to Marginal, clothes shouldn’t depend on gender. Beauty standards in her opinion should be cut out in their entirety. She creates her avant-garde designs on her own — which promote sustainable manufacturing and upcycling. Marginal always felt a creative burst of energy throughout her life and decided to create her own fashion brand, Marginal.

“Everything that I create is the mirror reflection of what I went through or what I see now. I see the beauty in old, dark, broken, uneven, defective, unideal, real, alive! So, all my clothes are like that — marginal and on the edge. I decided that the best way to make anything is to be honest,” stated Marginal. “Honest with yourself and with people around you. My brand is me — we have the same philosophy, mission, lifestyle and clothes.”

Marginal has many aspirations for the future of her brand and the community. She hopes people continue to spread awareness for a preference of slow fashion versus fast fashion. In addition, she wants people to feel free and brave. According to Marginal, her brand will prosper if these things come to fruition.