One may worry about the humanity of an interviewee being lost over Zoom, this, however, was not the case speaking with Wayne Watts and Destiny Hardney, co-founders of the Dream Create Inspire Tour. Founded in 2018 by the duo, both musicians and former educators in the Denver Public School system, the organization’s mission is to empower creatives across the nation to, well, dream, create, and inspire. The organization hosts a variety of artistic and humanitarian projects, including songwriting workshops, open mic nights, and community pop-up events catered to creators from disenfranchised communities. Watts’, Hardney’s and the couple’s one-year-old baby girl’s excitement  — three-dimensional and powerfully human — was palpable through the screen as they described their work and the general climate of art, advocacy and resistance during this unique time. 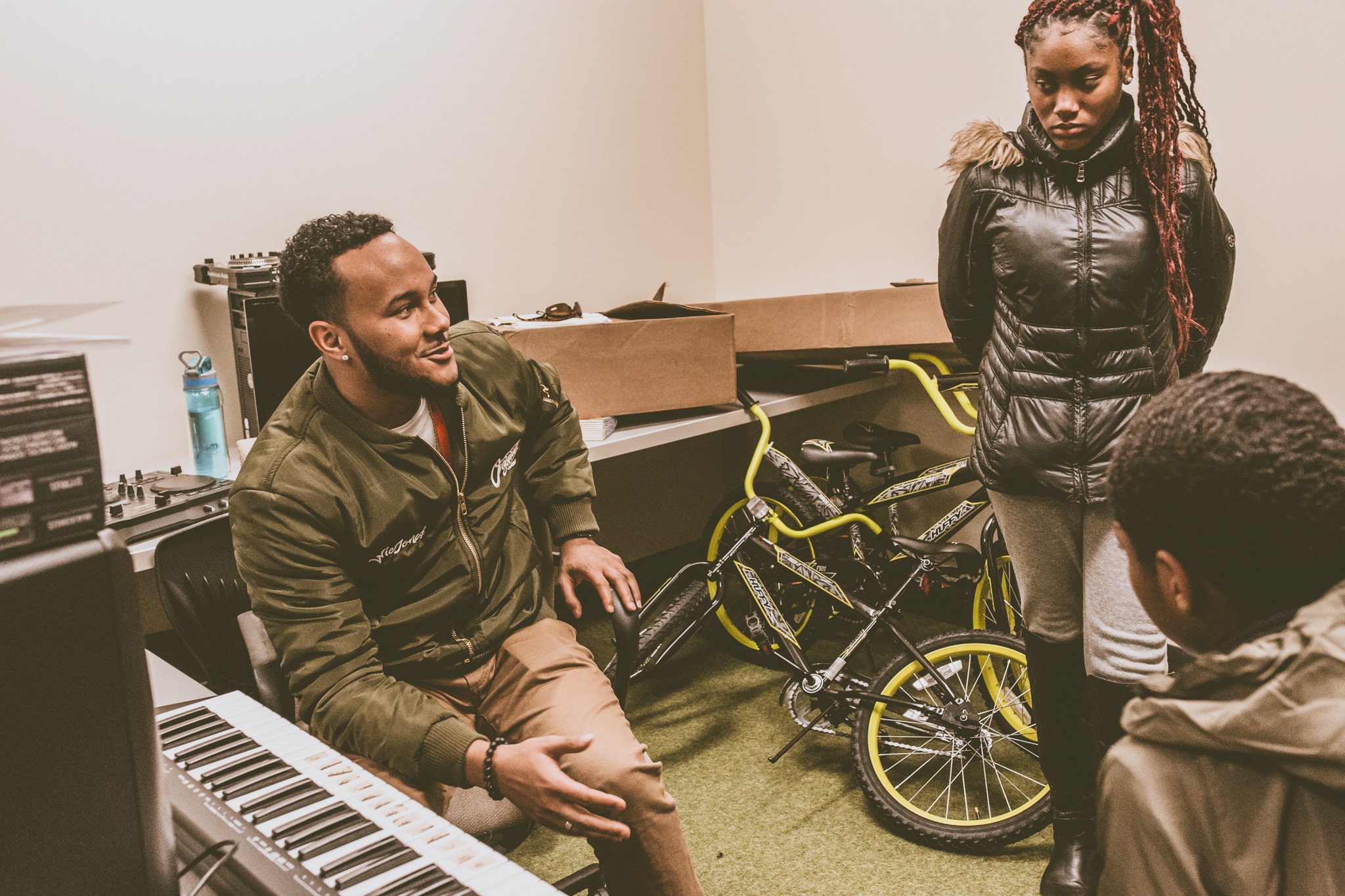 Dream Create Inspire faces a heady task right now. Nurturing creativity isn’t easy at a historical moment where their students’ communities, primarily those of color, have been disproportionately ravaged by the pandemic (i.e. 1 out of every 1000 Black Americans has died from COVID-19), unrelenting institutional violence and other forces such as the downturn of the economy.

When asked about what’s giving them the strength to push their vision of hope and healing, a vision so at-odds with the times, Hardney talks about care as a cornerstone to and a radical act of resistance in itself.

“We’re going to keep doing what we’re doing no matter what. What matters is giving ourselves and our collaborator’s space to voice what we’re feeling. We’ve started to open meetings with meditations and check-ins – you can say whatever you need to say, you can be whoever you need to be, you can feel whatever you need to feel and we’re going to meet you where we are. What we create can only come from that space. You don’t have to pretend that everything’s ok. We’re surrounding ourselves with grace and love.”

Watts added that this ethos has trickled into their outreach. More than just taking care of their team, Dream Create Inspire has incorporated meditations, reflections, and healing practices into their virtual workshops with students and community partners, setting a needed example for other justice-centered groups who might otherwise be bumping up against activism fatigue. Watts and Hardney have leaned into care and collective energy to fuel their most recent project, a 325-foot visual mixtape, projected onto the side of the Daniels and Fisher clocktower in conjunction with Night Lights Denver. 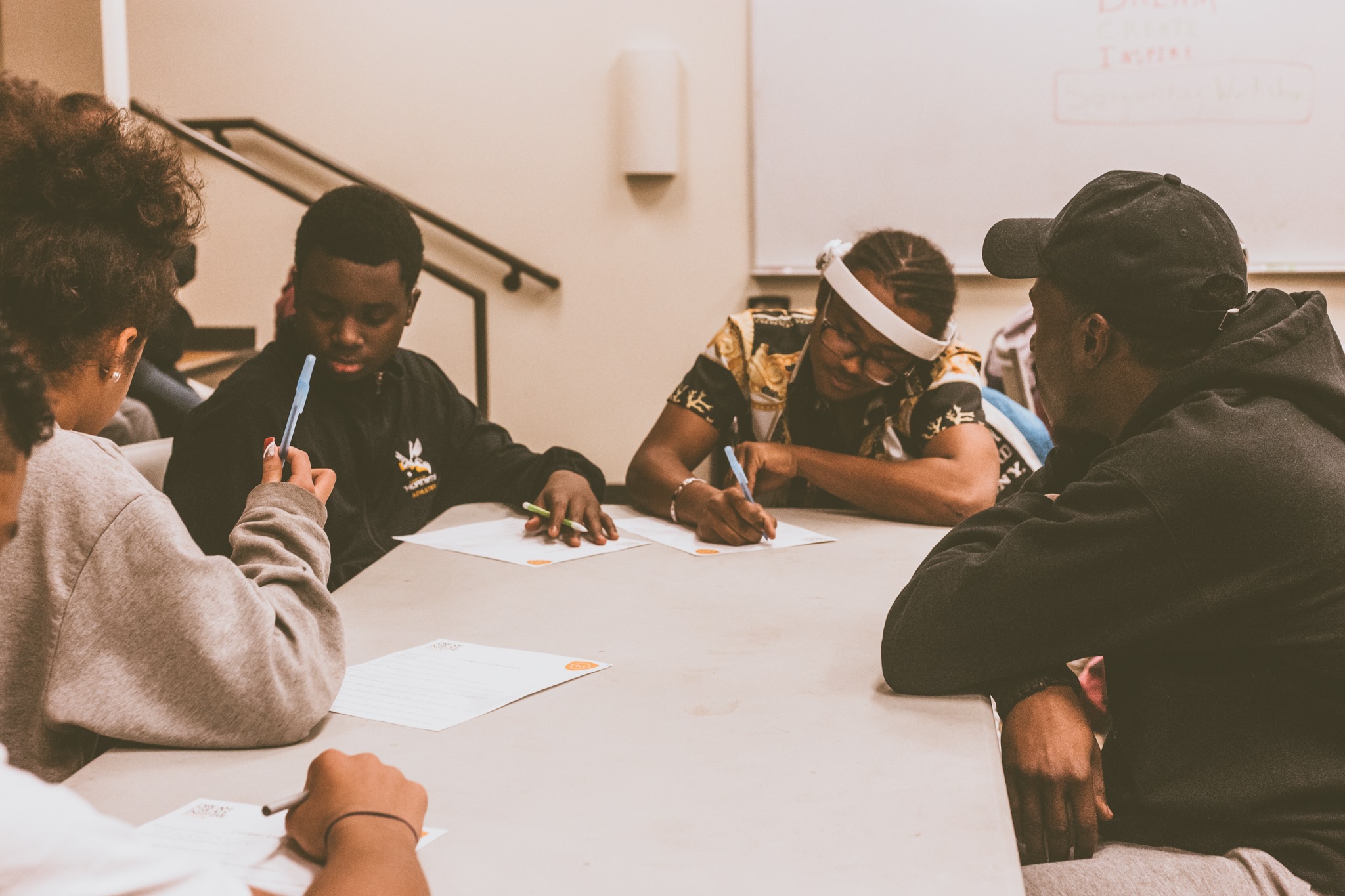 The mixtape, nearly 25-minutes long, debuted for two nights this September and October and showcased local artists expressing the need for Black resistance through song. Although the unveiling of the mixtape was originally planned as a live performance, in the absence of any fanfare, the mixtape almost stood as a nobler, silent monument to Black expression in our city. Having Black voices displayed on such a prominent fixture of downtown architecture was a powerful statement in a city like Denver — progressive but not exactly known for its Black consciousness.

“We want our art to make people think about themselves, their position, their contribution to the problems that are happening here in Denver, specifically,” Hardney says. “A lot of the times you’ll see the focus on national news or national media and what happens here is ignored by people here. Highlighting people from here, children, elders, letting them tell their stories is an important part of the work.”

Dream Create Inspire, in the tradition of effective artists, is producing work that comforts the disturbed and disturbs the comfortable.  Projects planned throughout the rest of the year include intentional collaborations with Black businesses and arts organizations around the city. They’ve deftly expanded their networks post-pandemic, hosting a fully virtual songwriting workshop at the SXSW Festival this past March in the midst of everything shutting down. Most importantly, Dream Create Inspire has continued to provide students — the group at the heart of their mission — with opportunities to connect to diverse voices in creative industries.

Dream Create Inspire is dropping another visual mixtape, this time centered on Black businesses and local partnerships, on the Daniels and Fisher Tower on Nov 14th. In addition, they hope to launch a virtual tour, with the broad theme of Black joy.

“When you think Black art, you often think of the Blues — our pain,” Watts noted. “Art and artists are critical to spreading our joy as well”.

Dream Create Inspire endeavors to keep sharing this joy, the pain, the struggle and the triumph, by empowering creatives in the community to never stop expressing themselves — by any dream necessary.