Meet the Elected Denver Officials Shaking Up The City

2020 is a year none of us could see coming. But if there was any indicator of change, the new DNA of our elected body was a good sign the status quo was on its way out. In the last few years, we’ve seen the most diverse Congress in history, the first Black president and, unfortunately, some not so great firsts, too. For better or for worse, our elected leaders look nothing like we know them to be 10 years ago. Colorado is no different. But while some tear down the status quo for who they are — others create change by what they do. The following three are decidedly both.

Denver, get to know Tay Anderson, Leslie Herod and Candi CdeBaca — the Denver elected officials shaking up the city. 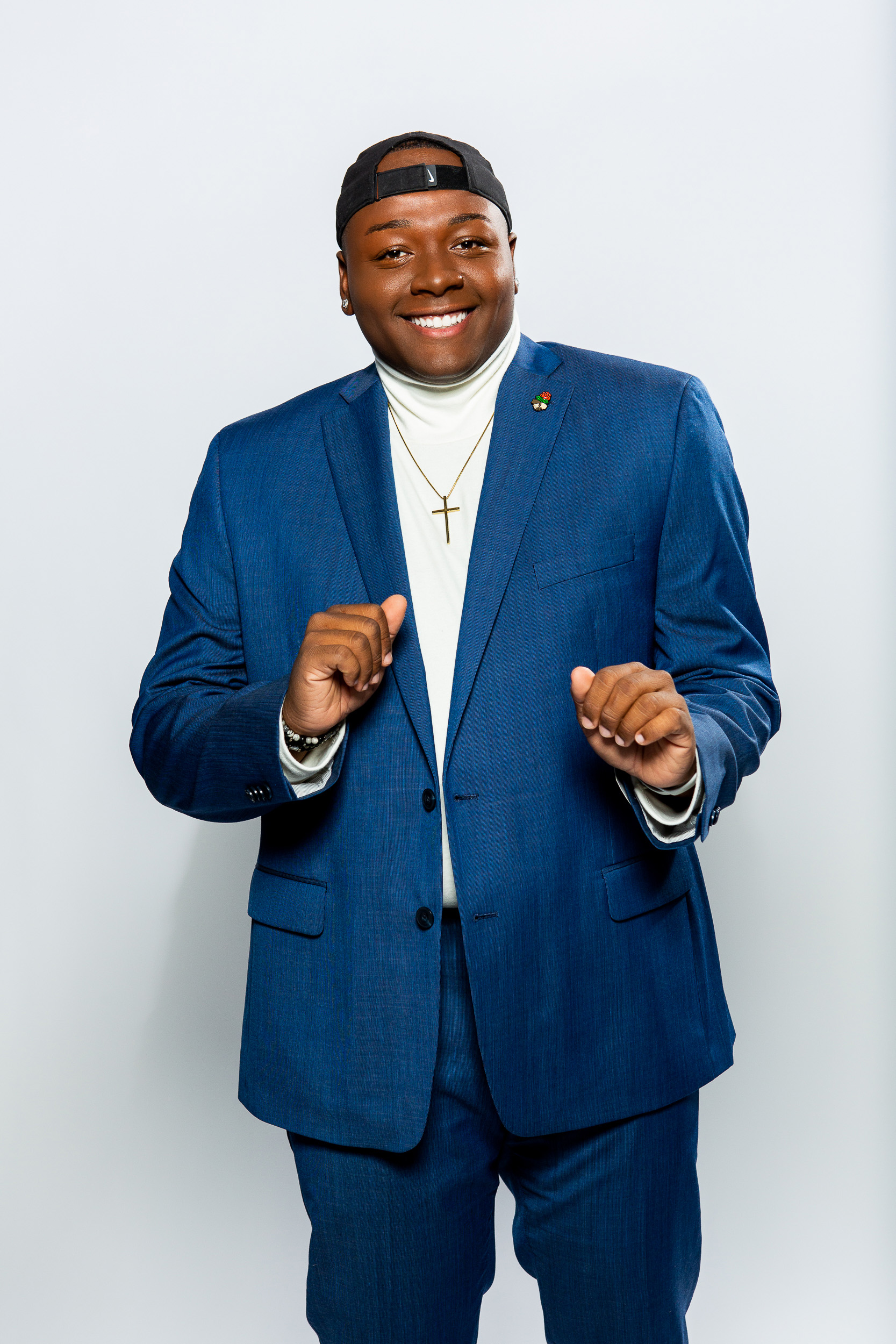 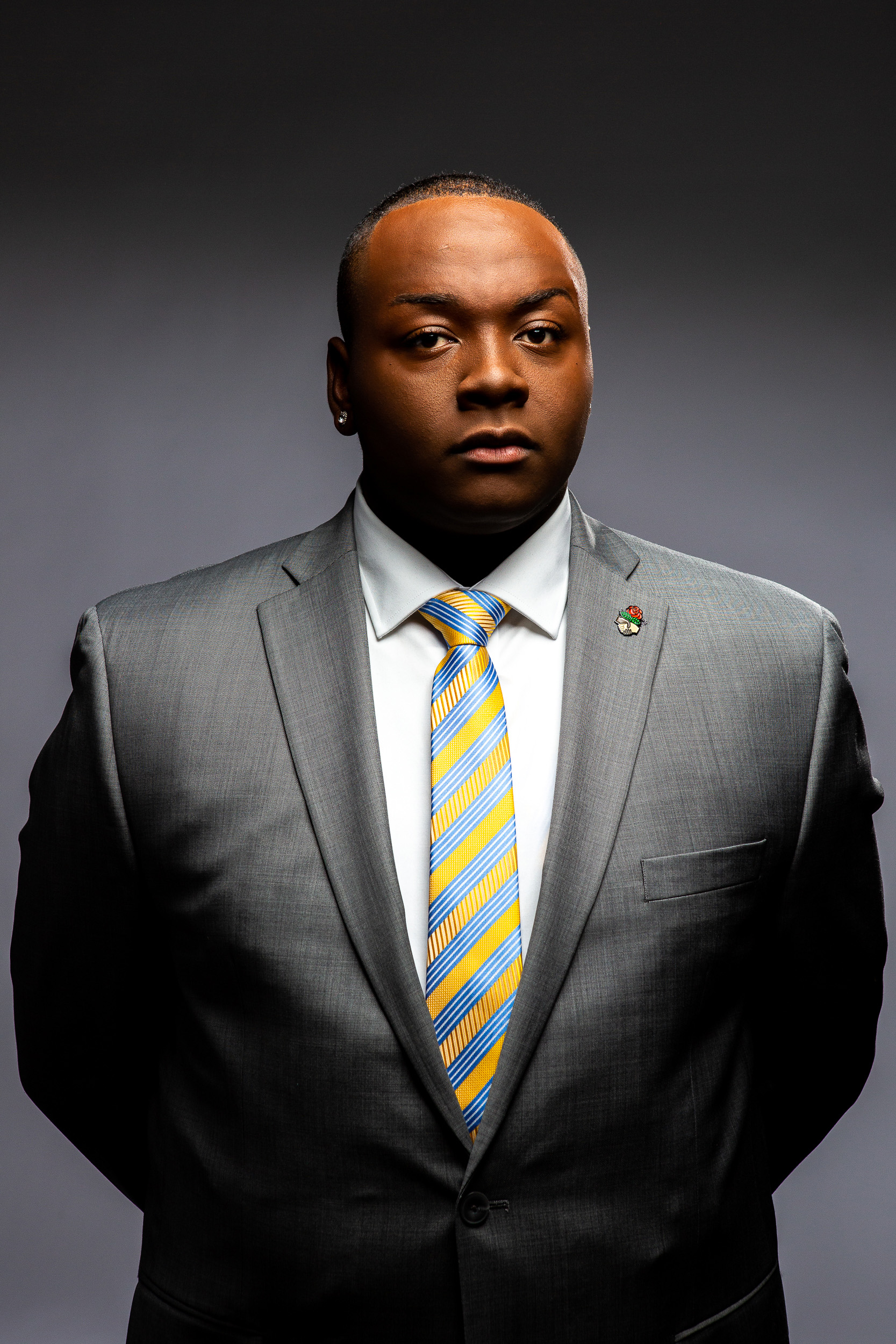 Elected position: At-Large Director on the Denver School Board

Who are they: Tay Anderson, Colorado’s youngest Black elected officials at 22-years old, became a beacon for hope and resistance during the Black Lives Matter protests in the wake of George Floyd and Breonna Taylor’s death this summer. Rising to the occasion to lead peaceful marches, Anderson displayed a civil duty far beyond his years — one that mirrored other iconic civil rights activists like the late John Lewis. Anderson initially, however, had no intention to be anything more than a participant. But seeing Denver Public School students lending their voices to the cause, he felt compelled to stand so that those younger than himself knew they weren’t alone. Not only that — he felt the impact on a personal level and knew he had to grab a megaphone to speak up and speak his truth.

Anderson was originally led into politics from a similarly tragic moment of police brutality.  When Philando Castile was killed, it coincided with Anderson’s 18th birthday. His death, and the moments that followed, ignited a flame within Anderson to get involved and essentially be the change he imagined in the world. Seeing the problems with the way the Denver School Board was operated, he asked Happy Haynes how he and many others like him could get their voices heard. To his dismay, she told him, “you need to run and win like the rest of us.” So he did and ended up replacing her on the Denver School Board at the end of her tenure.

For Anderson, change doesn’t stop only at the Enhance Law Enforcement Integrity Act that passed in Denver as a result of the protests — it needs to go further. In his eyes, Anderson sees the movement as one that has pulled the sheet back on elected officials and those in offices who have a duty to the people and whether they are fulfilling that duty in their roles. Likewise, as involved as he was, he doesn’t want the spotlight to be cast on him as an individual, rather, as a byproduct of a system that needs to be changed and one of many vehicles for it.

“We need to start changing those in power that are not even going to listen or allow constituents or voters to have the power to determine their own city. I hope that we can continue on this course of looking at those who are in office and saying, ‘if you’re not going to represent us, we don’t want you in office and we’ll replace you,’ but if their constituents want them there, they’ll keep them there — that’s the power of the vote.” 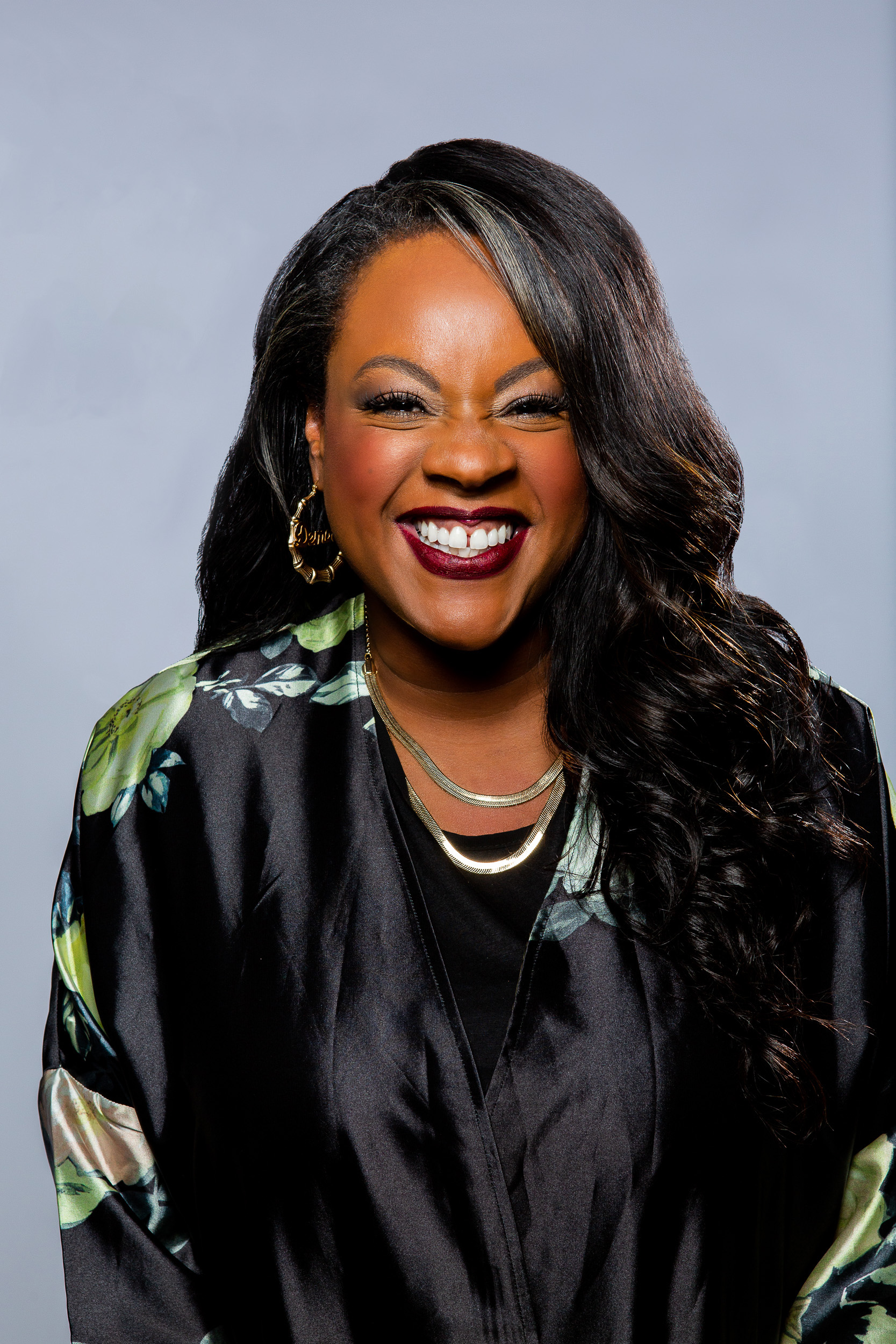 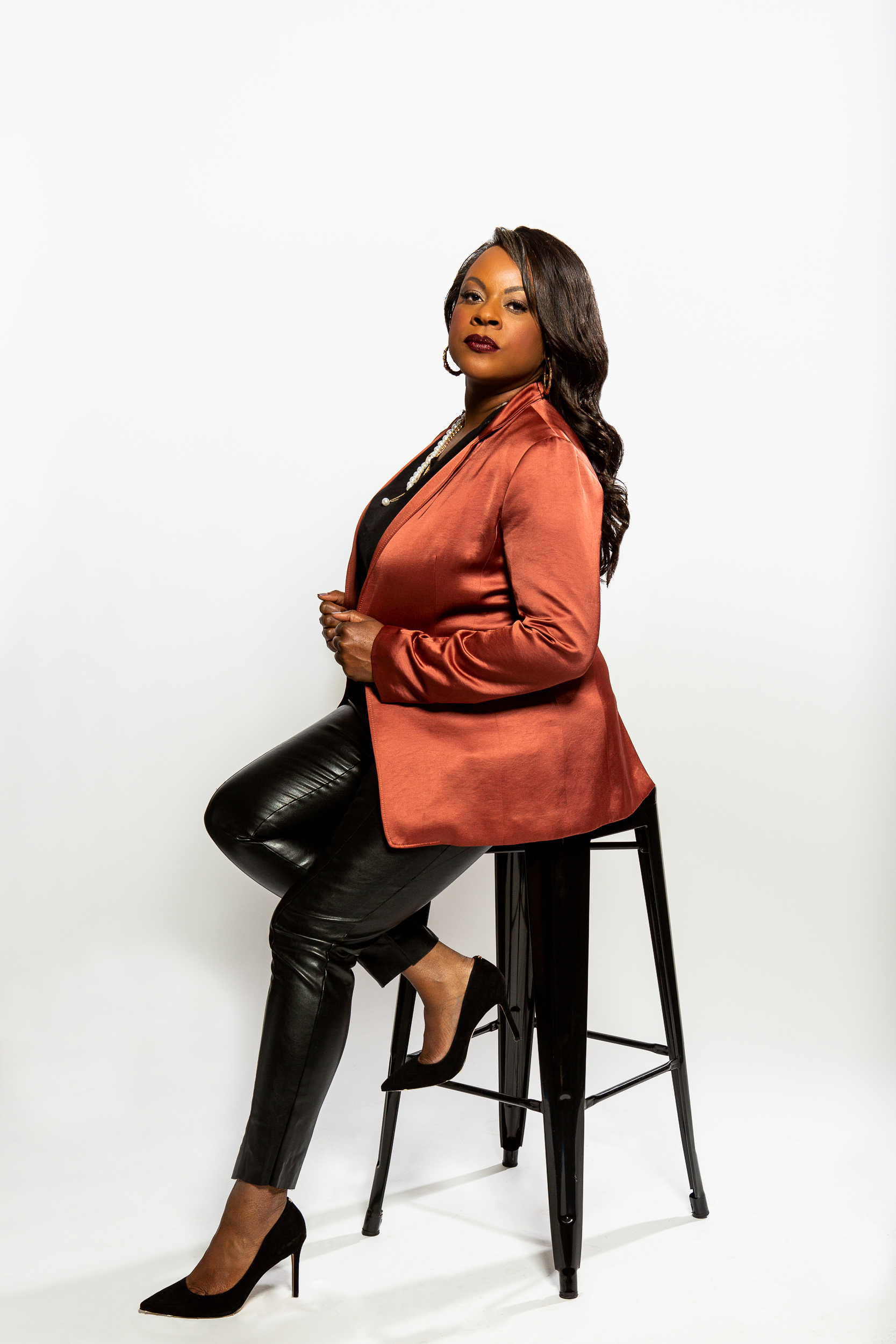 Who are they: Driving legislative change as the first Black LGBTQ person to be elected to Colorado’s state legislature, Representative Leslie Herod is a vocal advocate for criminal justice reform. She has supported programs like Caring for Denver and STAR, which help provide mental health support, as well as advocated for legislative measures surrounding issues like providing free feminine hygiene products in state prisons. In the wake of nationwide protests over police brutality this summer, she has also focused on answering the local community’s calls for change.

Earlier this year, Representative Herod was instrumental in passing the police accountability bill this summer. Responding to the cries of protestors, one of the key things to know about the bill is that it requires law enforcement agencies to keep detailed records about interactions with the public — including the race of individuals involved, suspected crimes, what level of force was used and any injuries incurred by any individuals involved.

She also helped pass the CROWN Act, which protects individuals from discrimination based on their hairstyle. “This is something that does such traumatic harm to people of color,” said Representative Herod. “It’s an issue that people who are not of color have maybe not even considered. That change will help our young people, I think, go to school with their heads held high and our workforce – to ensure that we’re representing ourselves at work as our authentic selves. So, I’m really proud of that bill.”

Along with the CROWN Act, Herod helped pass House Bill 1332, aiming to end discrimination based on income. “Vouchers and source of income have been used as a proxy for discrimination for too long, and it’s now ending throughout Colorado by law,” she said.

Talking with local activists and protestors about various issues — including disparities in the tickets and citations given to protestors based on their color — it’s clear to Herod that there is plenty of work left to do. “Moving forward, I think we need to continue to work on police accountability and D.A. accountability,” Representative Herod explained. “In light of all of the protests and all of the stories that emerged, we have found many areas of needed improvement and change in Colorado.”

Continuing to work towards creating that change, there’s plenty for everyone who wants to be involved to contribute. “I would say keep meeting people where they are,” Representative Herod encouraged. “Keep having the conversations. Keep thinking about how you personally can do better in your space.” And for those who want to take the next step and get involved at a legislative level, her advice is simple: do it. 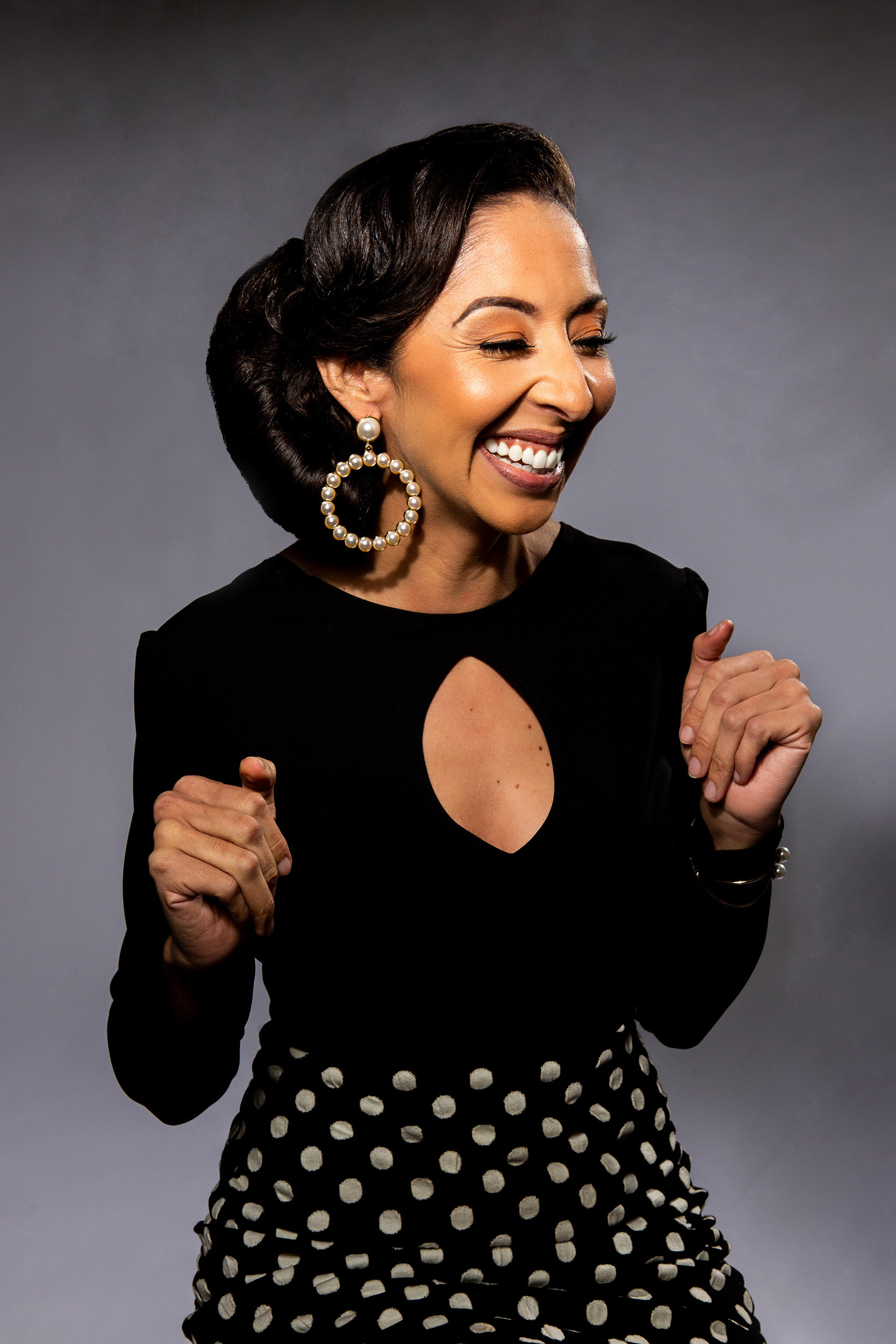 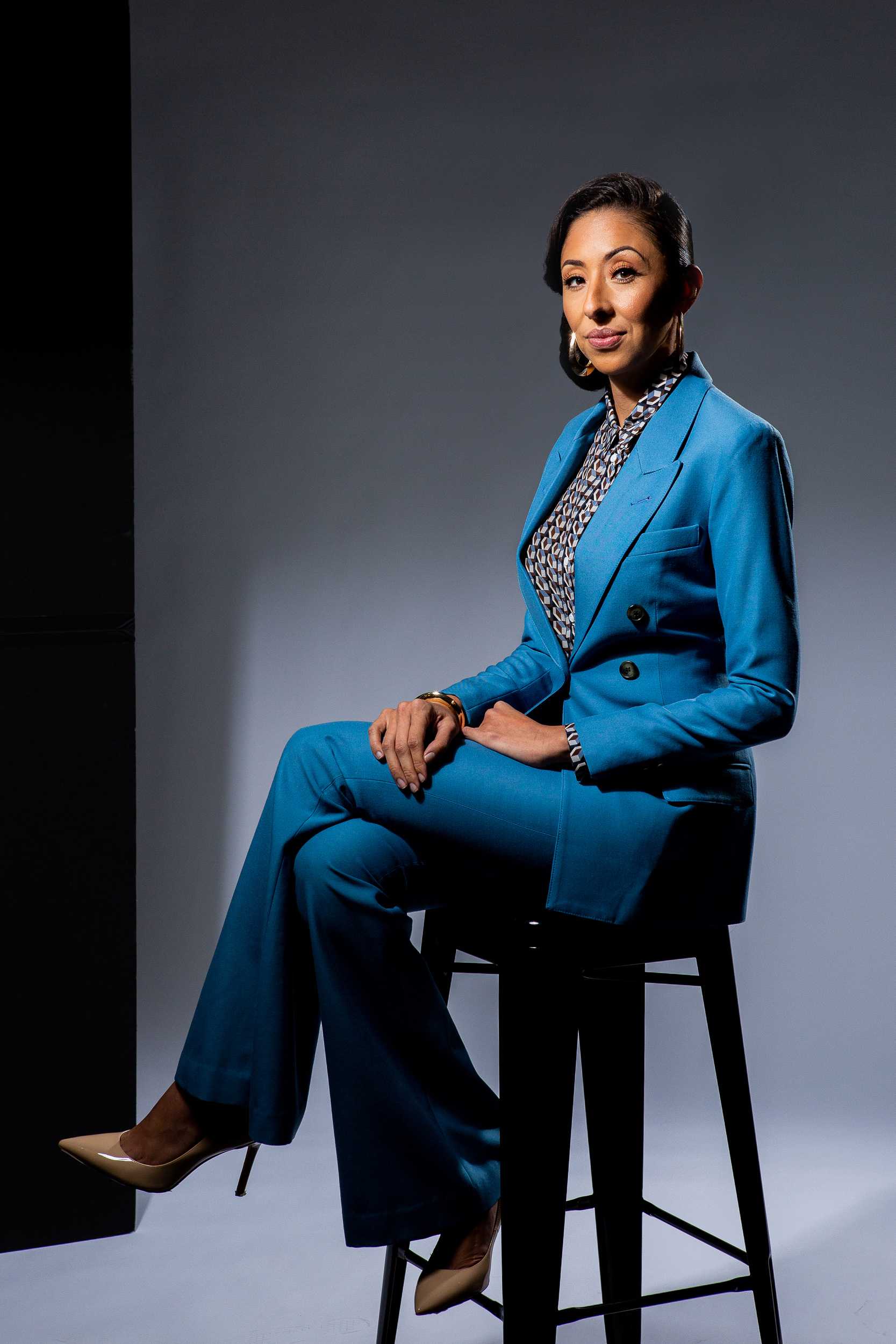 Who are they: Candi CDeBaca is District nine’s councilwoman, but like everything else the government official does — there are more complexities beyond the surface. Working in community activism and social work, CDeBaca had a grassroots approach to changing her district. She never envisioned herself as a name on a state ballot, begrudgingly taking the role during her fight to help her community during the I-70 expansion. This reluctance towards power is what makes her position so unique. She asked me to call her Candi, sat in what appeared to be her living room through Zoom and comfortably exchanged words with me as if we were old friends. We didn’t speak in platitudes. We discussed the difficulties she’s faced on the city council.

Those aware of her politics know that this summer she’s seen heavy criticism from Mayor Hancock and other council members whilst introducing a bill to replace the Denver Police Department with a peace force. Led by a community-oriented proposition, the peace force was a call-to-action following George Floyd’s death. It was struck down — 11 no’s to one yes — and publicly dissected by the media and pundits alike. This striking number parallels CDeBaca’s position on the council as a whole. Many of the more left-leaning candidates in her election cycle did not get a seat in other districts. “It doesn’t feel like a victory just because I won,” she said. “A true victory would be if we would’ve all been able to make it together… I guess that sums up my entire platform — a win is only a win if everyone wins.”

Negative coverage regarding CDeBaca doesn’t bother her. Her constituents are her main priority. And although people try to find a label — communist (which she says is adamantly against her real position), extremist, irresponsible — CDeBaca is more excited about the victories. She talked about an encounter with someone at a gas station while she was pumping gas in her PJs. A man needed a ride to a homeless shelter and she ended up talking to him and found out he had been turned away from another shelter that she knew could not turn him away. She decided to do a surprise drop-in to the shelter he had first tried. “We drove over to the shelter and I spoke to the people in charge and explained this man had a right to a bed in their space. I ended up getting him and his friend in for the night. It’s pretty cool, you know? To be able to say ‘I’m a councilwoman so-and-so.’ I can help people now in ways I never could before. That’s an exciting thing to be a part of.” CDeBaca plans on using this platform to continue to do work for the people of her district, a district she and her family have called home for generations. For CDeBaca it’s about advocacy for all of District nine’s constituents — she just happened to be the one listening.