Late yesterday afternoon, Governor Jared Polis made a surprising announcement. The upcoming Denver Broncos game on September 27 against the Tampa Bay Buccaneers will allow for in-person attendance. However, unlike other nearly every other venue in the city, the newly named Empower Stadium is cleared not just for a couple of fans, but thousands —  5,700 to be exact. There are plans to even increase that number as games go on.

“We are able to take this step due to Coloradans doing our part in wearing masks and avoiding large groups and the commitment and dedication of the Broncos to go above and beyond in putting together an experience for fans that is as safe as possible. As I’ve been saying all along, this virus isn’t going away any time soon and we’ve got to figure out a way to live with this virus,” said Polis in a press release.

For concert go-ers, this may come as a shock since Denver Arts & Venues — which runs the majority of the city’s largest venues such as Red Rocks, Denver Performing Arts Complex and more — are being forced to shutter indefinitely starting in October. Seventy employees were also furloughed. According, to Arts & Venues representative Brian Kitts, the closure is because Arts & Venues has to raise funds for many of its major expenses such as labor and upkeep. The lack of large scale events has not allowed these venues to raise enough money since the current variance for all outdoor events is capped at 175 people.

However, the Broncos stadium is now being allowed to host 30 times that number. Empower Stadium is the largest capacity venue in the city (at nearly 80,000) but if a similar capacity rule was applied proportionally to Red Rocks, nearly 700 fans would be able to attend a concert there — not 175. But Kitts seems hopeful that this new model will bring about change for other venues in the future by setting a precedent.

“Everyone in the sports and entertainment industry is cheering along with the Broncos right now.  It looks like the State has OK’d a unique and thoughtful model for increasing event capacities at venues of varying sizes.  There’s been such a variety of proposals based on a venue’s square footage, indoor/outdoor usage and more, so it’s heartening to see some sort of precedent in starting to rebuild these special businesses under the circumstances,” said Kitts. 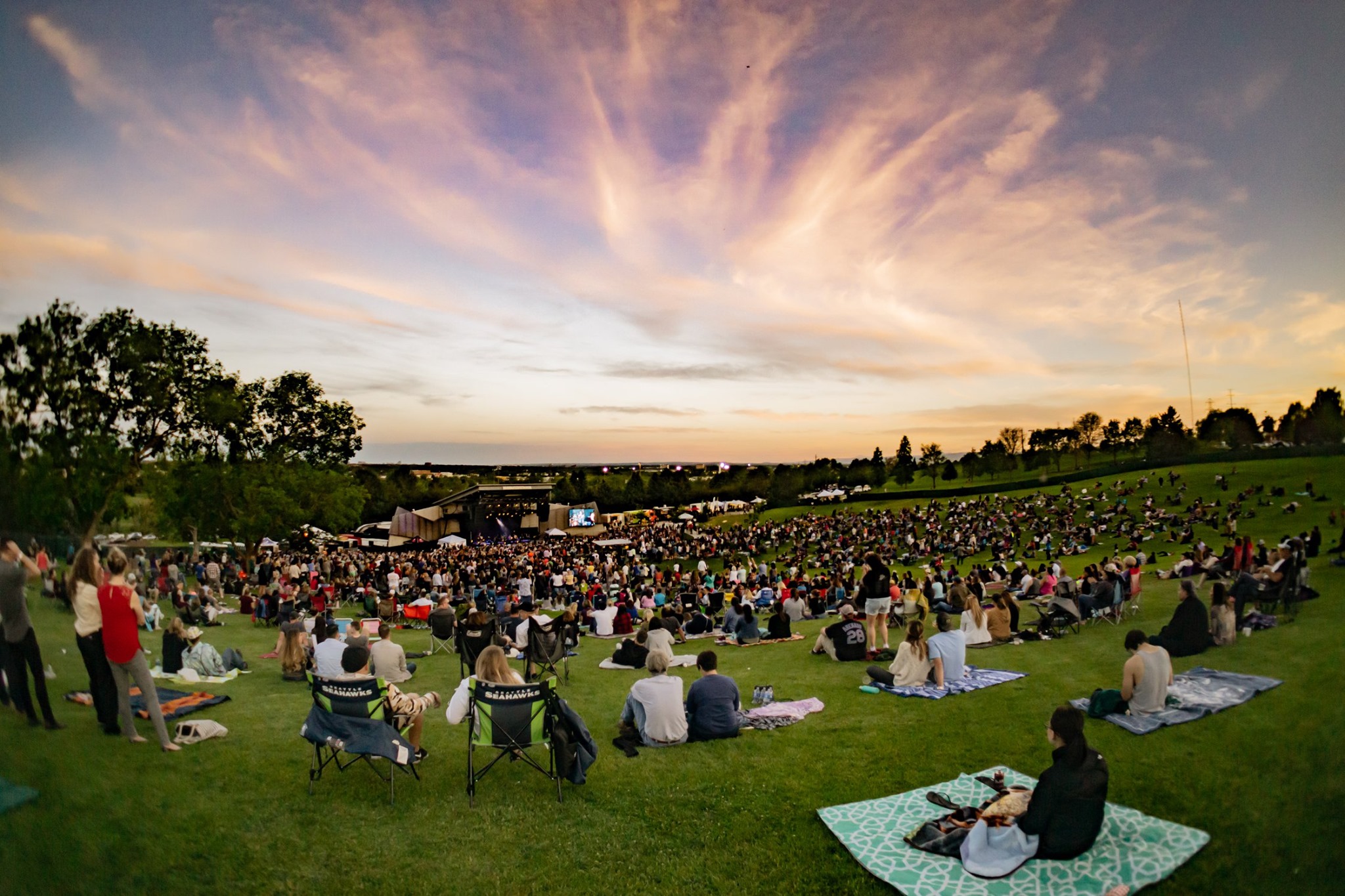 Polis also echoed a similar sentiment in the press conference. But Chris Zacher — the State Captain for the National Independent Venue Association (NIVA) and Executive Director at Levitt Pavilion Denver —  contests this and argues that other venues are being left behind:
“The National Independent Venue Association (NIVA) represents over 70 independent venues across the State of Colorado. Since the pandemic began in March, we all have been abiding to the guidelines set in place by our respective Cities and the State of CO. It’s beyond disappointing to hear that the Broncos were offered an alternate pathway to a capacity variance not available to our member venues. Since March of this year, we have been told by the experts that it is not safe to gather in large groups. As of today, the Governor’s office states that the COVID-19 spread is not yet at a level where large venues, like Red Rocks and Levitt, can safely host more than 175 patrons. The fact that major sports leagues are being granted variances above and beyond of what the Governor has determined is not safe for everyone else is puzzling and frustrating. I want to make it clear that we’re not complaining about what the Broncos were able to secure for themselves. What we want is an even playing field and a Democratic process. If major sports are given an opportunity to open at an increased capacity, then we should be afforded that same right. The reality is that the bloodbath is just getting started on the venue front. Over the course of the next three months, unless the SOS Act or RESTART Act is passed by Congress, 90% of our member venues will be turning off their lights for the final time. Arts and Culture is the third-largest economic driver for the State of Colorado producing roughly $1.9B a year in economic impact. Combined, the venues in our State represent thousands of tax-paying jobs. If we add in all of the sectors we support by being open the job loss in Colorado this year is astronomical.“

Zacher’s concern is not singular.  Just last week venues across the country made a plea for help in the form of #RestartRedAlert. The initiative had 1,500 venues across the country light up red in order to signal they may have to close. It also acted as a call to Congress to pass an aid package to the events industry. This included many of the Denver Arts & Venues — which has since announced a forced hiatus. Unless Congressional aid, an increase in capacity or other actions are taken, many other venues may not be far behind.

We have reached out to Governor Polis’ office for additional comments. For more information about the Broncos’ games go here.