Local creative Bobby Mercer is a puzzle — a multitude of pieces, singular in their own right, that collide, interlock and become one full picture of who he is. The full picture is that of a perpetual optimist, hip hop musician, nonprofit creator, and now, fashion designer with an up-and-coming line called stayDOPE.

“I wanted to start a clothing line from way back in the day. My music picked up instead so I focused on that then, but [clothing] is something that has been in me and that I’ve wanted to do for a long time. It’s another form of expression for me,” said Mercer.

Art and creative expression are at the heart of who Mercer is and how he found his voice as a Black man.

“I’m shy by nature, but then there are also certain things my dad taught me growing up as well. He said, ‘You’re a Black man in America. If something happens wrong, they’re going to look at you first. You’re guilty until proven innocent.’ I just stayed away from people as much as I could and stuck with my family and did my art,” Mercer explained. 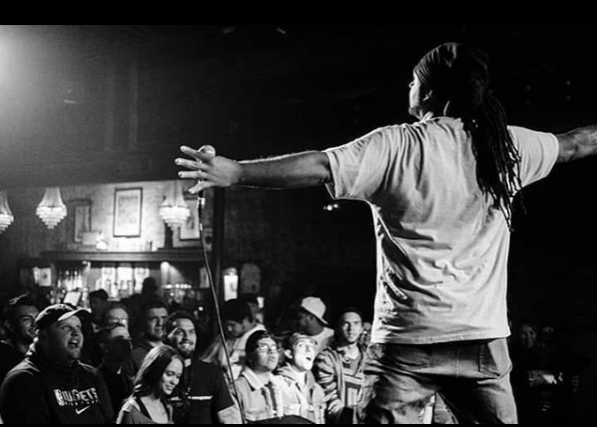 Having a supportive family is what got Mercer through the difficulties of growing up as a Black man in a difficult world and what has given him the optimistic perspective he has on life today. After his mother left when he was very young, Mercer’s father and grandparents raised him and his younger sister to be strong, hardworking, and above all, positive.

“With the things I’ve gone through in my life, my grandparents helped me as well as my dad and helped me see things especially as a Black man. They always tried to help me see the positive light. It wasn’t about being bitter about it, it was about working twice as hard. It will pay off at some point. With that, they just helped me maintain a positive attitude, a good attitude,” he shared.

In 2010, two months after Mercer moved to Denver, he was met with one of the challenges his father described as he walked home from a friend’s house. His ride left him earlier in the night, and the only way he knew how to get home was to walk down the highway. A police officer drove up with all of the lights on, pointed a gun at him, handcuffed him and threw him in the back of the squad car. Although Mercer tried to explain that he was new to Denver, it didn’t diffuse the situation. “He put me in the back of the car and tased me three times — twice in the leg and then the last one in my chest. He then took me to jail and I had to get bailed out the next day,” Mercer recounted.

READ: What Does Defund the Police Mean In Denver?

That’s just one of many stories Mercer has about what he’s experienced throughout his life, any one of which could change a person, but Mercer still holds fast to his way of life, bringing hopeful messages to those who listen to his music and those to wear stayDOPE clothing. 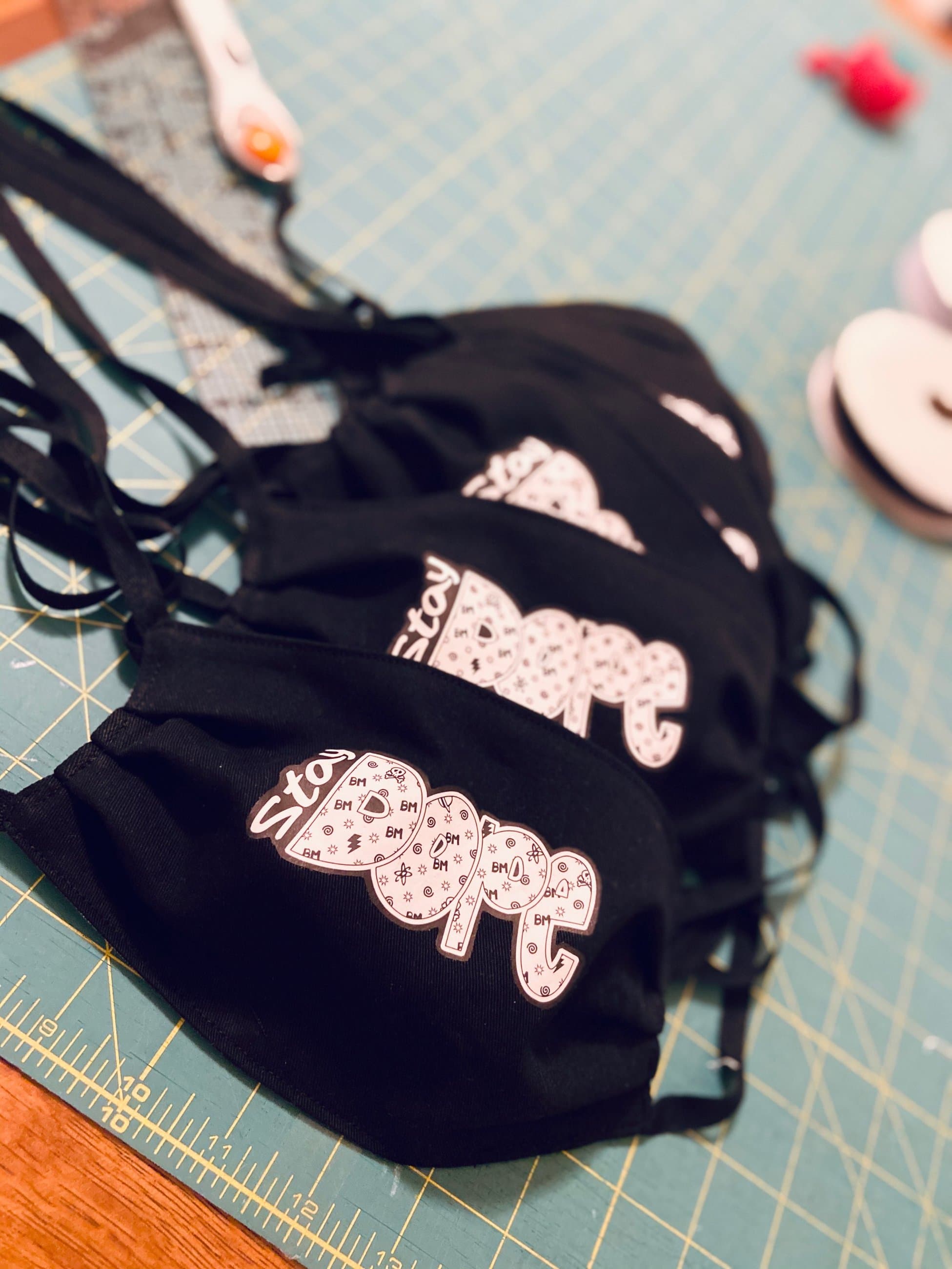 Mercer’s clothing brand is centered around the word “dope” a word that has always been important to him. “Most people when they hear the word they think of drugs, they think of something negative. What it means to me is a word that has carried throughout history and hip hop culture. I love saying the word. I love being dope. I think of high energy. It’s a high energy word and it defines so much, it can be used in so many positive ways,” said Mercer.

stayDOPE was first introduced to the public in 2018 when Mercer wore one of his designs on stage for a gig. He wanted to communicate that the energy he brings to the stage is the same energy he infuses into his clothing company and a reminder that “dope” is a way to describe the best way to live life. The brand’s mission is “be YOU, be KIND, have FUN,” a message Mercer thinks is especially relevant now. “We need to be more kind to each other and that starts with each one of us. [If] we know what we need to do to be kind, then we can all have fun. And dammit do we need that right now,” he explained. 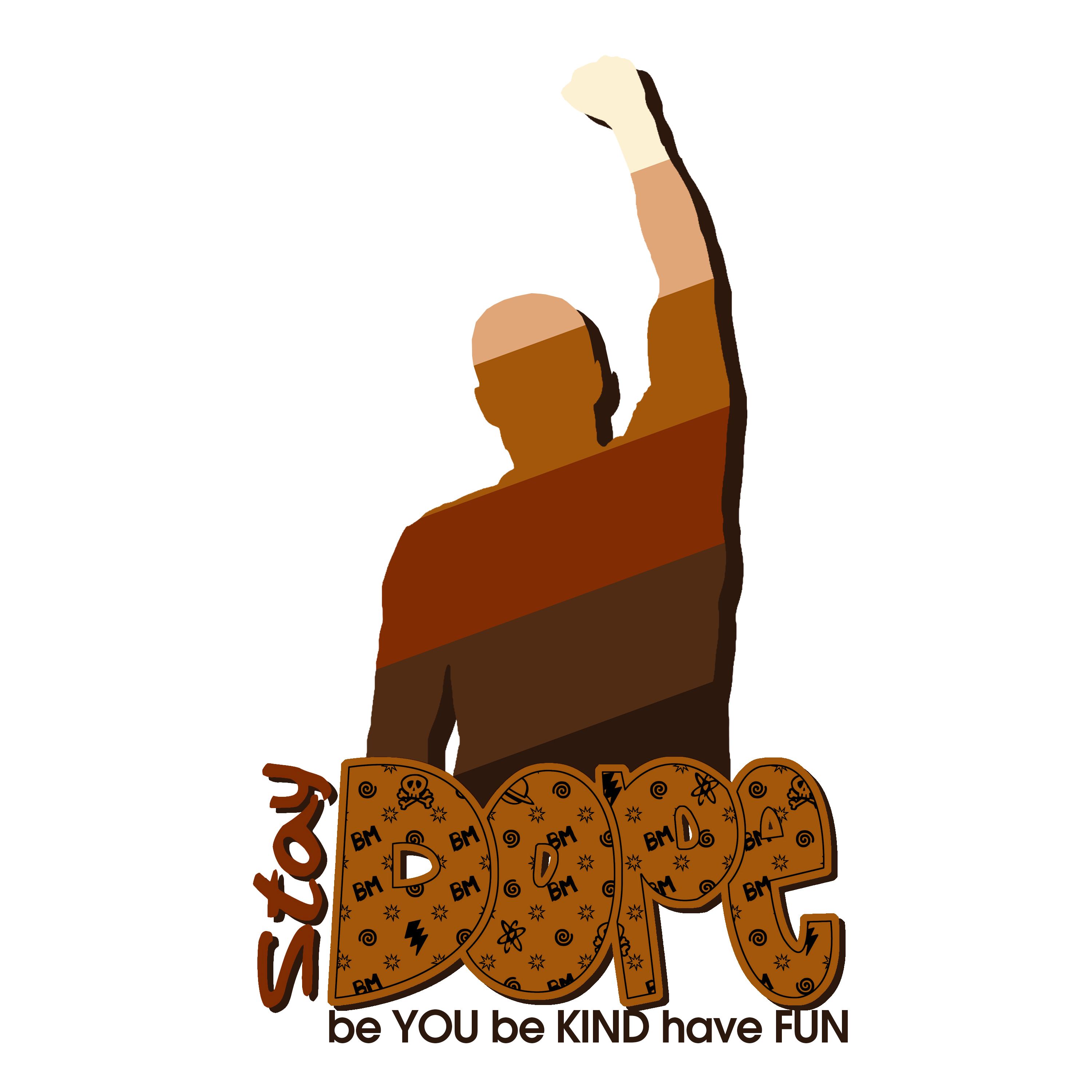 As the country erupts over the injustices Black people face daily, Mercer continues to recall a conversation he had with his dad in 2012 to guide him through life.

“When Trayvon Martin happened, I was furious. I called my dad and said, ‘Dad, I just want to go out there and protest.’ He said, ‘Sure, but that’s not your fight. That’s not how you make change. Who you are and how you walk on this earth and how you reach and touch people every day, you’re already fighting that fight. You’re already doing it one person at a time. Continue being you,’” Mercer shared.

Even though Mercer’s music career is on hold because of the pandemic, the way he is continually bringing his father’s advice to life is through stayDOPE and the new collection of t-shirts he is currently releasing. Each of the five new shirts has a message, whether that is a celebration of his grandmother’s life, or a tribute to a close friend.

“With George Floyd and the Black Lives Matter movement, it has made me change my path with the stayDOPE line. I came up with a few new designs that are powerful and meaningful to me and I hope people will feel it when they see the new designs. That’s how I am as a person, so I want the new designs to say that when you see them,” he said.

Two new designs will be released at the end of July, and the rest will debut in August.

As an ambitious entrepreneur, Mercer has a lot on his plate, but it isn’t about being busy, it’s about doing what he loves and celebrating it with those around him. “I am very passionate about these things and they feed each other so it makes it a little easier to do. You gotta have dope people to help you and I have those people,” he explained.

All photography courtesy of Bobby Mercer.