What To Watch On The Night Lights Tower This Month

Last November the Daniels and Fisher Tower on the 16th Street Mall started lighting up at night with a variety of animated videos and artwork. The project is coined Night Lights and is spearheaded by David Moke of the Denver Theatre District in partnership with Downtown Denver Partnership, Orange Barrel Media and the tower itself. Since it started, it’s projected more than 40 artists, featuring a mixture of local and international talent. One of the first animations came from the world-renowned artist collective Limelight, who showed off their skills while also highlighting the possibilities of projection mapping on the tower.

What makes Night Lights different from other projection projects is its use of projection mapping rather than flat screen mapping. Projection mapping requires exact dimensions of the building so that the artwork can contour to the surface and mold into all the cracks and crevices. Animators create designs that interact with architectural elements and can even make the building appear to move or twist. In order to pull this off on the Daniels and Fisher Tower, Night Lights had to first acquire 10 enormous projectors.

New artists are featured each month, constantly offering viewers unique experiences. And there are a lot of viewers from all different walks of life — commuters, shoppers, tourists, locals. An interesting part of this project is the sheer visibility of the artwork. The Daniels and Fisher Tower reaches over 300 feet into the air, with 20 floors of that distance dedicated to a clock tower on top. Since it was built in 1910, the historic architecture stands out amidst the glass and steel skyscrapers that now surround it. Projection mapping adds an accentuated pop to the already noticeable building. 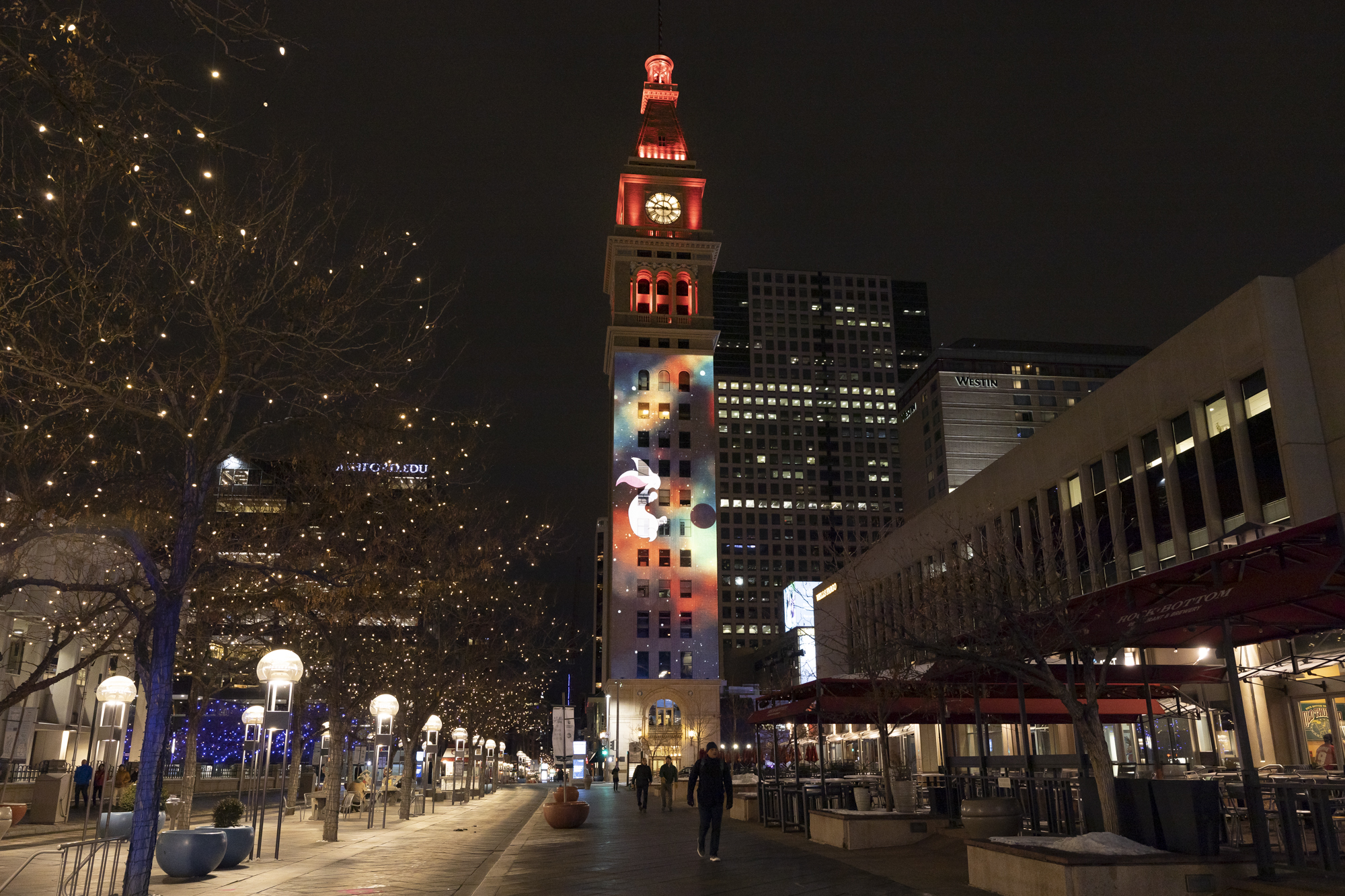 So far, 22 artists have been individually selected to display work for a month, 10 artists were able to use the tower for a two-night program and eight students at the University of Denver were given the opportunity as well. Part of the mission of Night Lights is to become “the people’s projector” and to encourage experimentation with digital art and projection mapping.

This month, two artists are returning to the program to showcase their second Night Lights video and one other is joining the roster for the first time. Kendra Fleischman made one of the first videos in 2019, a psychedelic slideshow of old photos and new animations. Her second animation is called Anticipation of Spring and once again she’s mixing two juxtaposing visuals — live-action footage and digital animation. The result is a hypnotic journey from winter to spring, told in layers. Fleischman also showcased another animation of hers in RiNo this month for the festival Side Stories, making her a dynamic and motivated person in the local digital art scene.

Chris Bagley is the other returning artist — and another well-known local digital artist. After producing live visuals onto the tower with Moke on New Year’s Eve, Bagley came back with an idea that shows off his keen observational skills. This time around, he’s created an abstract visual reference to the surroundings (and the people) around the Daniels and Fisher Tower, called Electro Ecstatic. Like most of Bagley’s work, this video starts with an illusion. At one moment it’s completely abstract, and at other moments recognizable shapes almost come into focus. His inspiration was no doubt from watching people who see the projection mapping project for the first time. If you stand around long enough at the base of the tower, you can start tallying the number of people who interact with the artwork in some way — whether it’s putting their phone down to look, taking a photo, pointing it out to their companion or even just smiling.

The new member to the roster is Clara Luzian aka Render Fruit. Her video, titled Lonely Traveler, explores the emotions, moods, sensations and observations only collected while traveling alone. Much of Luzian’s animations combine organic elements — animals, human faces, flowers, gemstones — with otherworldly colors or combinations. There’s something quietly sensual about her work, yet at the same time, scientific. 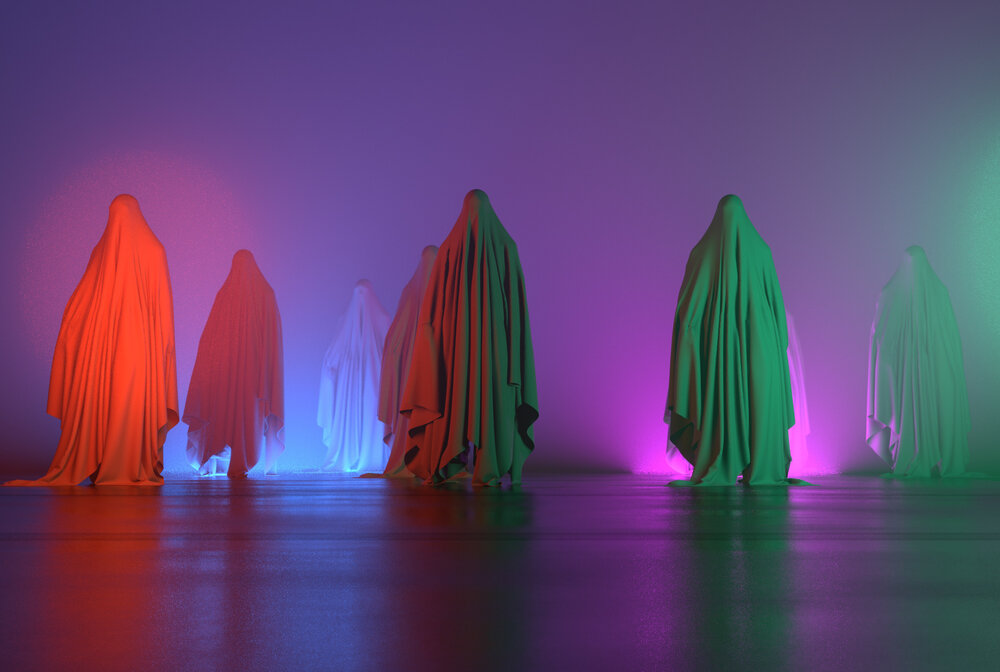 “Ghosts” by Render Fruit. Photo courtesy of the artist

An addition to the regularly scheduled March programming will occur on March 13 and 14 with the local digital technology group Alt Ethos. After the regular showing (approximately 10:30 p.m.) a video created by artists in the collective will illuminate the tower for a special late-night treat.

Make sure to catch a glimpse of these artists at some point this month because next month brings a new round of artwork to admire.

Night Lights Denver programming runs every week, Thursday through Saturday, starting 30 minutes after sunset and stopping after three hours. It is located at 1601 Arapahoe Street.