All Photography by Andie Smith

Enter Boulder — often viewed as “the big kid playground” by University of Colorado Boulder (CU Boulder) students, and the little sister city of Denver, just 30 minutes north-west on Highway 36. While Boulder might not emanate the same allure of Los Angeles or the mid-country charm and twang of Nashville bars, there is one thing promised by entering its narrow city streets and shoe-cluttered power lines —  house music.

There are the rows of Greek life houses, whose members march diligently to weekending responsibilities, there are the Boulder Theater and the Fox — venues that host those treasured nights of dancing — and the spectacle of remnants that University students leave behind on their restless routes. Litter and broken glass make up an unfortunate portion, but there’s also the EDM paraphernalia — headphones, concert posters, and the left-on speaker that’s bleeding music into the street even after everyone’s left the party for another. 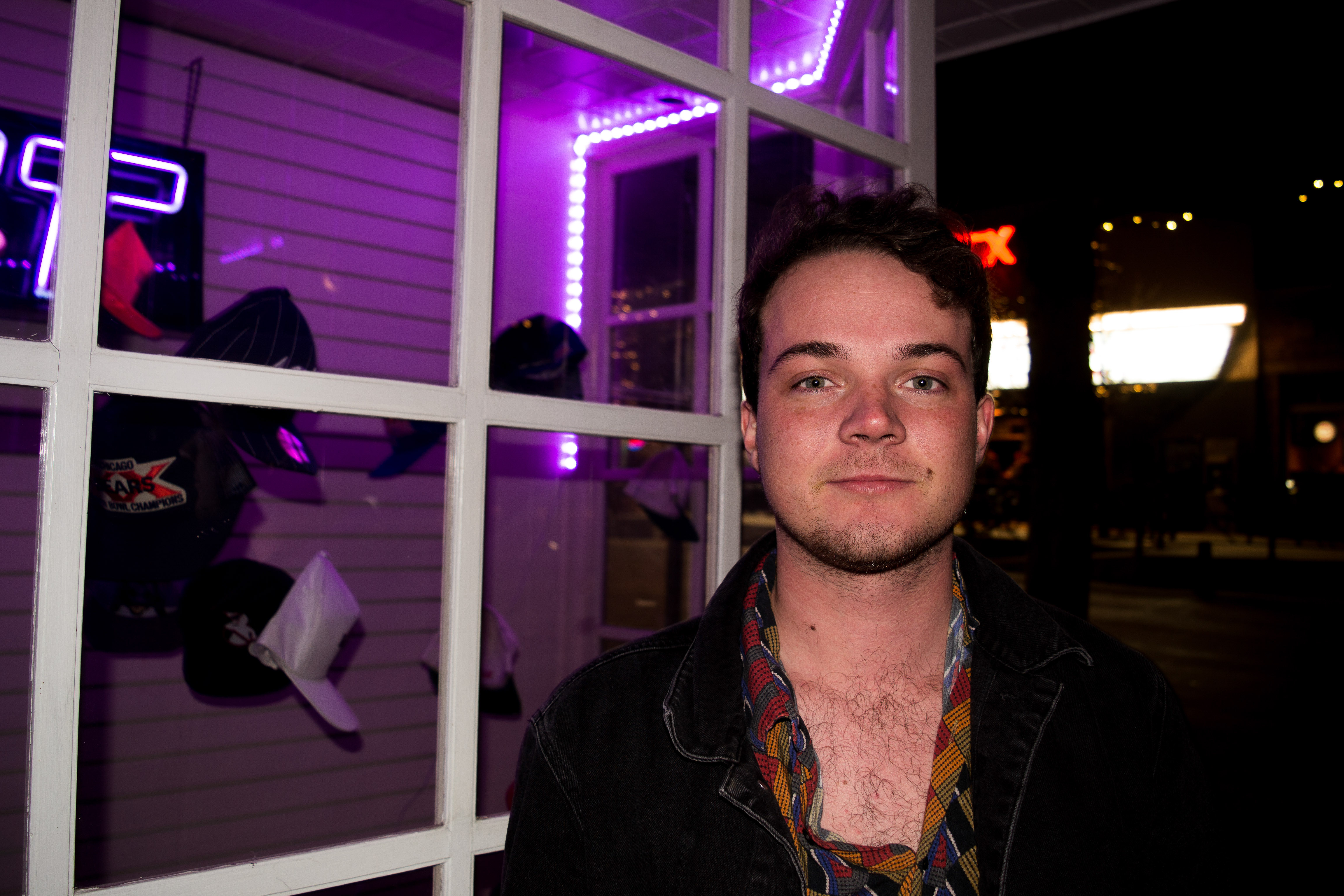 I met Bridger Haas during a summer in Boulder where all the leftover University students seemed to congregate in the same places. Haas, stage name Haasy, represents the contemporary garage band DJs of Colorado colleges. While there is a boastful amount of students across the country that humbly start in their dorm rooms — that can plug into an Ableton or Pioneer and mix songs at their local house party — it takes a different kind of producer to establish a name like this for themselves. This is especially true in a city so saturated in house music. Everyone is a DJ.

You don’t need to explore far past 13thstreet on the University Hill to understand this phenomenon. Illegal Pete’s, Taco Junky, the Fox Theater — all capstone corners to the trifecta of University nightlife. There is a grand magnetism for the world of house music. The clinging of groups to those who ooze the allure of cool — it’s half the insolence of college youth and half the house industry being built on the emphasis of the singular DJ figure. 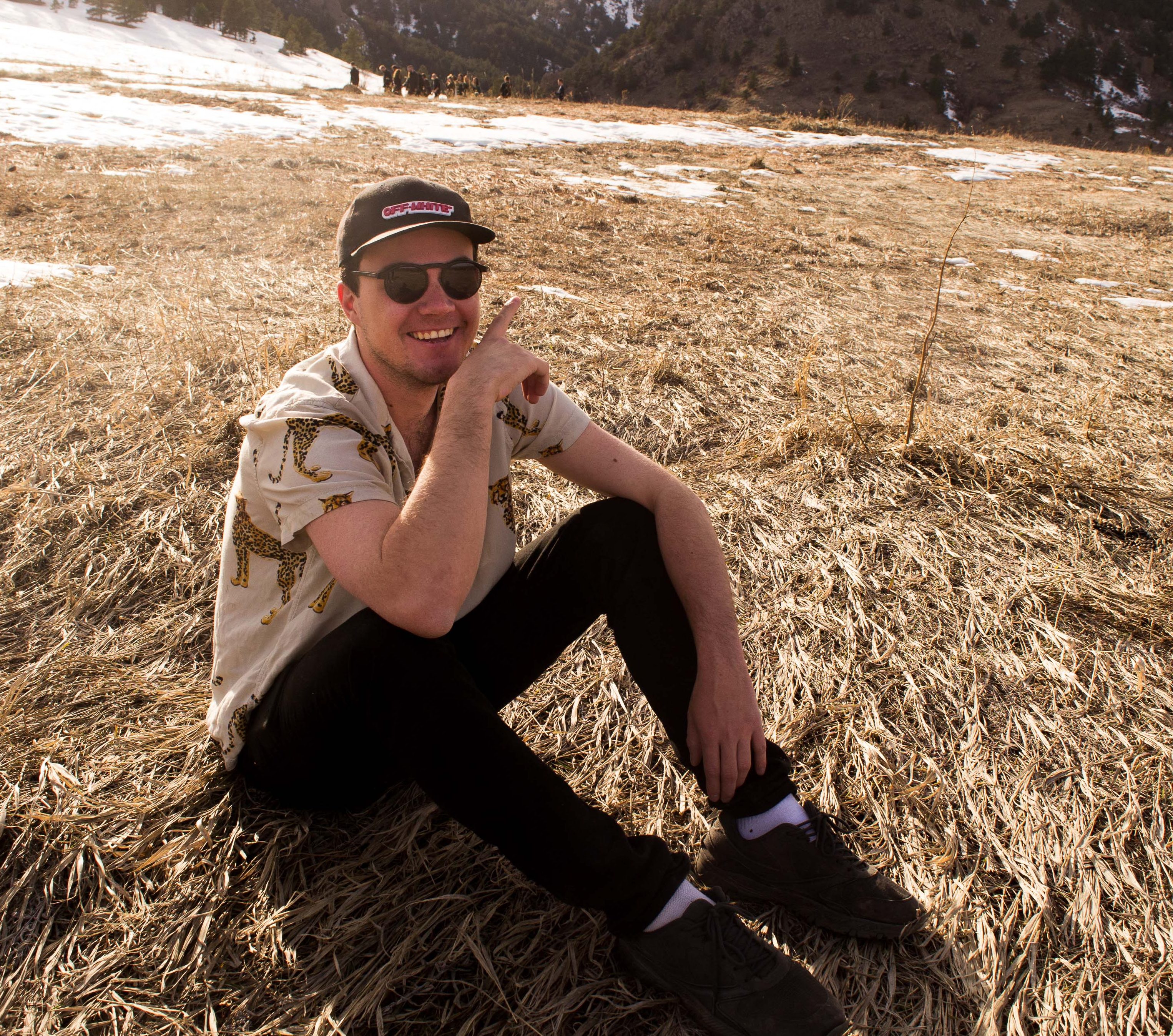 Now Haasy plays a raucous combination of sedating future bass and his self-proclaimed, high-energy “Deep Haas.” Following graduation, Haas has elevated his influence of house party DJing into a headlining performance. He’s played around 10 shows at the Boulder and Fox Theatre. Last September, he opened for a sold-out Malaa set at the Boulder Theater, which was his favorite show to play yet. He established his own “Back-to-School Haas Party” at the Fox Theatre, drawing in hundreds of students and fans to his eclectic and consuming sets, which the Fox has continued to host even in Haas’s absence. 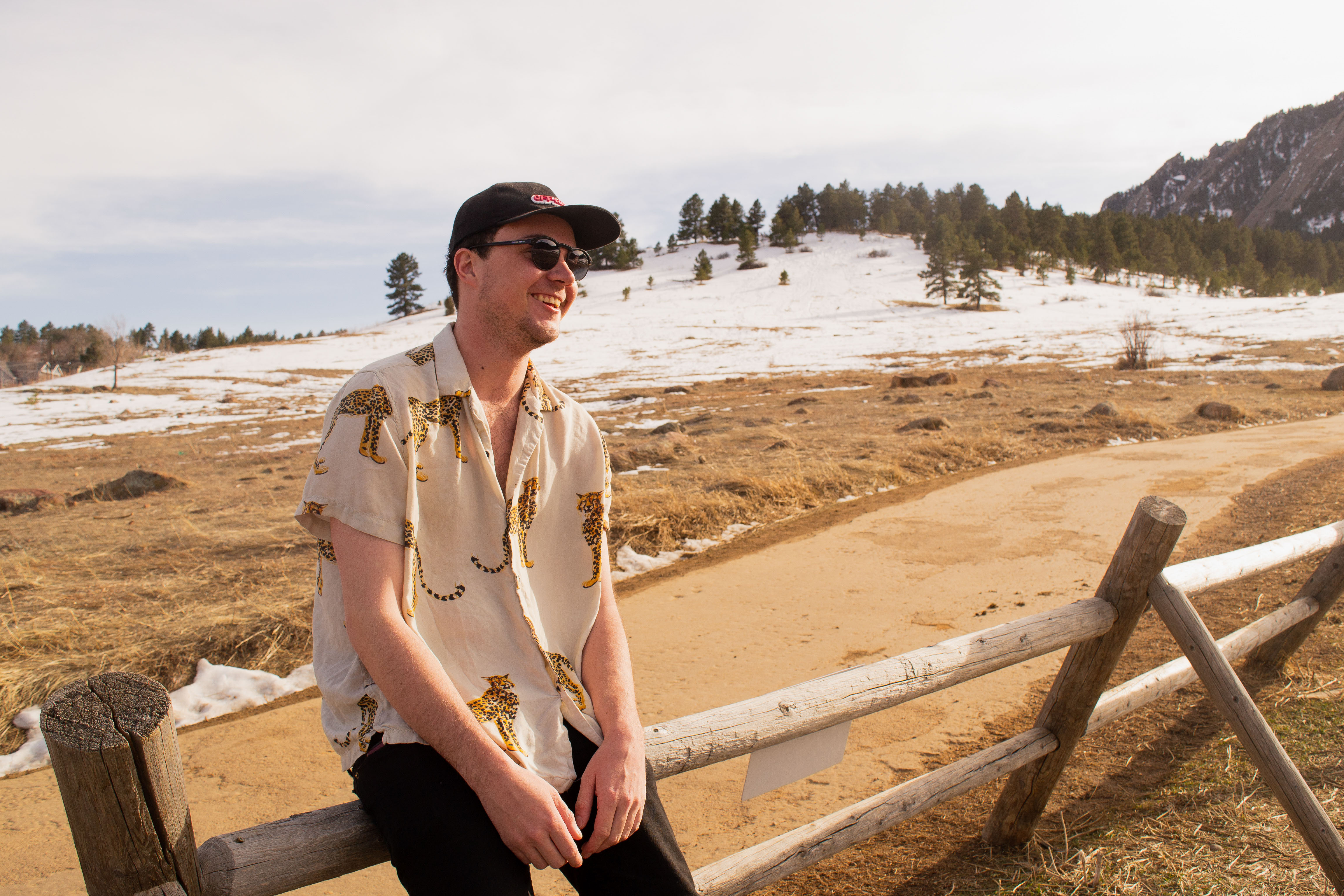 I sat down with Haas at The Sink — Boulder’s infamous dive bar — on a snowy night, and we watched pedestrians struggle to keep balance on the slippery ice-coated sidewalks outside as we enjoyed chips and salsa. Growing up in Aspen, Haas is familiar and comfortable with this Colorado environment. “I played hockey and skied a lot growing up,” he explained. “I lived all over,” Haas continued, “I moved to Denver in high school and then to Charlotte in North Carolina, and then back to Boulder for college.”

What really got him into music was playing guitar in a band in high school, and the early 2010s music of Flume and Disclosure. Flume’s 2012 debut album is arguably the entrance of future bass into the mainstream and one of Haas’s first loves for the subgenre.

One of Haasy’s biggest EDM inspirations is Denver’s GRiZ, who implements elements of jazz into his bass and drum drops. Haas works closely with producer and artist Jake Syrenne, who plays a seductive saxophone to accompany many of Haas’s live sets, and initially taught Haas how to produce music.  The two have been working on new music together that will be coming out soon.

“The project I have with Syrenne has been great because I have learned a lot and I feel like we have an awesome ability to collaborate,” said Haas. 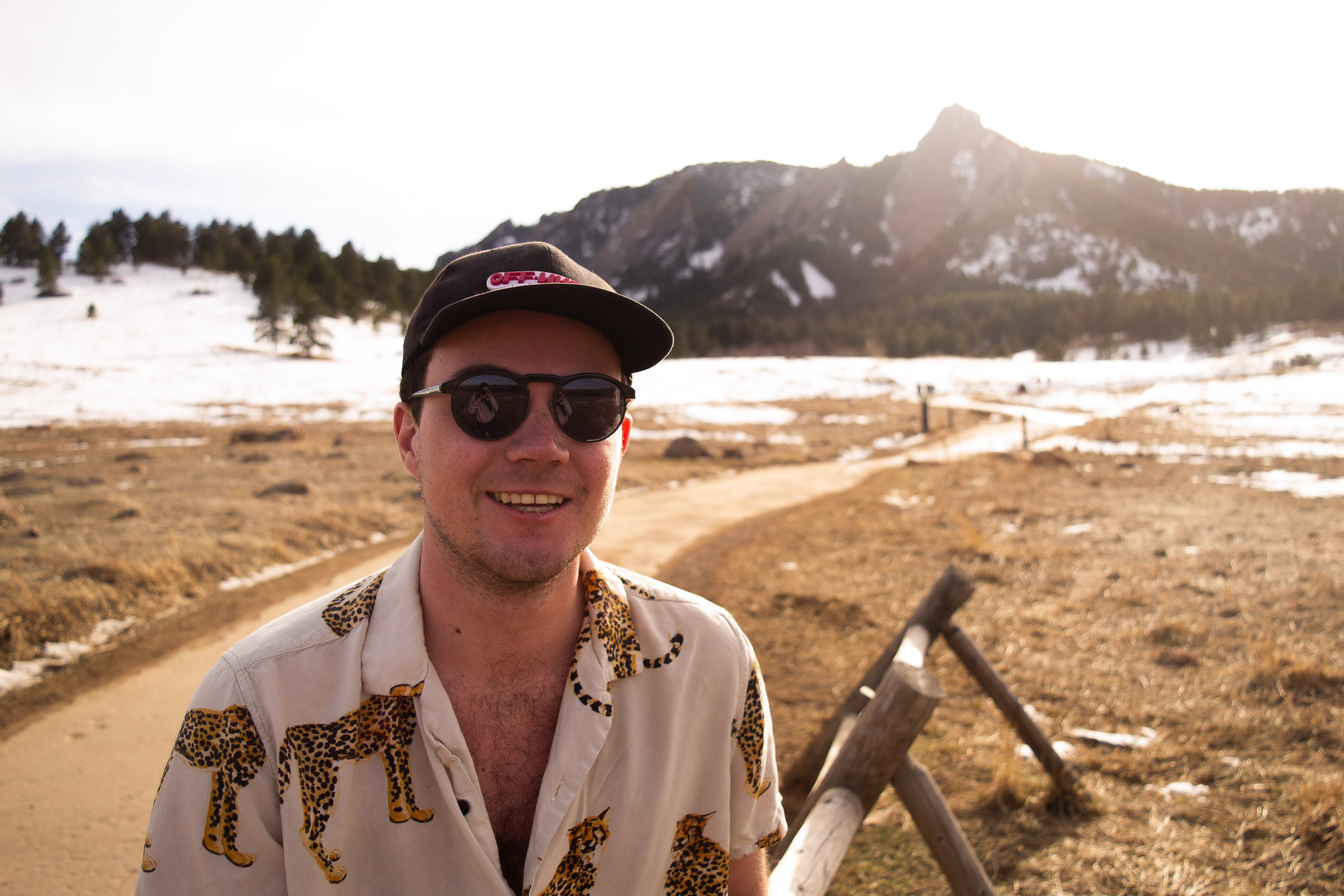 When asked about non-EDM music inspirations, Haas said, “I listened to a lot of Neil Young growing up.” At that moment, The Weeknd’s recent single, “Blinding Lights,” came on at the bar, and Haas paused to comment on his love of both the artist and his newest release. It’s clear the R&B artist’s soulful production has a lot to do with house production as well, evident of the catchy vocals often present in Haasy’s mixes.

“The industry wants you to be one thing right from the get-go, but my sound is always evolving and I’m still finding it, so I’m experimenting with everything right now,” he explained.

Haas is a music fan on every front, which is evident from his varied taste. His EDM inspirations stem from house and future bass artists like Tchami, Oliver Heldens, Vintage Culture, and Adraitique. Yet, his non-EDM musical escapades include anything from the country artist Tyler Childers to the alternative group Ora the Molecule. From remixes of iconic singles from Two Door Cinema Club or Lil Nas X’s “Old Town Road,” to seamless weaves of one trending house track to another — Haasy’s Soundcloud mixes are the perfect medium of what’s popular and what’s timeless.

Haas says, with all the new music he’s perfecting, he hopes to sign to a label very soon. It’s clear his passion for the art form is what drives him. “I’ll be waiting tables if that means I’ll be playing shows every other night in the future.” Some of this passion can truly be attributed to the environment of the Boulder house scene.

“If it wasn’t for the electronic music scene in Boulder, I don’t think I would ever be constantly inspired by new music. Every weekend it is house music and bass music and it has been that way since I arrived in Boulder. There is always an artist to see and there is a mutual love for the genre by most people in the Boulder and Denver area.”

You don’t have to strain your ears to hear this resonate throughout the community. Up and down the streets, every house is boasting a recent Tchami or Chris Lake single, amid Boulder bikers, hikers and families.

Yet, the genre’s musical canon is swiftly transitioning, as Haas claims. “The house genre changes about every six months — Fisher was big last year, this year it’s more techy.” While the future of the music is unclear, there’s always a song that’s really hot for a few weeks. Haas explained, “Every time I play Taco Junky, someone asks me to play Roses by SAINt JHN (Imanbek Remix).” Song trends in Boulder are as fleeting and peripheral as chunky white Fila sneakers or the most recent coveted vaping device. 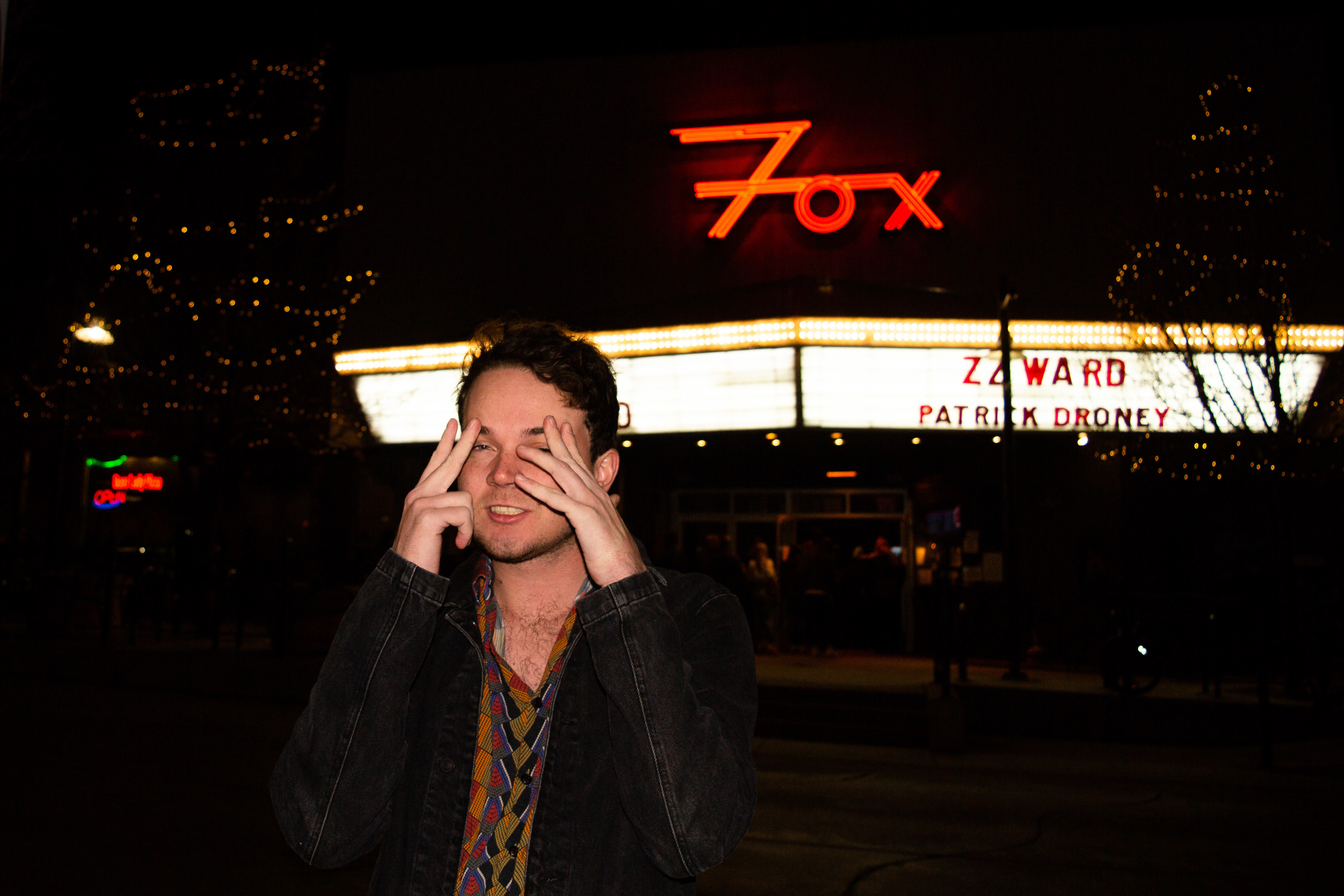 On March 20, Haasy will play a show with Ghostland Observatory at the Fox Theatre. This will be an unexpected, yet unique matchup, as Haasy’s house aura will frame the electro-rock duo with high energy and boyish charm.

Haas clearly has his finger on what’s it, week after week. For this reason, the 23-year-old artist pushes the limits on the glass ceiling of DJs coming out of colleges. From the old houses on University Hill, all subverted to the inevitable genre that has everyone hooked, Haas managed to compress an entire city’s music scene into a single mixtape or live set.

Tickets to Ghostland Observatory with Haasy are available here.