All photography by Meegan Dobson.

In historic Old Colorado City, in a cottage built in 1909, hangs a painting of a Mexican artist on a living room wall. From the home’s entryway, you wonder if your eyes are playing tricks: the subject’s face is photo-realistic, appearing as a cutout pasted on canvas. From the tones to the recreation of light, the depiction is deceptive. “She has the most beautiful, perfect skin,” said Elizabeth Selby, the magician behind the portrait. 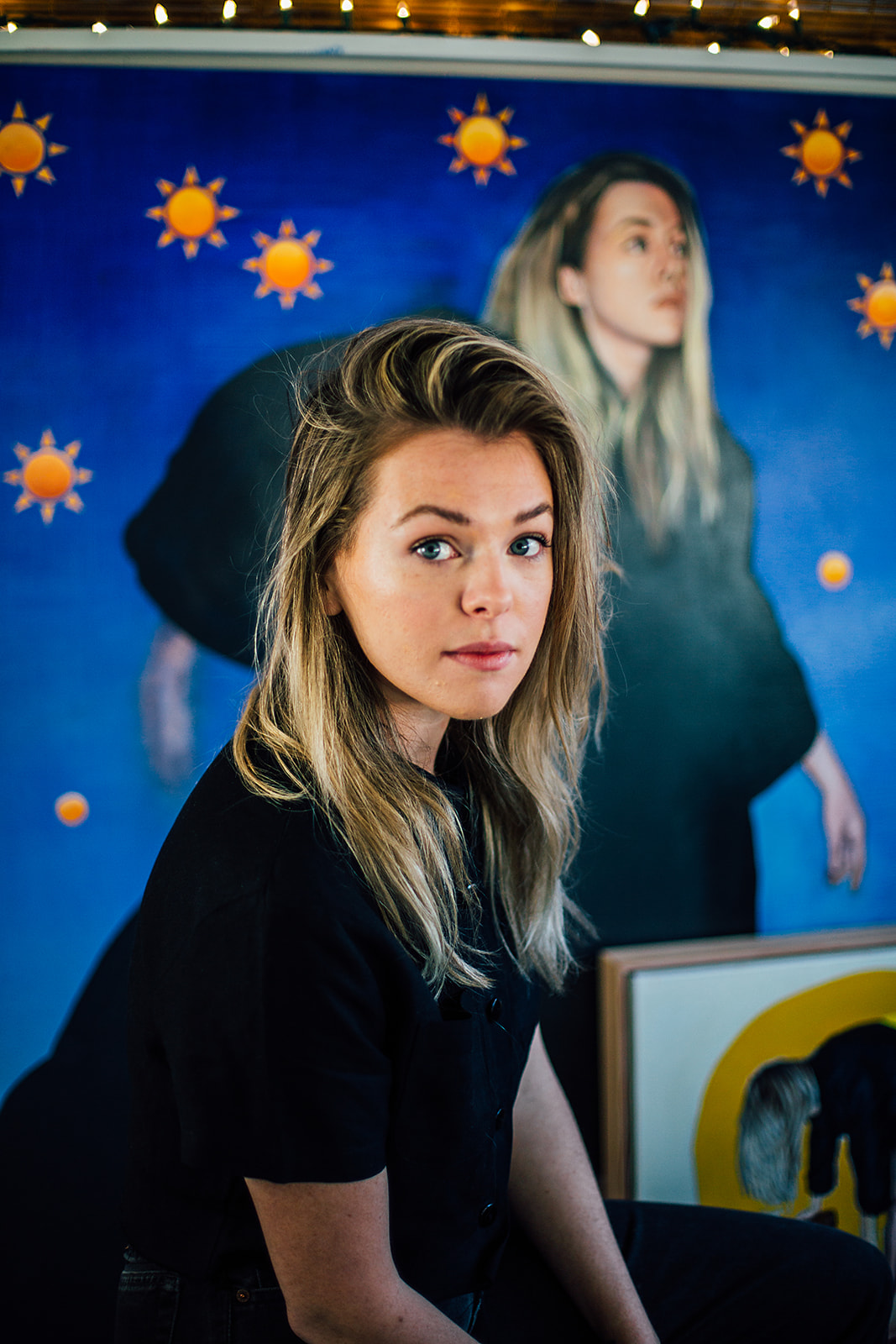 Selby lives and works in a West neighborhood of Colorado Springs as an artist, specializing in oil painting. “I’d done acrylic, but it never clicked,” she admitted. “I was repeatedly discouraged; I couldn’t get a handle on it. When I took an oil painting class, it made sense. More than any other medium, I’m able to communicate with oil.”

After only a couple oil painting courses, Selby was quickly offered the opportunity to showcase in Colorado Springs, inside Ivywild – the historic elementary school turned marketplace. This first show featured a series of food images. “Food provides all colors … and every texture,” Selby explains. “I began with doughnuts … then more junk food: cake, gummy bears … Ring Pops.”

Outside just a few formal classes, Selby is self-taught. Born and raised in Spanish Fort, Alabama – on the shore of Mobile Bay – she was homeschooled until ninth grade, then attending public high school through graduation. While in secondary school, she would often skip classes, explaining: “There were some I didn’t need to be in. I’d leave during the day and come back later. Some of my best memories are from my teenage years – being rowdy, no responsibilities … living in the present.”

During her childhood, while homeschooled, Selby sought crafts to entertain herself. “My mom let me try any creative endeavor: pottery, sewing, woodworking, mosaic, sketching, painting, and metalworking,” says Selby. “My dad had his own HVAC, plumbing and electrical business, and he let me use his shop to cut metal.” 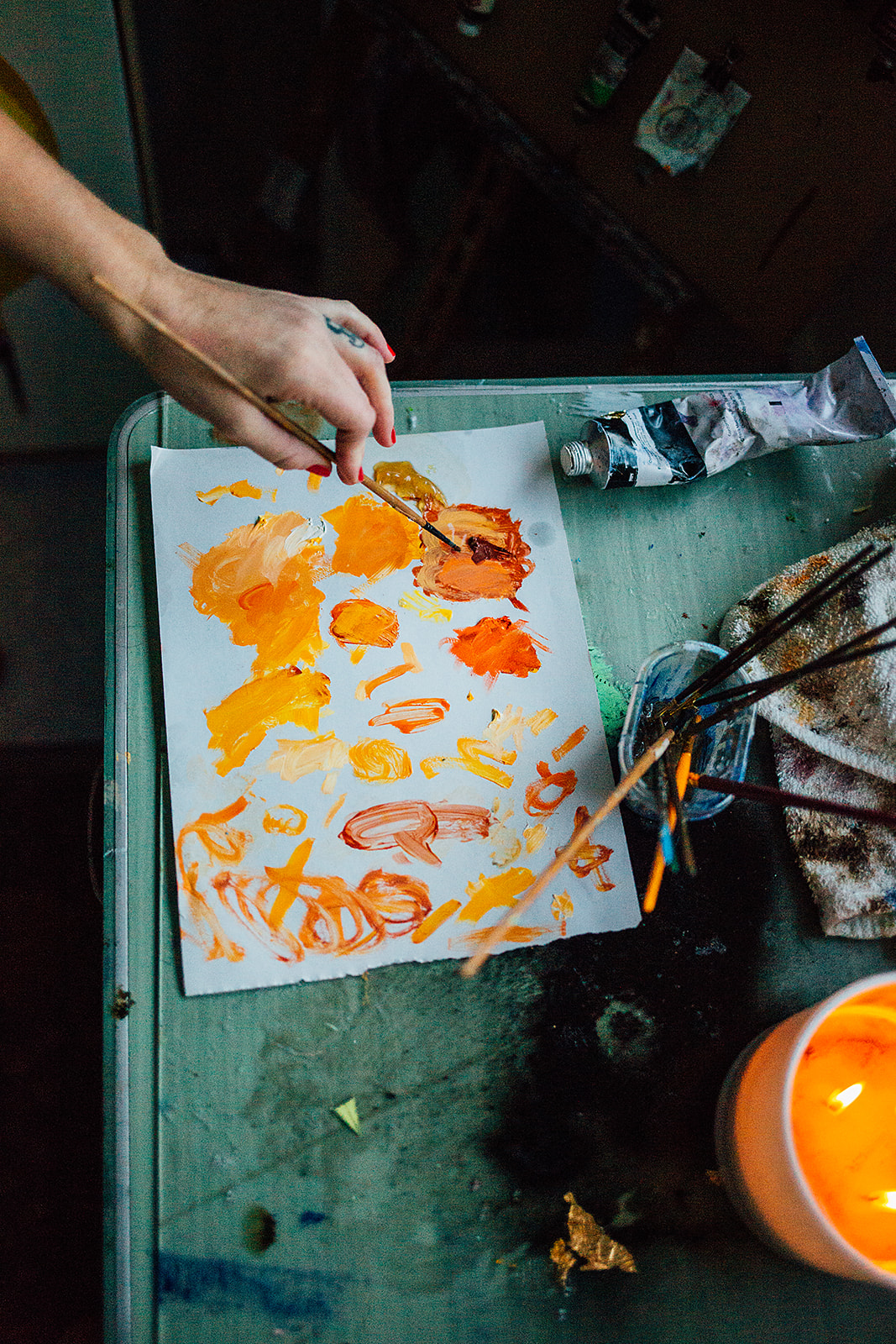 Selby met her now-husband, Blaise Selby, during a semester in Israel. He was serving in the Army, ultimately bringing the two of them to Colorado Springs (a concentrated hub of military bases).

Since moving to Colorado, and focusing on oil painting, her work has now been showcased in the Springs, Boulder and Pasadena CA. She’s also been featured in both notable and popular publications, like New American Paintings, Fine Art Connoisseur, and Buzzfeed.

Moving past food, she now primarily creates portraits and figurative work, explaining: “I crave authentic moments, when people actually see one another … when you and a stranger lock eyes, laughing about something you both happened to witness. My hope is for my work to be a nod to the viewer as they recognize a familiar emotion … something commonly human, even if they can’t put it into words. I want to create connection.”

Before a painting is started, she only has a concept. After an initial idea, Selby takes photographs. She sometimes tasks professional photographers to take pictures of her or models – but she prefers snapping images herself. Often, a hundred photos are taken for a single painting. “It’s an intimate, vulnerable process. It’s the most subtle differences that narrows it down to 12 images.”

She carefully chooses the final image based upon composition, light, and details that capture her imagination, adding: “Most of all, I choose what I’m emotionally drawn towards. This part is mysterious … where words aren’t welcome. My original idea may remain … but maybe not.” 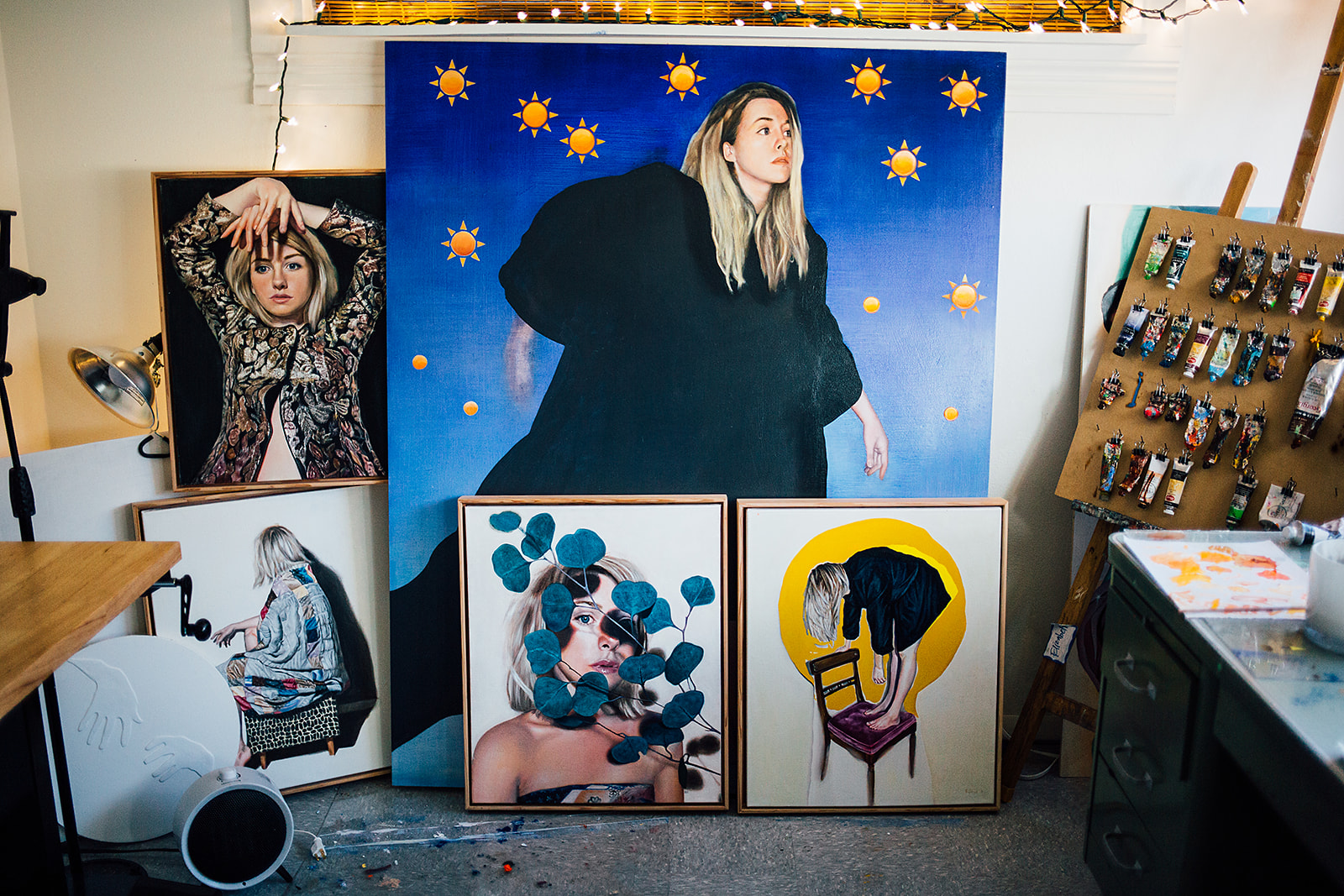 Once the final photo is chosen, Selby modifies it towards her original concept using paper, tape, scissors, and stickers, preferring a collage of tactile materials over technology. “A lot of times, when I’m trying to convey something deeply personal, I don’t have words,” she says. “Often, months later, I realize why I was compelled to paint. Sometimes, the end result is exactly my original interpretation, and other times it’s entirely different. I allow for happy accidents. Holding too tightly can stifle the process.”

Holding warm coffee between her hands, she reflects upon her career as an artist, revealing: “In the last year, I’ve had to decide what success is. For me, I want to communicate emotion and make honest, authentic work. I feel a release through painting; I have no other way to communicate certain things … I’m still honing my voice.”

Selby had a solo show at S.P.Q.R. Gallery in downtown Colorado Springs in mid-2019 and was also part of a group exhibit last year at The Kreuser Gallery, called Gratitude.