Wide Man might be the new kid on the block, but they’re also the loudest. The band’s genre of choice— hardcore— is often misunderstood when looked at with an outsider’s lens, lumped in with punk or lost in translation when it comes to the city’s music scene. But Wide Man is making a definitive name for hardcore in Denver, and they’re being heard loud and clear. Though the band is relatively young— with ages ranging from 19-25— three of their four members were previously involved in other bands. Their collective experience has created a place for them with ease within Denver’s mercurial music scene.

So what makes a hardcore band work? For the members of Wide Man, the glue that keeps them together is the camaraderie within Denver’s ever-changing hardcore community, which they say is unlike any other city they’ve been to so far. Wide Man has been hitting plenty of “firsts” as a new band these past few months, namely returning in November from their first tour across the Midwest and East Coast. We sat down with the band last week for their first interview to hear their say on their first EP, Mixtape, their first tour and their first real moments as what may become one of Denver’s formative hardcore bands. 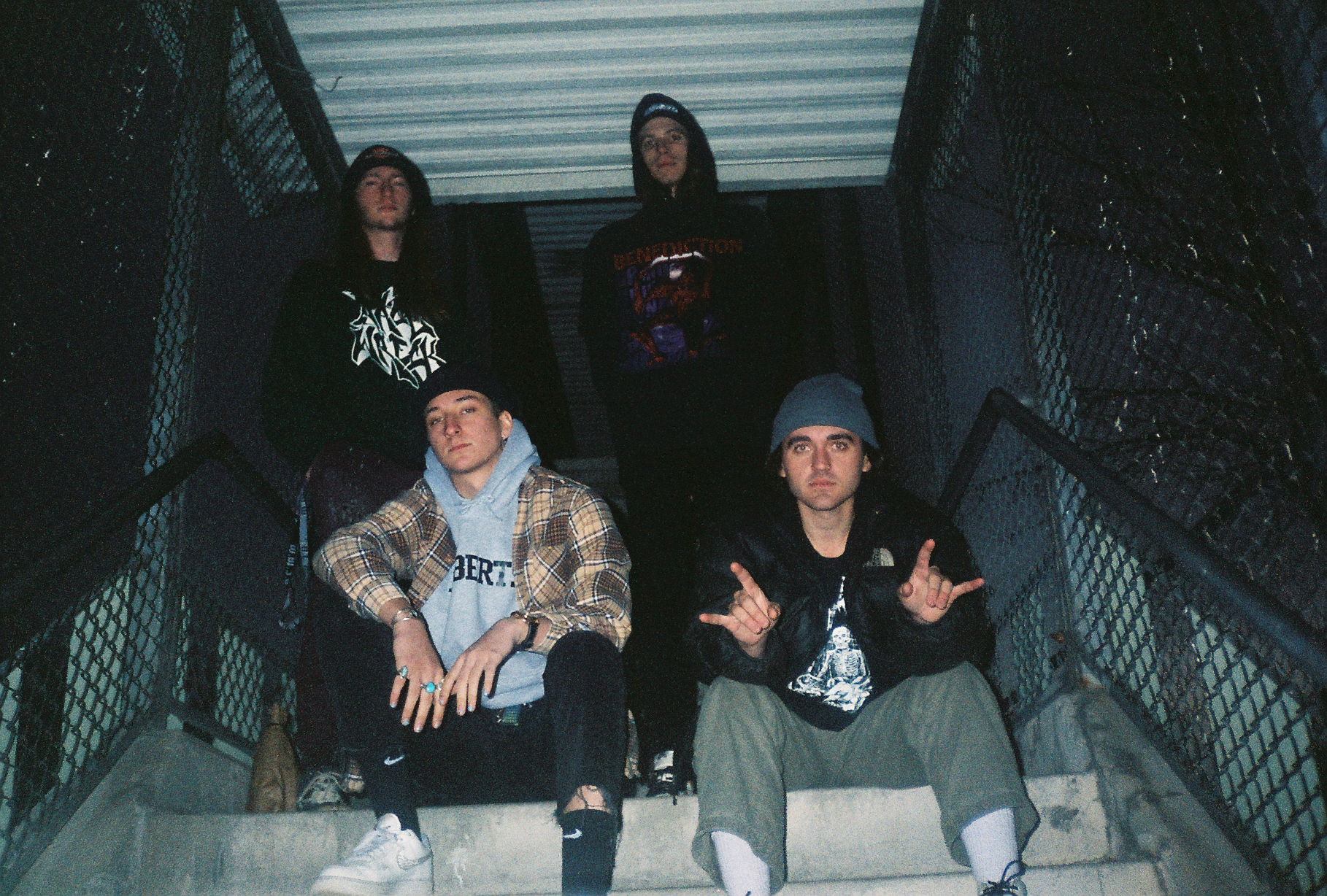 Wide Man’s members don’t primarily listen to hardcore, despite their choice to write it. The band has a variety of musical influences and band members listen to everything from indie-pop to death metal, to even Kacey Musgraves (according to drummer Evan Logan.) Still, they choose to write hardcore, simply because “Hardcore is probably the most interactive form of music you can be involved in. Other genres are cool but shows get boring when everyone’s just standing there,” according to vocalist Walker Franck. Lead guitarist Kyle adds, “Anyone can get into it, we have a universal groove.” Hardcore is a genre that allows the band to just have fun, which is their biggest goal for their audience as well. “Wide Man is for everyone,” says their drummer, Evan Logan.

In the hopes of introducing everyone to Wide Man, we went through their first release, Mixtape, with them. Here’s what they had to say, track by track.

Walker Franck: With Nonstop, Erik was actually on vacation and he was gonna be back in three days and we wrote a good chunk of it but we knew for sure that the first 30 seconds— everybody looked up and was like “That’s it…”— The sample at the beginning of “Nonstop” comes from an AW Tozer sermon— The Voice of the Spirit. My grandfather used to play them and I don’t really remember anything about them but I do remember that they sounded uneasy

Evan Logan: It’s just him giving a sermon but it sounds kind of creepy and it makes you a little bit uncomfortable but it’s kinda cool, it just works.

Kyle Goldsberry: Finally got the guitar solo I’ve been asking for ages. But the title is a Big L rip.

EL: “Theft Protection” is about Walker’s car getting stolen.

WF: Well the lyrics have nothing to do with that, we will never have a song name that’s related to the lyrics in any way.

WF: Because it’s funny— My car got stolen last spring,  literally from my parking spot at my apartment. And 10 days later I got it back, she was a lil’ beaten up, but that song was written post- that whole incident just a few months ago. It was like somebody just threw everything around but they left a full tank of gas and put a new battery in it so that was sick. So that song is called “Theft Protection” ‘cuz it was just funny. 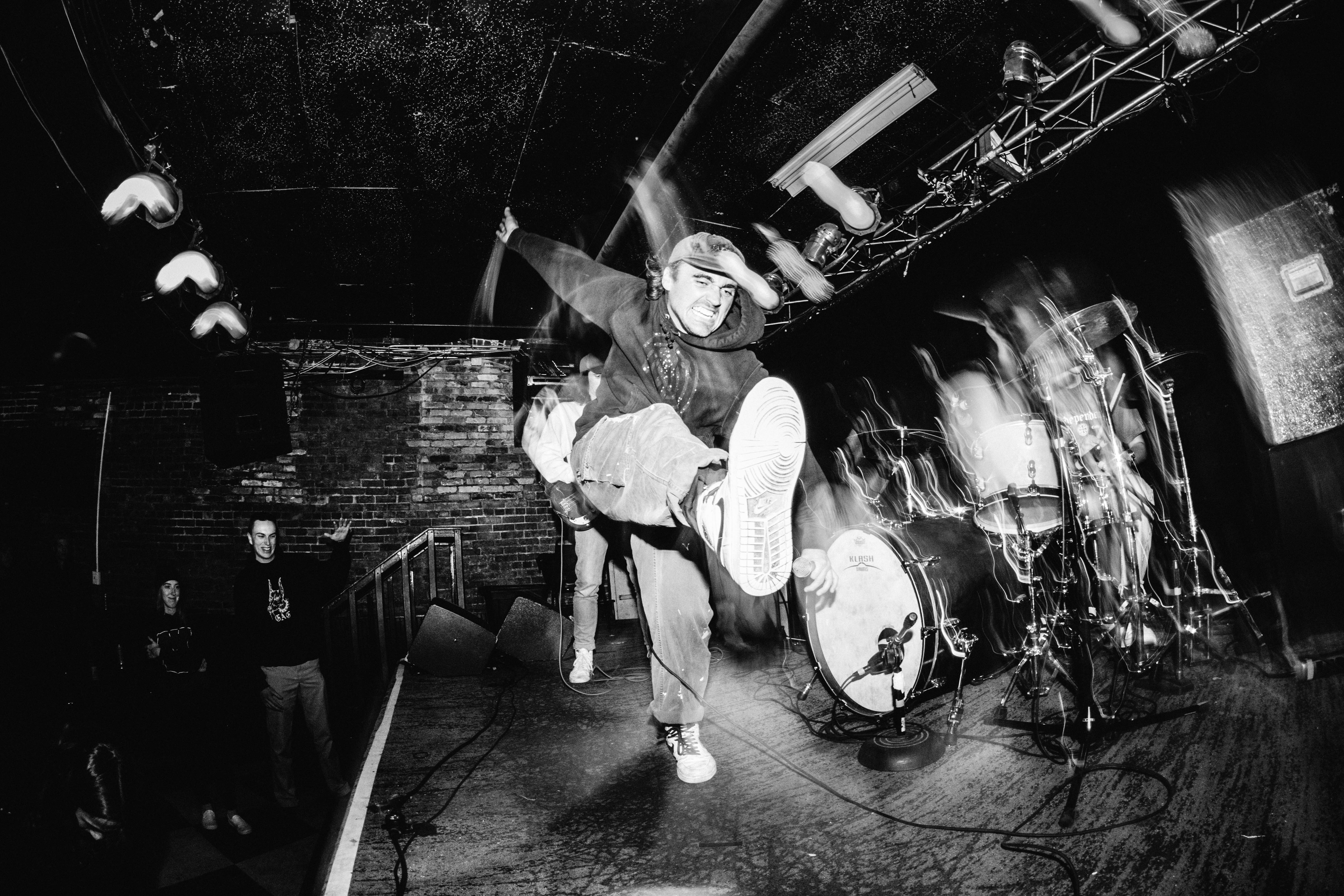 Walker Franck of Wide Man on stage with the band. Photo Courtesy of Nels Potvin @nelspotvin.

You can catch Wide Man live at their next show at Mutiny Information Cafe on January 23rd, where they will open for Red Death and Enforced.