Denver’s music scene just seems to get bigger and better every year, and 2019 continued that trend. Many local musicians debuted their work with singles, EPs, studio albums, music videos and tours, to name a few. Bands like VYNYL released their debut EP, while local staples to the music scene like YaSi played the main stage at UMS. Overall, 2019 was a momentous year for many local artists, but especially for these 13. Keep an eye out for these musicians because 2020 will certainly be an even bigger year for them. 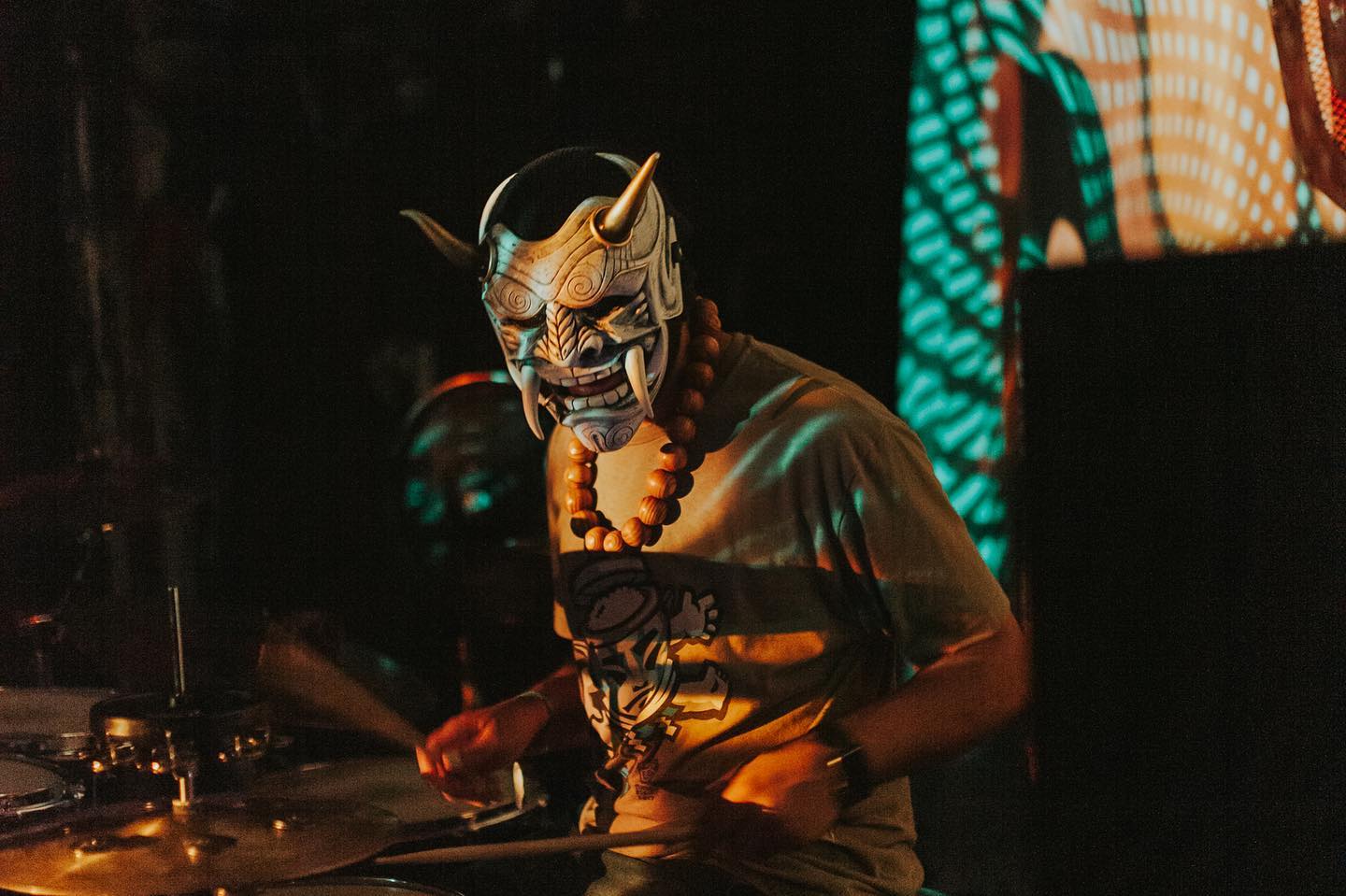 Listen if you like Hiatus Kaiyote, Erykah Badu, Thundercat

Four-part collective Ramakhandra makes music as whimsical as their name. The band draws from a variety of musical influences, from jazz, to hip hop, to pop and it shows with exactitude. Combining instrumental sounds of a pedal harp, bass, synth and drums, Ramakhandra simultaneously creates and dominates its own genre. 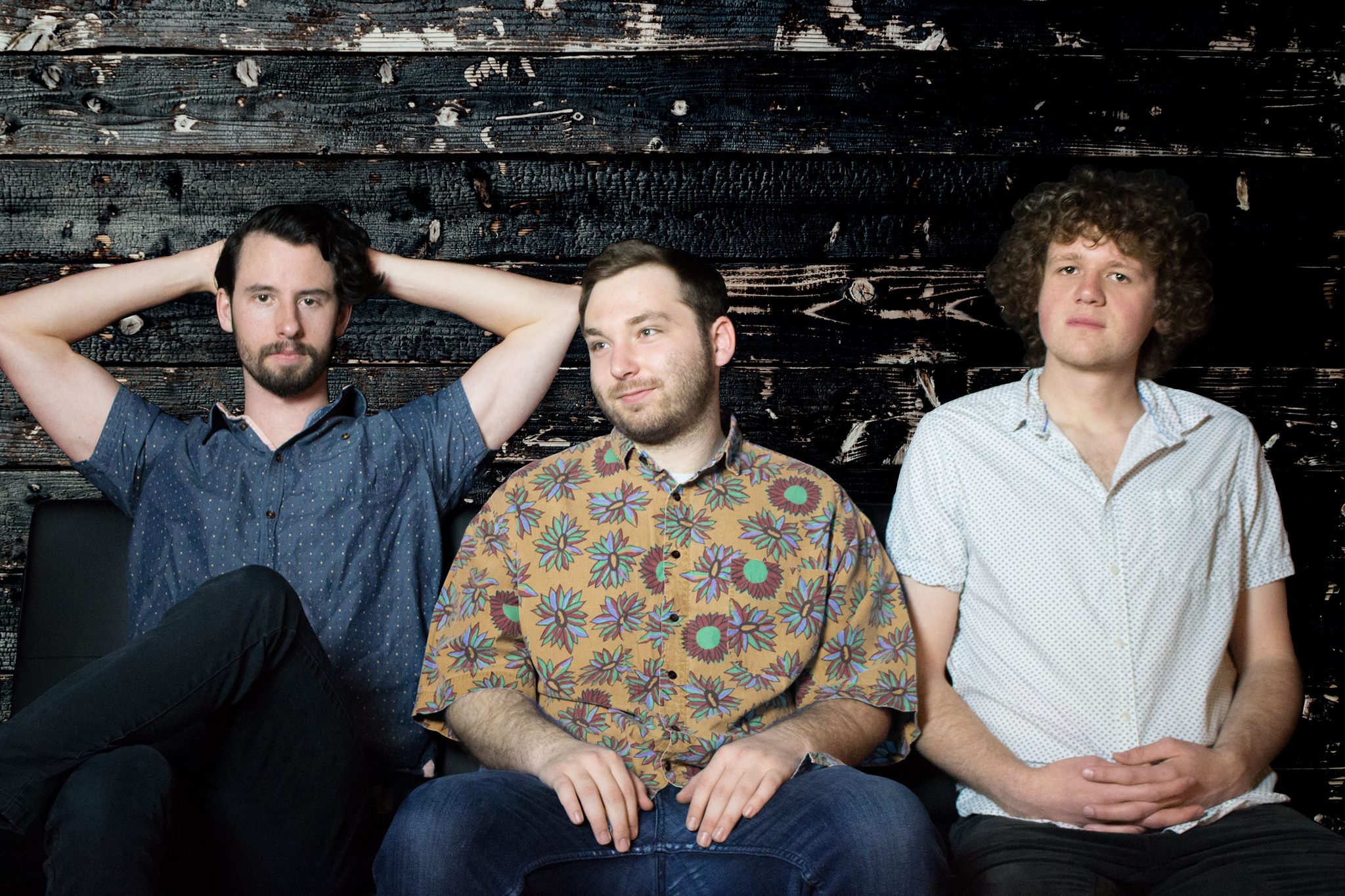 Self-described as a “jazz-drunk hip-hop trio,” Smirk is made up of Luke Maxson on keys, Alex Goldberg on bass and Ryan Bannigan on drums. The fact that Smirk has only released their first ever single just last month didn’t stop them from playing one of the stages at UMS this past summer. And crediting artists like J-Dilla, Robert Glasper and D’Angelo as influences signifies their intentional approach to their craft, already making Smirk a stand-out group to keep an eye out for. 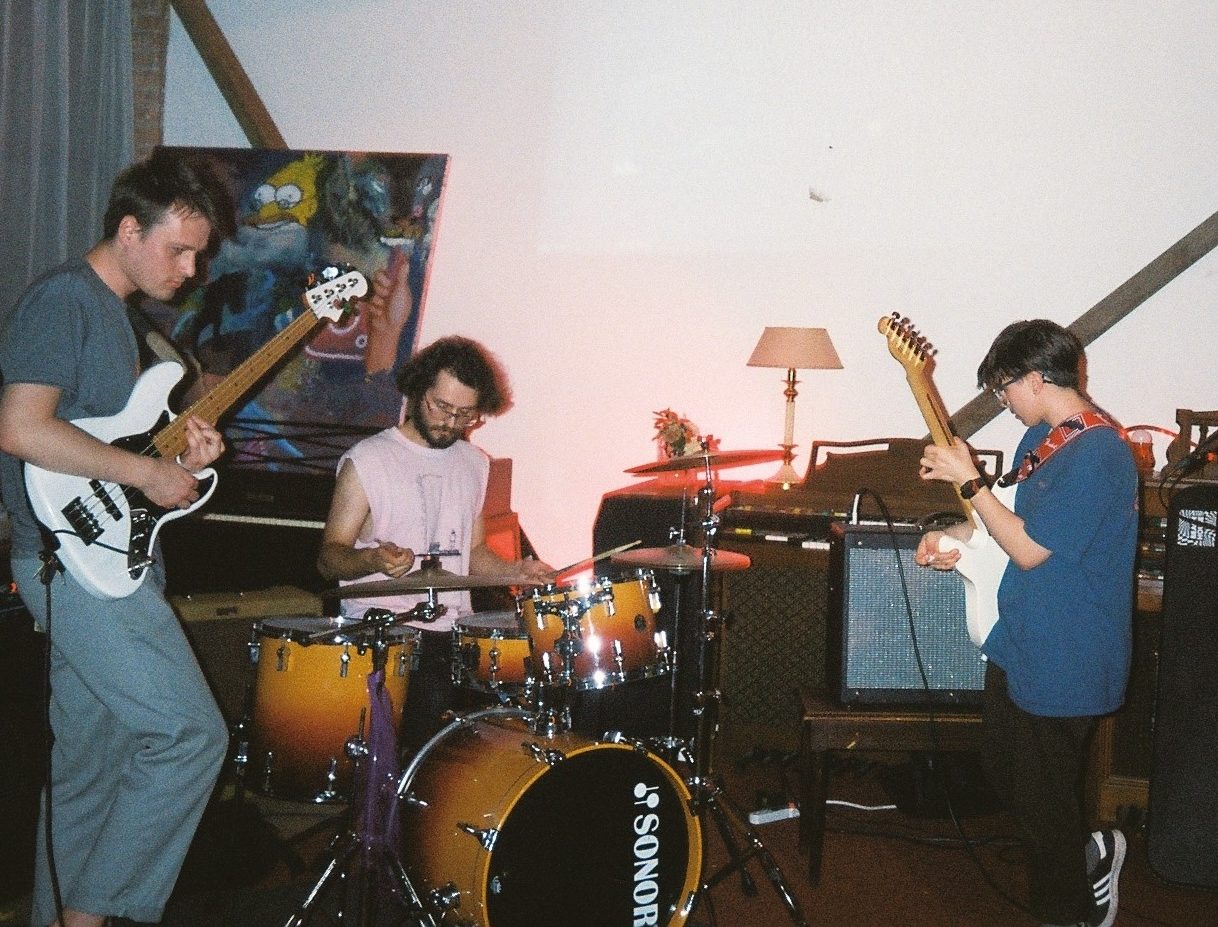 Listen if you like SALES, Beach Fossils, Bon Iver

Debuting local “slow-core” star American Grandma has already amassed a prolific discography. The band, which includes dreamy vocals from lead Jensen Keller and rhythm from Bryce Slavick and Caden Marchese, formed during Keller’s time at Univeristy of Colorado Boulder (CU Boulder) and has flourished since. American Grandma’s signature sound rides on hypnotic rhythmic lines that pull into opportunistic and enticing slow tempos. Keller’s vocal intonations hold the audience’s hand through transitional guitar lines and emotional breakdowns. The group made a name for themselves in the past several years, supporting genre favorites like Girlpool, Chastity Belt and touring with fellow Denver band, Midwife. Their latest compilation, Superdog, highlights eight new songs that are sure to keep listeners warm through Denver’s next few snowiest months. 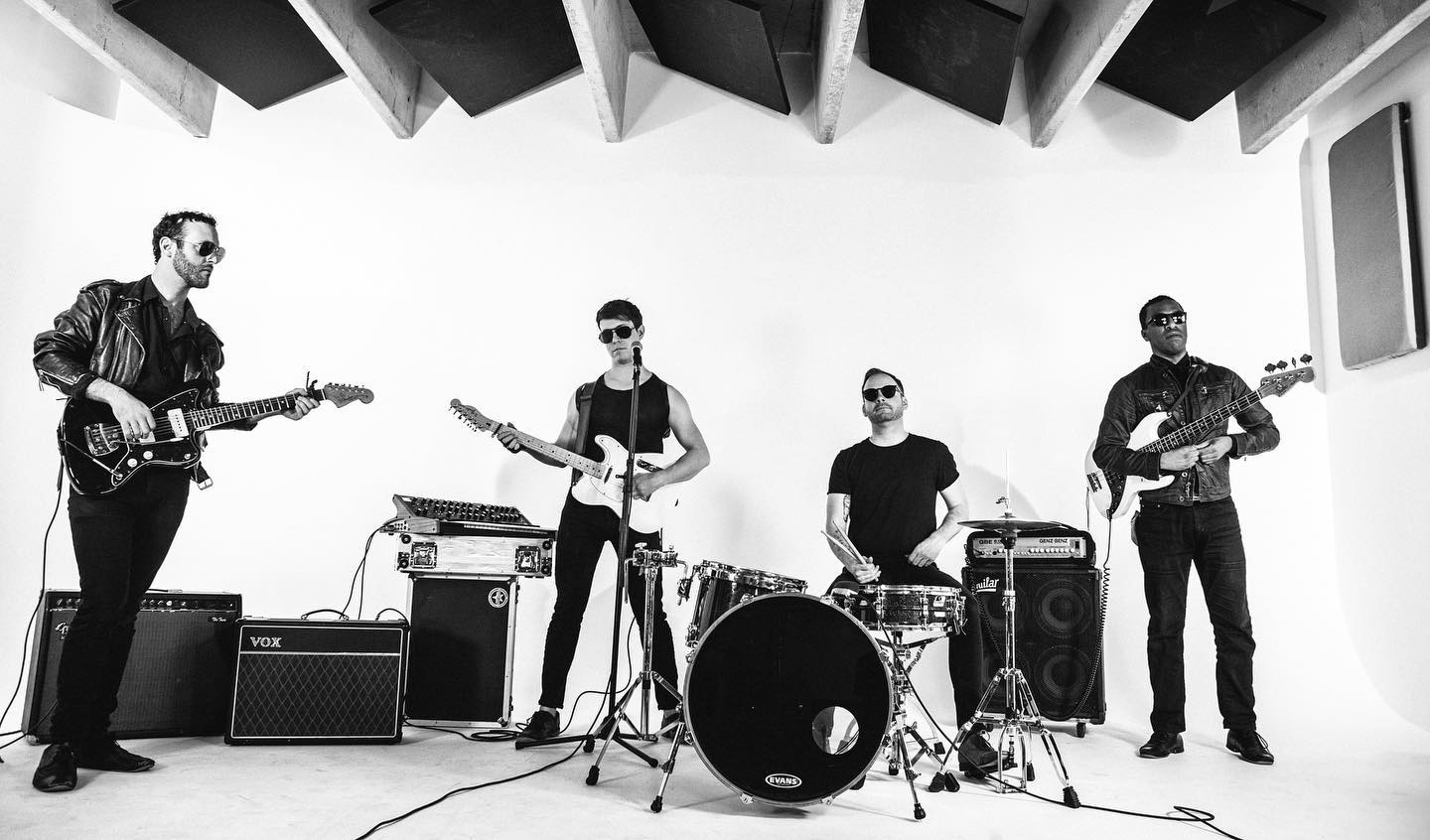 Listen to if you like New Order, Now, Now, Real Estate 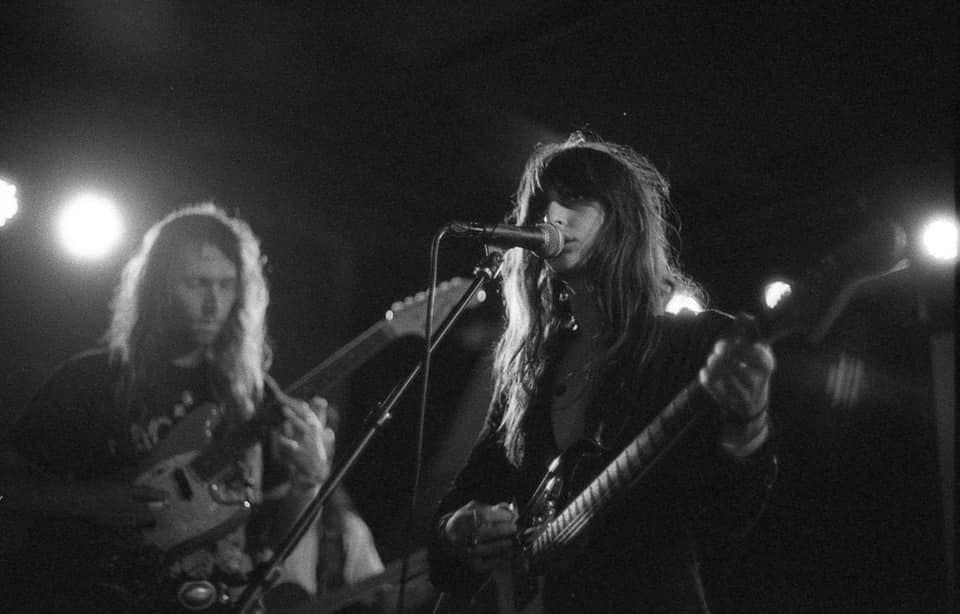 Listen if you like Oh Sees, Bikini Kill, the Cramps

Fresh off the high of their latest tour, Nightmare Blue is the band to beat. After a name change (previously known as Palo Santo) and a new EP released mid-summer, the band is bringing its newest sound to Denver. Rolling fuzz riffs paced out by Mimi Nissan’s arresting vocals place Nightmare Blue somewhere between the Oh Sees and your favorite surf-punk band. Their EP, Neon West, is a four-part saga that portends a promising future for the band in the year to come. Said themselves, Nightmare Blue is “the most addictive drug in the universe.” 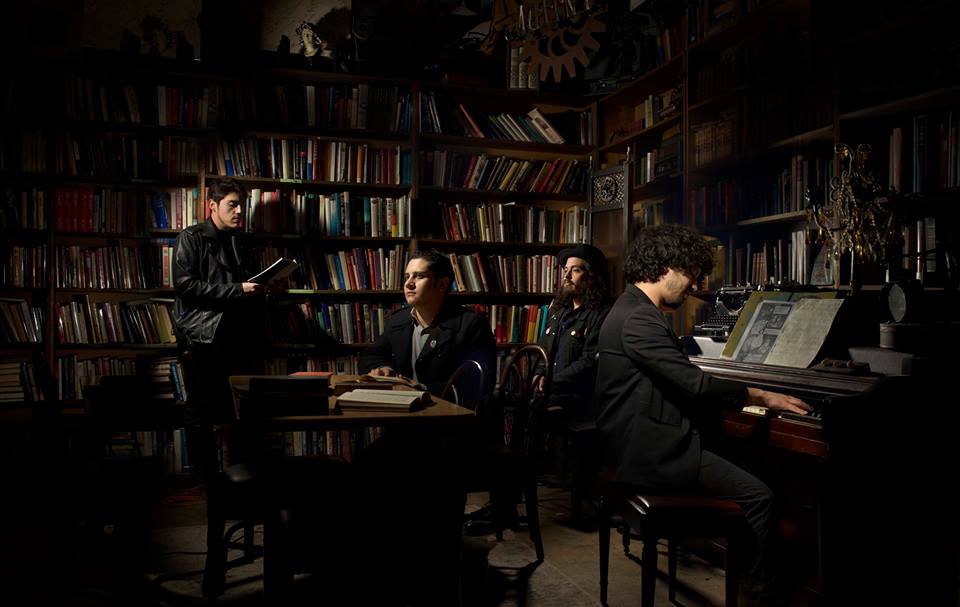 Listen if you like Tijuana Panthers, Guantanamo Baywatch, Chicano Batman

Brooding, yet sun-drenched, Latin-influenced surf punk hardly begins to describe Vic N’ the Narwhals’ sound. Combining ringing organ notes with reverb-laden guitar and bass truly invokes the image of beach goth, while crooning, heartthrob vocals invoke more of a Beach Boys vibe. Just when a riff nears the edge of sounding overdone, the band smoothly changes up the pace and dives into a new, totally surprising direction. 2019 was an explosive year for the band, playing one of the main stages at UMS this year as well as releasing a new full-length record. So here’s to 2020 for Vic N’ the Narwhals. 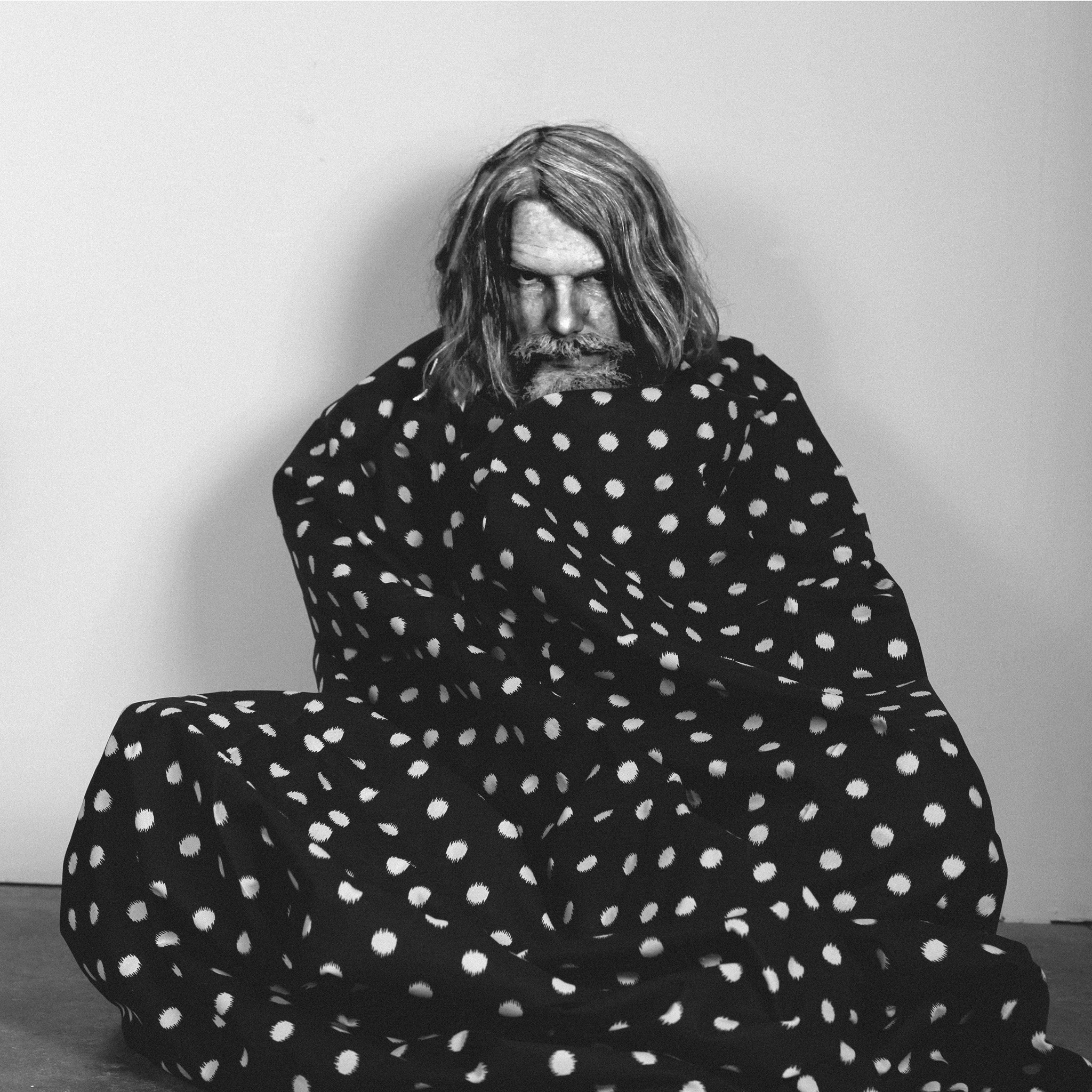 Listen if you like Ariel Pink, John Maus, Deerhunter

Denver sojourner Jorge Elbrecht has long established himself as a prolific producer from here, to LA, to Costa Rica and back. Though he is often spotted hanging around Pon Pon and other local artist hubs, a live performance of his own music is a rare occurrence. He is known for his hand in collaborating with artists like Ariel Pink, Sky Ferreira and Japanese Breakfast, among others. He released his latest of three albums, titled Gloss Coma – 002, on December 10th. Gloss Coma is a healthy descent into industrial madness, including modest features by Sky Ferreira, Drab Majesty, and other underground favorites. If it’s not too late, you can still buy a copy of the vinyl— allegedly signed in blood— on his Bandcamp. 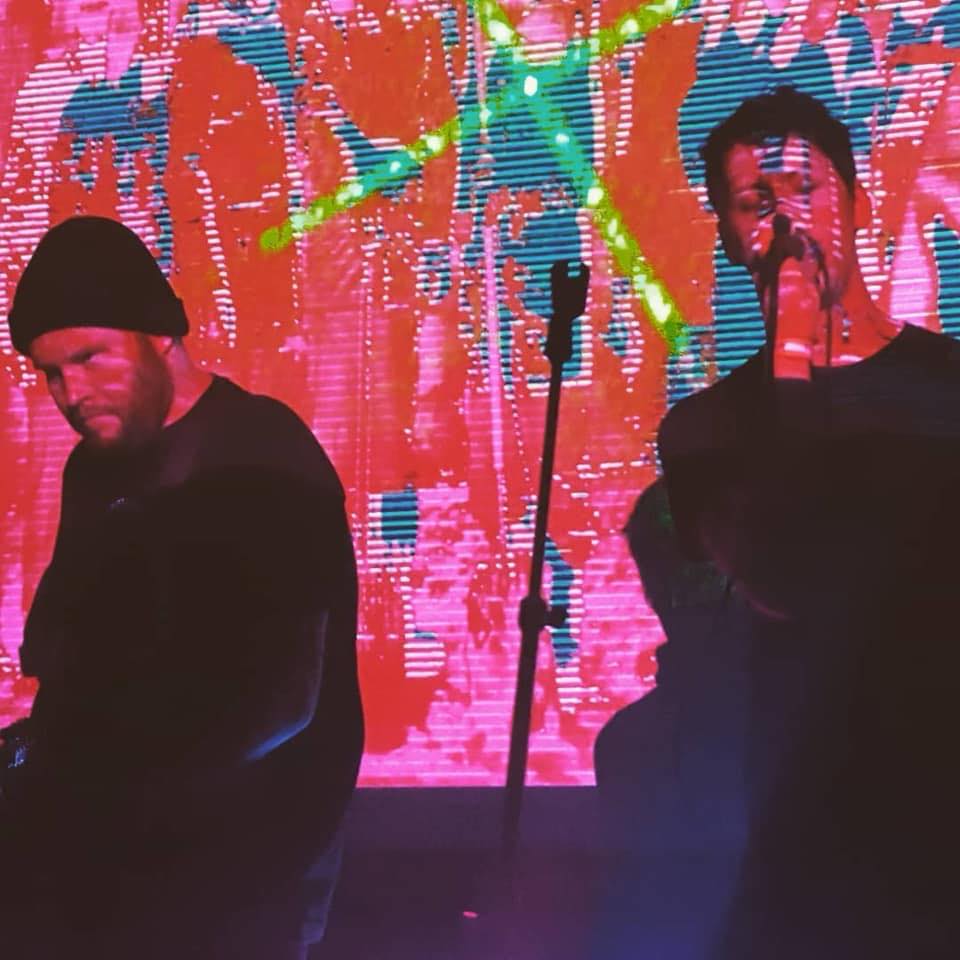 Listen if you like Boy Harsher, Cold Cave, TR/ST

Born out of Denver’s effervescent DIY music scene, Voight is at the helm of experimental and dark-wave music in Denver. Band members Nick Salmon and Adam Rojo started out as “big shoegaze fans” (according to Salmon) and evolved through their collective love for their equipment into the band that may now be filed in with Denver’s formative dark-wave groups, along with acquainted bands like French Kettle Station, Echo Beds and others. Salmon’s haunting vocals perfectly complement dark, droning synth melodies that place them comfortably in their genre. VOIGHT is rumored to be working on a new collection scheduled to release sometime in early 2020. 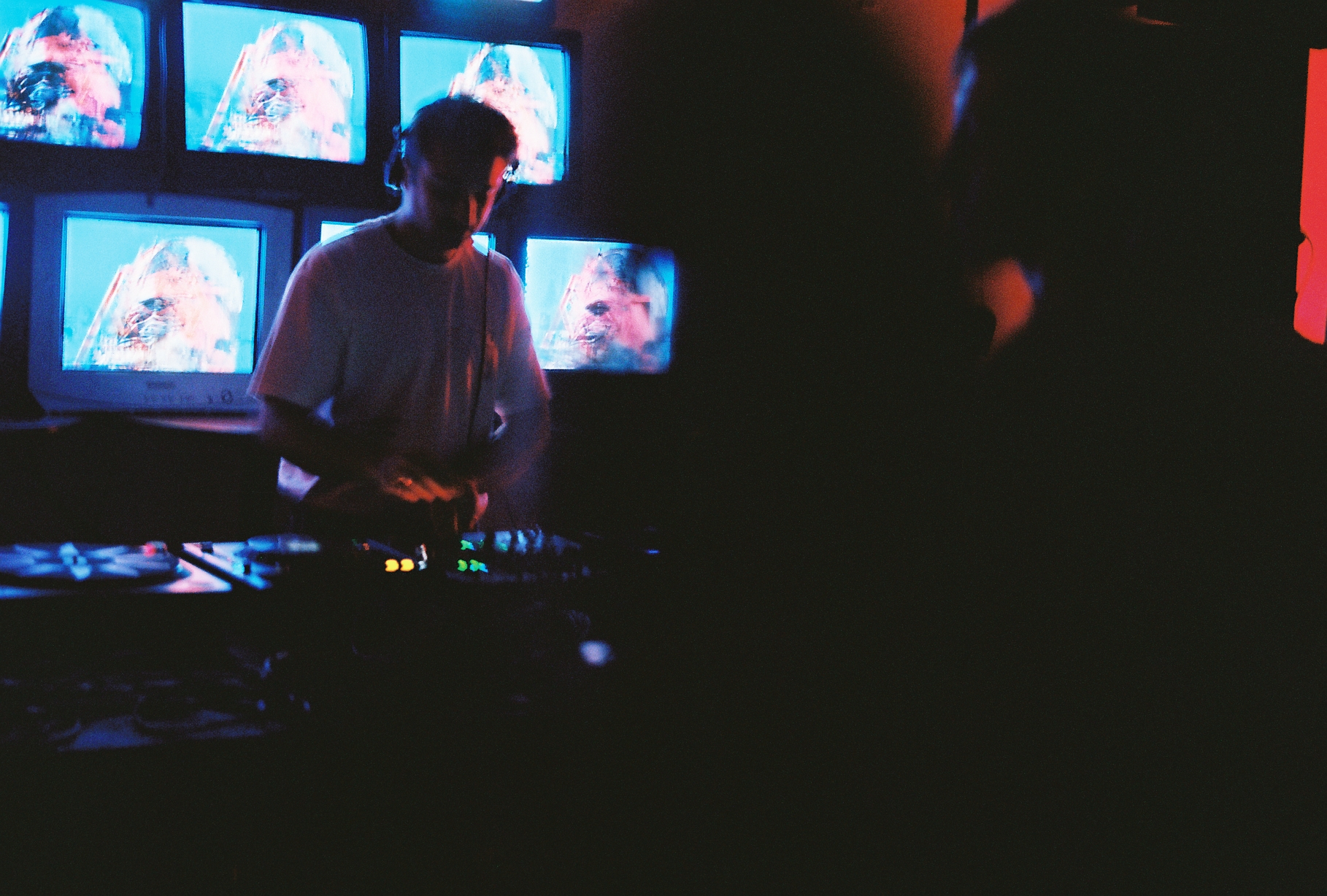 Peer Review is many things- elusive, inventive, holistic, among others.  But first and perhaps most significantly, they are DJs. Starting out as a small collective of Denver transplants, Peer Review threw their first after-hours event about a year and a half ago on Cinco De Mayo. They have been a must-see for fans of everything from techno to minimal house to italo-disco.  While you can occasionally catch Peer Review’s resident DJs spinning vinyl or digital at local clubs, their after-hours raves are the crème de la crème of Denver’s nightlife. Though they are rarely placed as headliners of their own shows, the collective’s resident DJs consistently draw crowds, despite the secrecy surrounding them. Keep Peer Review on your rave radar for 2020— that is, if you can find them. 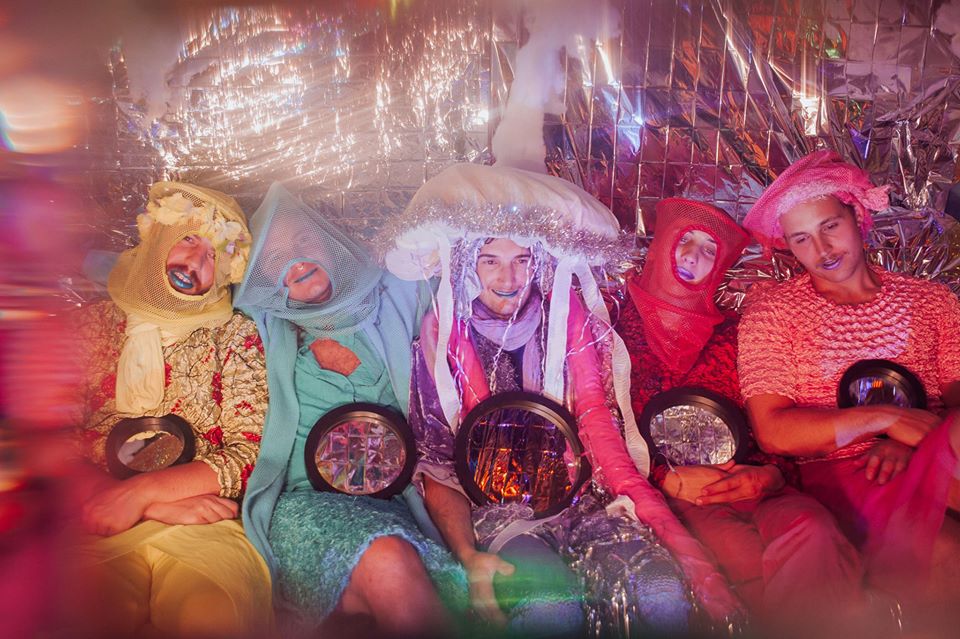 Décollage’s sound never remains static, almost as if each release leading up to 2019 has tried on a different sound. However, it seems like they have found a home with fun whimsy, playful vocal effects, and tracks that feel like 10 different songs packed in one. Let’s just hope 2020 means even more toy piano for Décollage. 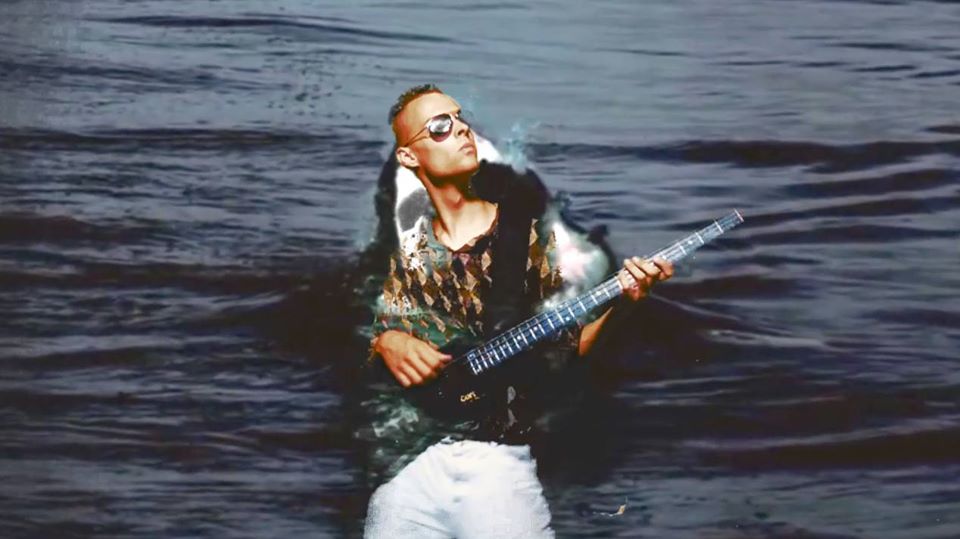 The alias of Luke Thinnes — who co-runs the DIY space Rhinoceropolis — French Kettle Station layers complex rhythms and unsuspected splices under glitching, warm pads to create a luscious patchwork of sound. Deep and mesmerizing, each track by French Kettle Station is a world of its own. Thinnes is unstoppable, booking and more or less running an entire music venue, and releasing an album in 2018 as well as 2019, all while playing gigs across the country. 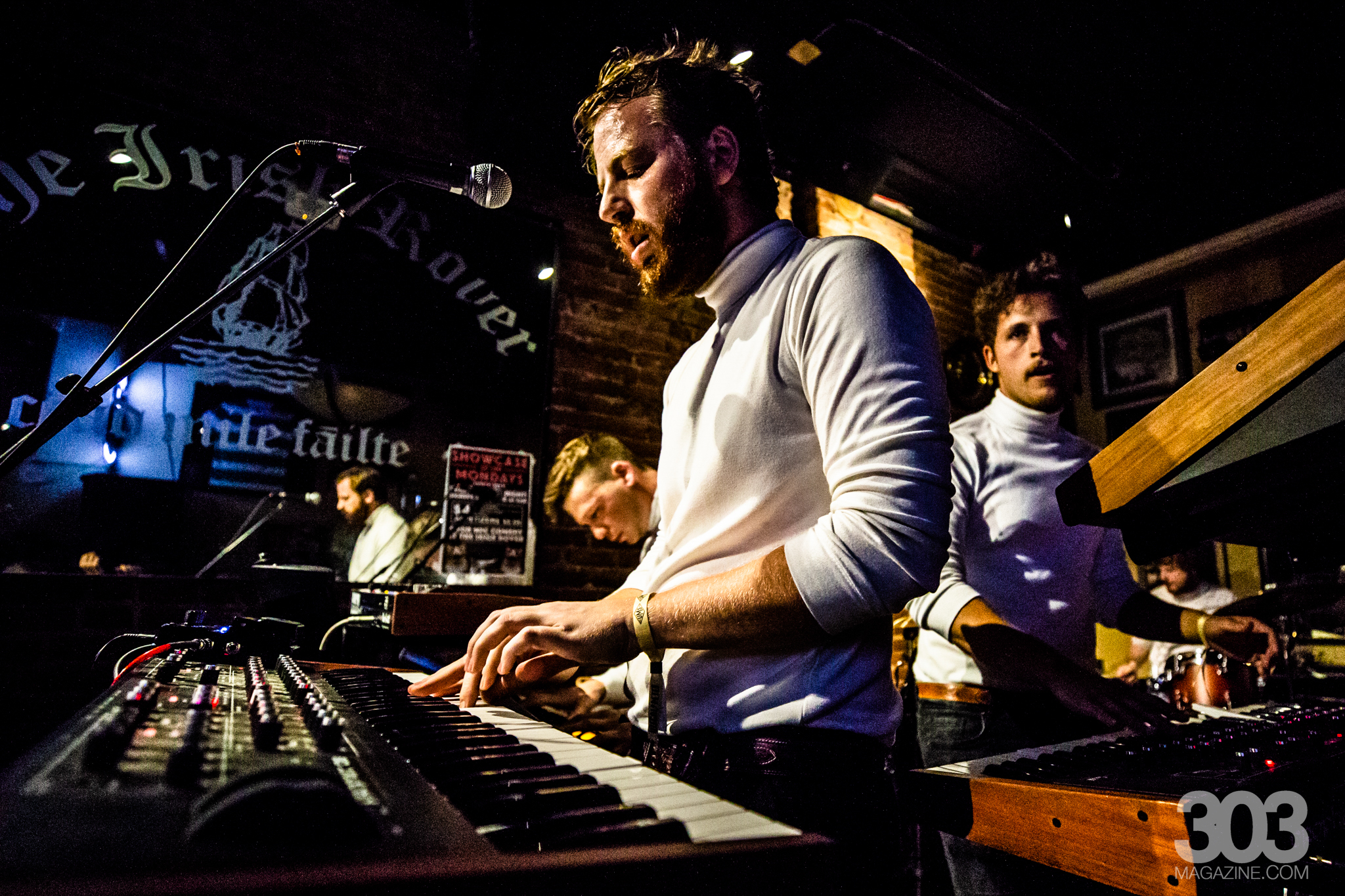 Listen if you like The Bravery, LCD Soundsystem, Jungle

Upbeat synths and fun, danceable beats are just one feature of Retrofette’s complex yet well-packaged signature style of pop. They also feature a wide range of vocal dynamics between band members, emphasizing lyrics that powerfully sing out through every song. They draw from an array of influences to create a blend of funky, catchy tunes that will surely carry them right into the new decade. 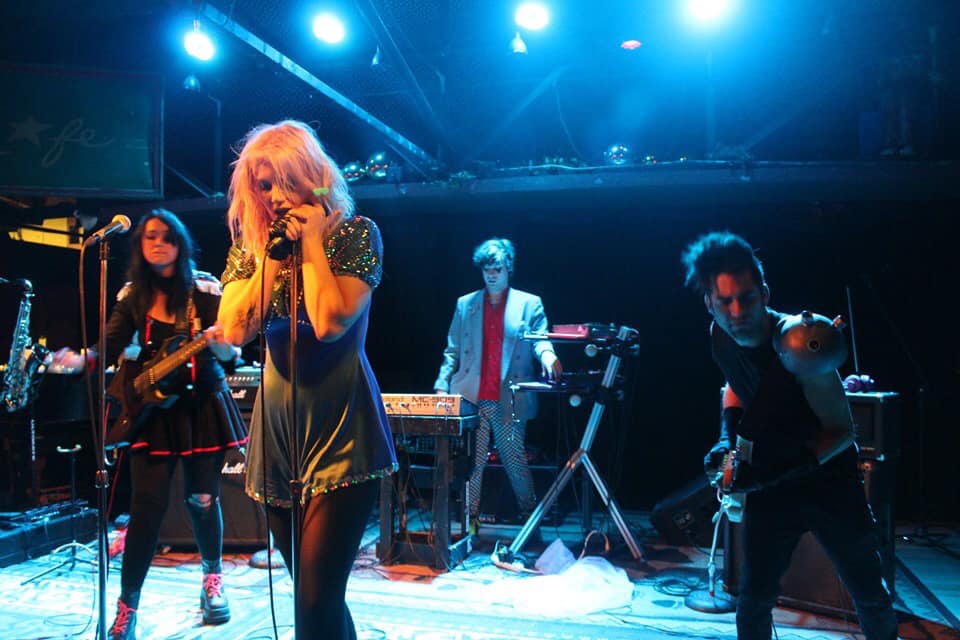 As noisy as they are dissonant, Princess Dewclaw is a staple of Denver’s gritty underground — which is funny, considering the band originally hails from Colorado Springs, home to arguably Colorado’s most prolific punk scene. However, Princess Dewclaw has found its place with ease here in Denver, combining industrial and goth influences with a riot grrrl drive. They have steadily gained traction over the last couple of years, and each year they grow in might and force.

This past year has seen a steady growth in the wealth of artistry Denver has to offer. If there’s one thing we all love about our music scene, it’s how connected each local artist is to the city. Denver’s rapid growth has conversely brought the musical community closer together and turned out with some pretty sick digs. Keep an eye on our artists to look out for as you expand your musical endeavors into 2020.