Review – The Menzingers Turned Friends Into Family at the Ogden

Part of growing older means that your musical preferences evolve. However, evolving musical tastes don’t always mean changing your tastes entirely. While you might find new bands in different genres that you weren’t interested in before, you’ll always have a special connection to the songs that you grew up with. 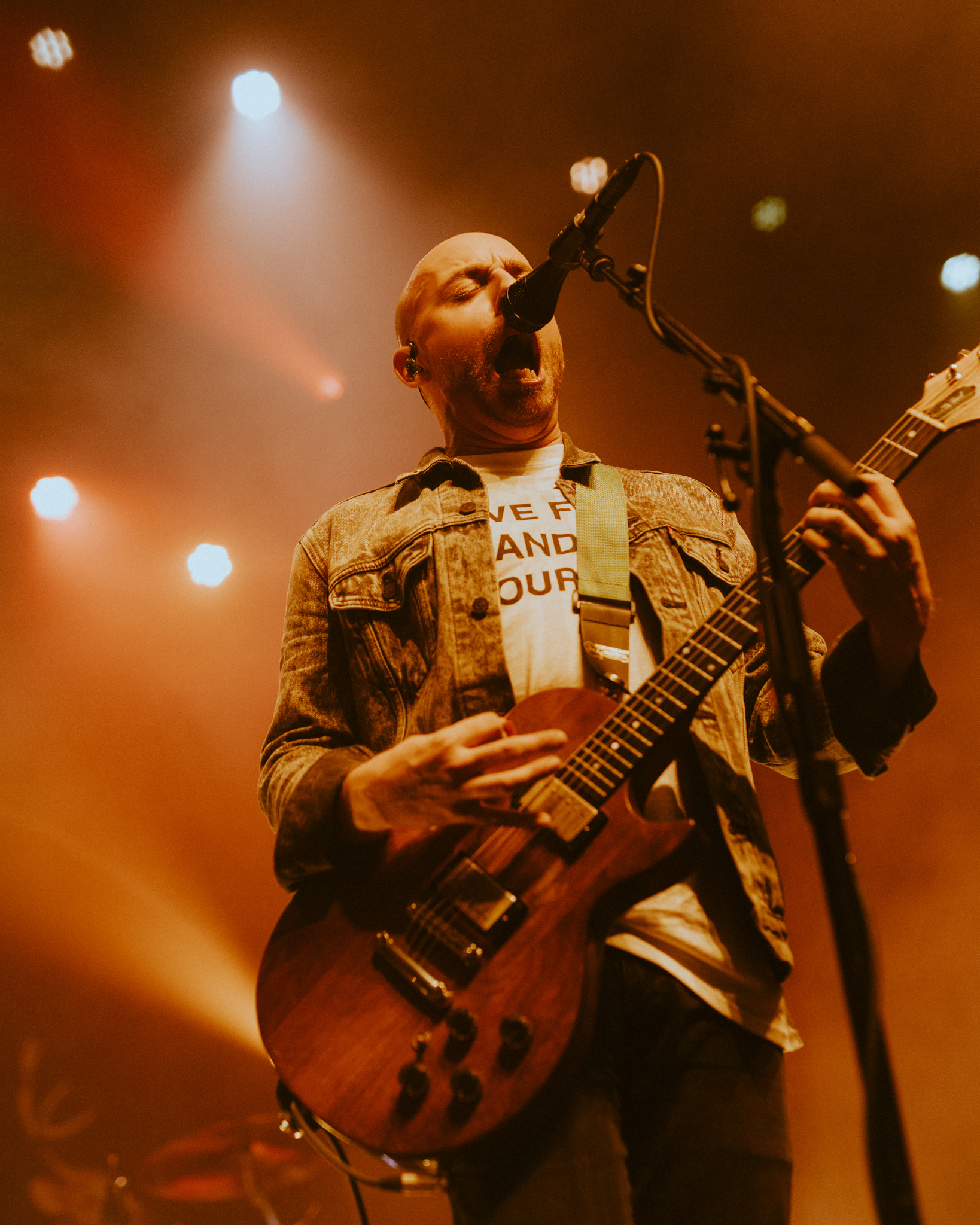 No matter how old we get, there will always be something special and unifying about singing your favorite songs at the top of your lungs. Whether it takes place in the shower, in the car or at a concert, something about singing those lyrics at full volume is cathartic – this is especially true when you’re surrounded by other fans who also know every word to every song.

While growing older means sharing this experience at concerts becomes less common for many, it’s something that you’ll likely never outgrow. No band knows this better than Philadelphia-based punk band The Menzingers.

If The Menzingers’ fifth album, After The Party, asked what it looks like when punk grows up, then their most recent album, Hello Exile, answers that question. Exploring more “grown-up” topics like politics and returning home as an adult, the album positions the punk group as the adults of the genre – and they’ve proved to be icons we can all look up to.

They brought a lifetime of experiences to The Ogden Theater in Denver on Sunday night, proving that you’re never too old to listen to punk – and when you go to one of their shows, you’re always bound to meet a new friend.

Openers Culture Abuse and Tigers Jaw opened the evening. There were plenty of fans for both openers present, singing along to every song and generally having a great time. However, despite the presence of their fans, neither band could lift the energy of the venue enough to prepare The Ogden for The Menzingers’ high-energy performance.

On their albums, The Menzingers embody everything there is to love about the punk genre. When they bring those songs to a live setting, their energetic stage presence adds a new layer to their music. The guitar riffs feel more frenzied, the vocals filled with more emotion and the band itself presents as a family doing what they love best.

Opening their set with a single from their most recent album, “America (You’re Freaking Me Out),” The Menzingers set the tone for the show. An upbeat song filled with themes of both love and concern for the state of the country, it overall serves as a relatable tune that united the audience – forming a bond that echoed comments from opener Culture Abuse about how everyone singing along is family due to their musical connection.

As The Menzingers looked over the crowd like a proud parent, the audience partied on in the pit. As concert-goers surfed their way to the front, attendees jumped around as they belted the lyrics. Often devolving into a mosh pit only to return to the frenzied jumping of before, fans appeared to have enough energy to dance with the band eternally. 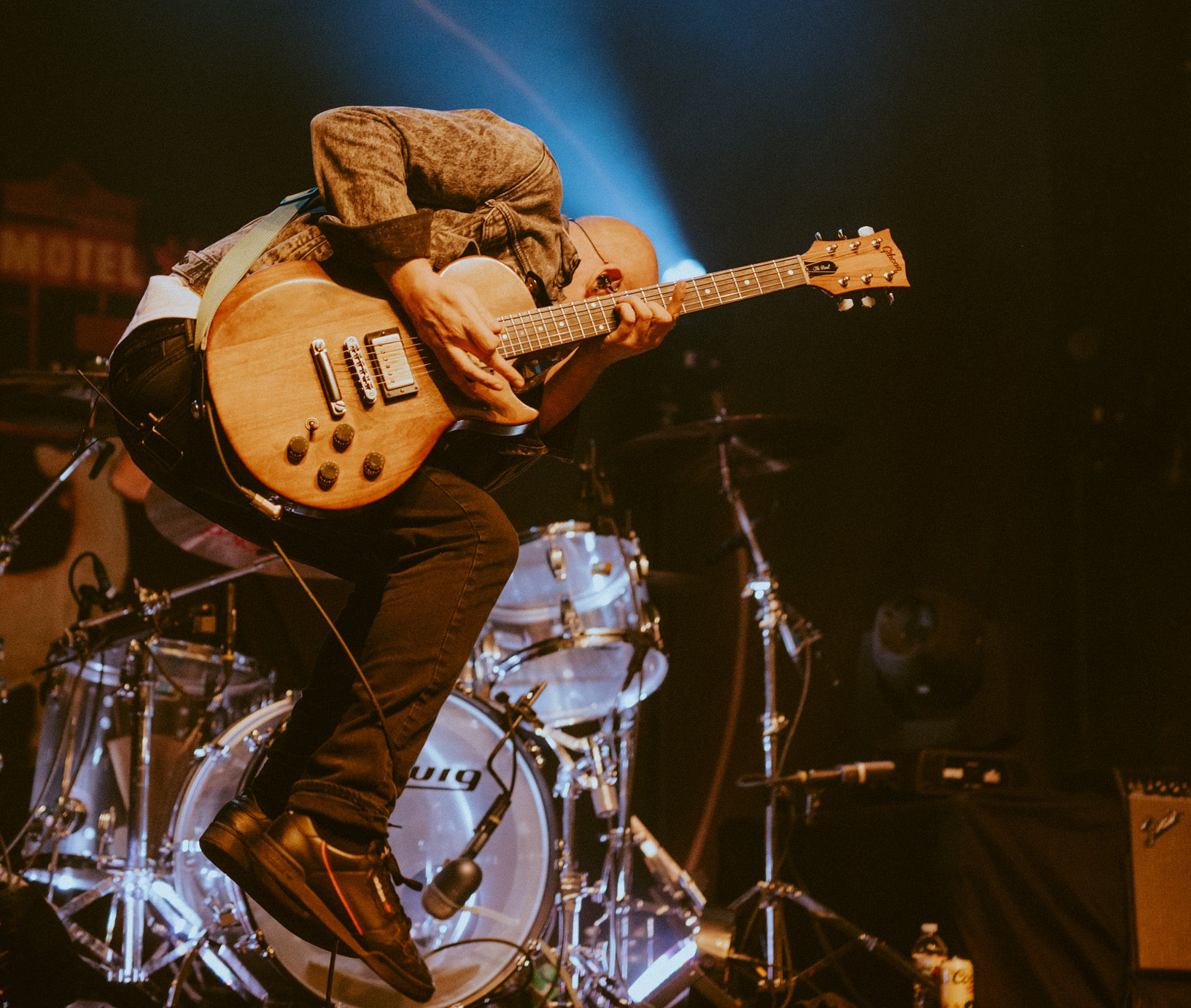 In the upper balcony, attendees leaned over the edge as they shouted lyrics down to the band and other members of the audience. Fans on the floor turned their attention upwards to share the moment with the fans in the balcony, before returning their focus to the punks on stage.

Grinning ear from ear, the band repeatedly thanked the crowd for enabling them to live their dreams and pursue one of the coolest careers they could imagine for themselves. After playing songs from every album, spanning every stage of their career, the night finally came to a close. As fans found their way to the merchandise and wandered out of the venue, it was clear that they’d experienced far more than just a show – they’d also found a second home in the arms of fellow fans.