9 Local Hard and CBD Seltzers Worth Trying in Denver

While the summer may be over, it would appear that the popularity of seltzers has no sign of slowing. A national shortage of the enormously-prosperous White Claw was reported as recently as September. Set against the incredible proliferation of microbrews, the obsession could be viewed as something of a return to Zima-clad basics. Fortunately, the trend has inspired some local heavyweights to try their hand, often with riveting results. 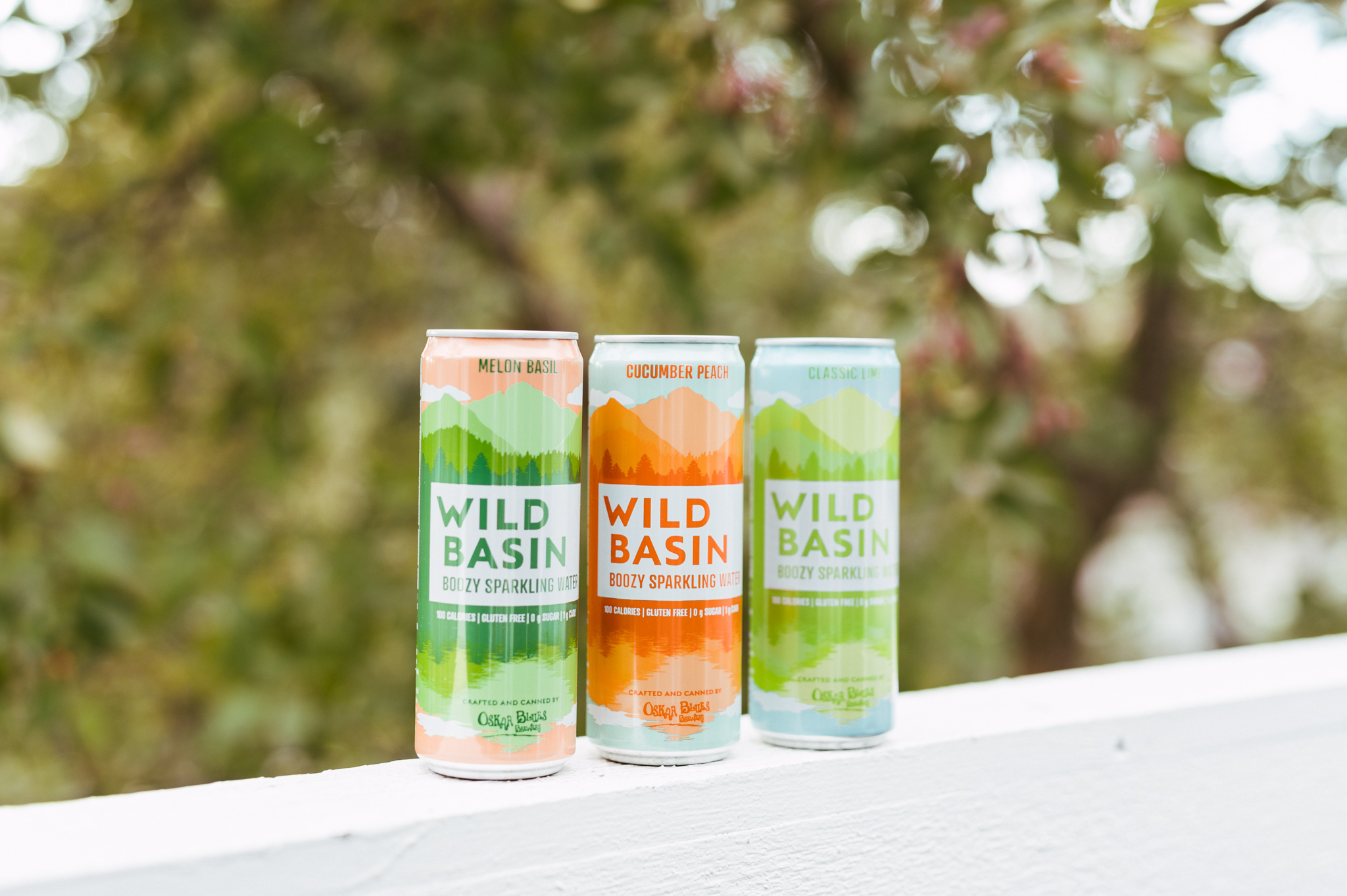 Where to get it: Wild Basin is widely available. Stores can be located by zip code here.

The Lowdown: It should come as no surprise that Oskar Blues’ contribution to the seltzer game is creative, refreshing and geared towards the health-conscious. With flavors including melon basil, cucumber peach, lemon agave hibiscus, classic lime and the recently-added black raspberry, Wild Basin has been proving to be one of the most formidable lines on Oskar’s roster. With zero grams of sugar and water sourced from the St. Vrain Basin is not limited to poolside appeal. 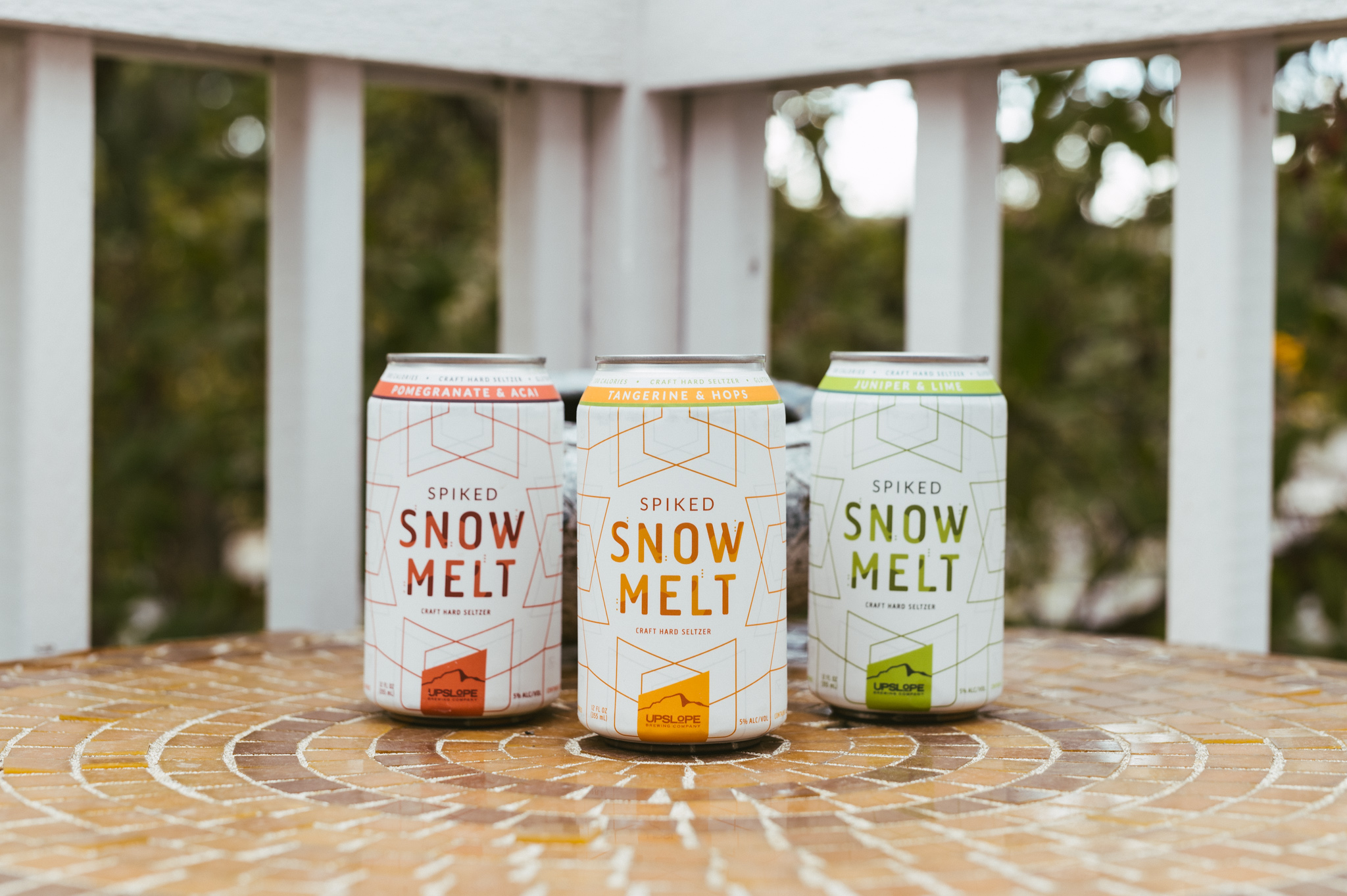 Where to get it: At Upslope’s two Boulder taprooms and most locations Upslope beer is sold.

The Lowdown: Upslope began trying their hands at seltzer over the summer, releasing three flavors seemingly more geared towards the adventurous beer lover. Tangerine and hops, juniper and lime and the more tame pomegranate and acai began selling in mixed 12 packs. The decision to add botanicals was a bold move but it paid off nicely. Each flavor is properly balanced to highlight the fruit, with the hops and juniper providing little more than a gentle bite. 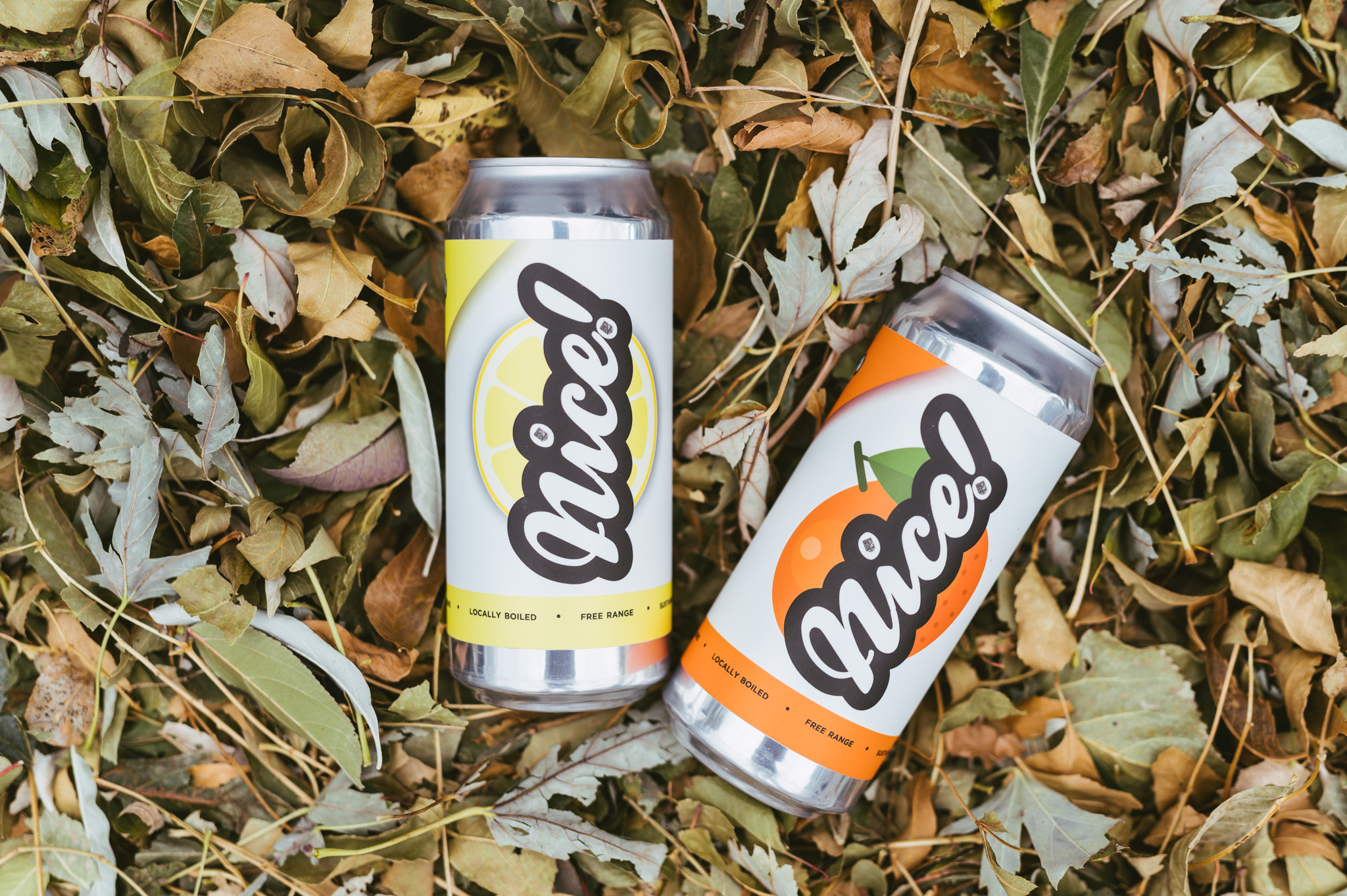 The Lowdown: Greely-based Wiley Roots — the GABF Award-winning brewery from Kyle and Miranda Carbaugh — arrived on the seltzer scene with two flavors of Nice! The first is essenced with whole-fruit puréed tangerine, with the other featuring ginger and whole-fruit puréed lemon. The Carbaugh’s are no stranger to purées, having gained popularity for their fruit-forward Slush series. The newly released Double Cherry Vanilla Limeade Slush — a sour ale with a generous helping puréed sweet cherry, sweet cherry juice, limes and vanilla — is still one of the more modest offerings in a line that thrives on outlandish blends. As far as seltzers go, Nice! are not tame, but surely act as one of Wiley Roots’ more mellow offerings. 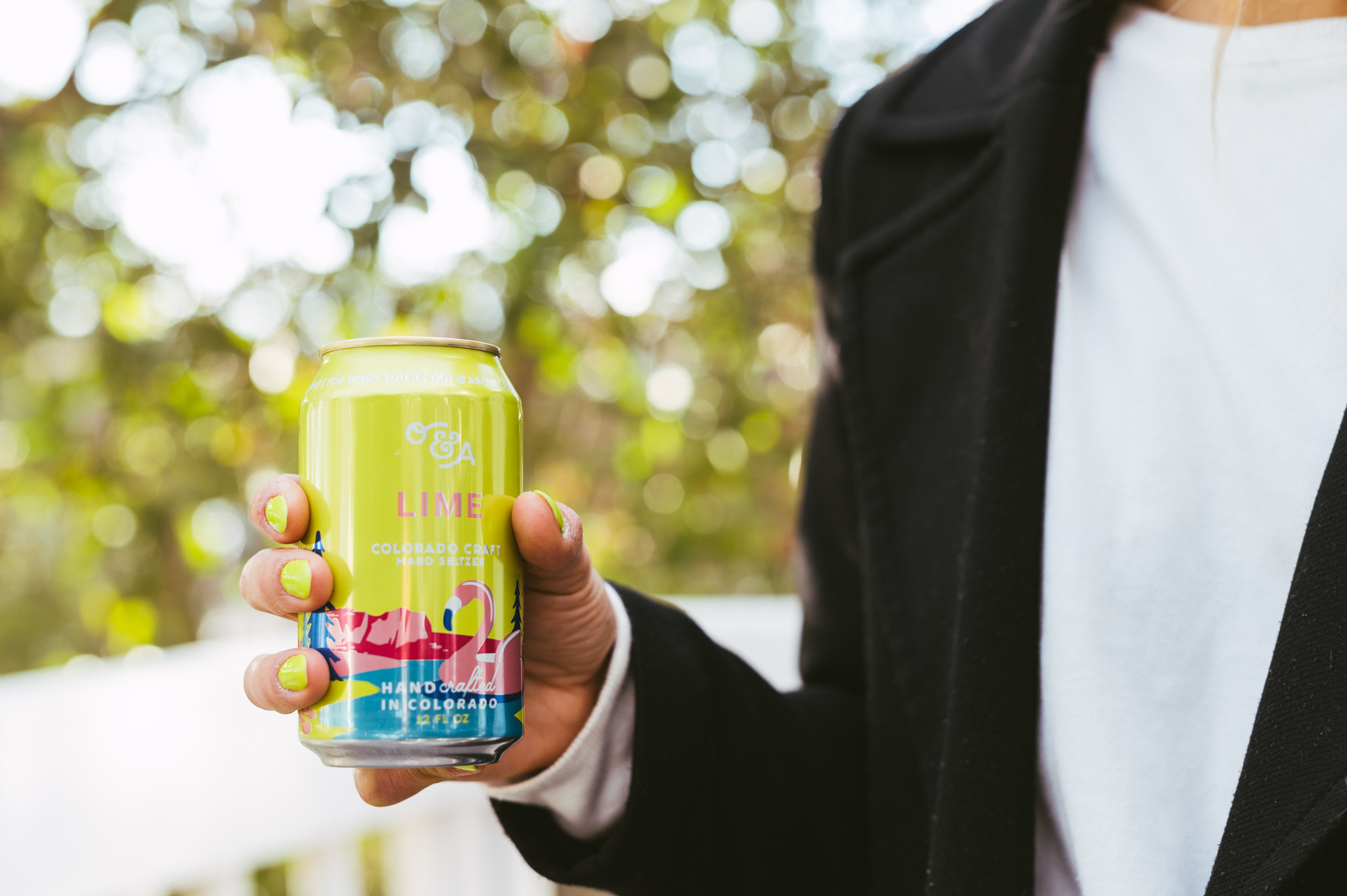 Where to get it: In addition to being in close to 80 King Soopers and Safeways, O&A can be found at Argonaut, Total Beverage, Denver Liquor Galaxy amongst others.

The Lowdown: Denver Beer Co’s hard seltzer line O&A arrived in June with two flavors, lime and black cherry. Both flavors are crisp and refreshing, leaning more towards LaCroix than the saccharine White Claw. Both are incredibly easy to put back, succeeding more as porch pounders than some of the more ornate alternatives. Like much of Denver Beer Co’s production, O&A succeeds in its mastery of the basics and calculated restraint. 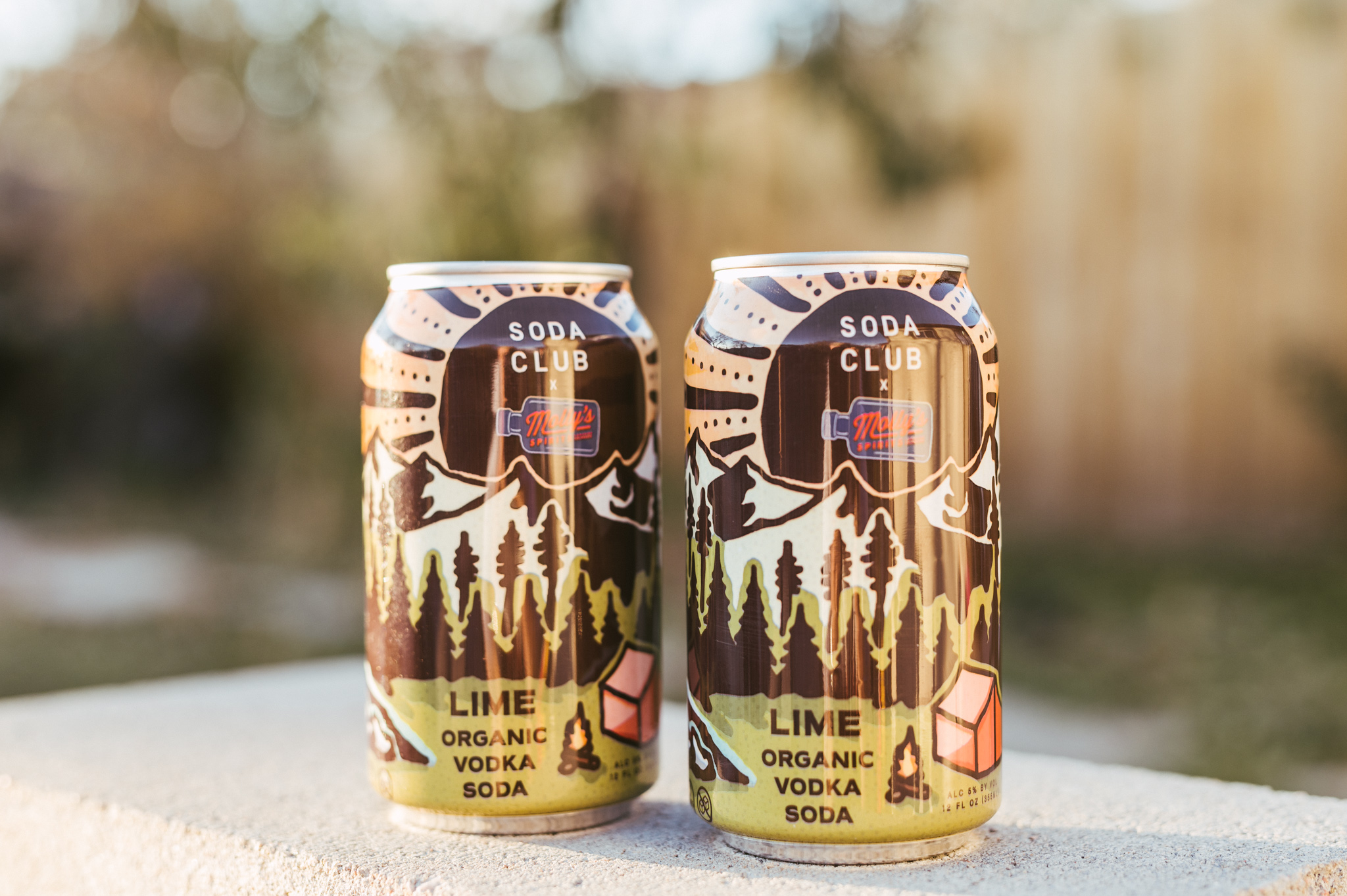 The Lowdown: While the Soda Club and Molly’s collaboration is technically a vodka soda, it drinks almost entirely like a hard seltzer. The can proudly lists the drink as certified organic, gluten-free, zero-carb and zero-sugar. The flavor is subtle and delicious. Currently available exclusively at Molly’s Spirits, the soda is a good reason to visit the vast liquor emporium.

Where to get it: In the taproom at Elevated Seltzer is located at 5610 Yukon St. Arvada

The Lowdown: Brothers Warren and Hunter Wood opened Elevated Seltzers over the Summer, hoping to ride White Claw’s massive crest. Since then they’ve continued to experiment with their line — introducing high-volume 10 percent ABV versions and continuing to produce cocktails that utilize the range of on-tap seltzers. Of the new big boys, strawberry and lime manage to nicely mask the high alcohol content, with the grapefruit lending a friendly reminder that experimentation always has its limits. While there is no solid date in place, the Woods are hoping to begin canning by the end of the year.

Where to get it: Parry’s Pizza has eight locations in Colorado.

The Lowdown: Parry’s got its start as a small by-the-slice room and has since expanded to eight locations, each with up to 100 taps serving a range of local, national and international brews. It also currently serves as Epic Brewing’s only off-premise account for the brewery’s Pakka hard seltzer line. Flavors include grapefruit, black cherry and lemon-lime and provide a nice way to wash down the New York-style pies. The flavor is distinctly on the light side, with fresh fruit giving the crisp beverage an uncommon elegance.

Combining two of the trendiest concepts in Colorado business, CBD seltzers provide a relaxing alternative to their more boozy counterparts. 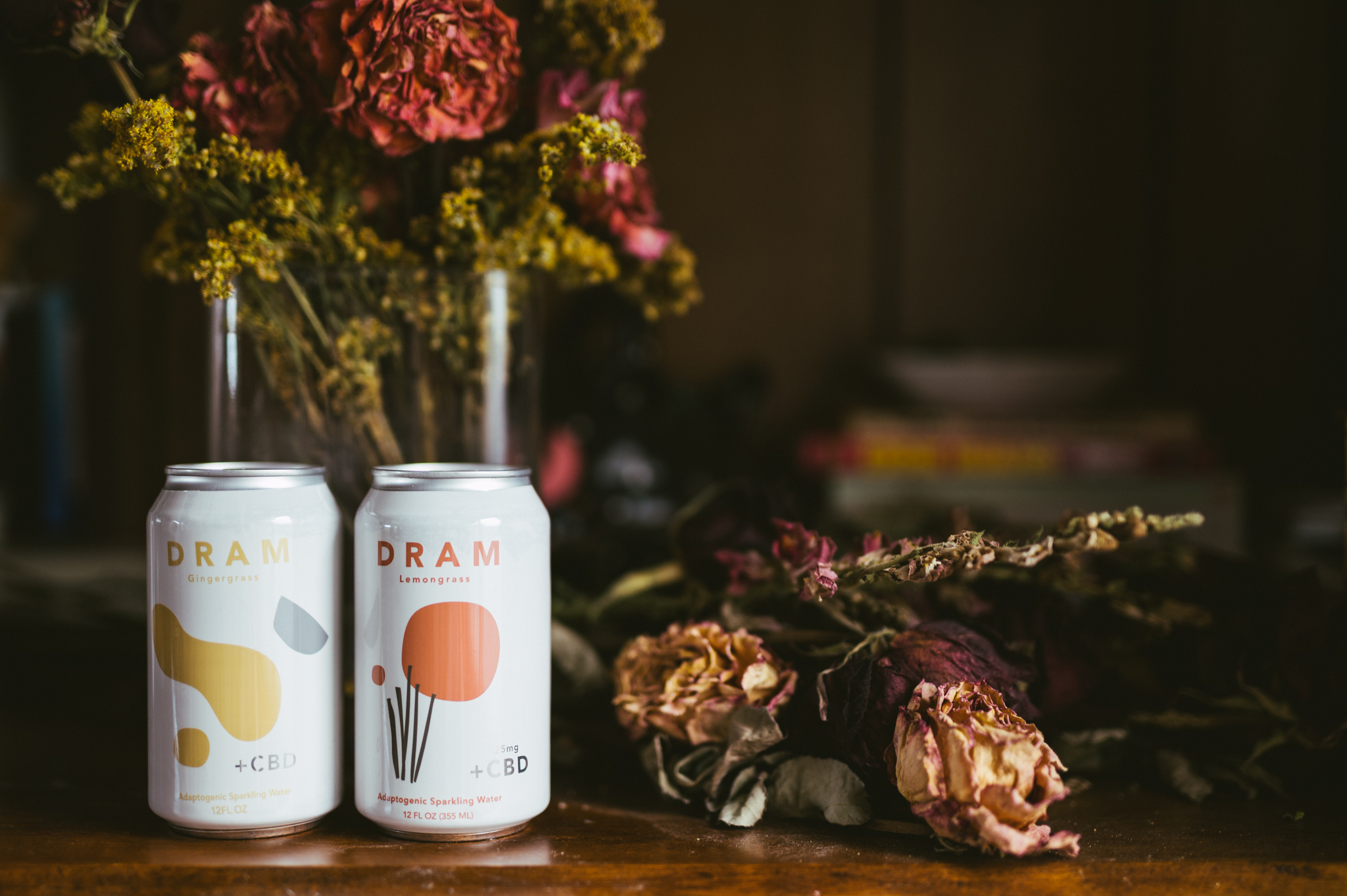 Where to get it: At boutique grocers like Mondo Market, NOOCH Market and online

The Lowdown: In September, industry leaders Dram Apothecary announced a partnership with Coors meaning the local CBD drink will soon be widely available. Each can contains 20 mg of CBD and adaptogens — a range of functional herbs used in physical and mental stress relief. All the hemp extract is produced in-house, ensuring quality in a market that still functions as something of a wild west. Flavors include lemongrass, gingergrass and North American sweetgrass. The seltzers provide for easy drinking, though the floral flavor does favor the pasture. 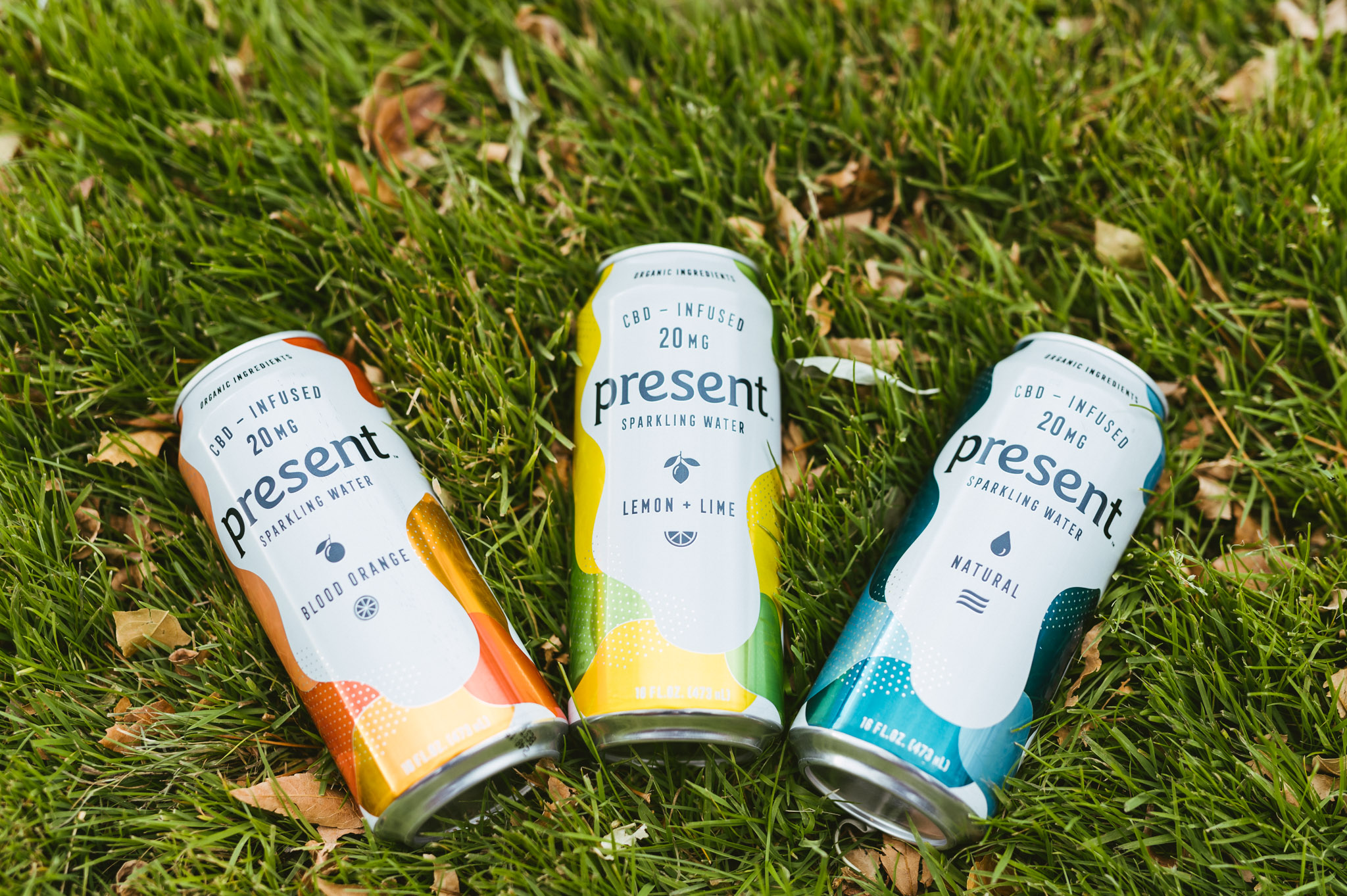 Where to get it: At Argonaut Liquor, 14ER Brewery, Capitol Market and others.

The Lowdown: In August, Left Hand Brewing and WAAYB Organics released Present, a collaboration that saw the brewery’s first foray into the world of CBD. Each can features 20 mg of full-spectrum CBD distillate courtesy of WAAYB — a Colorado-based facility that utilizes USDA-certified hemp. Present is available in blood orange, lemon-lime and natural flavors — all of which provide some of the easiest drinking on this list.

All photography by Alden Bonecutter, unless otherwise noted.