Maribou State, the electronic group comprised of producers Chris Davids and Liam Ivory, is not your typical EDM thoroughfare. The English group creates tapestries of idyllic bliss that at once feel like full-on orchestrations as they do of the moment retreats. The music — featuring a bevy of guest singers — floats along a bed of organic worldly instrumentation that rubs shoulders with electronic spurts and deep rhythms. Imagine if ODESZA had forgone the instantly gratifying monumentality of their songs and instead opted for something more introverted and spiritual, well, Maribou State is the answer. More akin to contemporaries like Caribou and Four Tet, Maribou State have managed to carve out a space in the electronic music realm that resembles the places they’ve traveled and a world they seek to create. 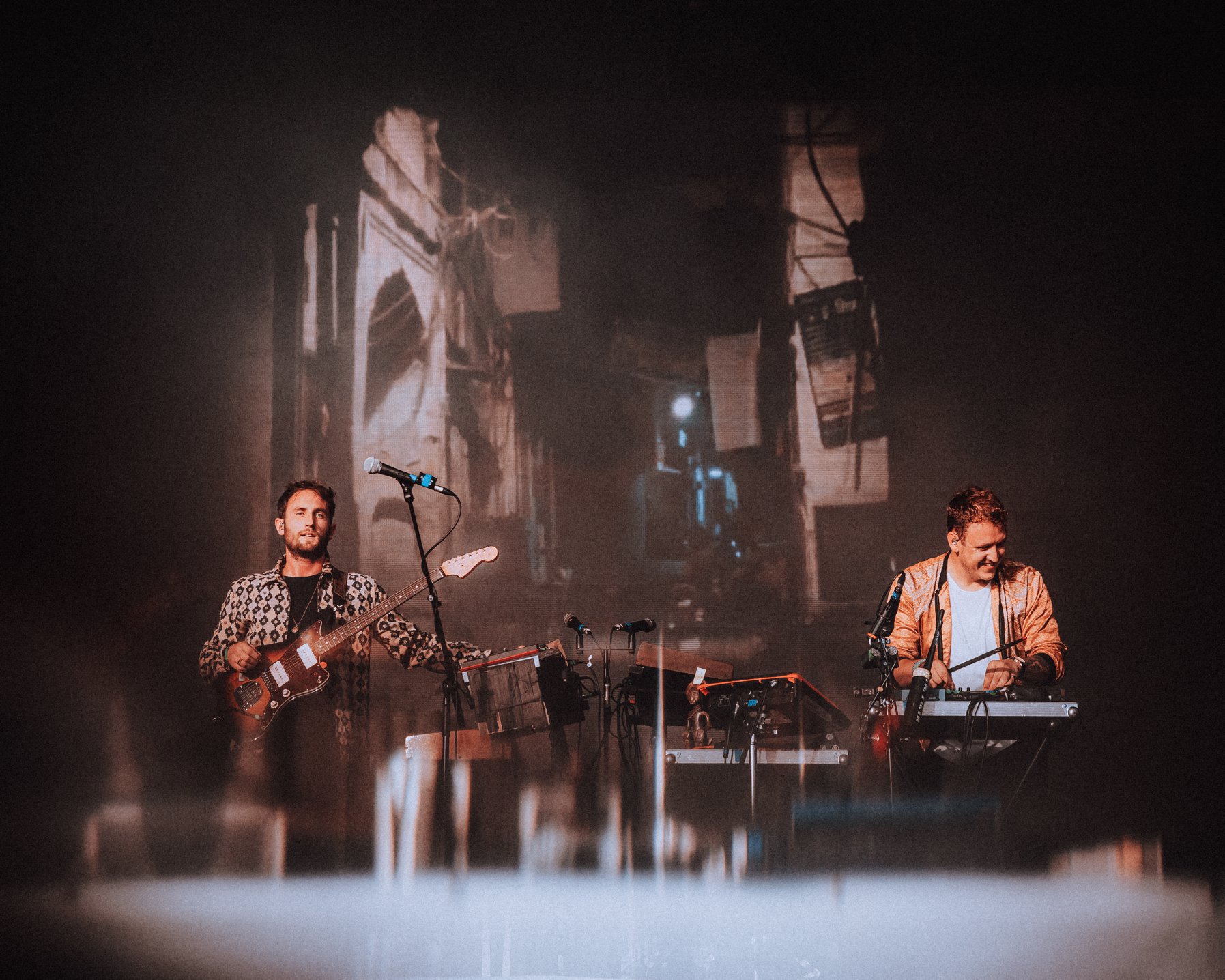 The duo met in school, cultivating an interest in music together only to obtain their first serious remixing gig early on, at the age of 16. Their debut album, Portraits (2015), however, is what launched them into the blogosphere and into clubs and venues around the globe, garnishing a cult fandom in the process. The fans, like the band itself, are borderless. Utilizing rhythms and inspirations from Africa to India, Maribou State’s music manages to traverse the musical language of cultures, seen fully realized on the band’s acclaimed follow-up, Kingdoms in Colour (2018).

“I think traveling has definitely influenced us a lot over the years; the people you meet along the way, the different landscapes, the music you hear from city to city or club to club,” said the duo speaking to pilerats.com. ” It often forces you into situations where you aren’t completely comfortable or at ease, which in turn breeds new experiences and emotions. I think it’s given us a bigger palette to pull from sonically and visually and it has opened us up to different music from all around the world in the process.”

On the newest project, the duo really hones in on their groove — perfecting the blend of cultures as well as live and electronic elements. Standouts like the Khruangbin featuring “Feel Good” expand their sonic palette meshing the former’s jam-tendencies with Gramatik-esque vocal chops and cinematic builds. Elsewhere, “Nervous Ticks” alongside frequent collaborator Holly Walker is an anxious burner, fluctuating amidst guitar riffs and synth flutters, as a staggering beat pulses beneath.

The duo is rounding out their “Kingdoms in Colour Live Tour,” and will hit Denver’s Gothic Theatre this Friday, October 25. What began as a production project has morphed into the duo transitioning into a band accompanied by a series of singers to reproduce the magic of Portraits and Kingdoms of Colour. The duo will be joined by the German psychedelic electronica group Sea Moya on the date, adding a unique eclecticism that melds perfectly with Maribou State’s vibe.

Tickets for the upcoming performance at the Gothic Theatre are still on sale here.