The Ogden Theatre was hopping Tuesday night with guests Matt and Kim. The Brooklyn-based duo is currently promoting a 10-year anniversary tour for their first album, Grand, and the audience was there for it. Matt and Kim have continually had a loyal fanbase thanks to their positive and moving music as it always inspires their listeners to engage with their energy. Their music consists of indie-punk, pop and electronic themes that often will remix other well-known hip-hop beats to get a crowd moving.

Matt and Kim walked out to an electronic-pop version of Black Sabbath’s, “Iron Man,” and dove right into, “Daylight,” one of their most popular songs. Following the introduction, they praised the crowd for coming out in spite of the weather and informed the audience of the accident one of their openers – SWMRS — was in, with details still unclear of their condition. Based on the feed from SWMRS Twitter, the accident was due to some black ice en route to Denver and the bandmates will all, thankfully, be okay. Nonetheless, Matt and Kim were awe-struck over the audience turnout under the unfortunate circumstances the night had brought them so far as well as grateful – “Denver literally takes your breath away,” Kim said when she settled on her drums.

They chose local talent, Slow Caves to open for them, starting the show at eight p.m. sharp after news of the accident. The opening slot for such a large crowd is nothing new for the band since they’ve been around the Denver music scene for quite some time, originally having formed in Fort Collins. Slow Caves have already played for a number of Colorado venues and have made appearances at Westword Music Showcase as well as the Underground Music Showcase in July. Their music can be described as, easy-listening rock with indie influences that sounds like something you might hear in the ’90s before grunge took over. Slow Caves carries a softer, mellower sound to them that compliments their calming yet controlling stage performance – especially when compared to the main act of the night.

If you’ve seen Matt and Kim before, you know what’s in store for you when you catch one of their shows. There’s going to be a lot of audience engagement, dancing, loose breasts and profanity – the last two courtesy of Kim and her infectious personality. Overall, you’re going to experience raw, electric energy from these performers. Their upbeat stage attitude is enough to put anyone in a good mood. Yes, you’re watching two talented musicians with Matt on keys and vocals while Kim slays or is, “hitting shit with sticks,” as she likes to say –  but a ticket to their show means you’re also getting lively stage personas with hilarious bits and conversation in between their songs. 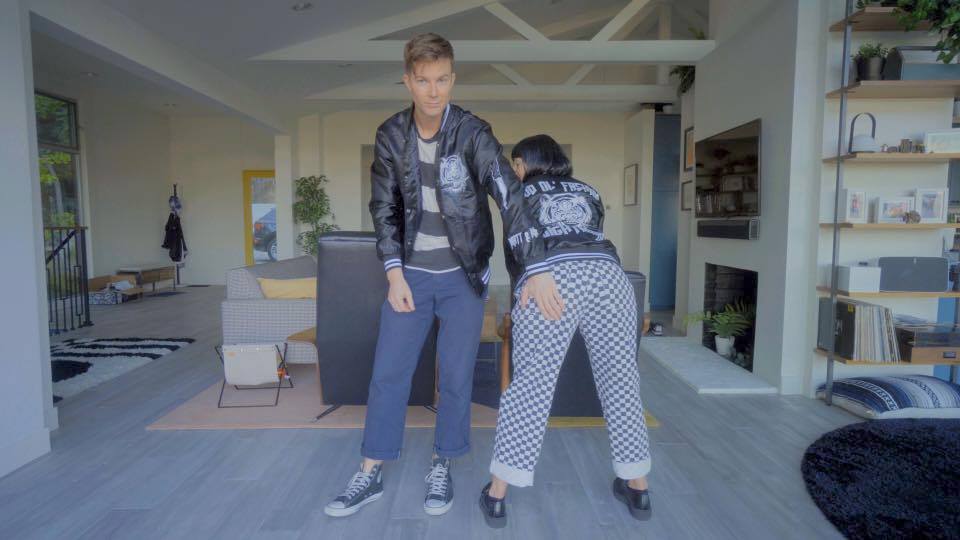 It’s certainly never a dull moment with Matt and Kim for an evening. You know what you’re going to get, but not really how it will be delivered. That mystery is what makes them so worth watching. The couple tours relentlessly, so if you missed them now there’s a good chance you can see them again soon, just maybe not in celebration of the album that made them the household names they are today.