READ: 303 STREET STYLE – THE UNIQUE FASHION OF THE WEDDING PARTY

Hosted by Ben Higgins, Denver local and alumnus of ABC’s The Bachelor, and DiningOut Events, producers of Denver food festivals and publishers of DiningOut Magazine, The Wedding Party was exactly what it announced it would be — a one-of-a-kind celebration of love with 2,000 guests including 500 tickets open to the public specifically for “wedding crashers.” We attended the mass wedding ceremony and festivities as wedding crashers and were pleasantly surprised there were no roses in sight. Here’s what you missed. 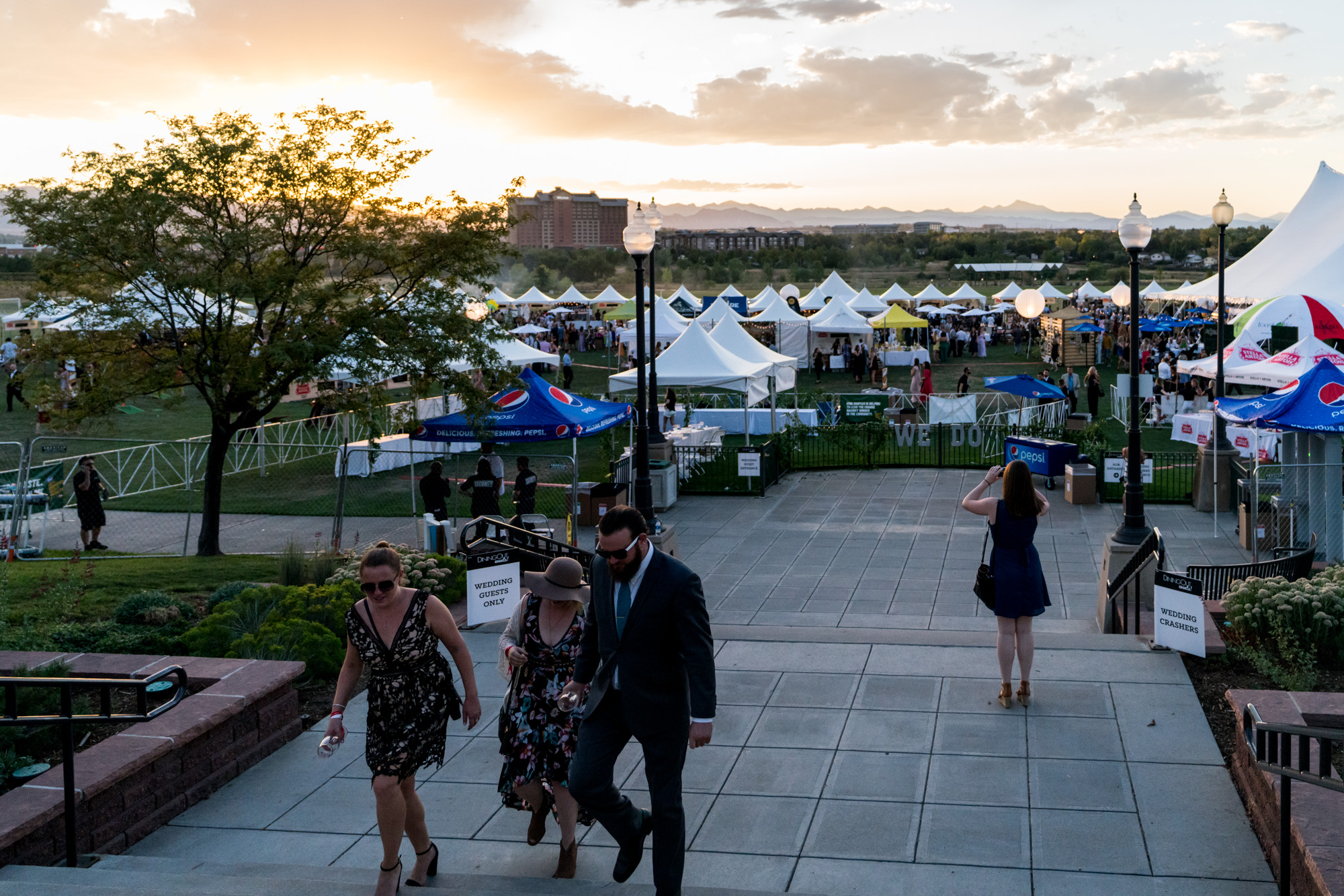 Although the venue wasn’t announced until last minute, City Park in Westminster proved to be a picturesque spot for a stunning wedding. Typically, park weddings attract odd passersby on bikes and scooters and the occasional curious jogger, child or dog walker, but since the wedding was in the late afternoon on a rather hot day, people tended to keep their distance. Parking was easy and guests walked down a beautiful set of brick steps to the festival grounds below. We say festival grounds because it looked like well, a festival. White tents, booths, and food trucks circled a gated-off section of the field that would typically be home to soccer nets. The grounds were spacious and private enough for a large party, plus we enjoyed watching the sunset with the Rocky Mountains in the distance. Although the atmosphere was reminiscent of a carnival, there were touches to make it feel more high end. Chic streamlined couches, posh carpets, lounge chairs, decorative signs on rustic makeshift room dividers and twinkle lights made the venue more sophisticated than a fried chicken festival in RiNo. A+ for effort. 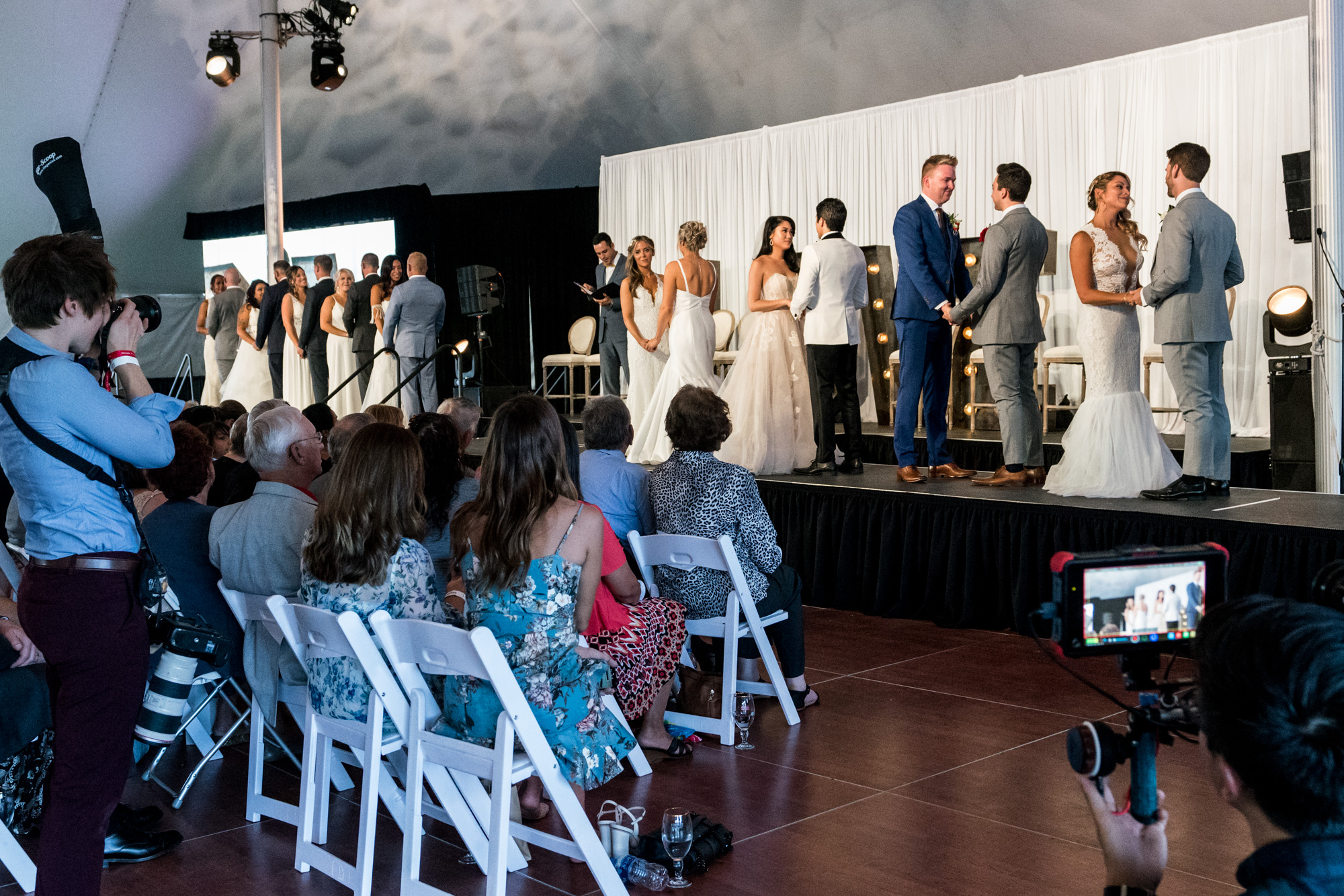 If you were wondering how on earth they’d fit nine couples (less than the anticipated 12) on one stage, you’d be surprised to learn it wasn’t that difficult. A makeshift concert stage beneath the largest white tent was wide enough to fit nine couples, a giant marquee bulb sign that said “LOVE,” Higgins and a couple videographers and photographers. White chairs for close friends and family up front were roped off, while the “crashers” got to simply stand in the back. The ceremony started with a video, which was to get everyone pumped for the couples —which were diverse including two pairs of same-sex partners, one older couple renewing vows and one couple that had known each other less than a year. The short, three-minute video footage showed the couples proposing and talking about how in love they were, and for a second it was easy to remember this was inspired by The Bachelor. The video was met by lots of cheering and it seemed as though this spectacle would carry throughout, but we were happy when the audience finally shut up. Instead of one partner walking down one main aisle, couples lined up on either side of the tent and walked out to a recording of their vows. Some were silly — I promise to always keep the room temperature at a comfortable 75 degrees, while some were more heartfelt — I’ve been waiting 50 years for you. The ceremony seemed to be showy and traditional all at once. The recorded vows of each couple were personal, but Higgins’ officiating was not. All nine couples were announced at once in harmony and instead of names, the couple was referred to as Partner 1 and Partner 2, which felt strange. It also felt strange, yet oddly entertaining, to watch men cry repeatedly after seeing their soon-to-spouse cross the stage. And yes, that’s right, only the men. The one thing that was not strange was how happy the couples were, and for a second, we were all reminded that’s really the only thing that mattered. 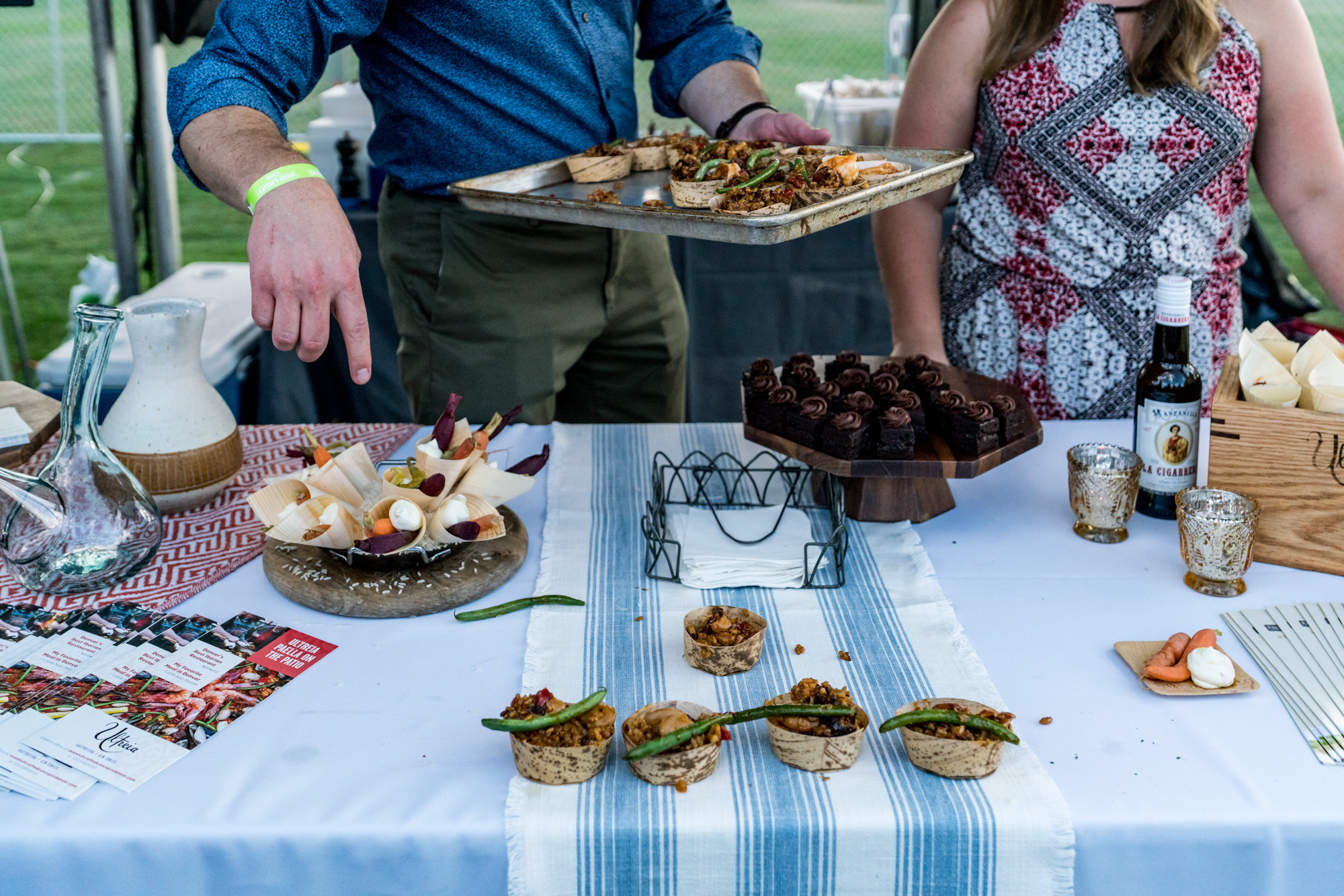 Ah, the food. This was really what the wedding was about. Let’s be honest. We’re still unsure how many vendors showed up, but at $150 a pop, your pretty little wristband got you a feast. DiningOut Events chose to dine with all their friends and they made sure every picky palate was accounted for. The bragged-about, 20-foot sushi and steak display by Mizu Izakaya was highly anticipated and the lines showed. A nearly 20-minute wait for your plate was a little unnerving. They should’ve known the Japanese Itamae would only serve artfully prepared sashimi — and it would take a little time. But there delicious appetizers from a slew of restaurants — a buffalo fried chicken sandwich from Grind Kitchen, ceviche from Range, braised pork belly from Former Saint Craft Kitchen and Taps and grilled halloumi with marinated palisade peach skewers from Ash’Kara were only some of the delicious dinner treats. For alcohol, there was enough beer, cocktails, wine and liquor to last you the night. Stranahan’s Colorado Whiskey brought their Instagram-worthy retro trailer display while Exotico Tequila girls enticed you with margaritas. When you were finished indulging, the massive dessert spread would also keep you beautifully bloated. 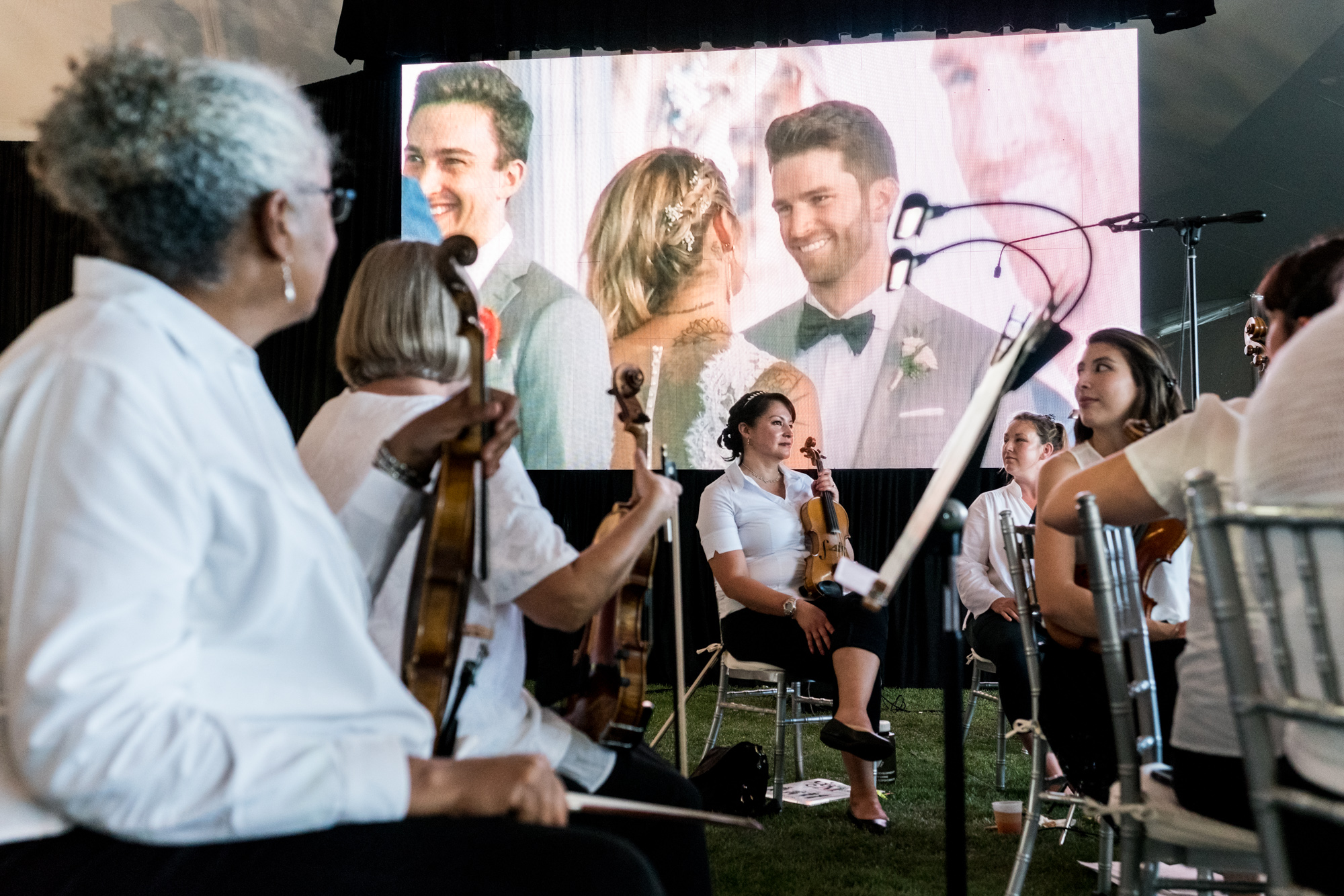 The main spectacle of The Wedding Party wasn’t meant to be the music, but it might have honestly been the best part. After all the vows were exchanged, the giant white tent adorned in lights was the perfect place for dancing and the hordes of people made it a good time. Although we expected a DJ, the Taylor Pace Orchestra was a pleasant surprise. From classic soapy hits like Etta James’ “At Last” to Bruno Mars and Will Smith’s “Gettin Jiggy Wit It,” the band’s wide range of talent kept the soul alive throughout the night. We didn’t hate the cute little baby piggies or the alpacas either. Because every mass wedding needs farm animals.

All photography by Samantha Hines.