If you found yourself at Red Rocks Tuesday night, chances are you found yourself in the throws of something magnificent — transfixed in silence, perhaps with tears overflowing the banks of your eyelids, teetering in some sacred solace while watching the lights dazzle in the near distance. It would almost seem biblical — some David and Goliath level of conquering, to overwhelm a crowd the size of the one that stood gathered together for Bon Iver, but that didn’t stop them from evoking heaven itself. The concert was a moment of pause, wherein the world was cut away, and the haphazard shapes of the rocks and the stage were the only things that stood between each individual fan and the band. In a perfect world, you could have died right there, but to put it in less poetic terms — there are many beautiful concerts, and then there’s Bon Iver. 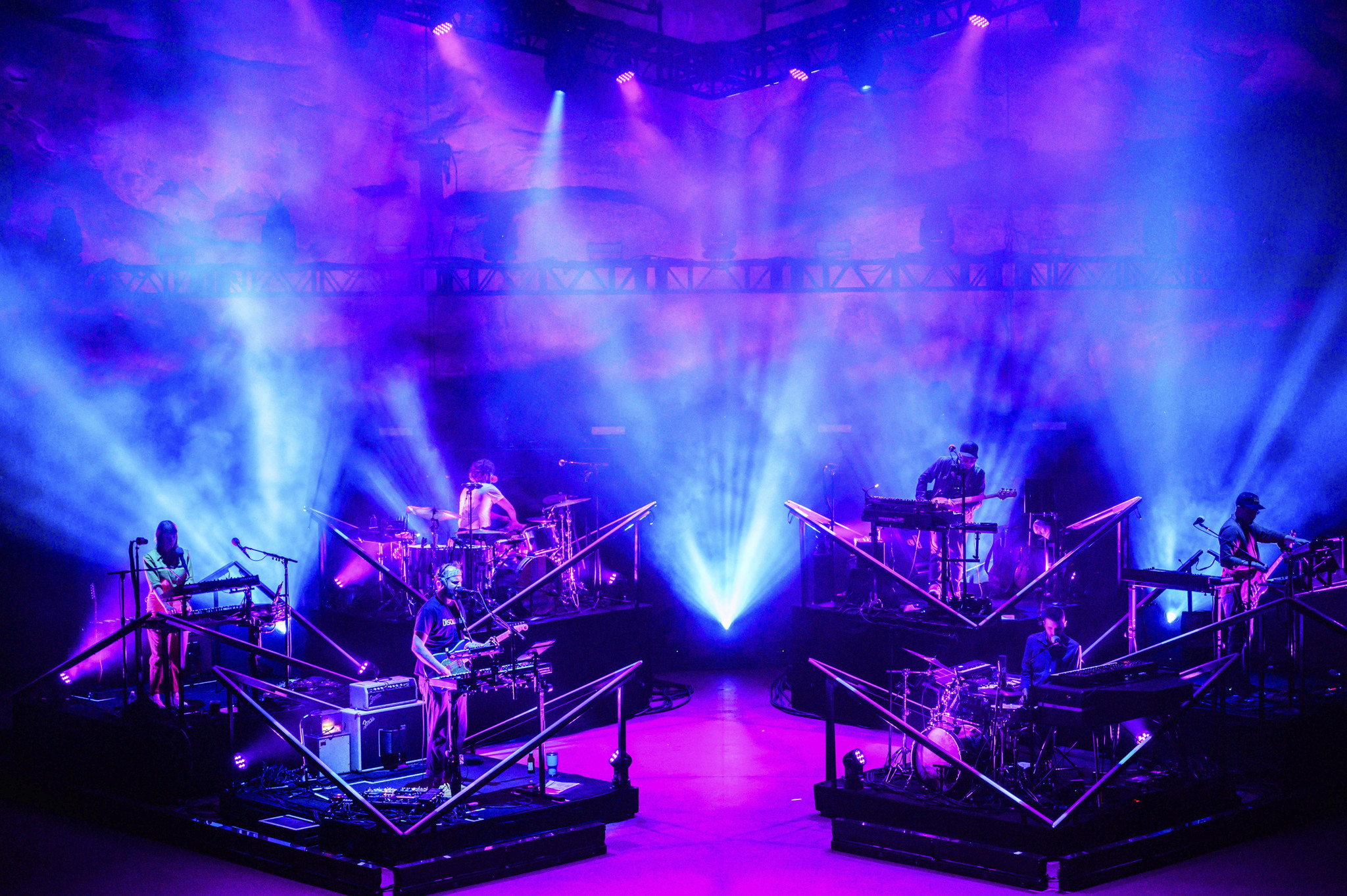 Bon Iver affiliate and oft-collaborator Sharon Van Etten opened the performance. With a foreboding aura, Van Etten wreathed upon the stage in her metallic jumpsuit, punctuating her performance with stiff movements and pungent vocals. Her delivery was keen and concerted, but ever so slightly nervous looking out into the amphitheater as the many glassy eyes stared down upon her, at one point prompting her to employ the overused trope of asking the audience “to sing along if they knew the song,” something she considered a career first.

As coercing as it could have seemed, Van Etten somewhat wavered between wanting to be the bull in the china shop or the china itself, whose exterior resigned to be chipped away in commotion. It was an odd marriage, for a musician whose vulnerability and ferocity walk hand in hand, but when it was there, it was a killer sight to see. 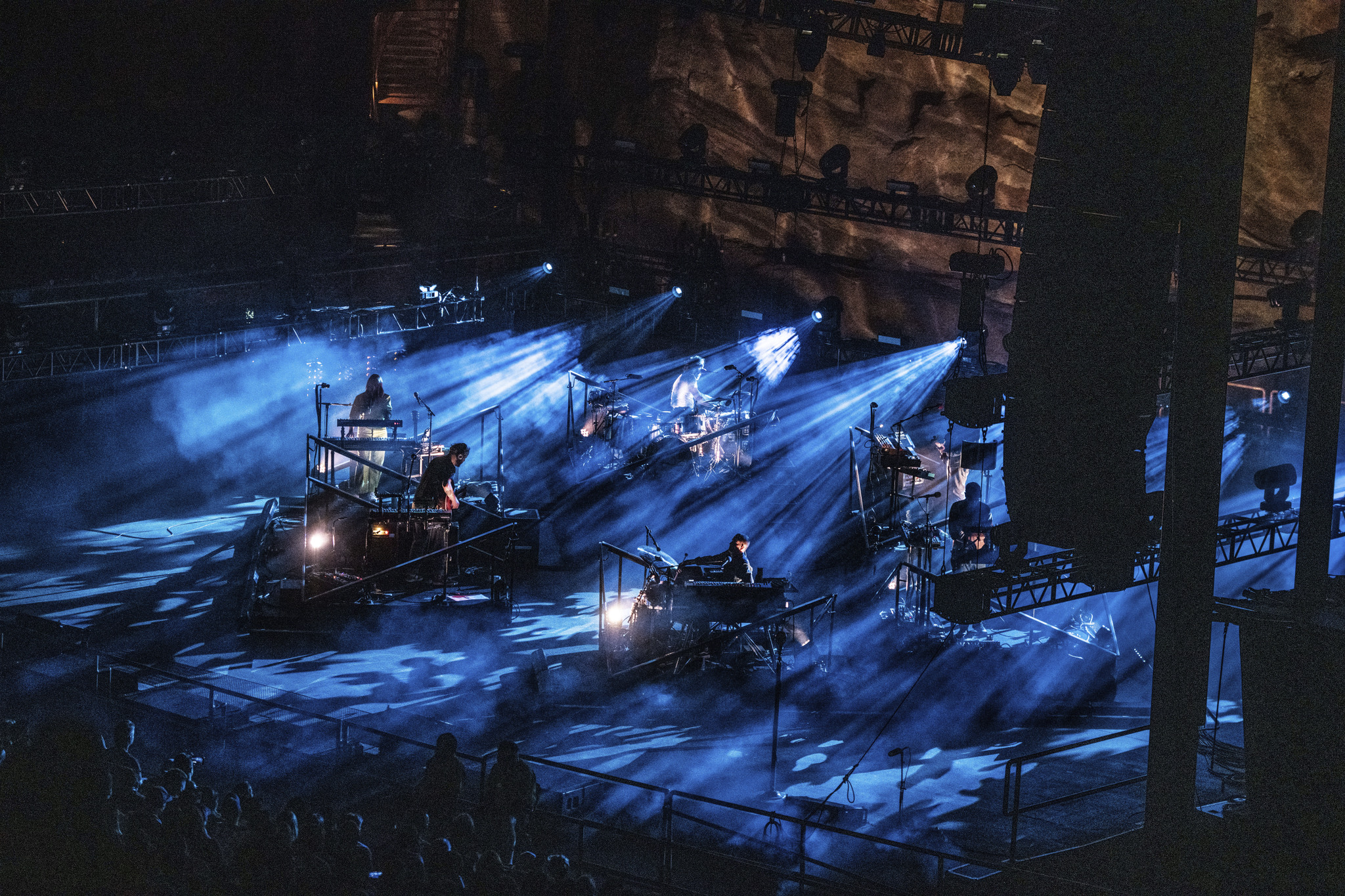 As the stage set transitioned and time ticked past, abated breath slowly but surely took root, coming to a head as Bon Iver eventually took the stage. Assuming their stances beside their instruments, Justin Vernon and company took flight on the individual risers that resembled neon origami cranes to the unraveling “iMi.” As the band deployed their gorgeous music, the audience immediately fell into a sense of stasis, afraid to move too much lest they ruin the atmosphere that had consumed the amphitheater. The glowing wings of the crane lights moved through a revolving door of colors, as lights from above and smoke from below cradled their shape and pierced through their emptiness. 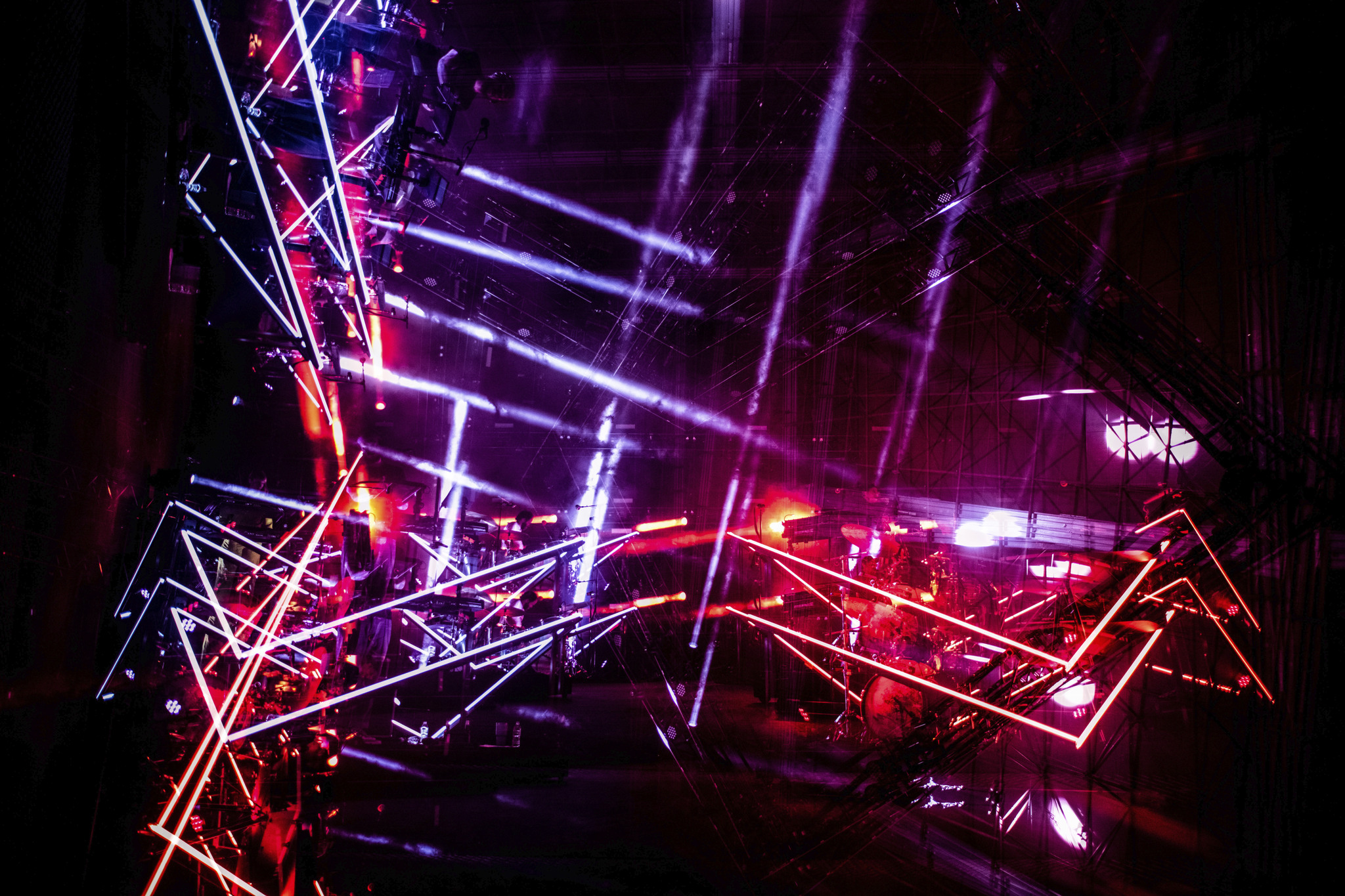 Coursing through much of this year’s i,i, Bon Iver carved out intricate stories with the steady pumping of drums, layers of synthesizers and saxophone, all overwritten with Vernons vocoder-splashed falsetto. To say it felt like a dream, would do life a disservice, as Bon Iver exhaled life-affirmation in every note that spilled from the stage. Whether it was the heart racing propulsion of “666 ʇ,” the psychobabble mania of “Naeem” or the exalted symphony of “Heavenly Father,” each song seemed to pull a heartstring and dangle — serving teary-eyed reminders of a shared human connection. The band even dusted off one of their earliest songs, “Lump Sum” pushing the audiences to pull a little harder — to feel a little longer. 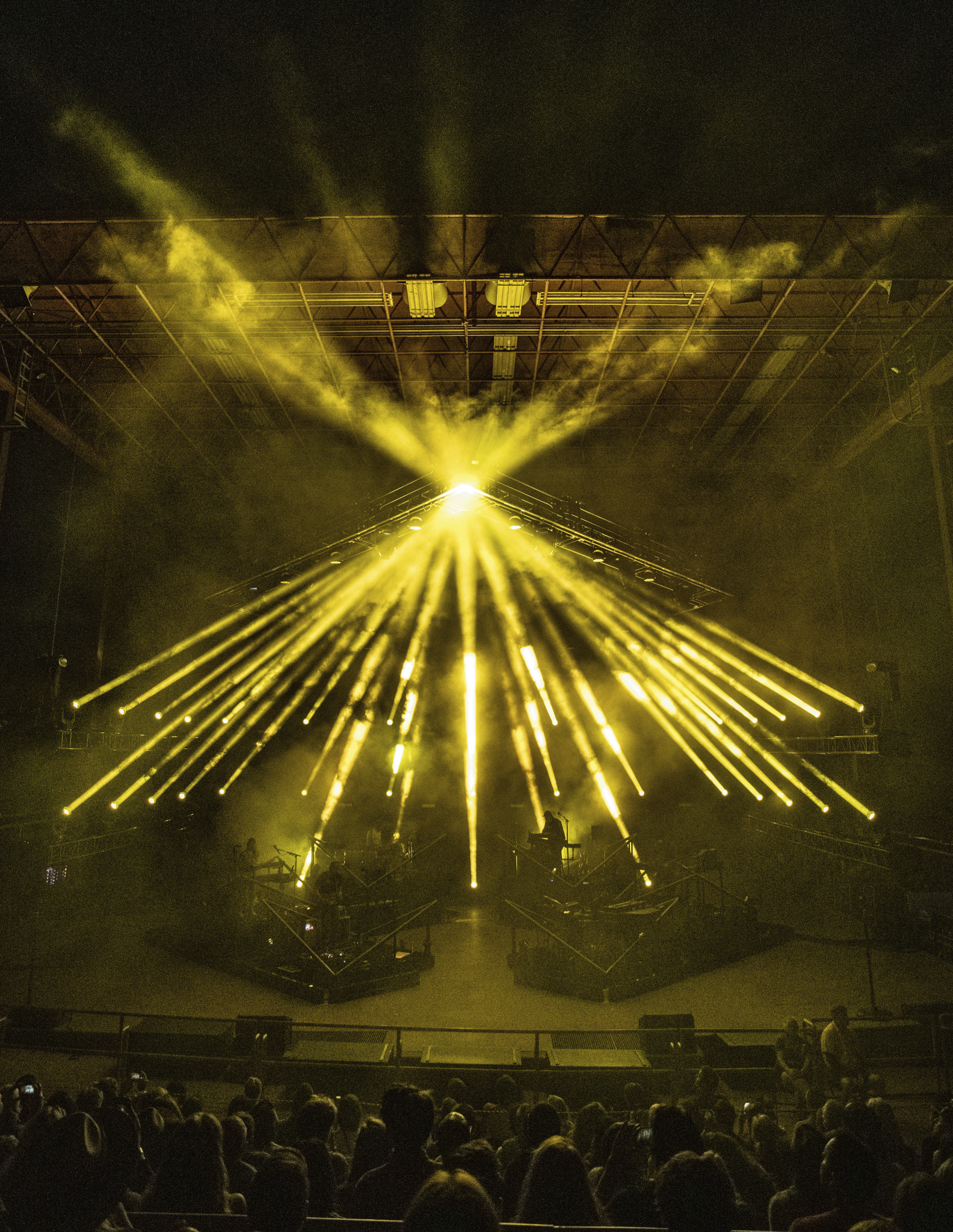 It was only after the music died away that the audience could even think to breathe on their own again, and the thought of surrounding people felt tangible — real, even. Though the lights and the production were an incredible spectacle, it was the realization that the atmosphere Bon Iver created existed on its own, for every single person, to feel out as they may. Seeing Bon Iver’s music live is akin to watching fireworks explode across the sky or gazing out at a brilliant sunset rising against the horizon and knowing somebody somewhere is feeling the exact same way you do. Giving a standing ovation with a thousand of those people was more beautiful than you could ever imagine.

All Photography by Graham Tolbert