Summer in Denver is no joke. Even though we had a cold start to the season, August is here to remind us of Colorado’s dry heat that we all know (and sometimes dread). After seeing back-to-back 90-degrees days, the rain on Sunday afternoon was a welcomed change. Little did we know, it would also create an idyllic atmosphere for the perfect night at Red Rocks where Gregory Alan Isakov made his return with a sold-out show. But while the light drizzle may have cooled down us down — it was Isakov that gave us chills.

Isakov went on promptly at 8:30 p.m. and didn’t stop playing for a full hour and 30 minutes, with little to no breaks in between songs. He performed hits off his most recent album, Evening Machines — an album that came after a five-year hiatus following The Weatherman. He began the night with “Southern Star” that bled into “Dark, Dark, Dark” followed by a blended series of songs that nearly spanned his entire discography. All transitions were flawless and perfectly executed; the flow was smooth and subtle and it gave no feeling of urgency to his performance. However, one song — the title track off his 2009 album This Empty Northern Hemisphere — noticeably changed the pace of the night as the song crescendoed into a chorus of strings. It reverberated throughout the entire theatre and the vibration could even be felt through a water bottle. But in true Isakov fashion, it was never overpowering or overdramatic. 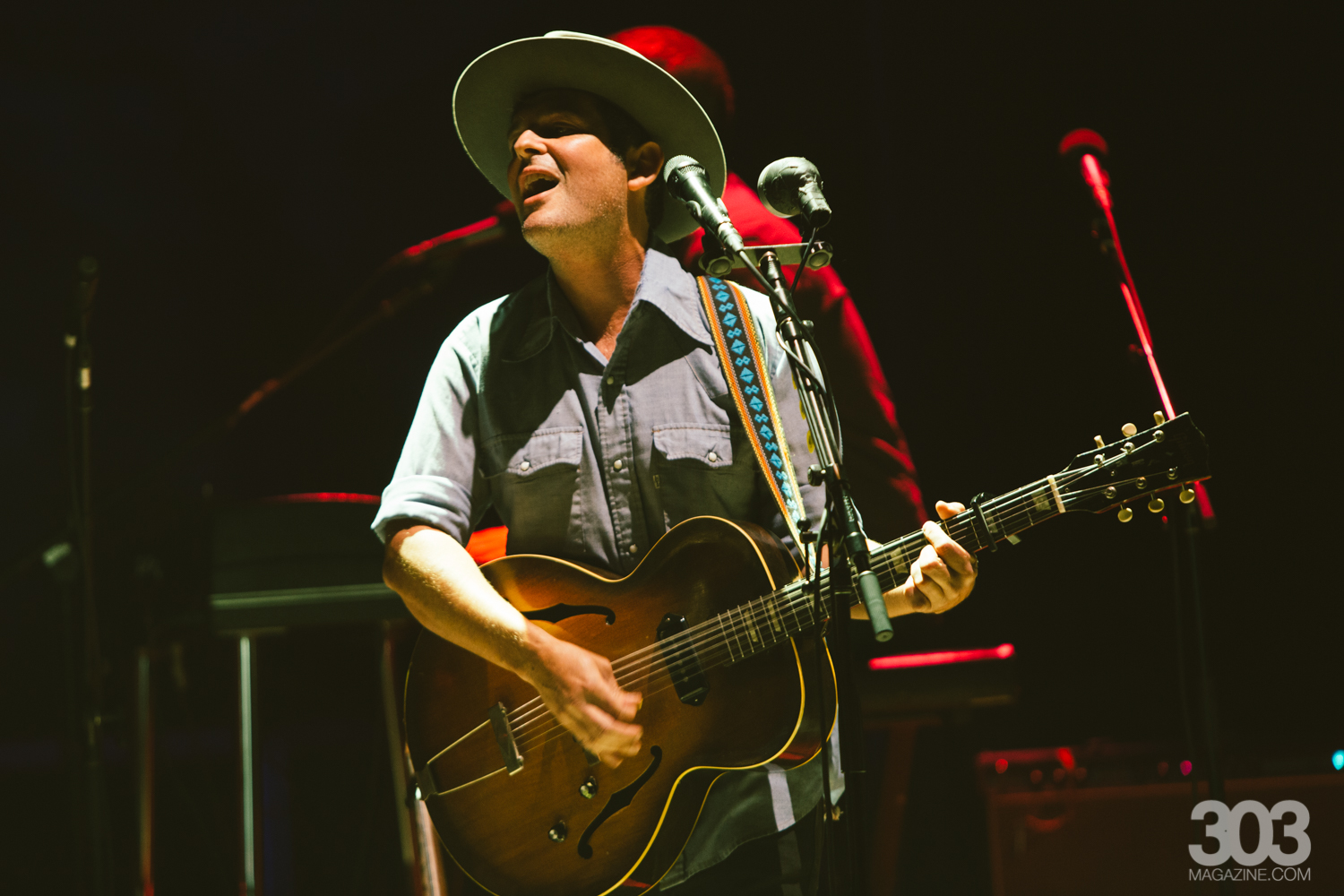 It’s no surprise that Isakov’s performance was nearly musically flawless — he is a damn good musician after all. The seasoned crooner knows how his voice will carry up and over the hills; how each bang of the drum and strum of the banjo will sound reflecting off the rocks in the theater. But if Isakov has a weakness, it’s that he isn’t much of a showman. If you’re familiar with his personal life, this shouldn’t come as a shock. He is a part-time farmer who has a love of solitude. And while his cool demeanor is a part of his appeal — if you went to his Red Rocks show last year his aloofness may have come off a bit stale.

Several elements of last night felt familiar — including the few times he spoke to the crowd (which were nearly identical to 2018’s proclamations) and the format and flow of the show (i.e. the group break-away to a single microphone). While these may be staples in any Isakov performance, for a show as grand as a sold-out night at Red Rocks in his adopted home state should have warranted something a little extra. Instead, the crowd was greeted with a short (but oh-so-sweet) performance and a set missing some of his most well-loved tracks — like “Big Black Car” and “The Stable Song.” This might be because he is playing Mission Ballroom in just a few days and therefore was obligated to save them. But for those who can’t afford double the tickets — the Red Rocks performance felt a bit abbreviated. 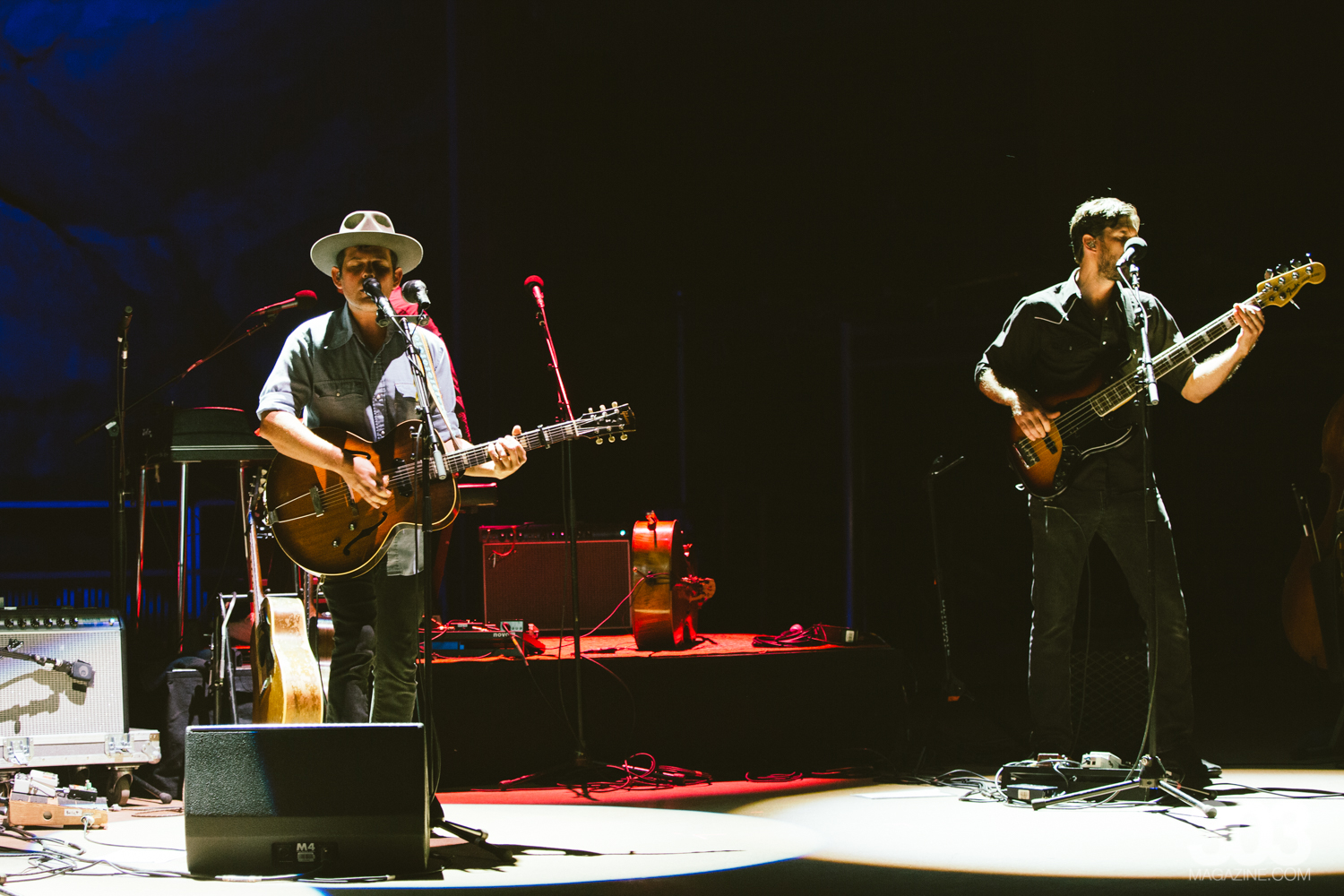 However, if you were a first-time concert-goer or didn’t have your heart set on hearing those songs —  it was the perfect night. His melancholy sound encompassed every inch of the amphitheater, traveling through the crowd and clinging to the soul of every person there. Eyes were closed, bodies were swaying, tears were shed and chills were formed from the riffs of his voice and the harmony of the five-man band standing next to him. They were as natural as the rocks themselves. It was undoubtable — this man and his band belonged on that stage, even if it was just for a little while.