Dialing in the sound of a new album requires balance and innovation — staying familiar without being repetitive, but showing audible growth without departure from origins. Then there’s the balance of life and music, which can be tricky when you immerse yourself in one side or the other.

For Colorado-based singer-songwriter Gregory Alan Isakov, he found his balance in his 3.5-acre farm outside of Boulder. Where writing new music can take unexpected turns, the measurable growth of a farm provides stability. “Working on the farm brings me the most peace because I’m able to calculate and see work and progression,” Isakov said. “Whereas music is so elusive. I’ve probably worked 60 or 80 hours a week on this album over a year.” 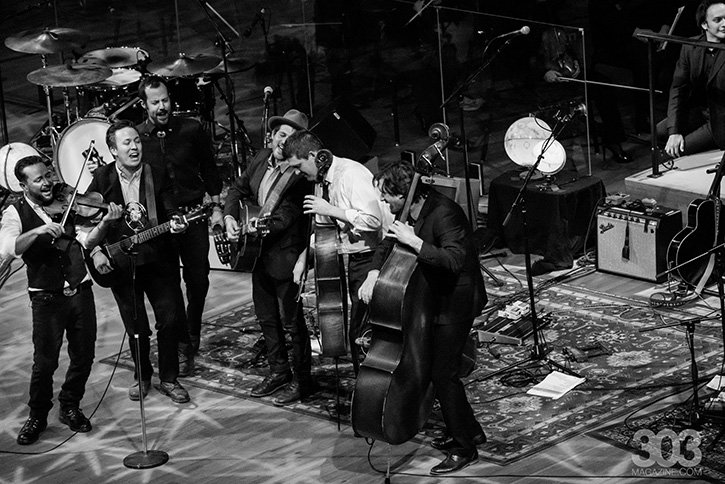 His first studio album in five years, Evening Machines, was written on the road, but refined and recorded at his barn-turned-studio on the farm. The quiet hours spent tending to organized rows of crops during the growing season meant the album was largely worked on at night when he couldn’t be on the farm. “When it’s dark and I can’t work, this whole thing kind of opens up. It lends itself to a lot of the sound on this album, and I wonder if I had worked on it during the day if you’d have a different sound,” said Isakov.

When you combine the quiet, early hours of farm work and nocturnal studio sessions, it brings a sense of clarity and comfortable solitude to the 12 songs of the album. “This year has been the most I’ve ever felt life,” he said. “I’ve always heard of grownups saying that about being comfortable being alone. I thought, ‘yeah, I don’t think I’ll ever really feel that,’ but I honestly do.” The spacious soundscapes on Evening Machines are reminiscent of being alone and far from what you know, but Isakov’s calm croon and steady strumming carry you home every step of the way.

Though he’s found a comfort in his daily solitude, that doesn’t mean his album is self-made. Isakov said when he needs the perspective of someone outside of the band, he turns to his neighbors who aren’t musicians for a fresh ear. “I send it to them to see what they think as ‘civilian’ listener, especially when you’re working so closely with your own music,” he explained. “Like with this album, they said ‘dude, the happiest song on the album is “dark, dark, dark.” and it’s like, it’s not that sad of a record to me [laughs], but I love that.”

When it comes to performing, we’ve only seen Isakov grow with his music. From the 2016 collaboration with the Colorado Symphony to an upcoming tour — with a sold-out show at Red Rocks on September 30 — in support of his fourth full-length album, Isakov’s level of performance has only grown. But his humility has always been present. 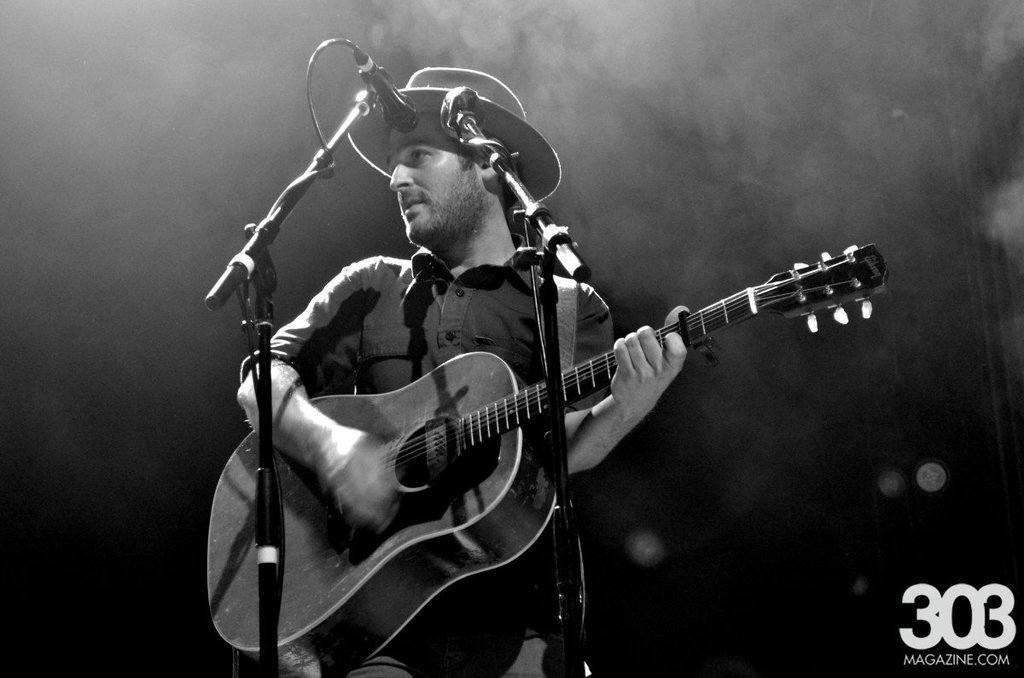 “The first time we played [Red Rocks], I didn’t think we could pull it off sonically,” Isakov recalled. “I remember feeling shy about it like I’d rather play the Fox [Theatre], but when you get asked to play Red Rocks, you play. It was one of the best shows we’ve ever experienced as a band.”

Gregory Alan Isakov’s forthcoming album Evening Machines is due out Friday, October 5. His September 30 show at Red Rocks is sold out. All photography by Meg O’Neill.