From August 15 through 22 the Cirque du Soleil traveling show “Corteo” stops in Denver to transform the Pepsi Center into a microcosm of angelic whimsy and lighthearted worldly departures. Corteo debuted in Montreal, Canada in 2005 and has undergone a variety of production improvements since to create the arena-sized spectacle that exists today. As no flash photography is allowed during the show, we stopped by during rehearsal to capture the magic details that create the world-renowned shown known as Corteo. Tickets are still available here.

Corteo gathers its inspiration from its Italian meaning, which translates to procession. The celebratory circus parade themed performance is contrasted by the storyline of a clown proceeding through his funeral and departure from the mortal world. During his transitionary period from Earth to the heavens, the protagonist encounters an otherworldly array of playful angels and theatrical characters that guide (and often mischievously misguide) him through the dream state. With thought-provoking themes painting throughout and equally bountiful moments of comedic relief, Corteo keeps each member of the crowd engaged and enthralled for the duration of the show. 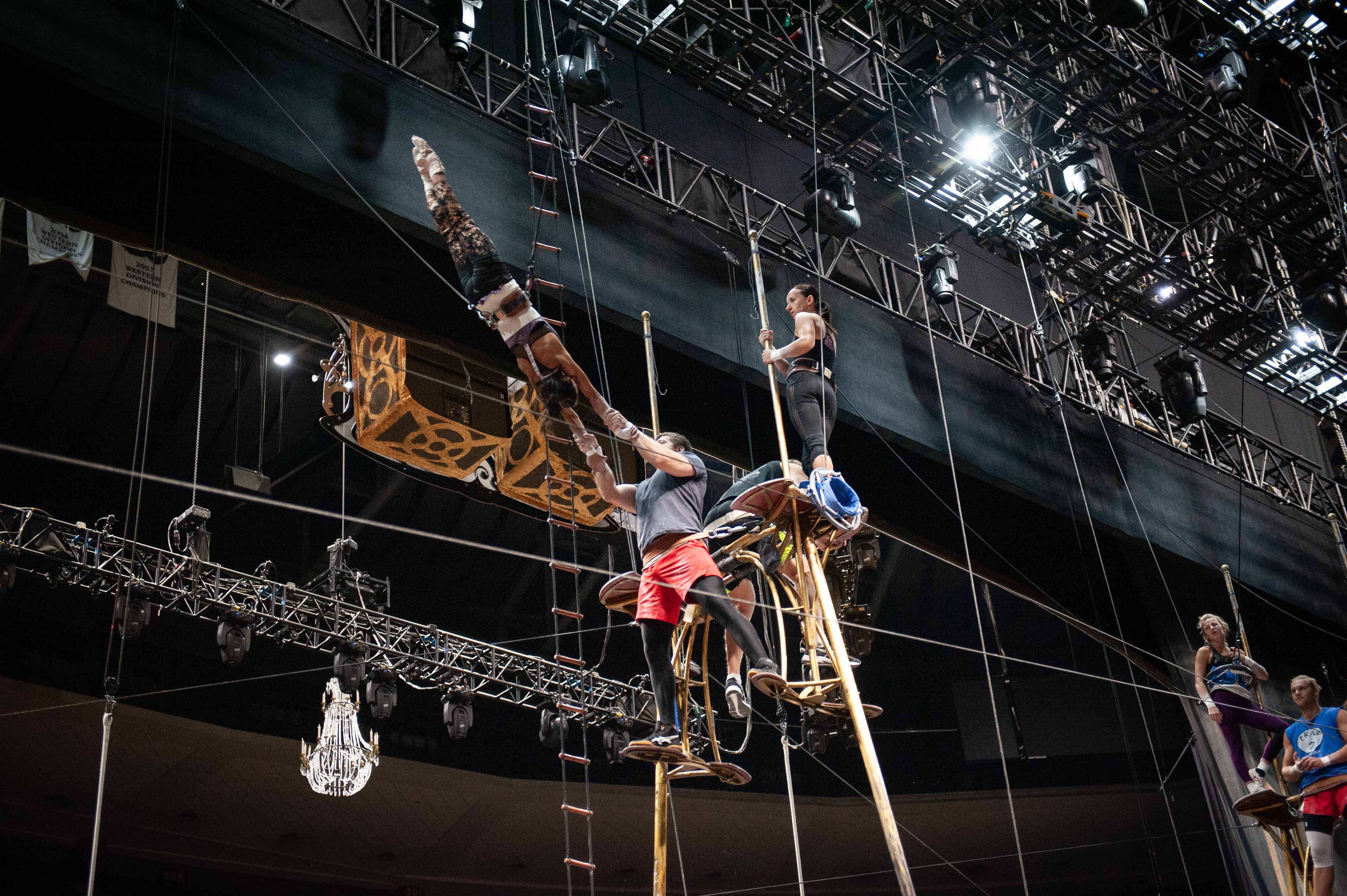 Cirque du Soleil leaves no detail disregarded in the pursuit of creating an immersive experience. Upon entering the arena, a floor to ceiling artistic representation of the various characters in Corteo enthralls the audience. The semi-translucent curtains draw inspiration from the Adolphe Willette painting “Parce Domine,” and serve as the first introduction of the circus procession theme to the onlookers.

In true Cirque du Soleil fashion, performers interact with the audience through animated skits before the curtains rise and periodically throughout the show. A mainstay throughout the evening, the side stage hosts a percussionist in classic clown garb. If timed correctly, audience members can catch a glimpse of twirling drumsticks and spirited reactions from the musical act. 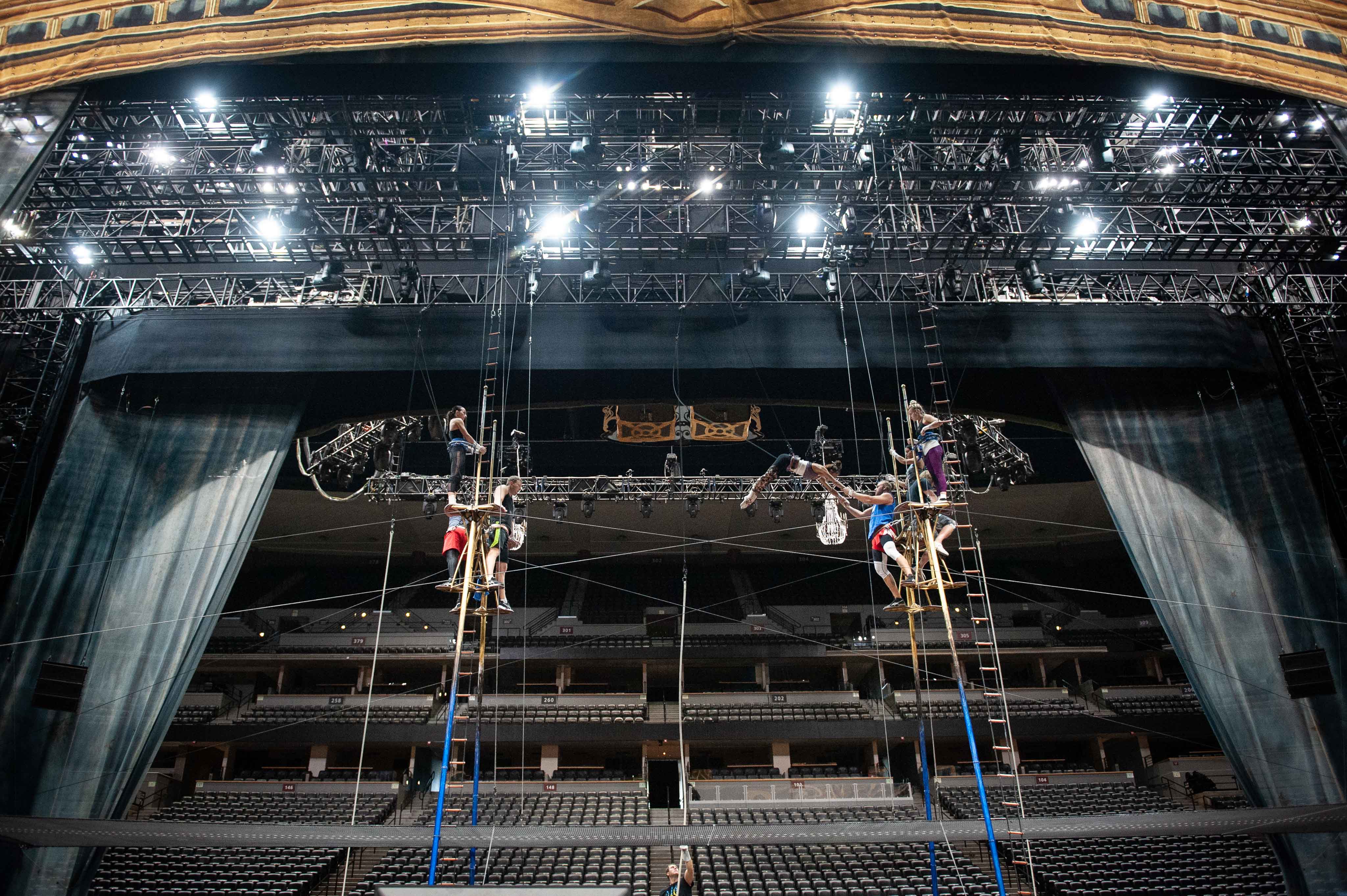 The stage remains full of surprises as the awe-inspiring feats compete with one another in creativity and execution. Each equally brilliant in their own right, the various acrobatics defy logic to push the boundaries of what’s humanly possible to illicit the classic uproar of applause expected in a circus setting.

A particularly enthusiastic cheer from the audience began when a pint-sized character began floating from the stage to the audience by way of massive helium balloons. The woman used the audience members hands as stepping stones to make her way back to the stage, but not before sprinkling her peppery commentary throughout the onlooking participants. 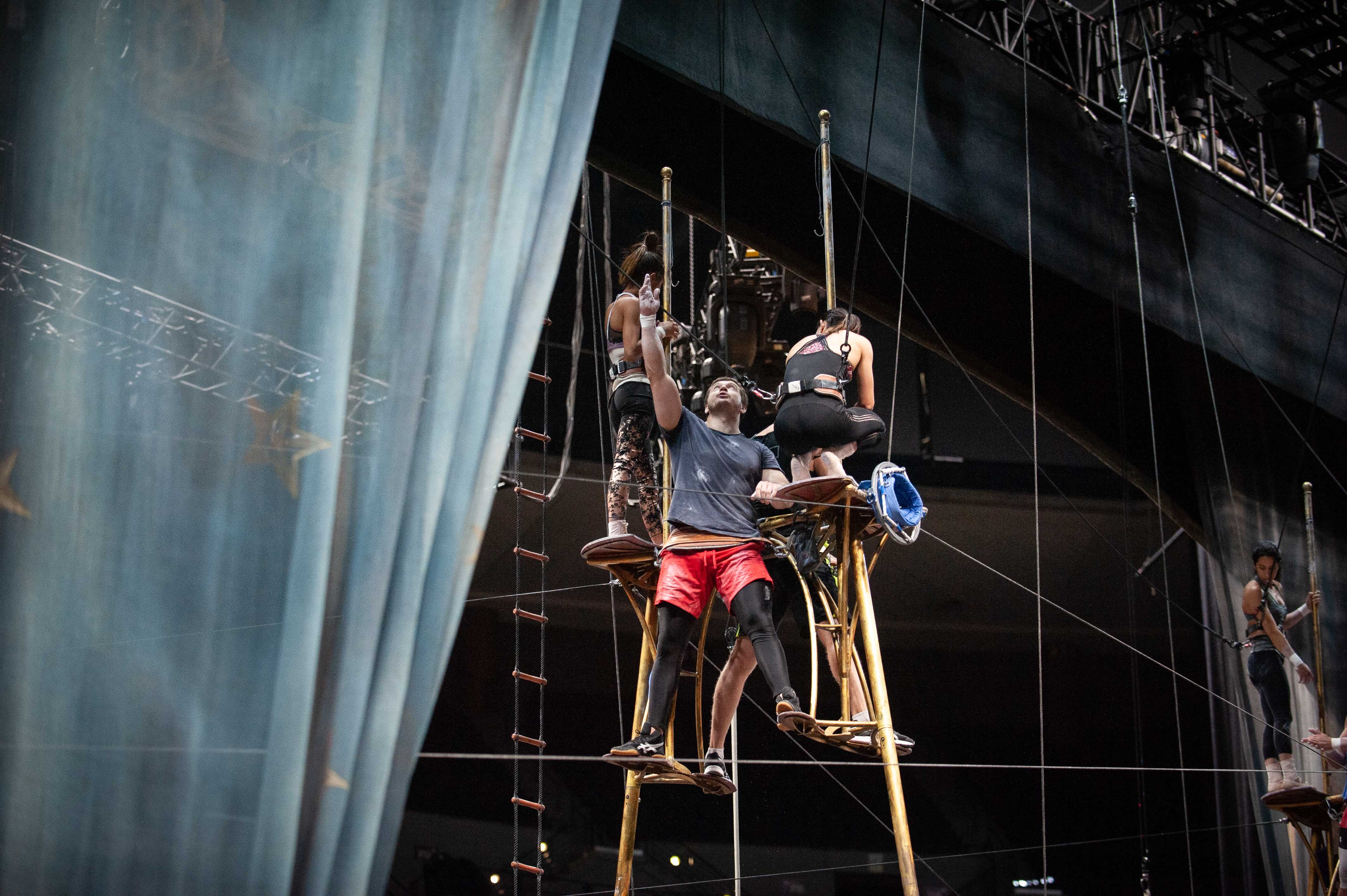 Corteo finds the line between real and imagined, the new world and the old, and explores the infinite possibilities of the in-between. Cirque du Soleil serves to re-spark and reengage the imagination by presenting possibilities one never imagined could exist. The pinnacle of human performance, Cirque du Soleil delivered their unwaveringly impressive collection of physical triumphs in a well-rehearsed immersive experience of theatrical storytelling.

Whether it’s your first or returning visit to the world of Cirque, there are plenty of hidden gems and timeless wonders packed into Corteo for visitors to enjoy time and time again. To view available tickets for the remaining nights, click here.