Five years have passed since the left-of-center pop duo OptycNerd released an LP. This stretch comes to an end on Friday, August 30th with the release of Never Come Down, a 10-track album well worth the wait. Weaved into each song is the duo’s signature sound — a relaxed yet technically crisp fusion of indie and electro-pop that transmutes the feeling of sun-kissed summer days into music. This well-defined style has eased OptycNerd’s gradual transition from hip-hop and R&B to pop, a journey that finally culminates in this album.

The sound mixing masterminds behind OptycNerd — Chris Kimmel and Chris Scott — self-produced the entirety of Never Come Down, which features twice as many songs as each of their past four EPs. Consider this an indication that they’ve come into their own. Although this album is their most mainstream project yet, it still incorporates some of the riskier cross-genre experimentation that typified the duo’s earliest work. Kimmel’s tightly structured tongue-in-cheek rap verses make a return in “Don’t Call”, “You Gotta Be” and “Untied”, while Scott’s laid-back, indie-inspired guitar riffs lightly decorate pulsing electronic progressions in almost every track. 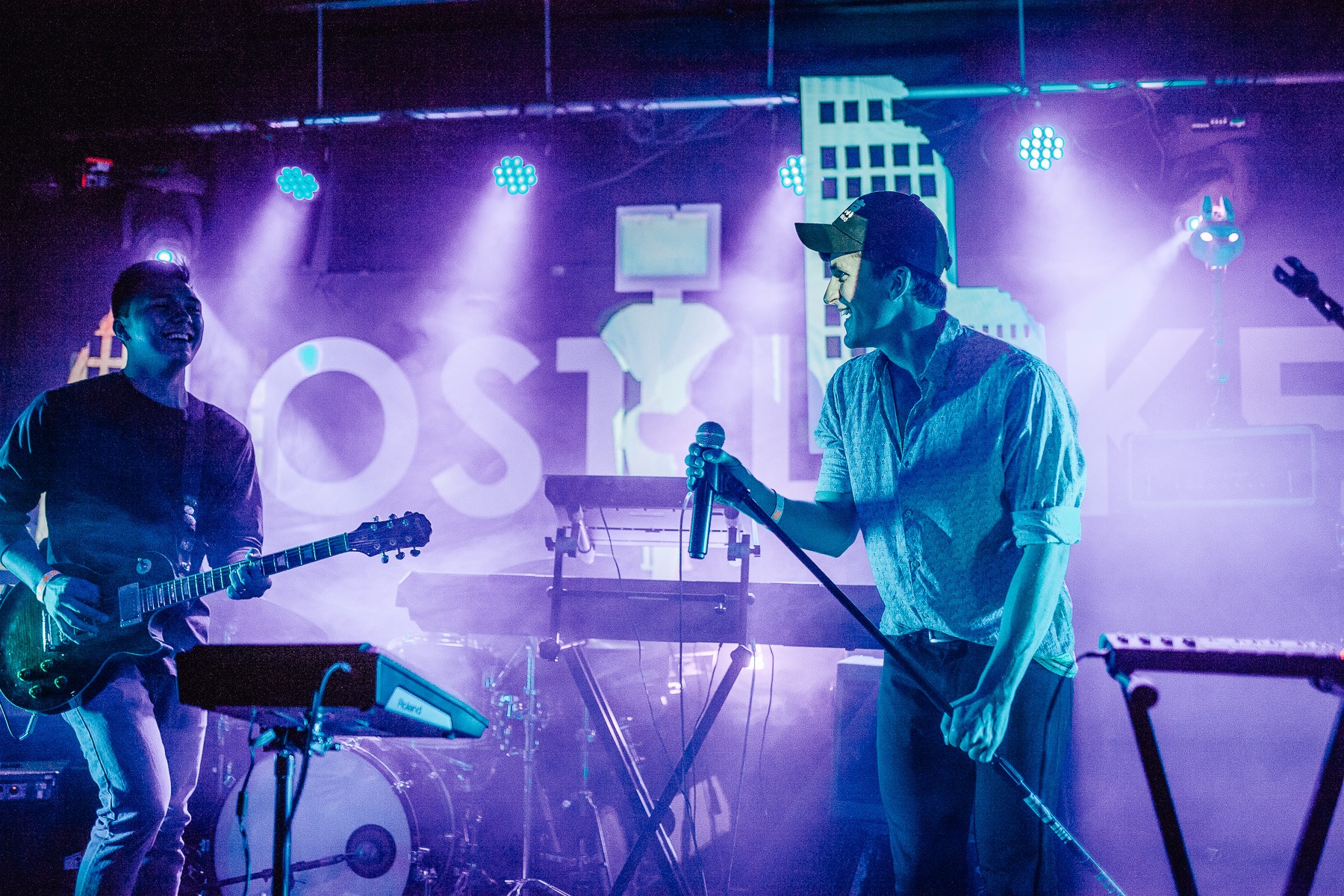 The duo, self-christened “the Chrises”, met each other at a college house party — an environment whose milieu is clearly a source of conceptual inspiration for their music. The album roughly chronicles the various stages of young romance and intersperses them with snapshots of euphoric teenage rebellion. Never Come Down’s extended metaphor, riding that high, allows for multiple interpretations: Tracks like “Do It Again” details overindulgence in addictive hobbies. Nevertheless, the album-wide conceit also carries an air of sentimentality and longing, ultimately revealing the human resistance to accept that all things must come to an end. Latent in this LP is the wish never to come down from life’s climactic moments (an appropriate theme for an album released shortly after the apex of summer).

OptycNerd opens their record with several tracks that function as rejuvenating aural dance parties. “Do It Again” — released as a single in April — demonstrates the group’s study and eventual mastery of the electro-pop song structure: Here, a lyrically dense pre-chorus blooms into a modulating electronic refrain. The laid-back vocal style with which Kimmel sings economic, meticulously crafted rhymes like “My body’s aching and it needs to be awakened” epitomizes the group’s playful yet carefully calculated approach to music-making. Only dedicated professionals can afford the illusion of effortlessness.

The album’s dark horse is “Lover”, an experimental track whose rock n’ roll-style hook features both the acoustic and electric guitar. Every section of this song is intriguing and unexpected. The bass line revs like a sleek automobile, while the atypical percussive melody carries the track through well-edited stylistic transitions.

The track list’s power is rather top-heavy, but the penultimate song, “Flying”, lifts the energy back up to the OptycNerd’s preferred range. Released as a single in late July, the pop track contains enough space between the notes to send the listener free-falling through empty atmosphere. Luckily, the bouncy staccato phrases of the bass, guitar and drums are there to catch you before you ever touch ground. The result is a breezy feel-good ambiance to loosen up in.

OptycNerd’s most ambitious release yet engenders a sunglass-wearing, driving-with-the-windows-rolled-down state of mind. Its crisp, easygoing sound encapsulates the aura of rapturous summer nights, and its thematic content wisely expresses both a yearning to relive them and a willingness to move on from them.

OptycNerd will perform alongside recent tour partners Whiskey Autumn at the Serendipity Music & Arts Festival at Globe Hall on September 22nd. Keep up with them through their Facebook and Instagram pages.