Over the last two months, Arvada has become home to two new vegan restaurants. So Radish opened its doors in May and on June 14 Urban Beets will have its grand opening. The owners – couple Nicholas Allmond and Olivia Dungey – took over the old Manneken Frites space and renovated it to give it a fresh, artsy vibe. “This is something we’ve been chasing for a long time – it’s a passion of ours,” stated Allmond. The couple recently moved from Michigan after a six-month road trip around the country to follow their dream of opening a vegan restaurant. “We love music, we love juice, we love plant-based food, and we love rock climbing,” stated Dungey. They pay homage to all four in Urban Beets.

“It’s not hard to be vegan or vegetarian, the hard part is having accessibility to good food at restaurants,” stated Allmond. 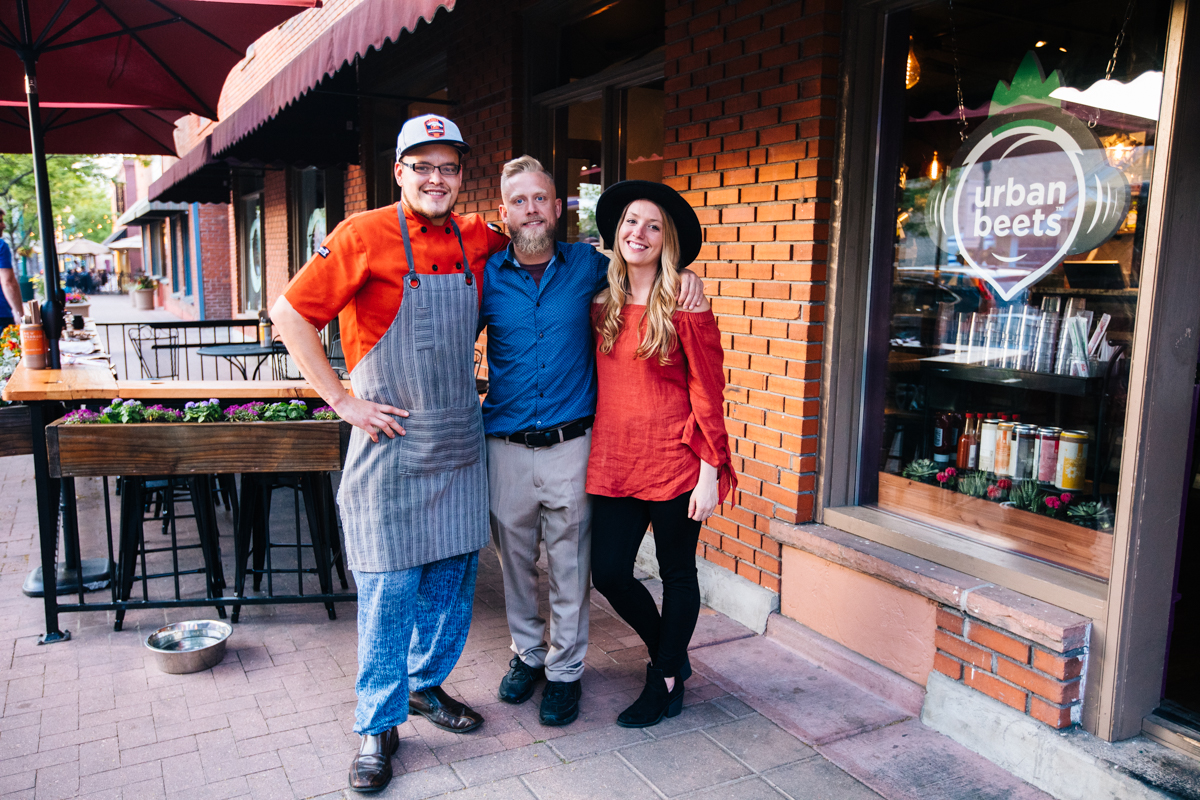 Anyone who sits down at the new restaurant can immediately feel that all of the staff truly care about your experience and the food. Almost every meal is brought out by Chef Albert Gonzales Jr. himself and he explains what is on the plate, why it’s on the plate, and how you should enjoy the meal. His passion for food comes from the hands-on work he did while studying at the Auguste Escoffier School of Culinary Arts in Boulder. “When you work on a farm and you have to hoe the dirt, water the carrots, pick them, bunch them and put them in the deep root cellar — you cut that carrot differently. You peel off less skin to minimize waste,” stated Gonzales Jr. 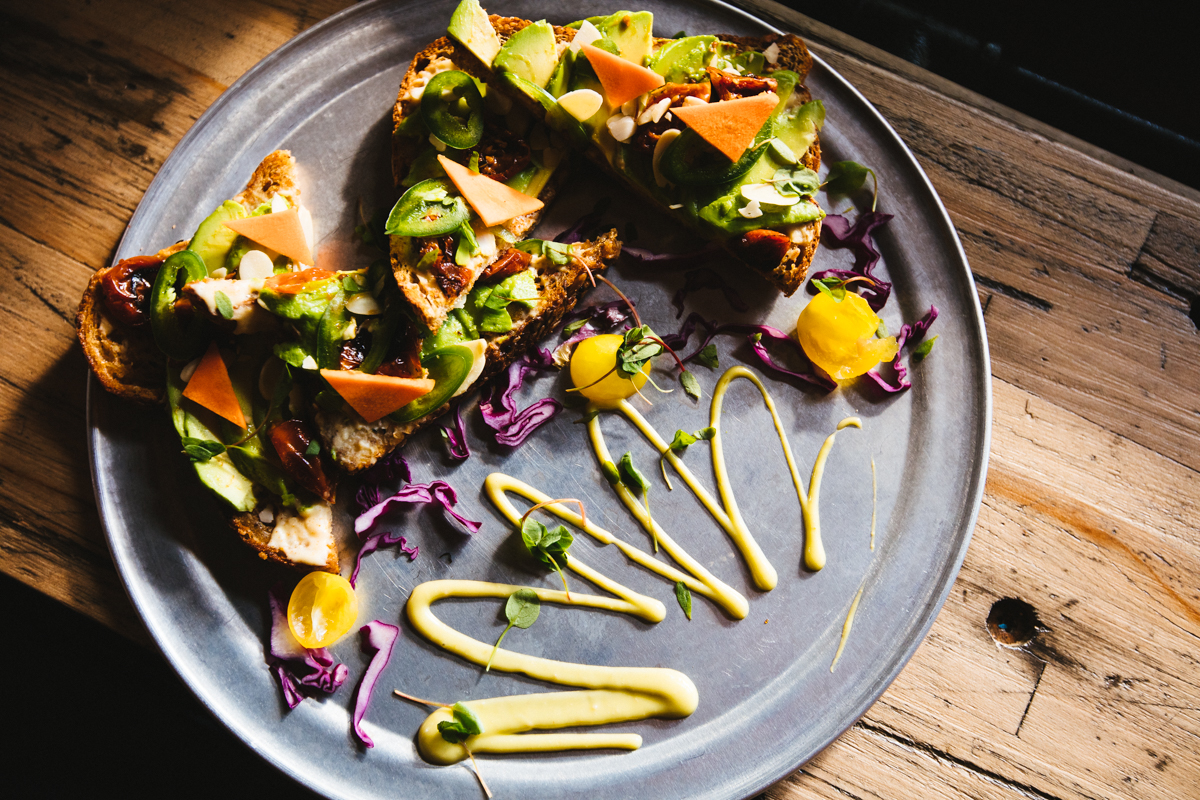 In the small, 788 square-foot space Gonzales Jr. is able to create fresh fare for dining in or taking out. Allmond explained that the menu is “composed like your favorite band’s set list. It’s going to have a few hits but it’s never going to be exactly the same.” The reason for this is also to reduce food waste. “Usually we go into our cooler at the end of the night, see what we burned through, see what’s left over and how we can use that for the next day’s menu,” stated Allmond. A few staples are the avocado toast, Jerry rolls, vegan “sushi” and various desserts that will please vegans and omnivores alike. “If someone can replace one meal in their day with a vegan meal, that’s our goal,” said Dungey. 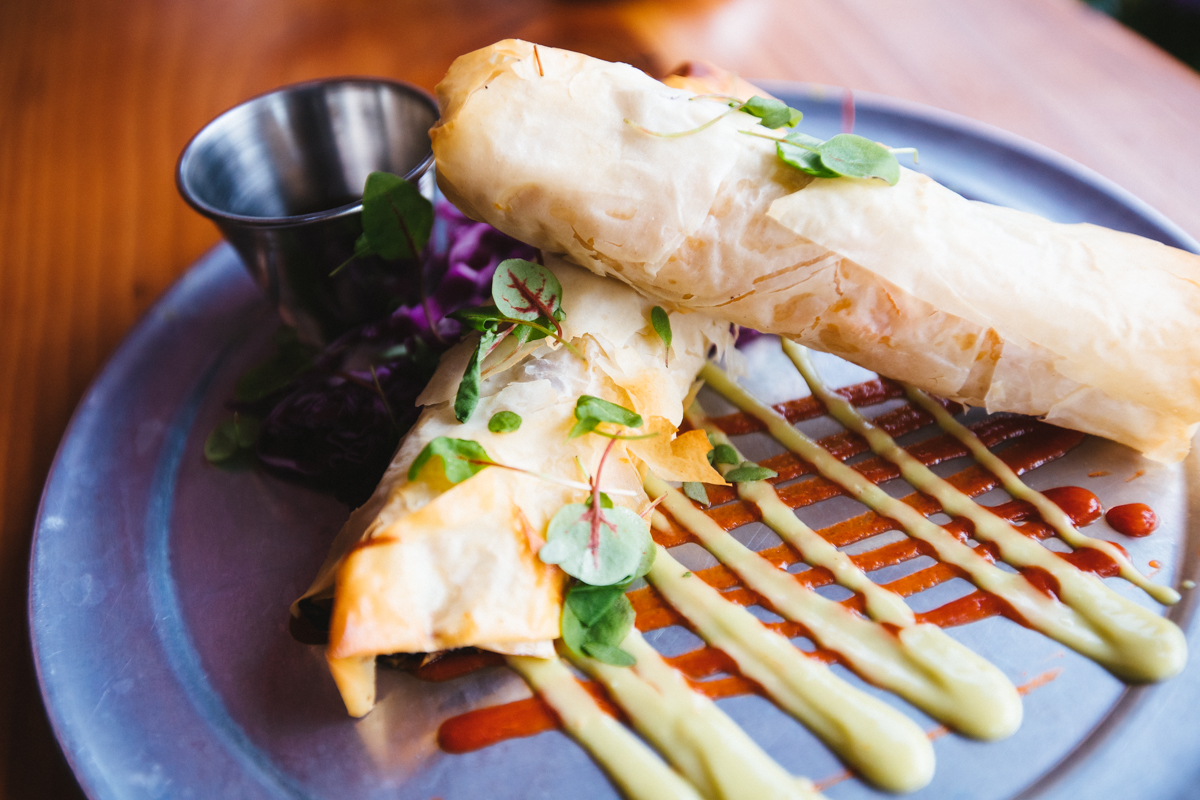 In addition to the dine-in menu, it also has a grab-and-go refrigerator that houses breakfast items like overnight oats and cold-pressed juices that are pressed fresh daily. Each 16-ounce juice contains about two-and-a-half pounds of fresh produce and they are already so popular that the couple are even thinking about hiring an overnight juicer to keep them on the shelves. At night the Rise & Climb – a juice with carrots, oranges, apples and ginger – becomes the Rise & Fall with a splash of vodka. They eventually want to stay open late and become a hangout where great cocktails, craft beers, and fun music draw people in after 10 p.m. but for now the doors close around 10. 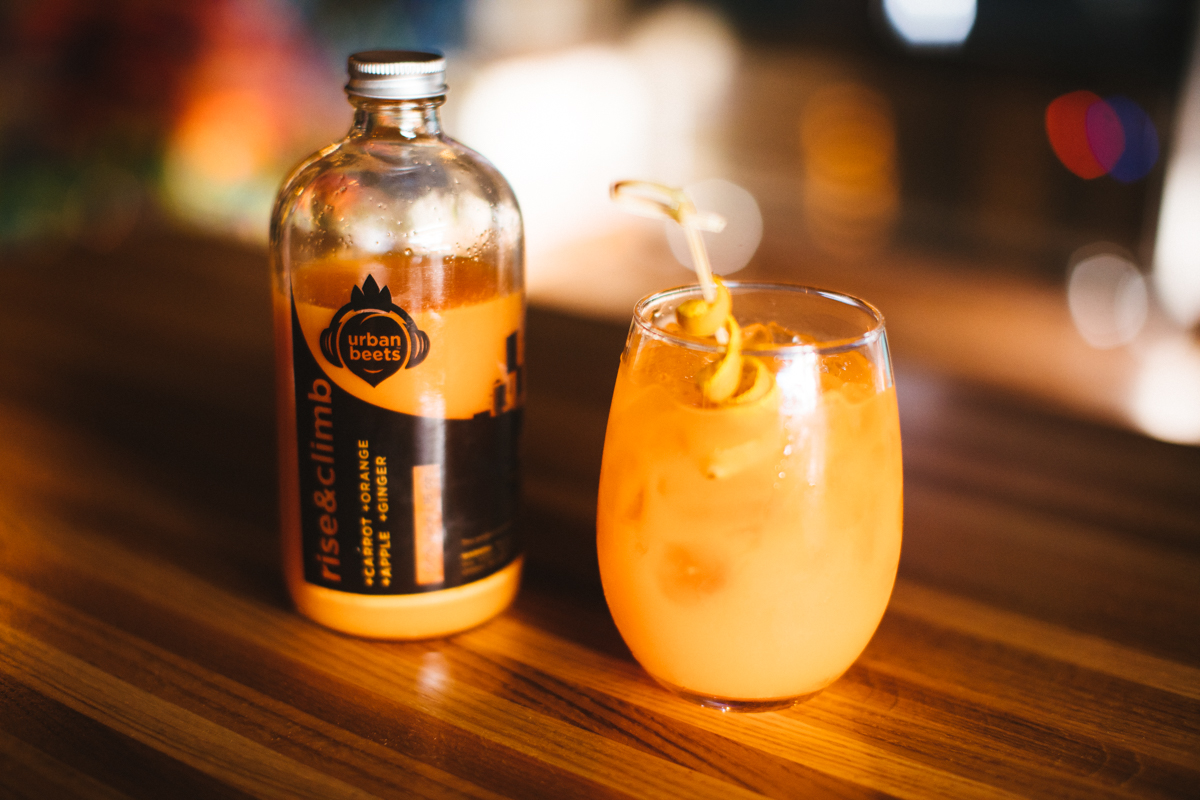 Vegan or not, Urban Beets will satisfy your craving for a fresh meal and fun environment in Olde Town and is definitely worth the drive – or train ride – to Arvada. The rotating menu and surprising flavor combinations will keep you coming back time and time again and maybe even convince to make a monthly visit.

All photography by Annelise Blackwood.