Sometimes, when you hear a good song, you just can’t help but dance. Sometimes it starts with some light toe-tapping and swaying before it inevitably turns into full-blown expression through movement. The best shows often inspire this in the audience, turning fans into an amorphous blob that grooves along in-time with the music. At those shows, every fan in the audience often finds a new friend, if not many more, as the music takes over and attendees become possessed by the music that brings them together. That’s exactly what Young the Giant did for fans at Red Rocks Wednesday night.

When pop group COIN kicked off the evening, fans were still stuck in traffic attempting to get inside the venue. However, despite the congestion on the way inside, there were still fans who arrived early to see the upbeat set – including at least one fan who was there just to see COIN. While the band may have been nervous – introducing themselves to the concertgoers multiple times – they certainly made an impression with their dancey tunes, and their name is certainly one that Denver won’t be able to forget. 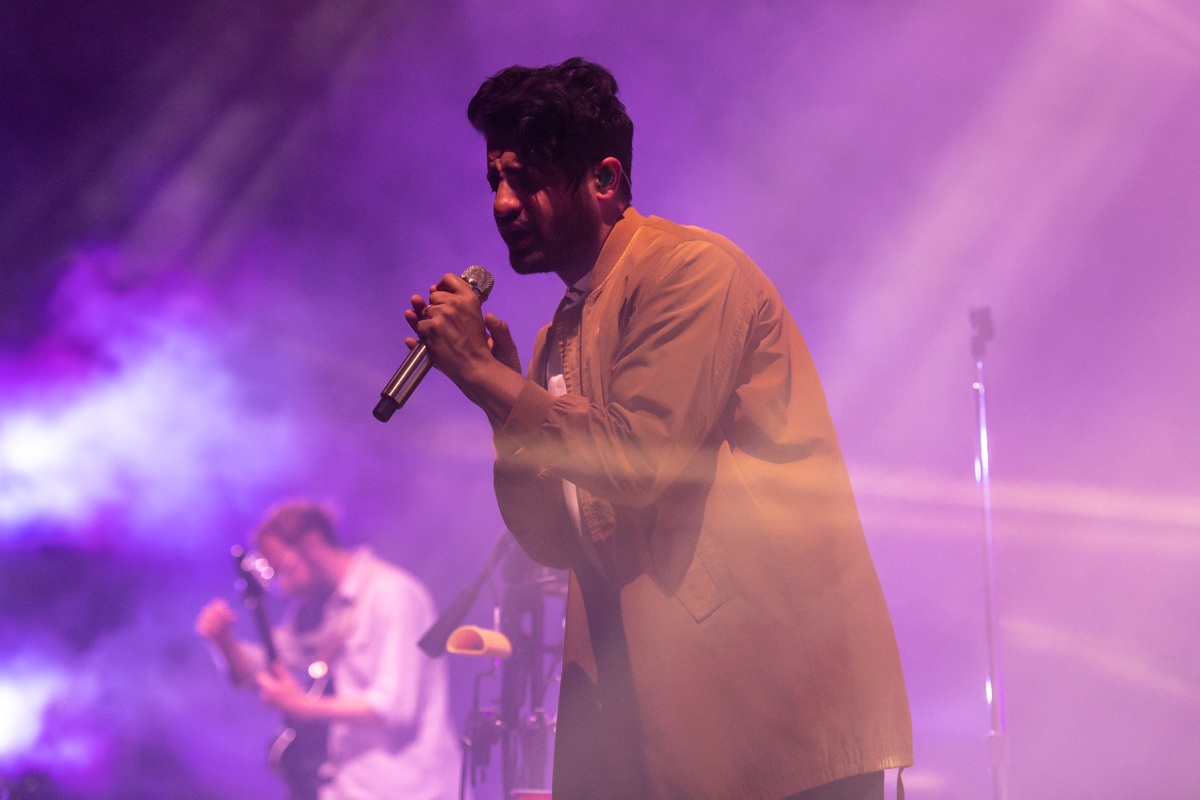 Fitz And The Tantrums followed COIN on stage – and it’s safe to say that for many attendees, this set was the main event. The group danced in sync with each other, and fans did their best to keep up while belting the lyrics to some of their most popular songs. However, they performed more than just their old hits – Fitz and the Tantrums also gave Red Rocks the chance to preview a few of their new songs. Vocalist Michael Fitzpatrick informed the audience that they would be releasing a new album this fall, telling fans “we’d like you guys to be the first ever to hear these songs.”

When Young the Giant took the stage shortly before 10 p.m., many of the Fitz and the Tantrums fans had already danced and sang their hearts out, and were starting to slow things down for the evening. However, when the lights came up and Young the Giant took the stage it was apparent that there were plenty of people ready to keep the party going. Everyone cheered before joining vocalist Sameer Gadhia in singing every song.

The stage set up provided fans with a full visual experience to accompany each song. The lights danced across the stage, the audience and the rocks, in a light show fit to rival even the most extravagant of electronic shows. While the light show could have easily overwhelmed the audience, what they really did was help to create a feeling that Red Rocks was being transported to a better, far more magical, universe. However, as captivating as the lights were, Gadhia’s vocals were even more enthralling. 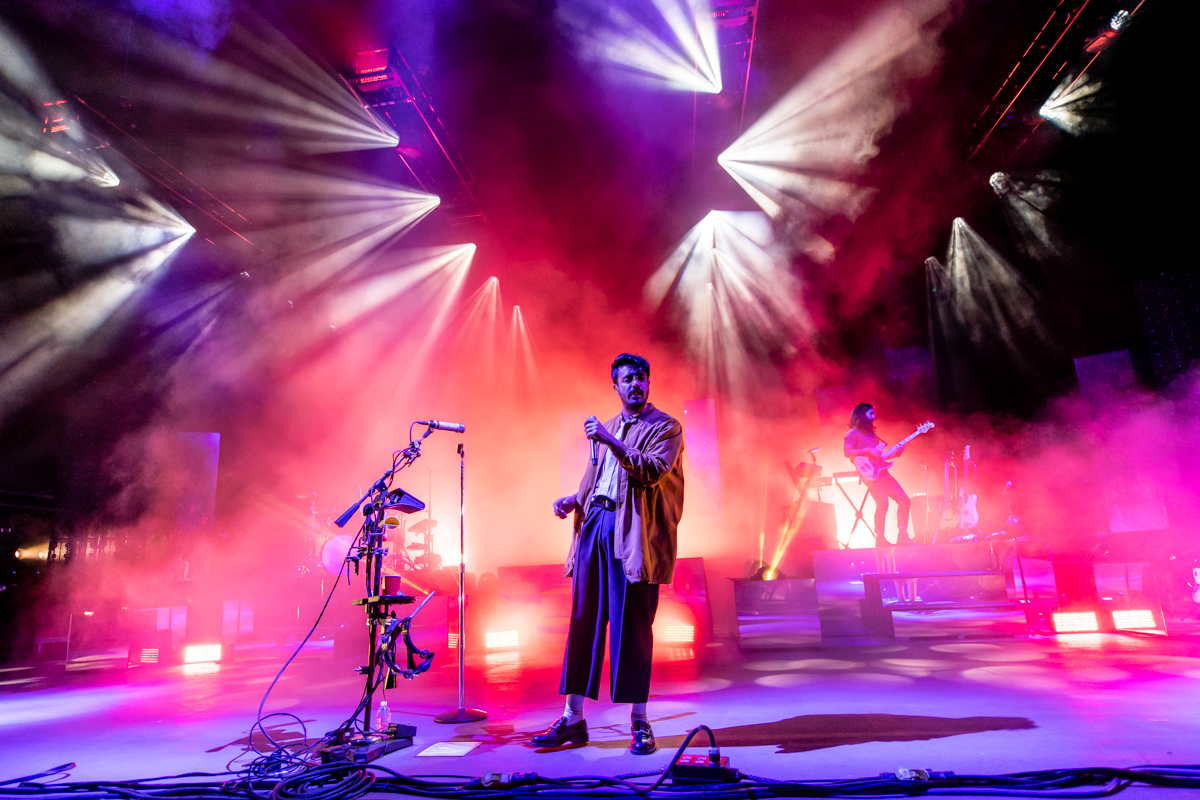 Gahdia moonwalked effortlessly across the stage, much to the delight of the audience. His vocals filled the venue with the exact same quality present on the record – and yet there seemed to be more emotion present in his performance, giving each song a more authentic feeling. Gahdia seemed at times to be possessed by the music, transforming into the physical embodiment of each song. However, it wasn’t just Gahdia who’s performance was captivating, the rest of the group was flawless, including that of the other vocalists. “Their harmonies are so good,” said one attendee, “they’re so good.”

The band also took time to discuss their connection to nature and how it inspires them, telling Red Rocks about their online video series – much of which was filmed in Colorado. Red Rocks proved to be a perfect setting for a band with this kind of connection to the great outdoors, and they made everyone around them feel that same connection. It seems that Red Rocks is a magical venue for Young the Giant, and they certainly embodied that magic for the fans in attendance Wednesday night.