Local indie synth-pop band, Motion Trap is ready for their next era. The band has been churning out indelible earworm ready tunes since 2012, but this year they’re upping the ante. With a bold new look and a sun-kissed sound, the band is already making waves on the heels of the first taste of new material since their 2017 debut project, Heavenly Bodies, a song called”N2U.”  The song, a glistening poolside ’80s-pop throwback, in the vein of Cut Copy and Holy Ghost! may perhaps be the best song the band has released yet. But, it keeps getting better. Set to debut their new look and sound at Lost Lake Lounge, Friday, June 21, Motion Trap sat down with us to discuss their recent changes and where they plan to go from here.

303 Magazine: You’ve been working on a new image, what inspired that?

Nathan Rogers: We doubled down on what we’ve done in the past and moved forward with that. We, as Motion Trap, have a lot of spacey imagery with a neon, psychedelic, kind of a dark synth-pop type of thing that we’ve dabbled with in the past. We’ve defined it a little bit more, I guess you could say. With this show coming up, we have matching fiber optic bomber jackets, we’re doing a custom hand painted black light scenery that we’ll use for projections and we also have these holograms too, that we are going to project different videos on — from space scenes to nature to abstract type of stuff. 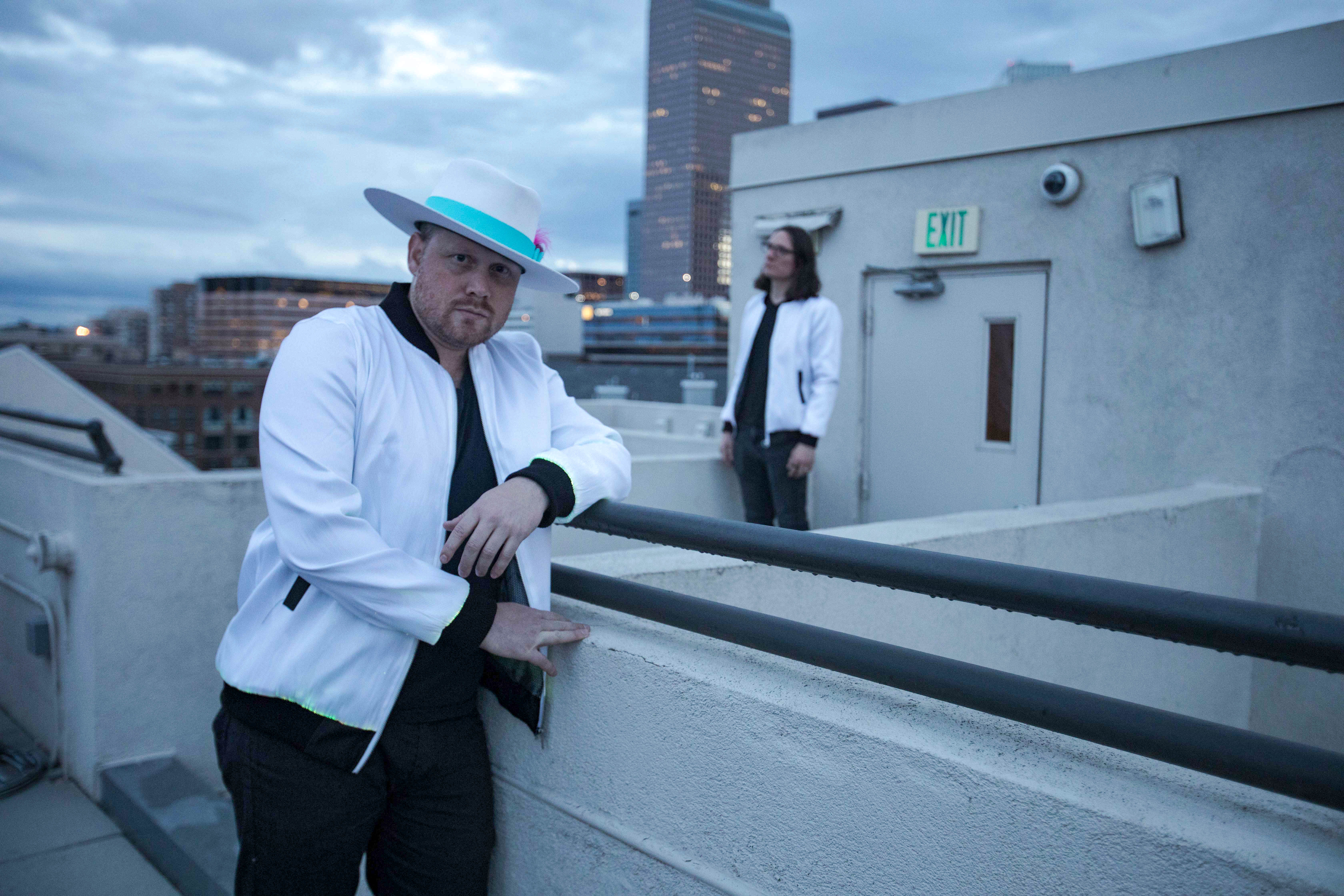 From left to right: Nathan Rogers and Kyle Williams of Motion Trap

303: You all recently released your new song, “N2U,” can you shed some light on what inspired that song?

Kyle Williams: We have been working on new music since we finished up Heavenly Bodies, and we had quite a bit of material up in the backlog that we’ve been working on. The reason we released “N2U,” in particular is that it has a very summer vibe to it, and we really liked the idea of releasing music with the seasons. I think the inspiration was really that it’s been a long, crazy winter and we were just ready to move on to the next thing and hear the soundtrack for that. To add on, “N2U” is completely all outboard analog synthesizers and I really think moving forward, that’s kind of where we are at least from a production standpoint.

NR: Basically with “N2U,” we’ve been wanting to do something lighter this time because everything’s been a little bit dark. Even with Heavenly Bodies, it was a little bit more on the retrospective and looking out into the future kind of mode. I wouldn’t say melancholy rather, “dancey” with the darker overtones.

303: What’s changed in your lives since you released Heavenly Bodies in 2017?

NR: One of the very first bands that Kyle and I really liked together was Postal Service. We read this article, and we really liked the fact that they weren’t even living in the same city. This was before (modern) technology, and they were mailing back and forth up, and that’s how they got the name Postal Service. So, we always try to use new ideas, technology, new waves, to make music. Part of your question is, well, what are we doing differently? Well, we got a complete state of the art studio in Kyle’s house, which we practically lived there at times. We’re always in there,  messing with new beats —looking for new ways to make music, to make sounds and innovate.  I think one of the most important things is to be true to yourself being artistic, but always innovating. Personally, we both have other obligations, fulltime jobs, families, marriages and all of that stuff though, so we’re not necessarily living the rock star life. At the end of the day, we’re living a true artist life. 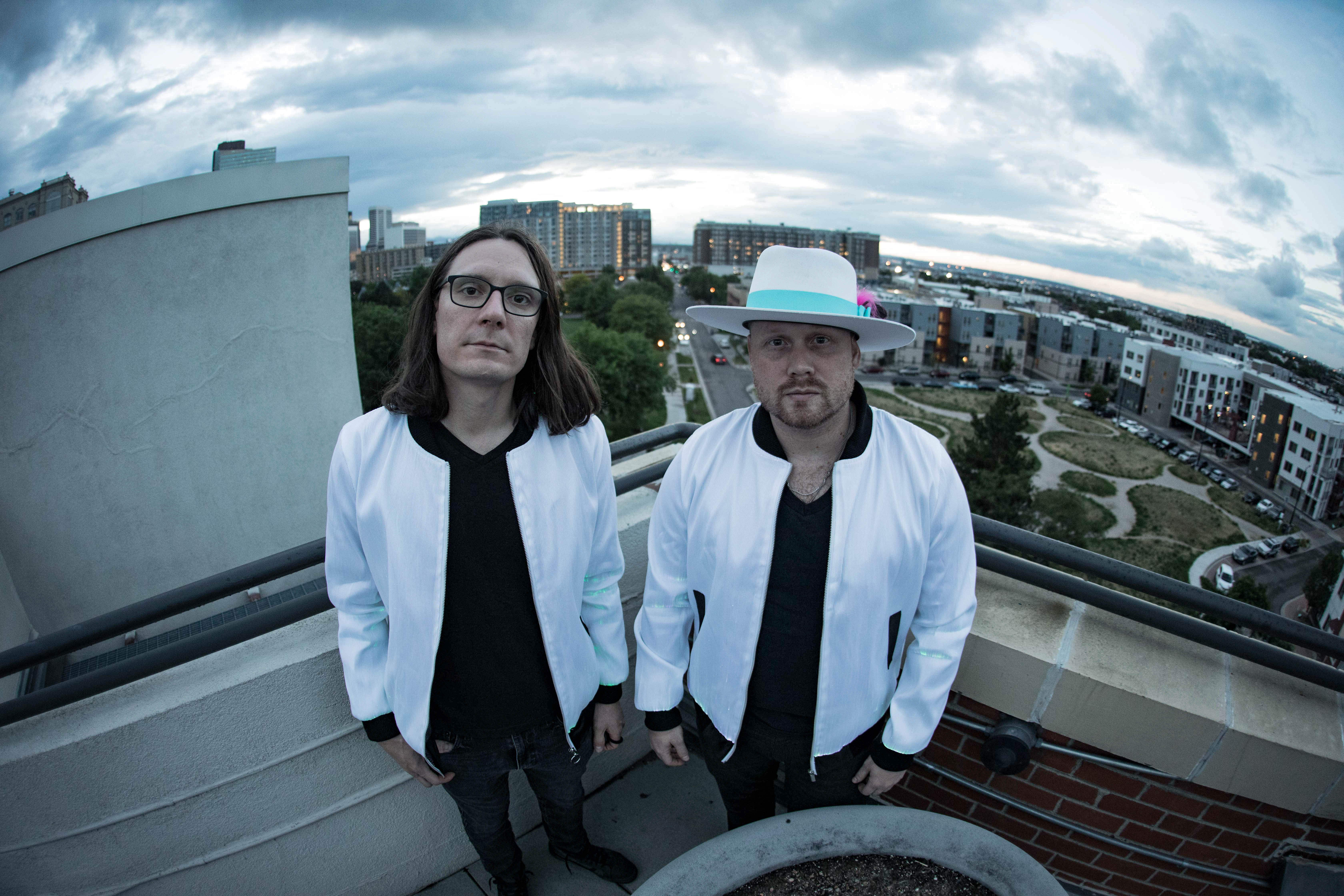 303: Why’s now the time for such a transformative change?

KW: With Heavenly Bodies, I think a lot of things were really moving forward. I think we transformed from a band that only a handful of people knew to last October, opening for BØRNS and playing for 3,200 people at the Fillmore. I think it’s more, look at what we’ve been doing this whole time. I really think to top yourself, you don’t want to get stagnant or feel like you aren’t moving forward.  Nathan and I will sit in a room and brainstorm ideas. What are some crazy things that we could do that we’ve never seen a Denver band do before? That’s the mentality we’ve had from the beginning, but now I think now it’s catching on.

NR: We’re evolving, this is just the evolution.

KW: There’s also a reason why you’ll maybe see only two or three Motion Trap headlining shows a year, and that’s because as much as we love to play, we love to give our audience an experience. We want to give the audience something that they’ll remember forever, and hopefully give them something that they weren’t expecting. If they’re returning, then they are expecting something crazy.  Bands have different ways of connecting with their crowds — some bands play every weekend and that’s fine, but for us, we rather have quality over quantity when it comes to a headlining show. 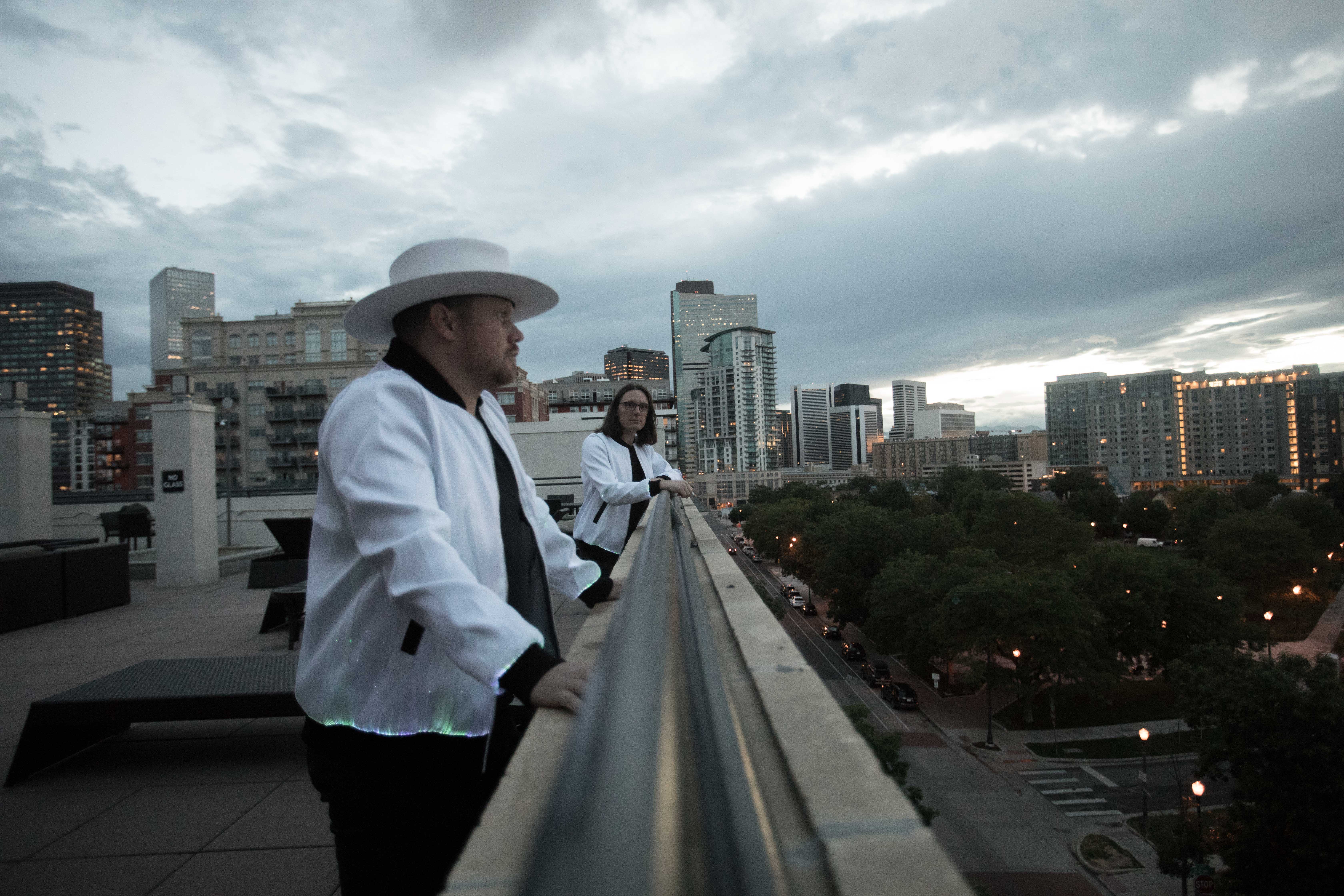 303: What’s the most exciting thing about these next couple shows and this new era for you guys?

NR: For me, its to show everyone the hard work and to be out there face to face with the audience. The last time we played in Denver was last October at the Fillmore, so this is our first show since then. And you know, the creative process, writing and recording, and all that stuff are why we do it, but to also be face to face with the audience, that’s why we specifically chose a place like Lost Lake. We wanted something really intimate where we could be very close with our fans and be able to celebrate all the work stuff that’s gotten us to this point.