Little more than two weeks ago, a mysterious retail space opened up on Larimer Street, in between Rocketspace and Larimer Lounge. The all-white facade topped with an infinity symbol with eyes peering through its circular openings isn’t your average tenant. The pop-up shop — decidedly called Foreign Form — is retail through the vision of an art gallery and community space. Offering everything from high-fashion jackets to jewelry and wooden masks and figurines, Foreign Form was created by a group of friends who share the common goal of making retail a uniquely immersive experience. It taps into artistic talent and curates an image not typically seen in the city, making the storefront a rare albeit temporary, treat. 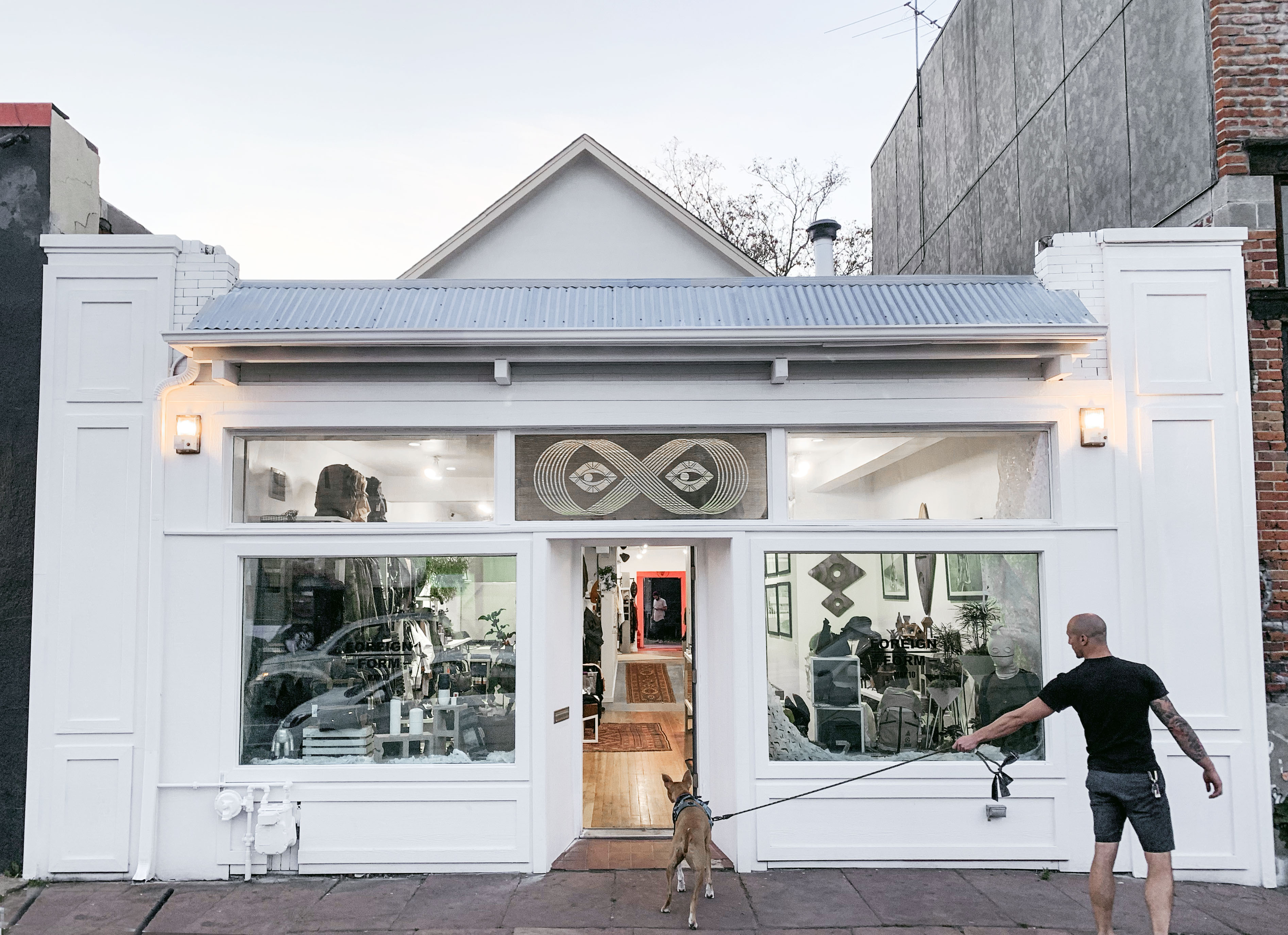 In 2011, co-owners and Denver natives, Mike Delaney and Sammy Steen, created their first clothing brand — ROAM — in Breckenridge, Colorado. Shortly after the label’s conception, the two entrepreneurs moved operations from the mountains to a free warehouse on a gradient rent schedule in what would soon become RiNo to better facilitate its production. Having the time and resources with the warehouse to include more creatives in production and honing their respective crafts, Delaney and Steen reached out to as many friends as the could who’d potentially be interested in working together.

“We started to house artists, photographers, tattoo artists and web developers with a space in there. We had our studio, and we were doing all kinds of parties and raves — we wanted it to be a place where people had freedom of expression,” said Steen, in regards to their days in the warehouse.

Fast forward to 2012, and both Delaney and Steen were spending far more time in Bali — where ROAM was manufactured — alongside many of the artists and designers that they currently feature in Foreign Form. With the atmosphere and access to so many creatives across a variety of disciplines, the two co-owners came up with the idea of a marketplace held once a month featuring their favorite artists and designers and have the event encompass music, art and fashion, all under one roof — they went on to call it BLK MKT. The two friends, later on, joined by photographer Jason Siegel as the third co-owner, conceived Foreign Form. Built on a whim all within three weeks, the storefront crash-landed in RiNo with a statement to make. 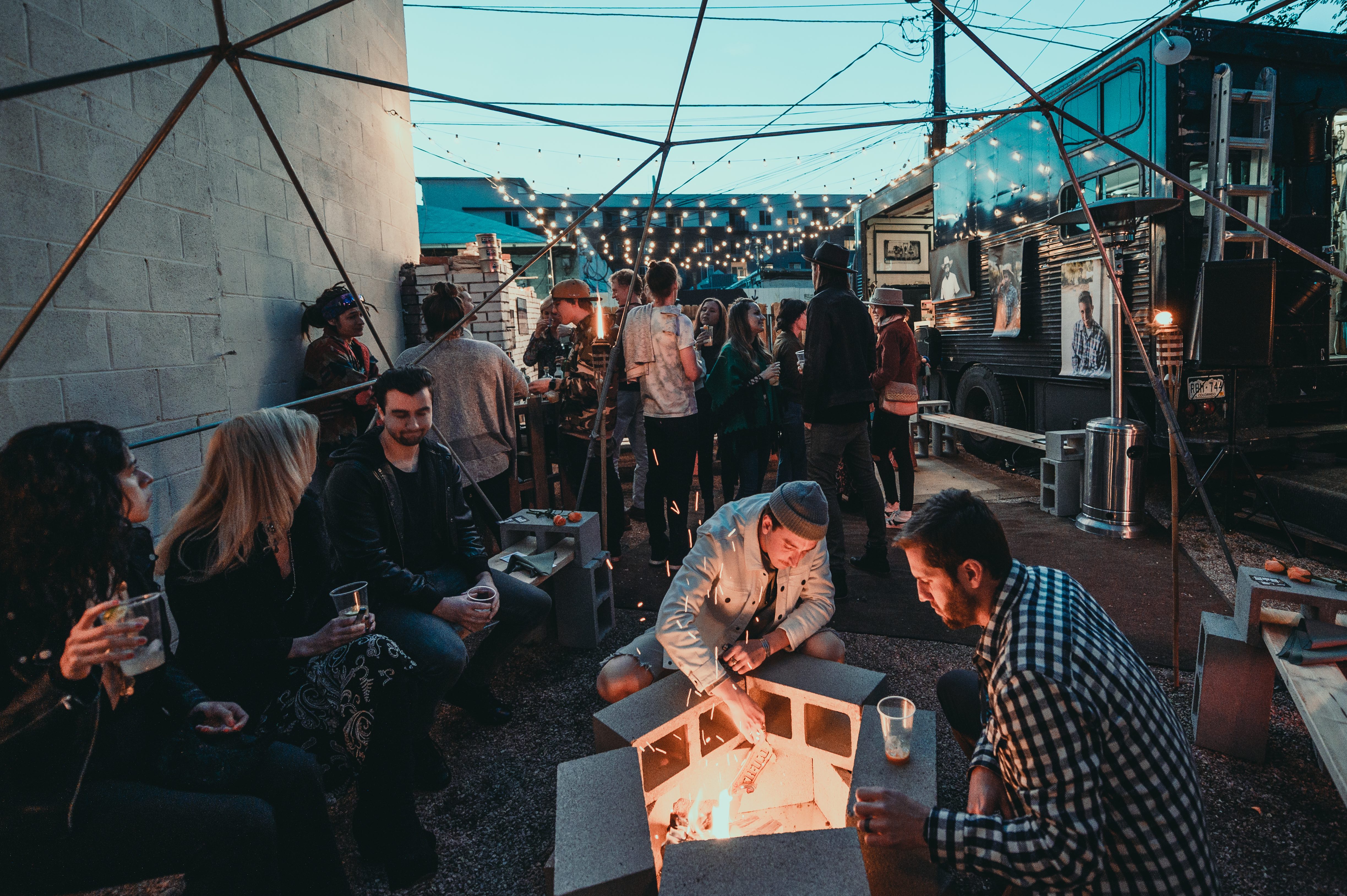 The concept behind the present day Foreign Form is, as Steen claimed, “to pay homage to the Denver community and try to put our flag out in a neighborhood that we love and respect and try to ensure that this can stay an arts district and not turn into a developer’s playground while using the moniker of an arts district.” Steen also hopes that more businesses latch on to Foreign Form’s mission and recognize that people are willing to support creativity and culture if it’s allowed to thrive.

In pursuing their mission, the men behind Foreign Form recognize that the typical retail experience is outdated and for lack of a better word, outright sucks. To combat that, Foreign Form isn’t simply a retail location, it is a community space bursting with surprises and a conglomerate of followers who simply want to be in the presence of other creatives. To date, the shop has held backyard DJ sets from the likes of Win + Woo and JackLNDN and hosted a dinner series entitled Foreign Flavors, led by chef Sandoval Cruz, amongst other events. The underlying theme of it all, however, is the platform to be amongst friends, new and old, and celebrate the family affair that is being creative in Denver. All the events Foreign Form puts on are by people whom they’ve had existing connections and those whose art is different and something they believe on a personal level that they want to support.

In an arts district like RiNo, a little support goes a long way. Shops like Foreign Form keep the creativity and the creative at the forefront, making for more than a store, but an experience that pushes Denver and the concept of retail further.

Foreign Form is located at 2715 Larimer St., Denver, and open daily from 11 a.m. to 9 p.m. Foreign Form is a pop-up, so it won’t be around long. An end date hasn’t been announced, but this article will be updated accordingly.