Taking Back Sunday took the stage at the Summit on Wednesday night, rounding out a two-night celebration of the 20th anniversary of the band. After 20 years, the band still has an impressively devoted following — one that sold out both shows. The tour follows the release of the band’s most recent album, Twenty — a 16-track collection of old favorites that was released earlier this year. Most of the U.S. shows are a double-feature, providing fans two back-to-back nights of shows. Is there any better way to celebrate a 20th birthday than with two nights of partying with fans?

The Maine kicked off the night. Their fun energy was the perfect start to get the crowd excited for Taking Back Sunday. As the Arizona band took the stage, frontman John O’Callaghan announced to the audience that “Our band is called The 1975,” before immediately launching into their first song. O’Callaghan’s performance was lively, and he took plenty of opportunities to interact with fans in the crowd. However, despite The Maine’s high energy performance, the majority of the crowd took a while to warm up. 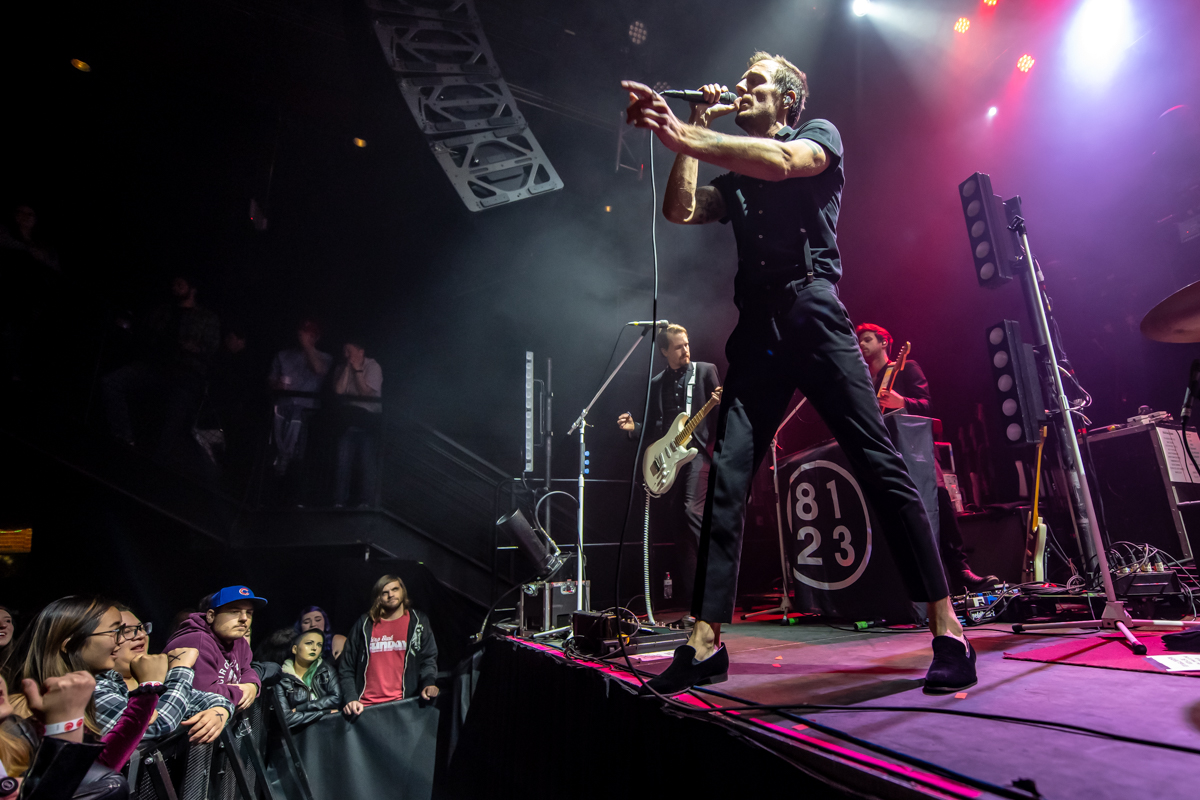 Midway through the set, O’Callaghan again introduced the band, this time telling fans “our band is called Dan + Shay.” He then launched into the next song, “Numb Without You,” telling the audience to sing along. After a verse he addressed the crowd again, saying “It’s alright if you don’t know it! Act like you do!” O’Callaghan did a phenomenal job interacting with the audience. He even pulled one fan on stage saying “I looked at you and I knew I needed you from the start.” The fan danced alongside O’Callaghan and the rest of the band, and helped sing the final verses of “Girls Do What They Want.”

When Taking Back Sunday took the stage, the audience was immediately washed in waves of nostalgia as the band launched into some of their early hits. However, the audience didn’t truly start to move until the band played a fan favorite, “Cute Without the E (Cut From the Team).” As soon as the first notes hit, fans quickly began to push their way to the front — that’s when the party truly started. 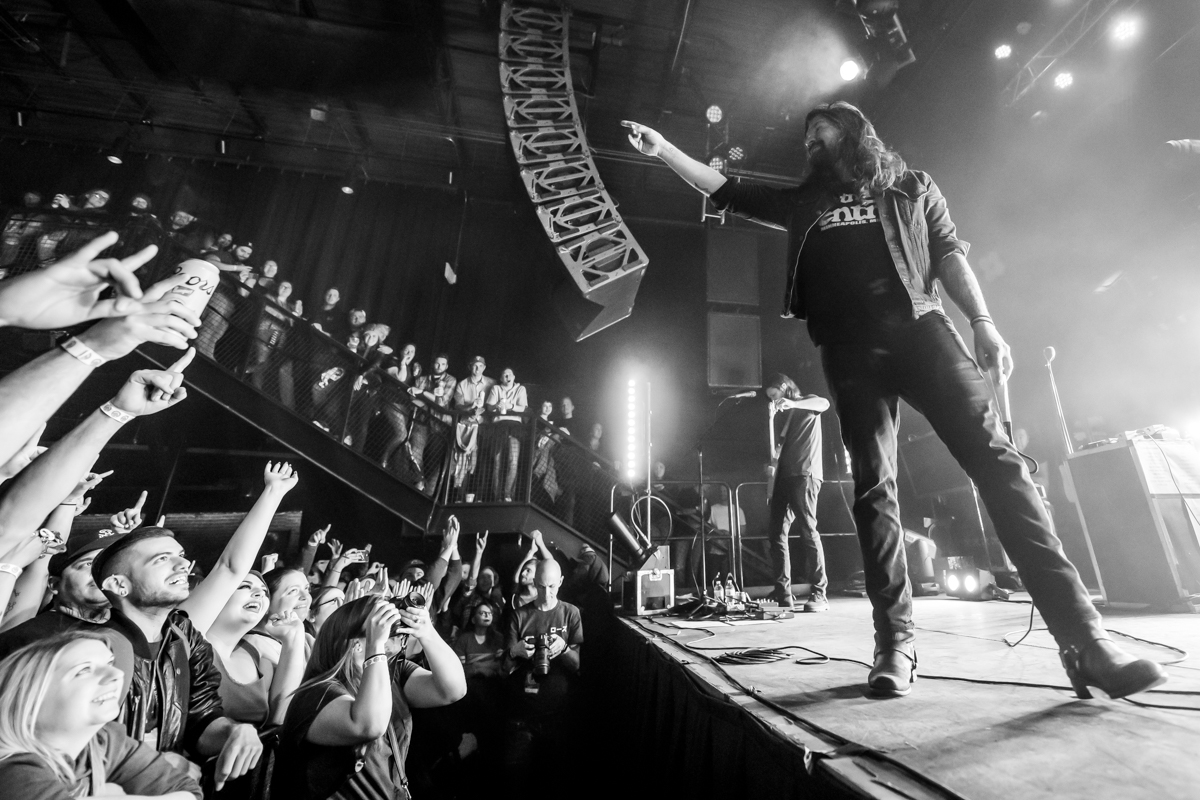 The first half of the show consisted of Taking Back Sunday playing their first album, Tell All Your Friends, in it’s entirety. Once they finished the album, vocalist Adam Lazzara addressed the audience. “2019 marks 20 years that we have been a band,” Lazzara announced to applause, “20 years we should celebrate!” He then went on to discuss how grateful the entire band is for their fans support throughout the years. He also took time to explain to the crowd that they had made a special coin for this tour. Before every show, they flip the coin to determine which album they’ll be playing for the second half. Fortunately for fans in Denver, the two nights of shows guaranteed that fans with tickets to both shows got to see both versions of the show.

Many of the fans in attendance appeared to be true fans, singing along to nearly every song — not surprisingly, about half the audience attended both shows, allowing them to hear all three albums in their entirety. Tuesday night, the band played their sophomore album Where You Want to Be, leaving Louder Now for Wednesday night. After playing the third track from the album, “Make Damn Sure,” Lazzara took a break from the music to talk to the audience. There were plenty of these breaks throughout the evening. Lazzara used these pauses to tell the audience the stories behind the songs — after 20 years of making music, there were plenty of stories to be told. 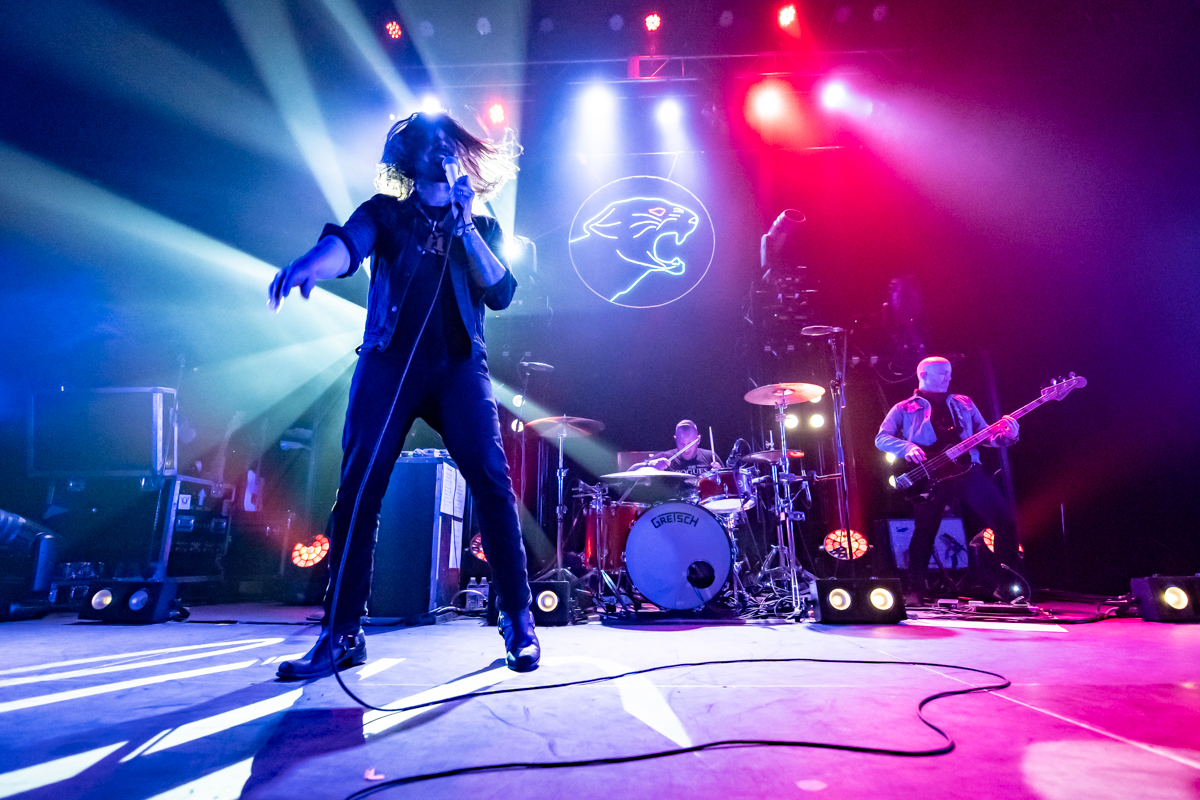 Towards the end of the evening, Lazzara brought his harmonica and acoustic guitar out to the front. From the first few chords, it was clear that Lazzara would be playing the song that everyone requests at every show, “Free Bird.” He only got through the first verse before laughing and telling the crowd about his Alabama upbringing. He then discussed the recording process of the next song, “Divine Intervention.”

After playing two full albums, plus quite a few extra songs, the evening came to a close. The band closed out their set with “A Decade Under the Influence,” a track from their sophomore album. Maybe it was the nostalgia, maybe it was the lively and charismatic performance the band put on. But by the end of the evening, one thing became abundantly clear — Taking Back Sunday is far more than a passing phase. They’re a band with staying power. For those of us who grew up listening to their music, Taking Back Sunday will always hold a special place in our hearts.