While it’s not always the most popular topic, Denver’s country music scene is alive and well. Don’t believe us? All you have to do is take a trip down to the Grizzly Rose to see just how popular country music is among Denver residents. However, for those who do know about the under-reported popularity of country music within the local scene, Levi Hummon might be a familiar name. Following an appearance at the Grand Ole Opry, Hummon is hitting the road alongside Hunter Hayes — a tour which will stop in Denver on May 17. We got a chance to catch up with the rising country star before he makes his way to Denver and trust us, this is one show you won’t want to miss.

303: You just played with Hunter Hayes at the Grand Ole Opry, and now you’re touring with him, including one stop in Denver. Are you excited?

Levi Hummon: I’ve played Denver once, I played the Grizzly Rose — I love Denver. I just remember the last time I was there I had to drink a lot of water because every beer counts for about five.

303: Yeah, the elevation here can certainly get to you.

LH: We’re excited though because Hunter is a really good friend of mine. We released an EP I think the end of October, early November last year. My agent sent it over to Hunter Hayes and was like, “Hey, do you want this guy to open up for you?” Hunter reached out to me and said “absolutely, I love the new music. Dude we have to get on the road together.” And then last month we were announcing the tour together and he was like “Hey Levi, do you want to come on stage with me and play at the Opry while we announce the tour?” We played the Opry together and it was honestly one of the funnest nights of my entire career. 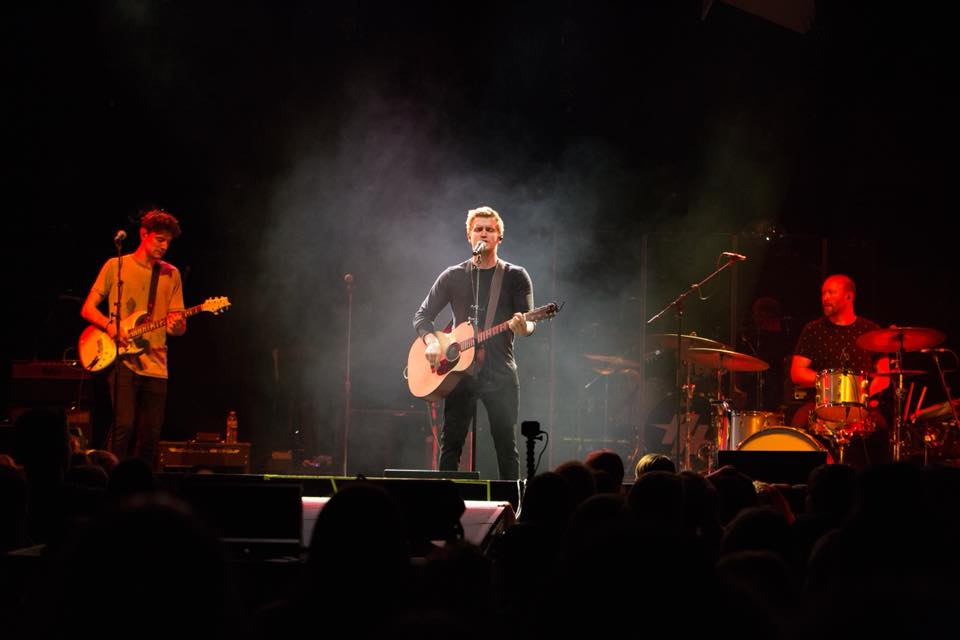 303: We may have jumped a little ahead of ourselves. For those who aren’t familiar with your music, can you talk a little bit about how you got into music?

LH: I’m from Nashville, born and raised. My dad’s a songwriter, he wrote songs like “Bless the Broken Road,” “Cowboy Take Me Away,” and a few others. So, I was inherently in love with country music and got to meet all these amazing stars growing up, but I never really thought of it as my craft. I always thought of it as, you know — I was actually a painter and I played guitar a little bit here and there. But my sophomore year of college I basically fell in love with songwriting as a craft. Then I realized I was telling stories but they weren’t really my stories and I felt like the most genuine thing I could possibly do was go out there and sing them to fans and actually be in front of people and be on stage and actually sing these songs and it felt really genuine and it felt really honest. So, I continued to do it.

303: You just mentioned your dad, who has won a Grammy, but I know that your mom was also named CNN’s “Hero of the Year. ” What is it like to grow up with those kinds of role models?

LH: There’s a lot of pressure. But it is awesome having them as role models. Especially, you know, my dad is amazing. And with music — it’s been so incredible to have him as a support and as a creative friend. But my mom, having her organization, called Thistle Farms — which helps women with a history of drug abuse and prostitution get off the streets and supports them — has been really kind of a unique platform for me and something that I look at as just a blessing to witness the power of love and healing actually work. And actually know – sometimes as an artist, you’re looking for “why am I doing this? What is the point of all this?” For me, it’s like, I can see when I’m singing and bringing happiness to these women and when I’m representing them well then it’s truly worth it. Everything about it is worth it.

303: With your dad already being a successful songwriter, do you ever look to him to help you write your music?

LH: At the beginning, he was definitely very helpful. I remember – a big thing here in Nashville is co-writing. It’s where two writers, or however many writers, sit together in a room and create together and just write a song. So in the beginning, he was kind of my first co-writer and he really helped me out. And it’s funny because as I’ve grown older it’s become less of a mentorship and now we get to actually play each other songs and talk.

303: I know you grew up in Nashville, which is an incredible place to be for anyone who loves music, but with so many people trying to make it in the industry I’m sure it can be a competitive place to get started.  What was it like to be part of that scene?

LH: Well, for me, it’s my hometown — so, I kind of see it like that sometimes. It’s just where I grew up. And so, there are two different sides to it. There’s definitely – you can feel it, there’s just so much talent here, and so many incredible artists and songwriters. You can either view it as competitive but I think of it as you know, you just — when there’s a lot of talent and great players and great songwriters it just makes you that much better because there’s not room for averageness or anything like that. It all has to be great in order to stand out. It’s a great filter for people honestly. It’s a great way to figure out what you love, and what you care about and how much you love music. For me, it’s pushed me a lot as an artist.

303: Speaking of things you love, country music tends to be a love-it or hate-it kind of thing for most people.  What drew you to the genre?

LH: I think, to me, country music is kind of the last singer-songwriting genre. I think that I’m really drawn to the singer-songwriter aspect of it. Also, the idea that you’re telling a story through lyrics but also it can be really deep or it can just be fun. There are so many sides of it. The truth of the matter is that behind all these amazing songs are songwriters. I feel like deep down that’s what I am — I’m a songwriter. I think country is just a fun genre. I think it’s funny right now — because it is a love or hate thing — but at the same time it’s like every band is — granted you’ve got Maren Morris on a Zedd song, you have Kelsea Ballerini on a Chainsmokers song, you have “Body Like A Backroad” turning into a bigass pop hit. You have “Tequila” popping up from Dan + Shay. But you also have things like Chris Stapleton that’s super traditional and real and very very country.  I think there’s just a lot of room for a lot of people to fit in the genre. 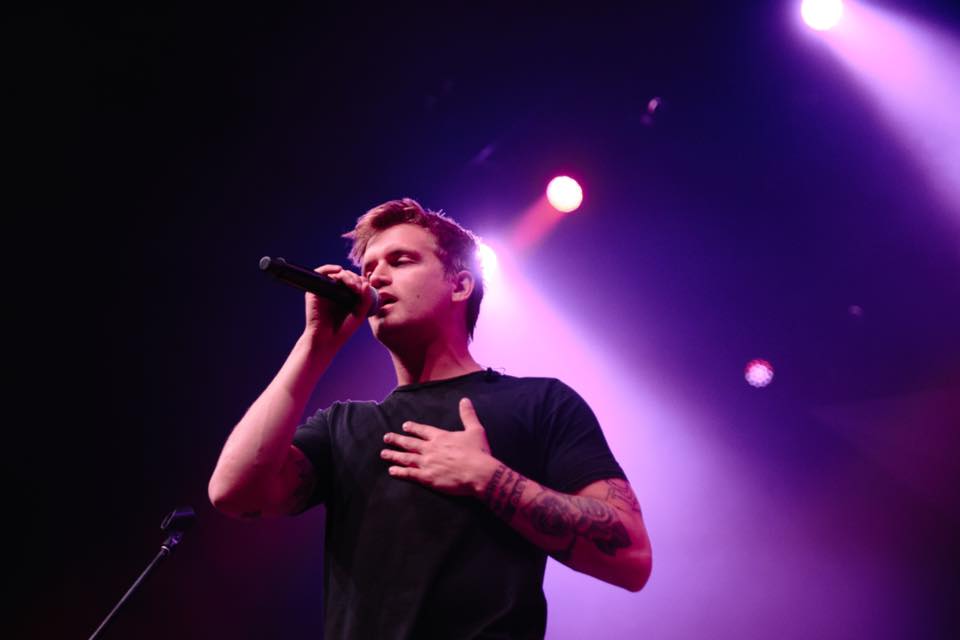 303: Your most recent EP, Patient, has done incredibly well on streaming platforms. Can you talk to me a little bit about the inspiration behind that EP?

LH: The EP itself is kind of the top songs that were in my live set the past two years. I thought it was cool to call it Patient because I’ve been patiently creating it and kind of behind the scenes, behind closed doors, writing this music. I really feel like this sound that I’m creating right now is the most authentic version of myself. Yes it’s poppy, but it also comes from a place of — you know, I grew up in country music. I grew up with a lot of different influences in music. So, I try to showcase that through this EP. Really what I wanted the EP to be is a foundation for new music to come out. I really wanted there to be a sound — like a Levi Hummon sound that people can relate to. So as we continue to grow and continue to expand and release new music, people know where it’s coming from.

303: What are some things you’re looking forward to about this tour with Hunter Hayes?

LH: I’m a travel freak. My dad and my family kind of gave me this bug for traveling. I love going out and seeing people beyond the city here. Just getting out to see different cities and meet different people. And just experience what it’s like out there. And lately, honestly, I’ve just been like a crazy foodie. So, I’m absolutely obsessed with trying different foods in different cities. So that’s been my absolute favorite part of touring, to be honest. What I’m most excited about with touring with Hunter is that I think that this is going to be one of the most special shows that I’ve ever been a part of. I think that me and Hunter share a similar fan base. He’s obviously been around a little bit longer, but we have a lot of stuff in common and a lot of musical similarities. I’m just excited to be on the same stage as him and sharing a night of music. I think it’s going to be just a really, really special night of music.

Levi Hummon will take the stage alongside Hunter Hayes at the Ogden on May 17. Tickets are available here.