It’s not often that a high school student goes from serving Big Mac’s to being featured on Taylor Swift’s favorite songs playlist on Spotify. However, just because it’s rare, doesn’t mean that it’s impossible. In fact, that’s exactly what happened for Carlie Hanson. The young pop artist recently left her small hometown in Wisconsin to pursue her music career — and based on her success, it was a good choice. She’s amassed more than 30 million streams across various streaming platforms and toured with artists like Troye Sivan and Yungblud. She’s on tour again right now, this time with Bad Suns, and will make an appearance here in Denver on May 2. We caught up with Hanson to discuss her quick rise to fame, her love of One Direction and of course, McDonald’s.

303 Magazine: Can you talk a little bit about how you got into the music business for those who aren’t familiar with your music?

Carlie Hanson: How I really got to where I am right now is from posting this cover on Instagram. It was like 2016. I saw that iHeart Radio was hosting this contest where if you posted a cover of Zayn Malik’s song  “Pillow Talk” you could get a chance to see him in concert. And I’m like the biggest One Direction fan. So I was like “Fuck yeah, I have to do this. I have to post this cover.” So I posted a cover — just like really quick in my friend’s car.  And then a couple of days later iHeart Radio ended up reposting the cover on their Instagram, and the obviously have a shit ton more followers than I did. And, that got me a little bit more buzz and these producers ended up seeing it. And we got in touch and long story short me and my mom went to Canada where the producers were based and I ended up making a handful of songs with them and basically found my sound with them.  House of Wolves is the producer’s name. So that’s basically how I got started making music. But the funniest part is that I didn’t even win that fucking contest. I didn’t even get to see Zayn in concert. But it’s fine because I won in other ways. 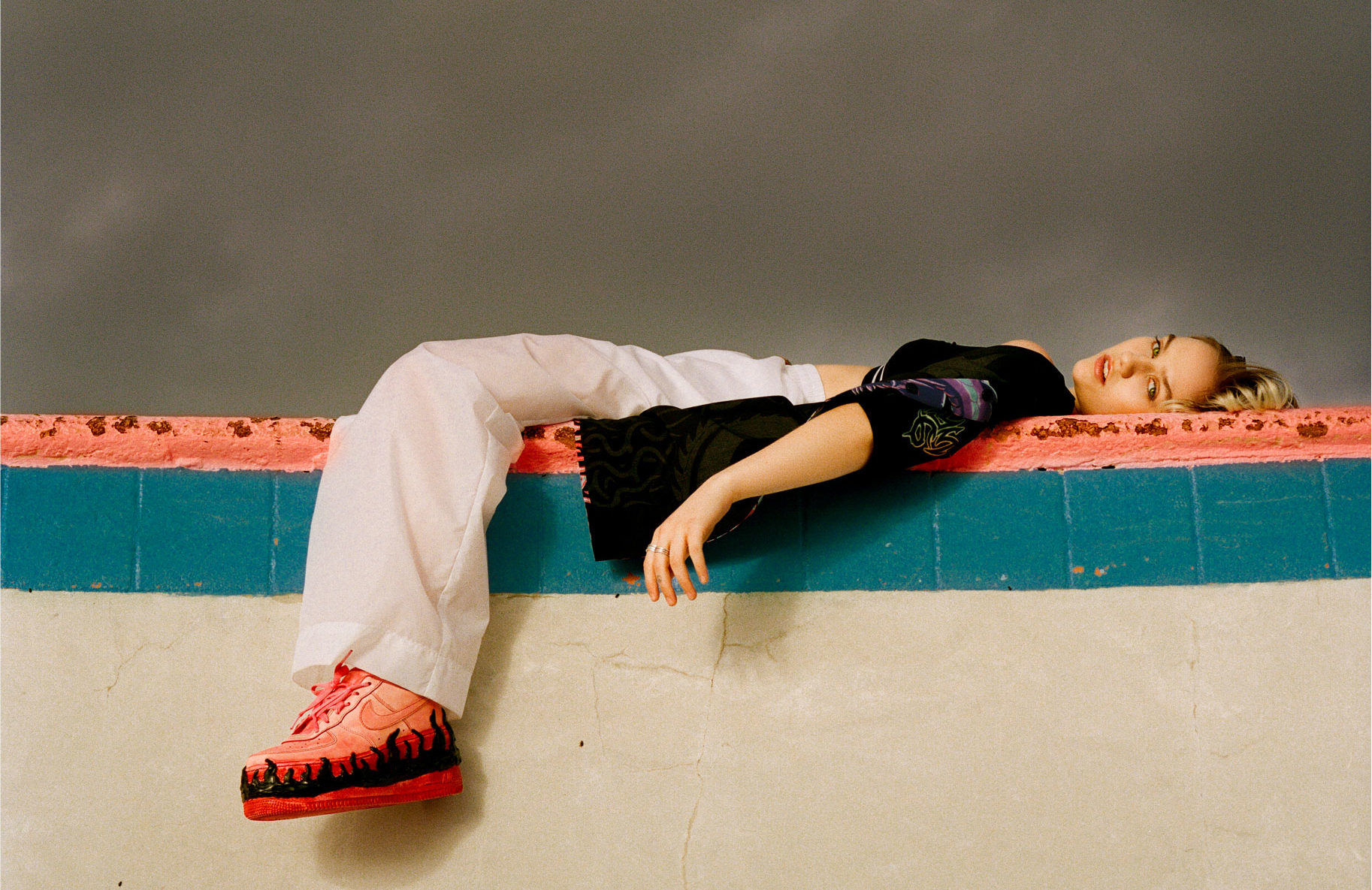 303: I know that you’ve been a big fan of pop music and that Justin Bieber was a huge inspiration for you.  Who are some of the artists that are inspiring you right now?

CH: Honestly — I’m going to be honest with you.  I haven’t been listening to a lot of music. I’ve just been constantly like sleeping in this van and writing. Sometimes I get to a point where music is  — I’m surrounded by music every day and sometimes I just can’t listen to it. But the days I have been lately, it’s been Khalid, 6lack — a rapper 6lack, I’ve just been playing him on repeat, and Incubus. Actually, the band Incubus I’ve been listening to a lot lately.

303: You’ve talked a lot in the past about your first job being a cashier at McDonald’s. What’s it like to go from working in fast food to opening for Troye Sivan and being featured on Taylor Swift’s favorites playlist?

CH: Obviously, it’s a huge change. There’s really no words I have to explain it.  I was in high school, working at McDonald’s, taking people’s orders, droppin’ the fries in the fuckin vat, fuckin – I don’t know, it’s really fuckin weird.  If I think too much about it it makes me feel loopy. I don’t know. I worked there for a year, and then after graduating from high school — I graduated early. So I moved to LA when I was 17, and I went from living with my mom, and my sisters and my dad and my dogs and everybody, to going to a studio apartment in LA living alone. So, it was a pretty big change, but yeah.  Opening for Troye [Sivan], and Yungblud and Jeremy Zucker, those were very surreal moments for me. But this is what I’ve wanted since I was very very young, so I don’t know. I don’t take it for granted any day.

303: It seems as though there’s a trend among Gen Z artists like Troye Sivan and Billie Eilish to bend genre boundaries and discuss really serious topics lyrically. What are your thoughts on that?

CH: You know, I think it really has a lot to do with social media and how much access we have to so much information. Like, I remember talking to my mom about this.  My mom did not pay attention to anything political when she was young — obviously until she got a little bit older. But like, Donald Trump is fucking tweeting every five minutes of the day. You know, everything – we have so much access, to like too much information I think.  And I think, you know with Instagram models and like — I don’t’ know, there’s just so much out there and it really is what this whole generation is about now. We can’t not talk about it. I feel like people – the whole thing about people faking what their lives are like by posting pictures on Instagram but that’s really not what their lives are like, there’s so much to it.  I don’t really – I’m living it. I’m just as confused as everybody else. It’s really a crazy time. Billie Eilish is a great example of somebody who is just stepping out of the box and really just doing what she wants. And Yungblud and Troye, we’re all very young and we have so much to say and I think it’s a really great time to be where I am right now — to be a part of everything that’s going on.

303: Recently, you’ve been very open about your sexuality.  Can you talk to me about your decision to make that part of your life public and what it’s meant for you?

CH: It’s been very refreshing.  I feel like there’s nothing — this is going to sound so stupid but I feel so alive, you know? Nobody can really touch me now, there’s nothing I can’t say to anybody now.  It was a really great thing for me to do that because I just feel so much better about myself. I’m still trying to figure everything out. It’s weird. I’m growing with these people, I’m still trying to figure myself out. But I think to try to be as open and as honest as you possibly can — even if you don’t know what you’re going through I think you should try to explain it to somebody else and try to talk it out with people because it really does help.  Because being in your own head and not talking to anybody about it for a long time can really mess you up. Like we were just saying, this generation is more open about certain things that people usually wouldn’t be open about. I think you really should just take the chance to talk about your feelings as much as you can cause it really helps. It really really does help. 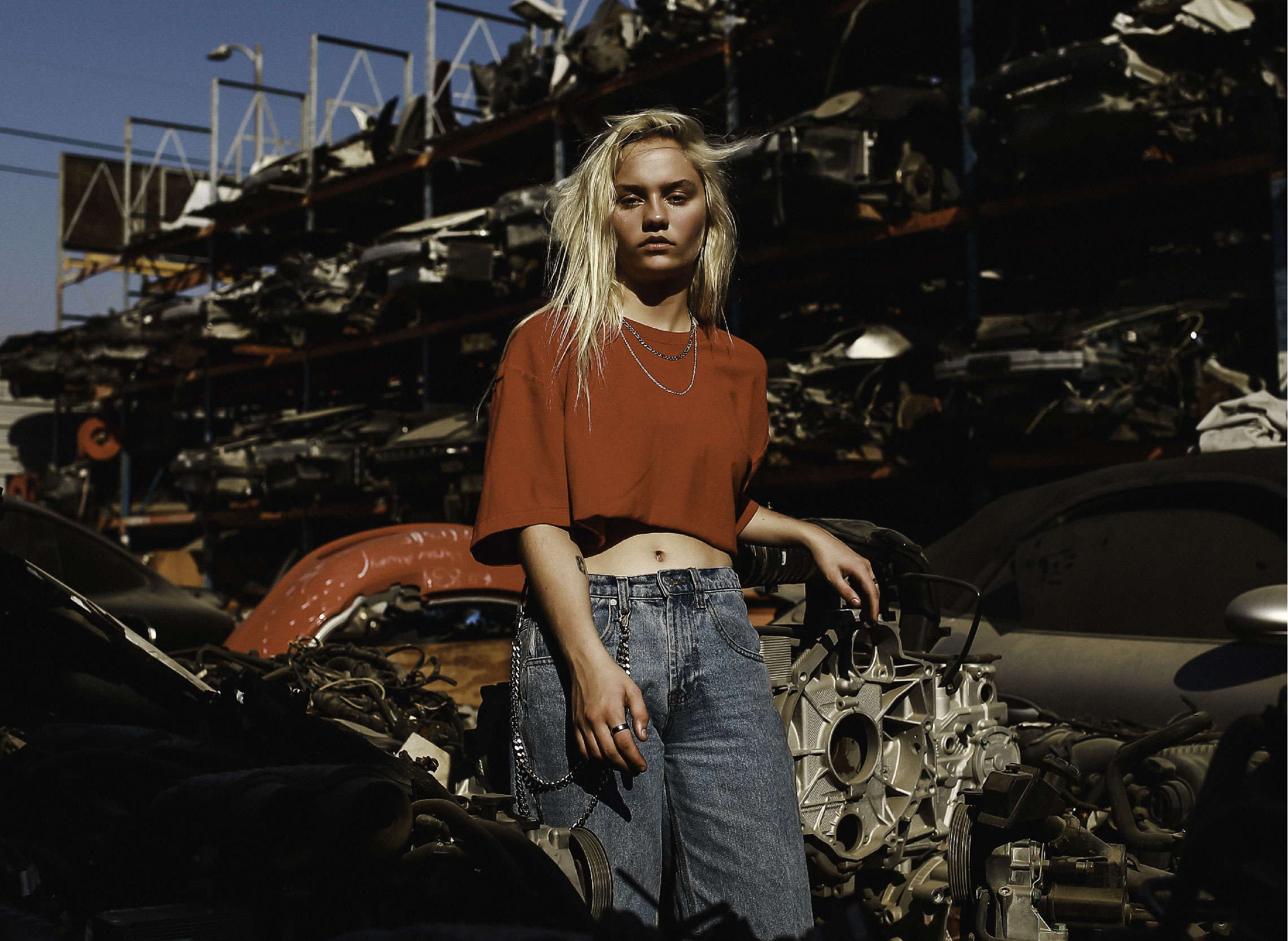 303: In the past, people have commented on your choice to not do features on other artists tracks’ as a sign that you aren’t trying to please anyone. What is your reaction to that?

CH: Honestly, I don’t want to get put into a category. I just want to be able — especially early on when I was doing this, I was independent before I signed with Warner. I just want to show people that I can do this by myself, and I don’t need a big collaboration with you know, I don’t know, like The Chainsmokers or somebody — I don’t know, just throwing somebody out there. I don’t need somebody like that to lift me up and put me out there for one hit and then I disappear. I want to show people that I am making all of this music, there are so many different sides of me and I am going to be here for a long time. That’s what I was trying to show by doing that.

303: If you were to do a feature or a collaboration, who would you want to do that with?

CH: Justin Bieber.  Didn’t even have to finish the question honestly. Justin Bieber all the way.  He’s my dream. But — I don’t even need to be on a track with him — but I just want to be in the same room with Frank Ocean to see how his mind works. He is just — I don’t even know how to explain him. He is just a musical genius to me. So I would love to work with him too.

Carlie Hanson will take stage along with Bad Suns at the Summit on May 2. Tickets are available here.