For a story known for its playful antics, larger-than-life characterization and seemingly impossible adventures, Alice in Wonderland is the perfect fit for the local performance group MOTH Poetic Circus to showcase their own adaptation. MOTH, which stands for Movement of the Heart, is a Denver-based professional circus company that highlights various acts such as aerialists, contortionists, jugglers and more from all age groups. On March 29 from 7:30 to 10:30 p.m. at the Ellie Caulkins Opera House, MOTH Poetic Circus is set to perform Alice in Wonderland: A Circus Adventure with a host of international and nationally recognized performers. We joined MOTH Poetic Circus during one of their rehearsal days to peek down the rabbit hole and gain some insight on what the audience can expect from this one-night-only performance.

303 Magazine: What’s new with this performance from both MOTH Circus and the Alice and Wonderland story?

Paula Kidwell (Professional Training Director of MOTH, performer): Our out of town cast is just phenomenal. The fact that we’re bringing people from Cirque du Soleil and all over the world — I’m personally so excited to be on stage with this phenomenal cast. I’m going to have to be careful not to be star struck when I’m up there. It’s going to be a different level from local circus performances we’ve had. We’ve been working on a few acts but really this [rehearsal] is when the magic is going to happen so we’re really creating in these two weeks and that process being really organic is very exciting. Having these world-class performers come in is something that I think just gives it a different element — something that’s really magical and special.

Chloe Somers Wall (Alice): There are so many different types of performers. The all-original music is very contemporary — kind of hip, kind of edgy — but still very beautiful at the same time. The set is crazy. It really takes a lot of the poetry in circus and dance and really puts a lot of things together to make something fresh. 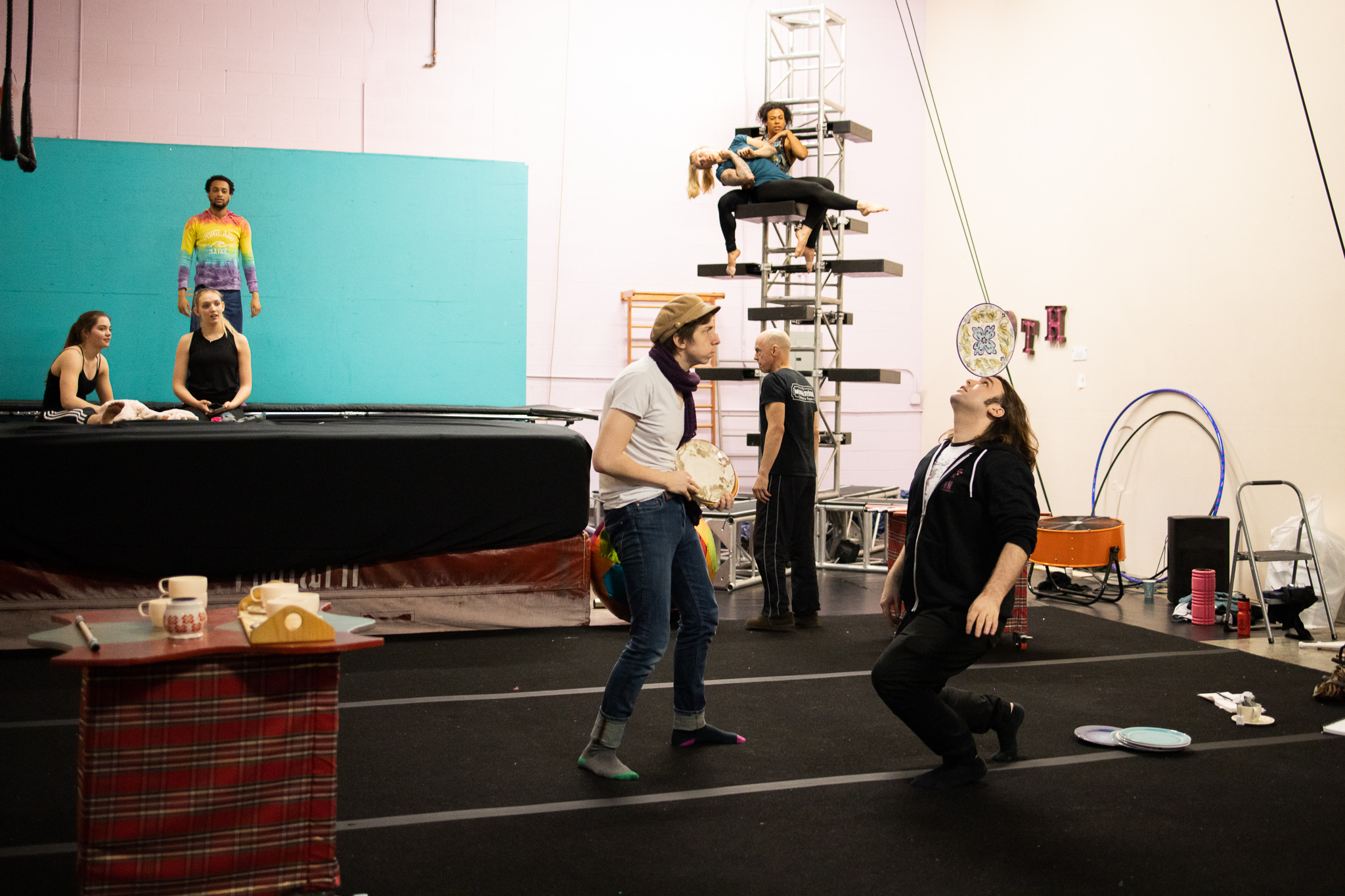 Mario Diamond (Mime and performance coach): After 43 years on the stage, I would say the link between the performers is super strong. We don’t see that often. With big productions, there’s always a couple of divas, some people that don’t get along, but there’s something magical here. When we do the process, it’s fun. When we do the rehearsal, it’s fun. When we play, it’s fun. It’s always about fun. There’s always someone ready to help, ready to work and make it better. There’s something very special about here. That’s what the mother’s (Deena) energy brings.

CSW: There’s six of us who are flown in who came in early, we’re getting all this time to have meals together, to rehearse, and to really get to know each other. It’s really cool to get to know somebody well before you have to go on stage.

Benjamin Domask (Mad Hatter): The generational span is huge — not all the performers are professional adults. It involves community students, children, and professionals. It’s an incubation and example of a community working towards giving to the audience and giving to each other. 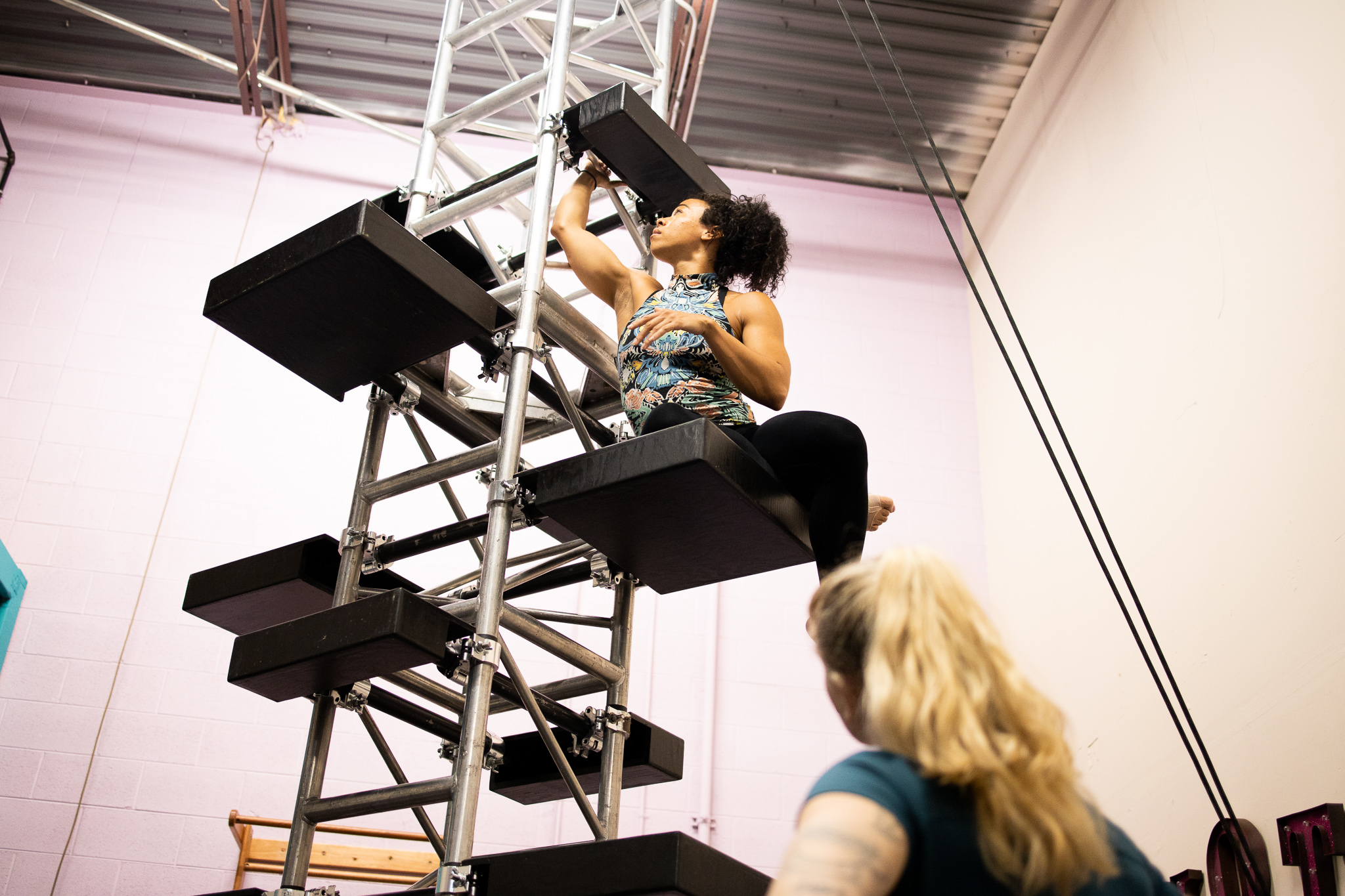 303: Directing six decades of performers from various countries is quite an impressive feat. What are some surprises or unique adaptations we can expect for the show?

Jonas Whalen (Performer): Things coming from places you don’t expect! Characters doing multiple disciplines that you are surprised they can do with so much skill. Lots of cross-discipline stuff with this show — with this cast especially.

PK: We’ve had four or five different designers working on different aspects of the costumes. We had a very few very special custom pieces made that you’ll see on some of our performers flying through the air. There’s going to be a lot of movement and a lot of texture, which is something that’s very exciting that people should enjoy.

MD: It’s an all-new way to see Alice [in Wonderland]. Everything that is in Alice will still be there — we did not invent or kill anything from the original — it’s just in a circus way. Instead of seeing Alice on the stage in a theater — now you’re seeing Alice with circus people. The door mouse might be different, like up in the air. It’s the same story, but you will see it differently, from a different angle.

CSW: We’ll be using wine bottles in the tea party, I don’t think that’s normally the tradition! The spirit is bright and present and very human, and also very not human too in so many ways. 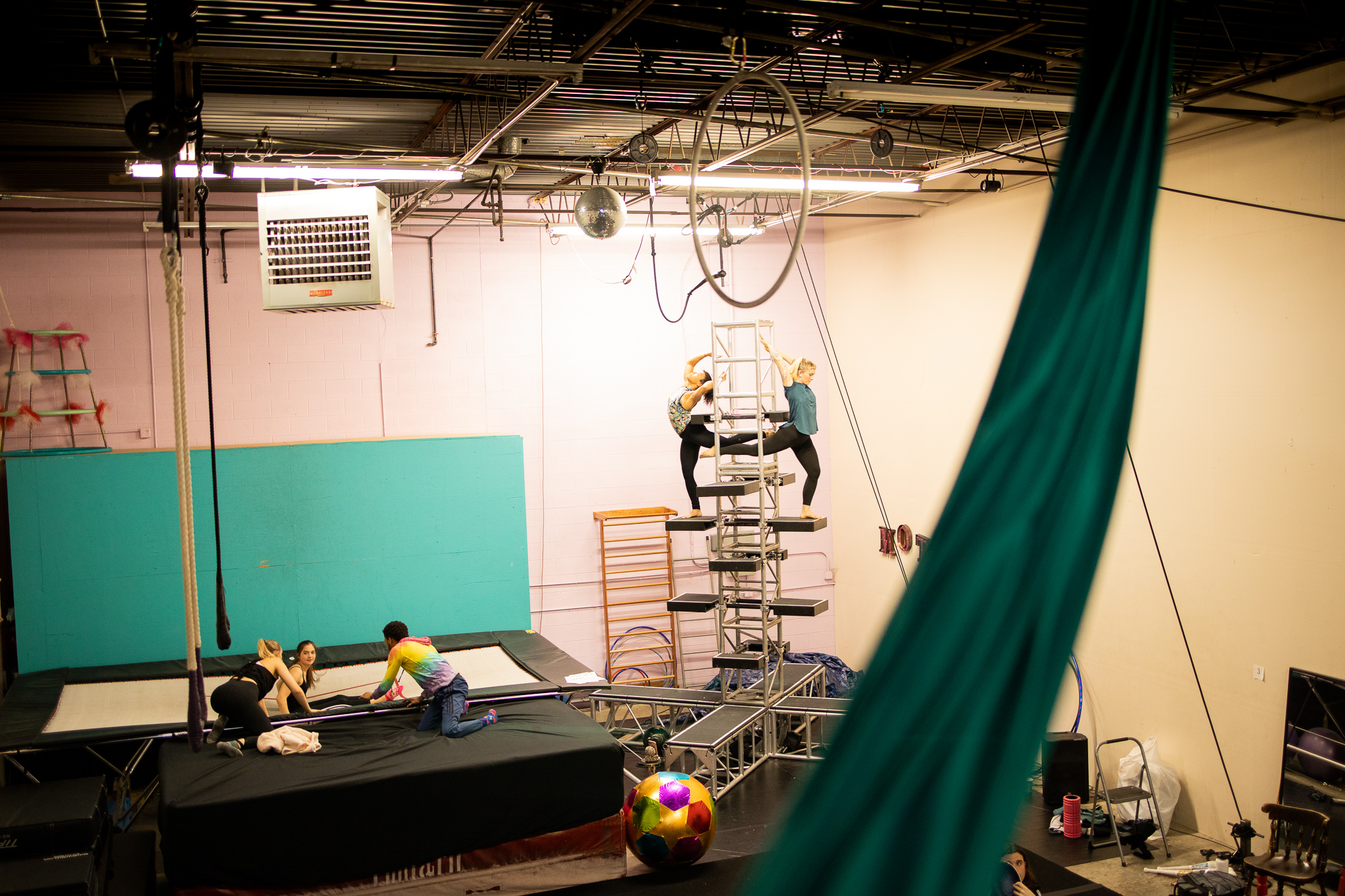 JW: This show is the essence of entertainment. It is universally entertaining for so many different types of people and so many walks of life.

BD: Come and enjoy live, engaging entertainment that you do not get to experience by watching Netflix.