Chef, Single Mother and Restaurant Owner Linda Hampsten Fox is A Force to Be Reckoned With

“…I’m extremely persistent about the idea that everything needs to be perfect. It’s an ongoing living goal. It’s never an end game,” stated Linda Hampsten Fox, chef and owner of The Bindery.  And if you’ve had the chance to dine at her esteemed eatery in the LoHi neighborhood, you know that this standard of excellence is more than words.

Denver’s culinary scene is riddled with talented individuals from all corners of the world and like Hampsten Fox, they all likely have a passion for their craft that drives them to aim for perfection in each dish. That being said, there’s something about this seasoned chef that sets her apart from the culinary crowd — and the people that she’s worked for are just the tip of the iceberg.

“Jane’s Amazing,” stated Hampsten Fox as she described her time cooking for Dr. Jane Goodall. “She’s an incredible woman that I was fortunate enough to meet and participate and cook for her privately … and support her philosophy around food… she’s such a spokeswoman for the entire earth, not just apes and gorillas in Africa. She’s a humanitarian… I mean, talk about a female leader.”

“… I had a lot of hard choices to make … ” explained Hampsten Fox when asked about how she balances motherhood and career. “I never said no to work but I had to work late hours when Emma was asleep or while she was at school and organize things so that I could work and continue to be there when she had a volleyball game or an afterschool activity. It’s a bit of a balancing act.”

If you walked into The Bindery today, you’d likely notice the elegance of the space. That, coupled with the piles of fresh pastries, bustling energy and magnificent wine wall, it makes a great first impression. What you wouldn’t see, however, are the little steps taken over a lifetime that Hampsten Fox took to make this dream a reality. From humble roots, she slowly but surely put the hard work in to build a beloved eatery.

“My mom and my father [were] both from poor immigrant families. My Dad’s family is from Poland and my moms from Czechoslovakia,” explained Hampsten Fox. “My dad came over to Ellis Island, I don’t know exactly what year, but my dad was the youngest of a very large family. There were nine children and then my mom was the oldest of seven, so very humble roots and a very hard working family, but so joyous. I just feel like I had the most amazing family and family life experience growing up that really did center around celebration, family and food.”

From those humble roots, Hampsten Fox went on to travel the world — cooking, eating, learning and exploring. From five years in Switzerland to cooking in Italy, France and even founding a cooking school in Mexico, she learned to blend flavors and ingredients and most importantly, she learned balance. That balance shows in dishes like wild boar with dark cocoa and mint — and her ability to craft a delicious dish is nothing short of a magic act. Now, after years of anticipation, she’s finally putting all of those dishes onto paper in the form of a cookbook.

“… As I moved through the world, that collection [of recipes] got bigger and bigger and new recipes would come in unusual places…” said Hampsten Fox as she described the process of writing a cookbook. “This cookbook I feel is very approachable… You’ll find quite a variety of things and it’s based on seasons and certain ingredients within the seasons… It’s organized in a fun way and it’s something that feels like The Bindery, I wanted it to be something that was very approachable in that you utilize it every day in some way or another.”

If you’ve been in the restaurant industry, whether as a waitress, line cook, host or dishwasher — you’re likely delighted to see the executive chef tasting each dish and examining each garnish. Hampsten Fox can be found stirring, mixing most morning and nights at The Bindery. She’s worked for remarkable people, traveled to unmatched places and succeeded in influencing the city’s culinary scene in ways that few first-time restaurant owners have — and above all, she brings authenticity and excellence to Denver’s culinary scene. 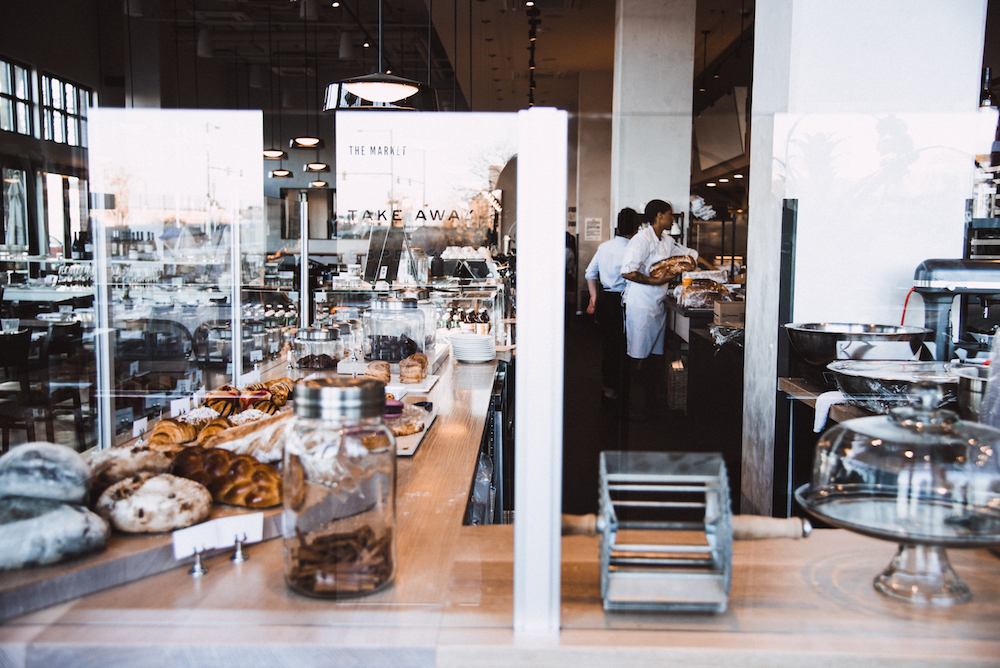