If there was ever a case study in artistic development, Donald Glover aka Childish Gambino would be its primary subject. Glover’s career as Gambino began essentially as a joke — from the internet generated moniker to his punchline flow that evoked both Lil Wayne as well as the ambitiousness of a budget Kanye West. His qualm of being too black for the white kids and too white for the black kids was his mantra and punctuated his raps like an emoji-filled text message.

As time progressed, Glover steadily found his voice, and a sense of seriousness — one built upon a blossoming acting career, that also translated into an honestly legitimate musical path in the process. The roots of which began with 2014’s Because of The Internet, where the jokes took a back seat to Glover’s criticism and indelible hooks. Glover truly broke through in 2016’s departure from rap, but funk-filled “Awaken My Love!,” its smash hit “Redbone” and later his 2018 viral sensation “This Is America.” No longer was Donald Glover an illegitimate rap bastard, he had come into his own as a jack of all trades, and a master of them all. Fittingly, on his final tour under the Childish Gambino moniker, Glover’s development seems to have come full circle. In a breathtaking display of lights and sound, Donald Glover gave Denver his musical magnum opus. 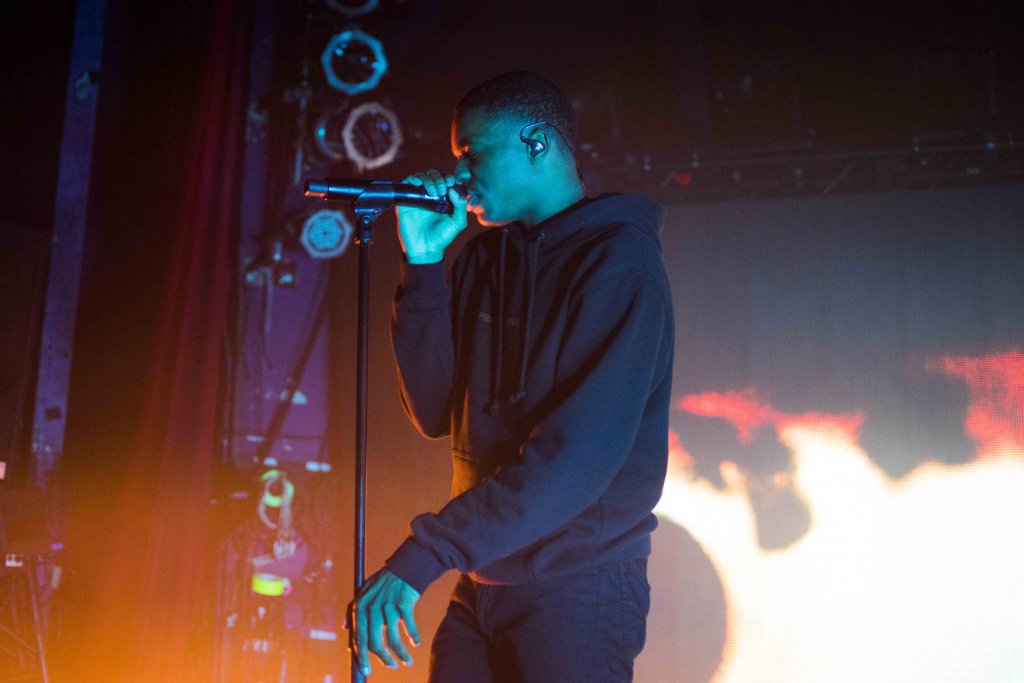 Opening the performance, the oft-lauded Vince Staples took Denver to the shooting range — a ballistic assault of rapid and thought-provoking lyricism against menacing beats. Backed by black and white screens playing what looked like security footage, Staples sent off a barrage of songs from his prolific discography. From the deep and trunk rattling “Blue Suede” to the Oakland-tinged “745,” Staples was on a solo mission to get Denver off its feet, and into the streets. Sharp biting vocals and an unwavering control of his own lyrics made his set as smooth as it was ominous — but it paid off, as many rapped head-to-head in their own seat and amped him up from afar. By the end of the set, Denver was ready to square up — much to the delight of Staples.

Upon the encroaching darkness of Glover’s entrance, backstage cameras followed Glover’s posse through the underbelly of the Pepsi Center egging on the audience’s anticipation. Soon, all was consumed in darkness, until a single beam of light shone down upon Glover, as a yet-to-be-released song, “Atavista” blared through the speakers. As the song faded out, the enormous lighting display dispersed beams, and Glover alongside unseen live band launched into another unreleased song, “Algorythm.” Donning a bushy beard, his afro, and only a pair of pants, Gambino was his version of a runaway slave, introducing the performance as “church” and urging us to free ourselves from our phones. Giant monuments of LEDs and laser panels moved and rotated alongside Glover, both illuminating his dance moves, and creating a dazzling pulpit from which Glover readied his sermon.

“Summertime Magic” brought the arena to the beachside and “Worldstar,” brought the shouts of its eponymous website and slogan to fill the room. Glover — drenched in neon that’s unhinged yet charismatic — bounded from singing to hashtag-raps unfazed, blindsiding the audience as to what he had in store. At one-point Glover, disappeared only to reappear within the audience amidst the glow of cell phone lights, as if he were of divine stature come to greet the masses. The setlist was a snapshot of Gambino’s best — the slow-burning and unquenchable “Terrified,” the funky fever of “Riot,” amongst others, primarily from “Awaken My Love!” and his forthcoming new album. In the midst of Glover’s presence, it was hard to ever look away. 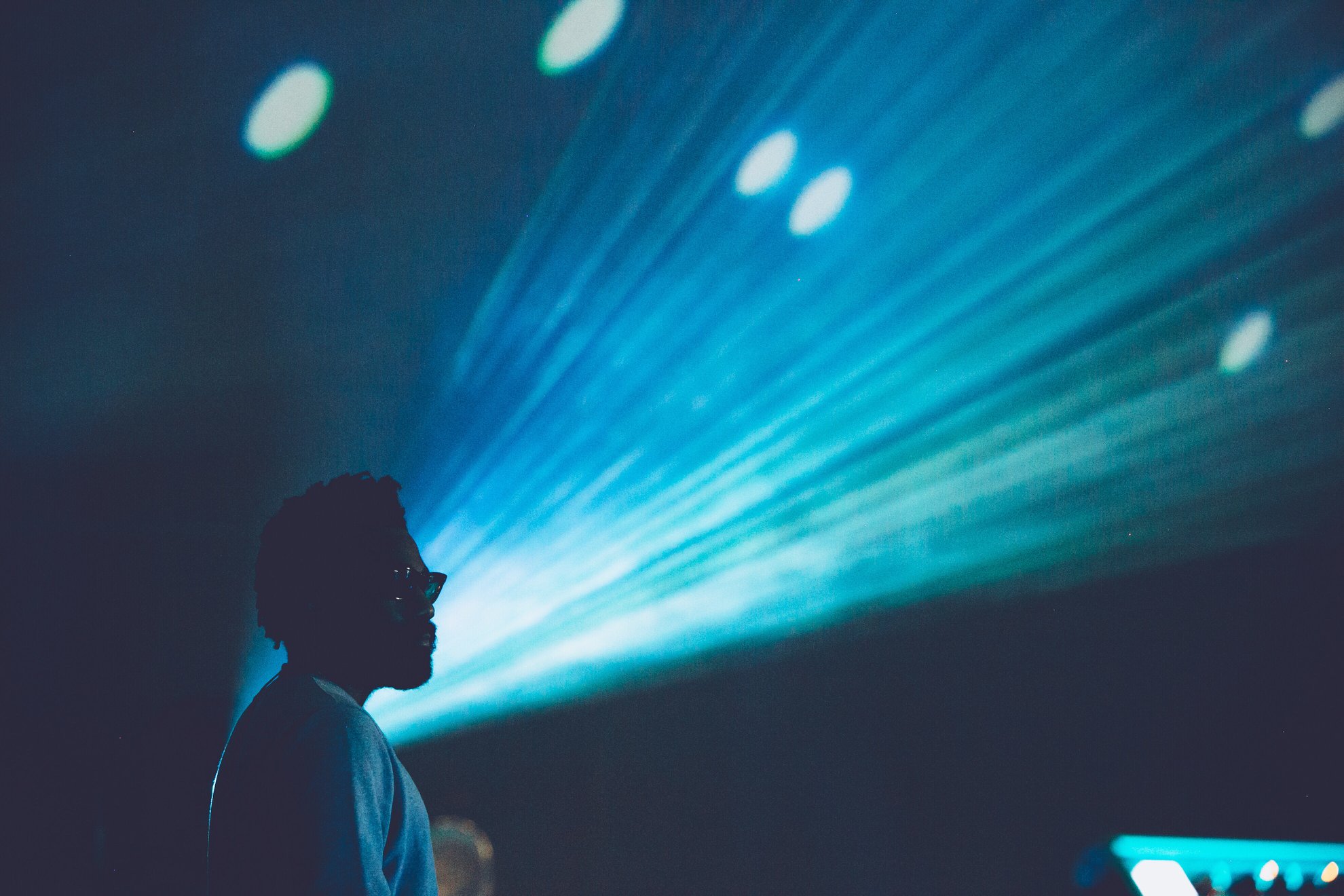 Ending his set on the crushingly brilliant “This Is America,” Glover departed the stage, only to return for a victory lap set to a cacophony of cheers. “3005” and “Sober” reeled people into the Gambino they’d grown alongside with — their love made evident by a massive word-for-word sing-along. However, ending his performance on “Redbone” was the pinnacle — a glowing capstone on not only the night but on Childish Gambino’s legacy — it was god level.