[Update September 26 at 3:16 p.m.: This article was updated to reflect the current opening date. It originally published in April 2018].

On October 4, Austin-based Japanese fine-dining establishment Uchi will open an outpost at 2500 Lawrence Street. Originally opened in 2003 by James Beard Award-winning chef Tyson Cole, the concept has grown to include two additional Uchis — in Dallas and Houston — and three innovative sister restaurants. This will be the first of Cole’s Hai Hospitality locations to appear outside the great state of Texas. Cole cites a certain cultural continuity between Denver and Austin as the main reason for the opening and says that input from his staff was a key factor in the decision to expand northward.

His focus on forward-thinking, but not entirely outlandish, Japanese cuisine will be a welcome addition to a city, that despite its landlocked status, is becoming a hotbed for top quality sushi.

“Like other Uchi restaurants that have opened outside of Austin it will retain the continuous Uchi thread that people know and love but represent characteristics and elements unique to Denver,” said Cole. 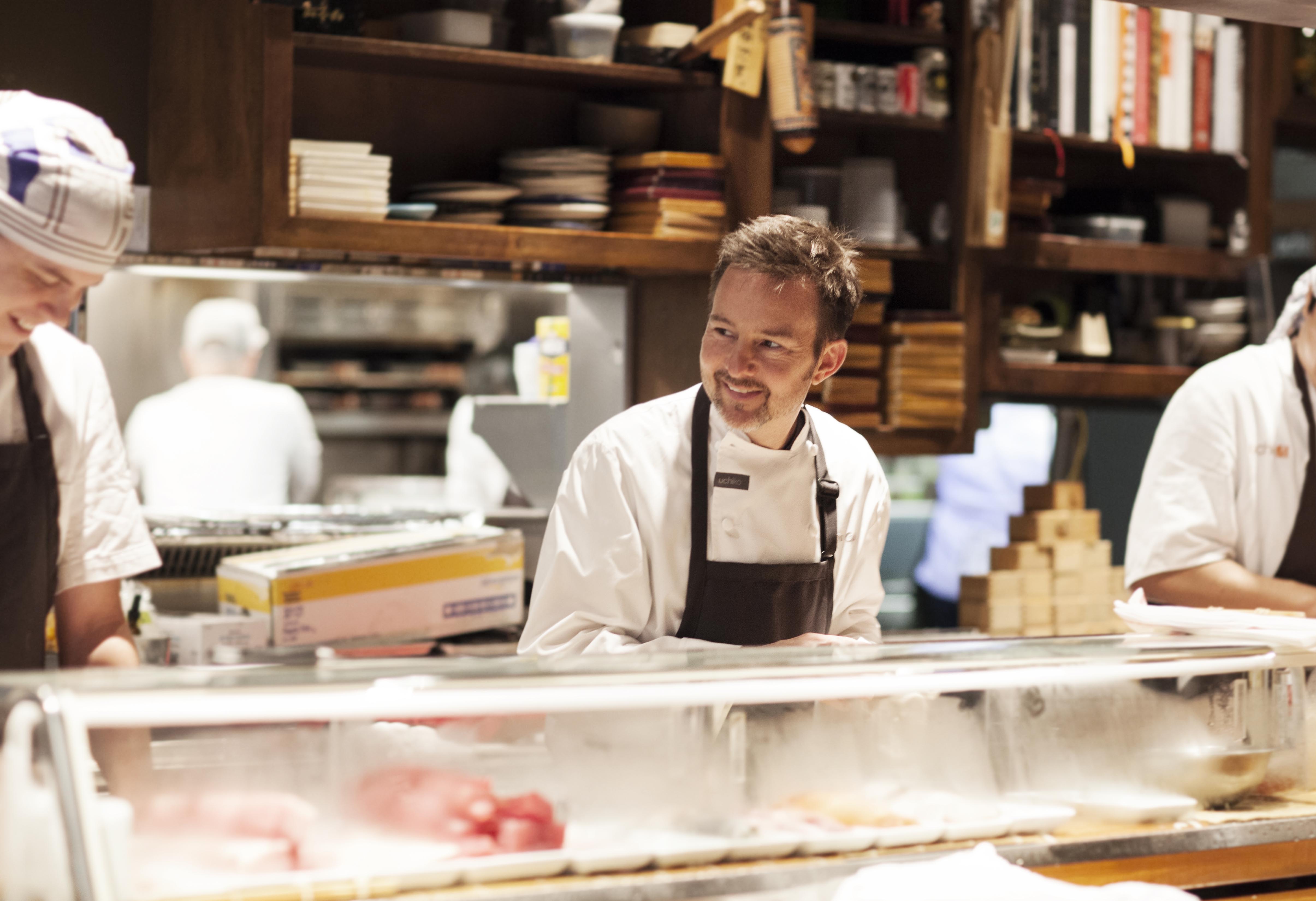 While the menu is comprised primarily of fish dishes, it would be wrong to classify Uchi just as a sushi restaurant. Items like the sake crudo — bite-sized cubes of salmon with charred shallot, Thai basil and dashi — speak to Cole’s ability as an innovator. The hama chili — made with thinly sliced yellowtail, ponzu, Thai chili, orange and crunchy roe — is sweet and spicy. It allows the yellowtail to shine in a way that rice and wasabi just can’t quite muster. Much of the menu falls along the same lines, with many nods to the classics, but with an unrestrained approach that can be hard to find in a cuisine that favors tradition and refinement.

Uchi, meaning “house” in Japanese, has always tried to cultivate a welcoming experience. The original is still in its original location, a small bungalow in one of Austin’s more relaxed neighborhoods. While the downtown location may lack the charm of the Austin cottage, the quality of the menu should be able to provide an oasis of its own. 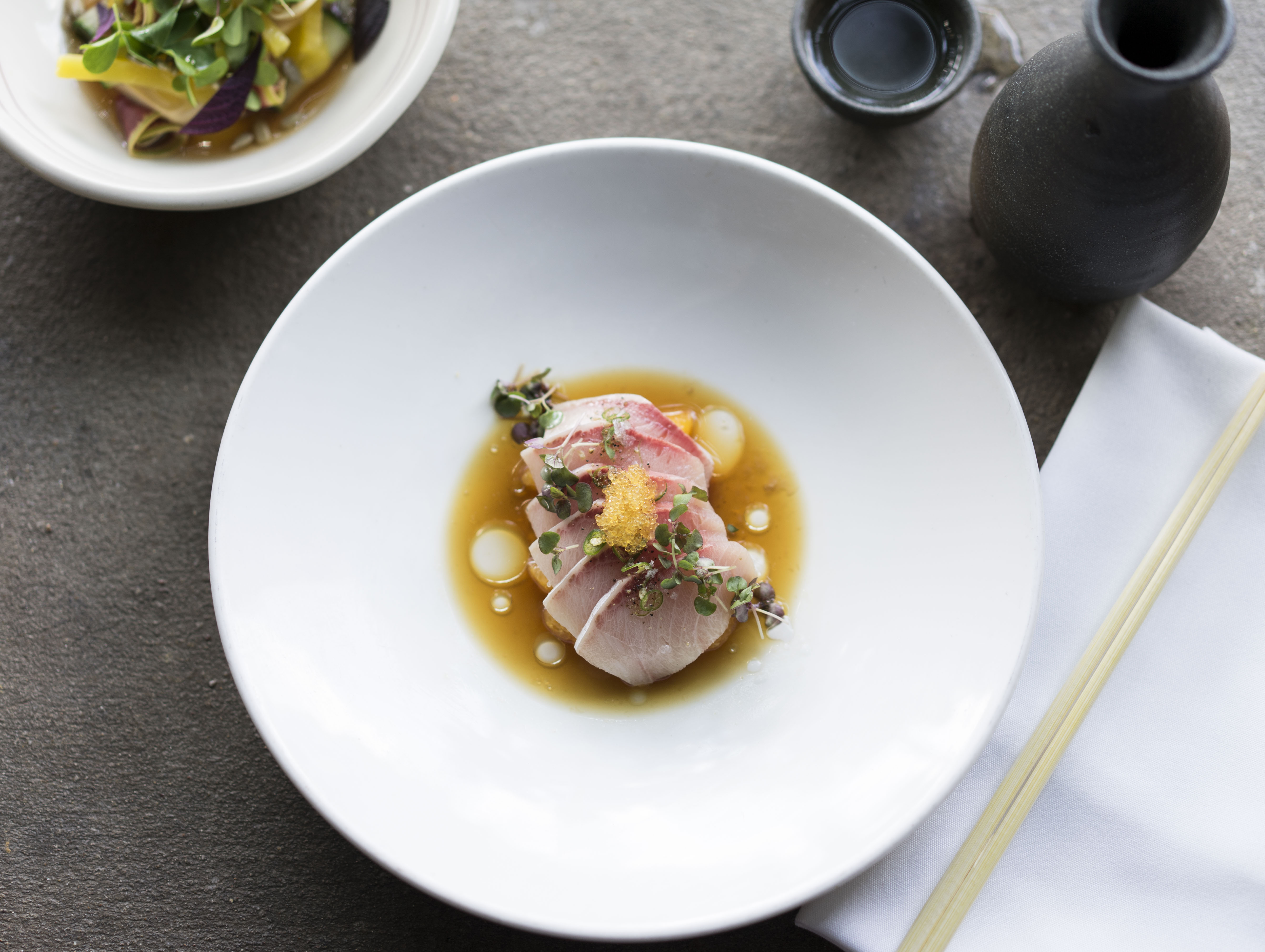 Cole has been keeping busy. He recently opened Loro — an Asian smokehouse opened with famed pitmaster Aaron Franklin of Franklin Barbecue. Despite all the excitement going on at home, he remains excited about opening in Denver. In April, he and his team drove up from Texas so that he could personally oversee a pop-up at RiNo Yacht Club. As he darted from the kitchen to pass out nigiri to attendees he explained that he intends to remain as hands-on as possible throughout each phase of setting up shop here.

With all the recent openings there certainly is a risk of oversaturation. But Uchi should be able to hold its own despite the massive shadows cast by some of the well-established, homegrown giants. The transplant perspective will surely lend some character, with Cole’s decades of experience providing appreciated inspiration.

All photography courtesy of Brien Hollowell and Uchi.