Foster The People packed a punch at Red Rocks this year. The band came out strong and delivered a full sound that was crisp and clear. Their set seemed to lose the interest of the crowd but as soon as they kicked off “Pumped Up Kicks,” the entire dynamic of the performance changed. Foster The People’s live show dominated a lot of their studio work. Songs like “Houdini” hit so much harder in a live setting that it almost diminishes listening to their studio version. Lead singer Mark Foster had the perfect commentary on the visual aspect of Red Rocks by comparing it to two fists that were punched up through the earth. 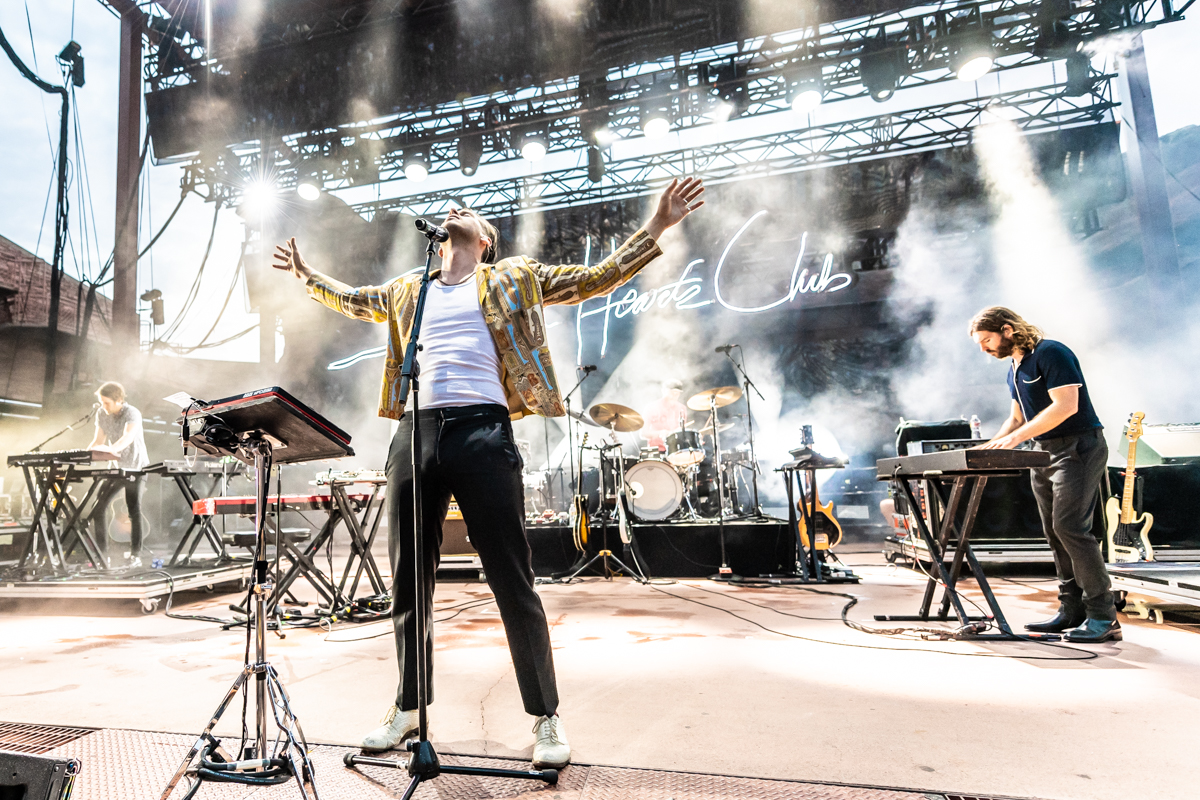 Paramore’s infectious energy carried them through their whole two-hour-long set. It can’t be easy to stay dancing and headbanging for two hours straight, but every member of Paramore did it with ease. Lead singer Hayley Williams and company gave the audience everything they had once again, just like they did at the Bellco Theatre last year. This show was extra special for Paramore because it marked the final show on this leg of their tour, titled “Tour Five.”

For someone seeing Paramore for the very first time, this concert would have been a great note to start on. For someone who has seen them before, one might say Paramore’s set was similar to last year’s Denver show. In comparison to 2017, the two sets were virtually the same, plus or minus a few songs. They played hits such as “Misery Business” and “Ain’t It Fun” as expected, though sounding damn good while doing it. 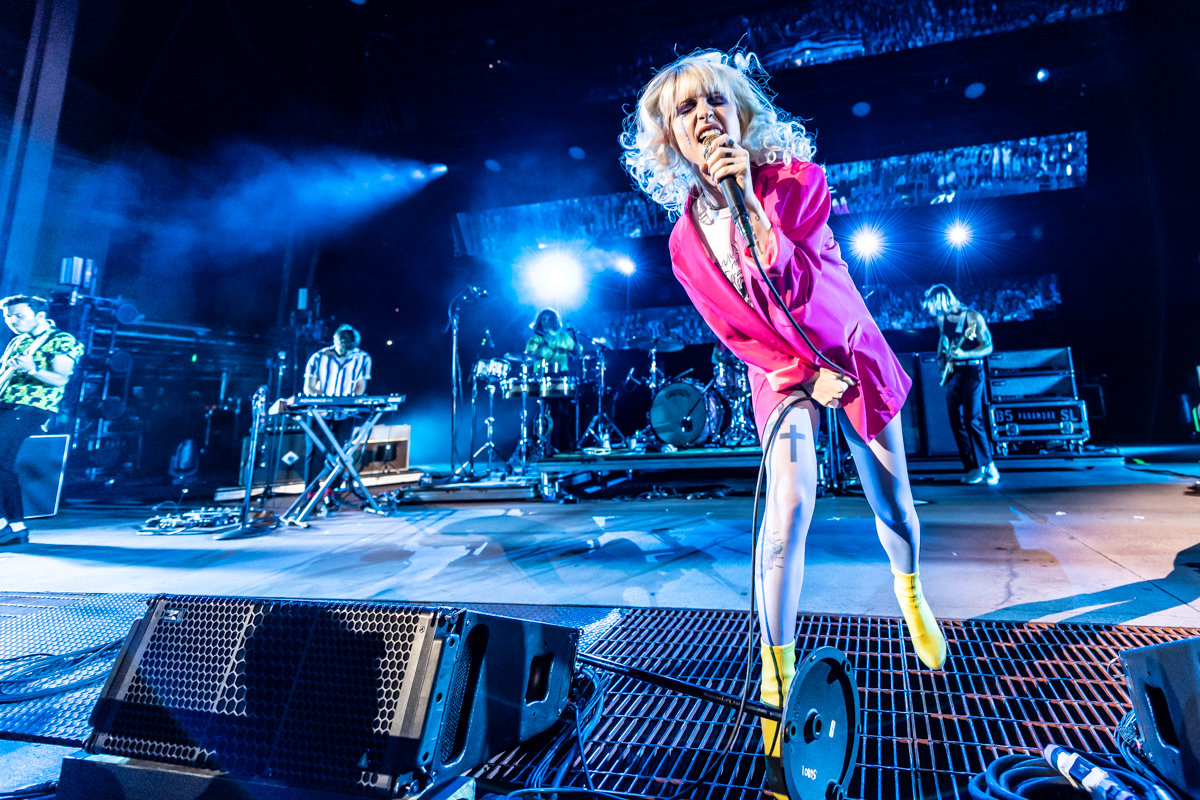 It was clear to see how taken back Williams was by the sold-out Red Rocks crowd in front of her. The last time Paramore played Colorado’s famous venue was back in 2014, and Williams admitted how she thought she’d “…never see this place again.” When it came time for Williams and her boys to play “26,” Williams bore her emotions out and almost seemed to choke up while performing the song as she took the love the audience gave her and absorbed it. It made for a beautiful and intimate moment that did not go unnoticed by the crowd.

With Paramore’s 2017 release of After Laughter, the band took on a more ’80s driven sound, rather than the alt-rock sound they’re typically known for. One of the main differences between Paramore’s Red Rocks show and their 2017 Bellco performance was the heaviness of their sound. In their 2017 show, Paramore delivered a hard-rock sound that had everyone headbanging whereas, at their 2018 Red Rocks show, their sound adapted even more of an ’80s rock element. Yes, there were moments when the hard-rock came through, but not as much as before. More recent songs such as “Hard Times” felt straight out of the neon-era ’80s, which isn’t a bad thing by any means. The set ended in the exact same way that it did in 2017, with drummer Zac Farro performing one of his own original songs from his band HalfNoise. 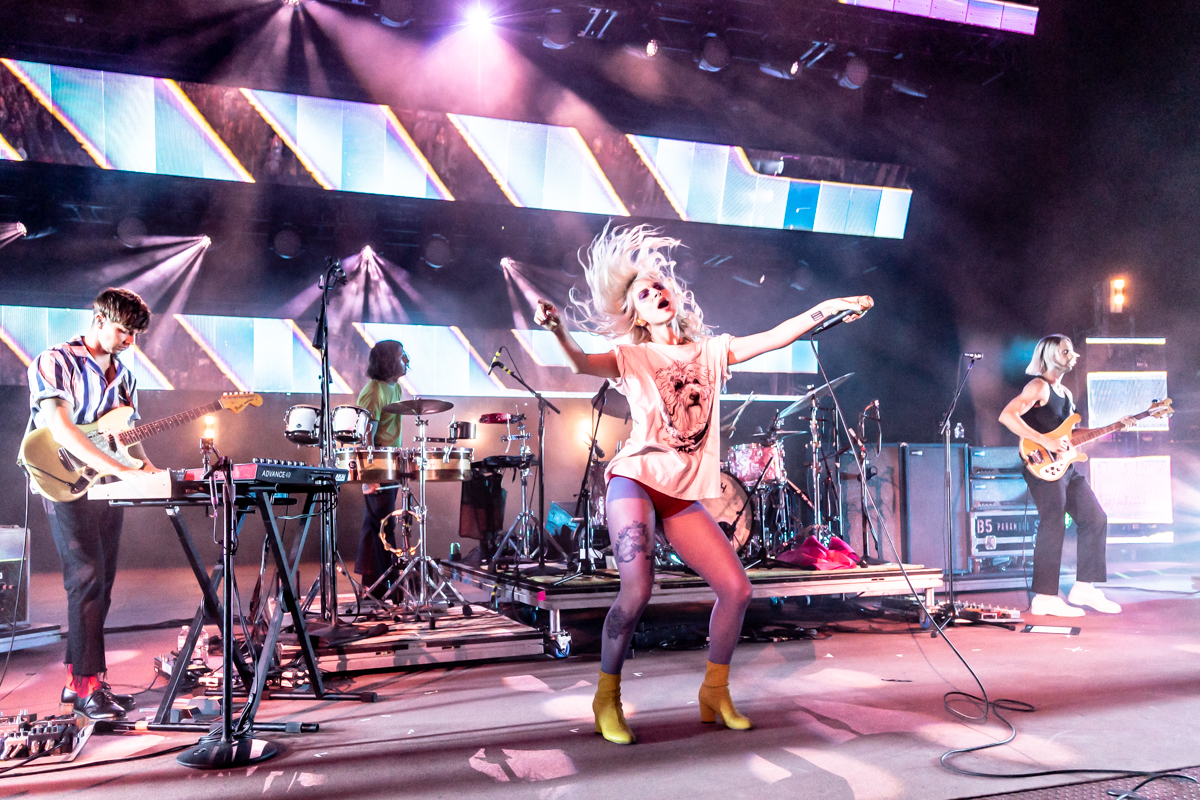 We can only imagine what it must be like to stand before a crowd of nearly 10,000 people at one of the most beautiful venues in the world. Think about it for a second – you are standing backstage, you get the cue that the lights have gone out, you hear the crowd’s excitement, you walk on the outdoor stage to see two beautiful red-rock pillars that sandwich the people who know all the words to something you’ve created. Is it intimidating? We can only imagine, but intimidation didn’t seem to challenge Paramore when they returned to Red Rocks. Although their 2018 Red Rocks run didn’t stray from their Bellco show very much, the concert was just as kick-ass as one could have hoped for.

All photography by Mark Tepsic. Check out our full gallery here.