There’s a certain symbiosis going on at Boulder restaurant, Arcana, one which extends into the fields of Colorado. It marinates in the belly of the open-faced kitchen, weaves between chefs and cooks as they dance around one another, floats around the tall-back, wooden chairs, between servers and over the turquoise, candy-color booths. It’s in the boxes of fresh trout driven four hours each way from a small town by a fisherman named Kermit. You can find it whirling around plates carrying jewel-colored summer salads and generous slabs of local proteins dressed with chimichurri and in cocktails whose depth is exhibited not only in their flavors but through the stories behind them as well.

There is a symbiosis that is born from the heart of the whole operation at Arcana, one that drives and feeds not just the restaurant’s team, but its family of farms and community of guests as well. It is a unity, an unspoken understanding, one that only comes from relationships fostered through years of deep appreciation — perhaps this is the essence of what makes Arcana a success.

Since its opening back in 2016, Arcana has strived to present a menu that is “naturally American cuisine” with Head Chef Kyle Mendenhall at the helm of the operation. But where Mendenhall and his team truly shine is their innovation in creating a line up that exemplifies the natural essence of simple ingredients. No over the top garnishes or even flashy tableware, (in fact, Arcana uses pottery from local artist Curtis Rindels Pottery), just the right ingredients, dressed properly and done beautifully. This is a team that lives the “farm-to-table” ethos, understated and under-the-radar, avoiding the heavy “green-washing” that has permeated the food world as of late.

It’s an ethos that means that Mendenhall and his team, who rely essentially solely on local farms for all their produce, have to work with Colorado’s often volatile and pervading climate that can change the restaurant’s produce selection, and menu, by the week — sometimes even by the day. But, there is something to be said about the consequential elasticity and steadfast trust that also entails. 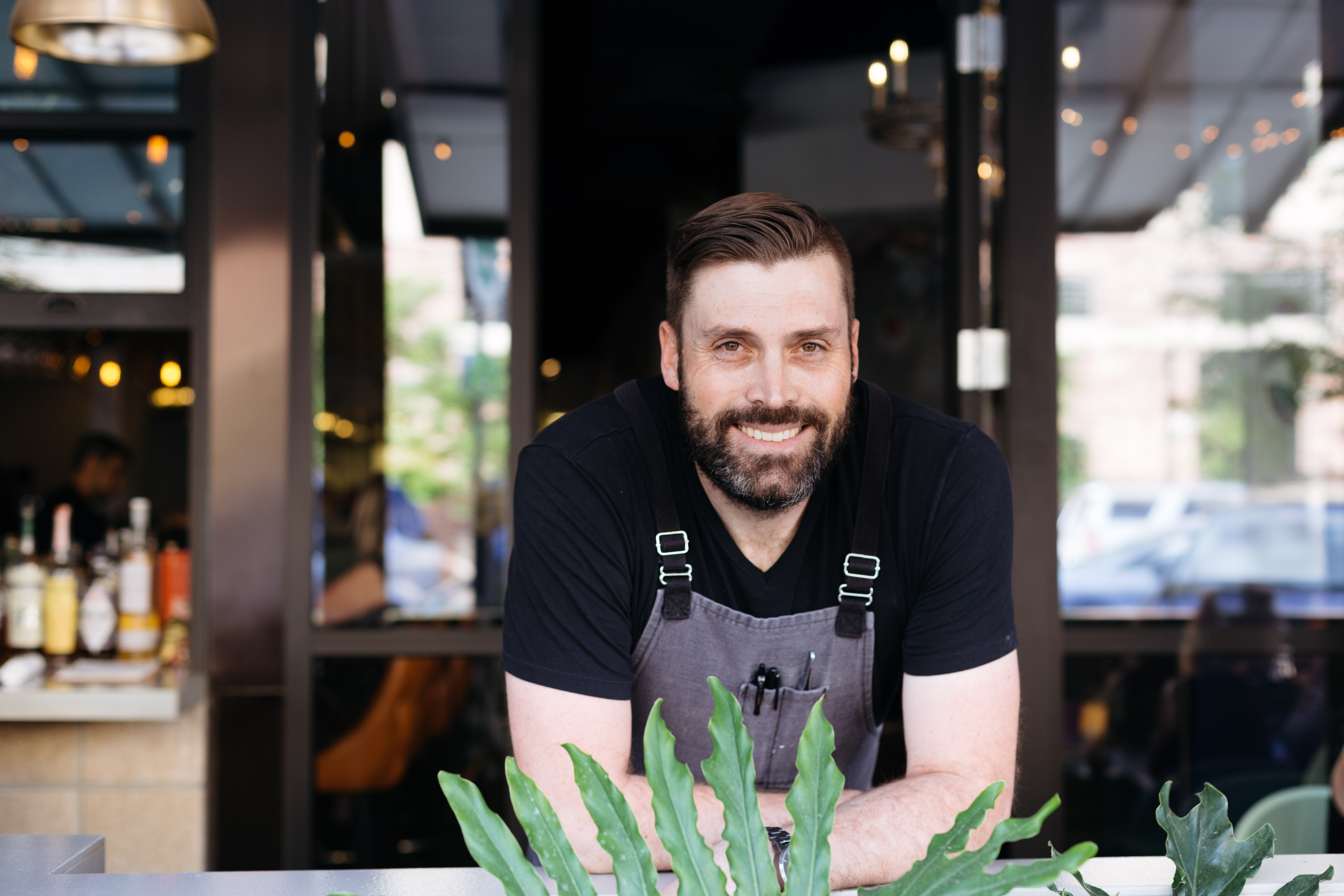 “Kyle’s relationship with the farms is to the point where sometimes they just bring us stuff without us ordering it because they kind of know what Kyle’s thinking and vice versa,” Elliot Toan, Arcana’s owner, explains the symbiosis between chef and the farms. “[…it] is really the relationships we have with farms [that inspires the menu],” extending not only to the summer dishes but the rest of the menu as well. 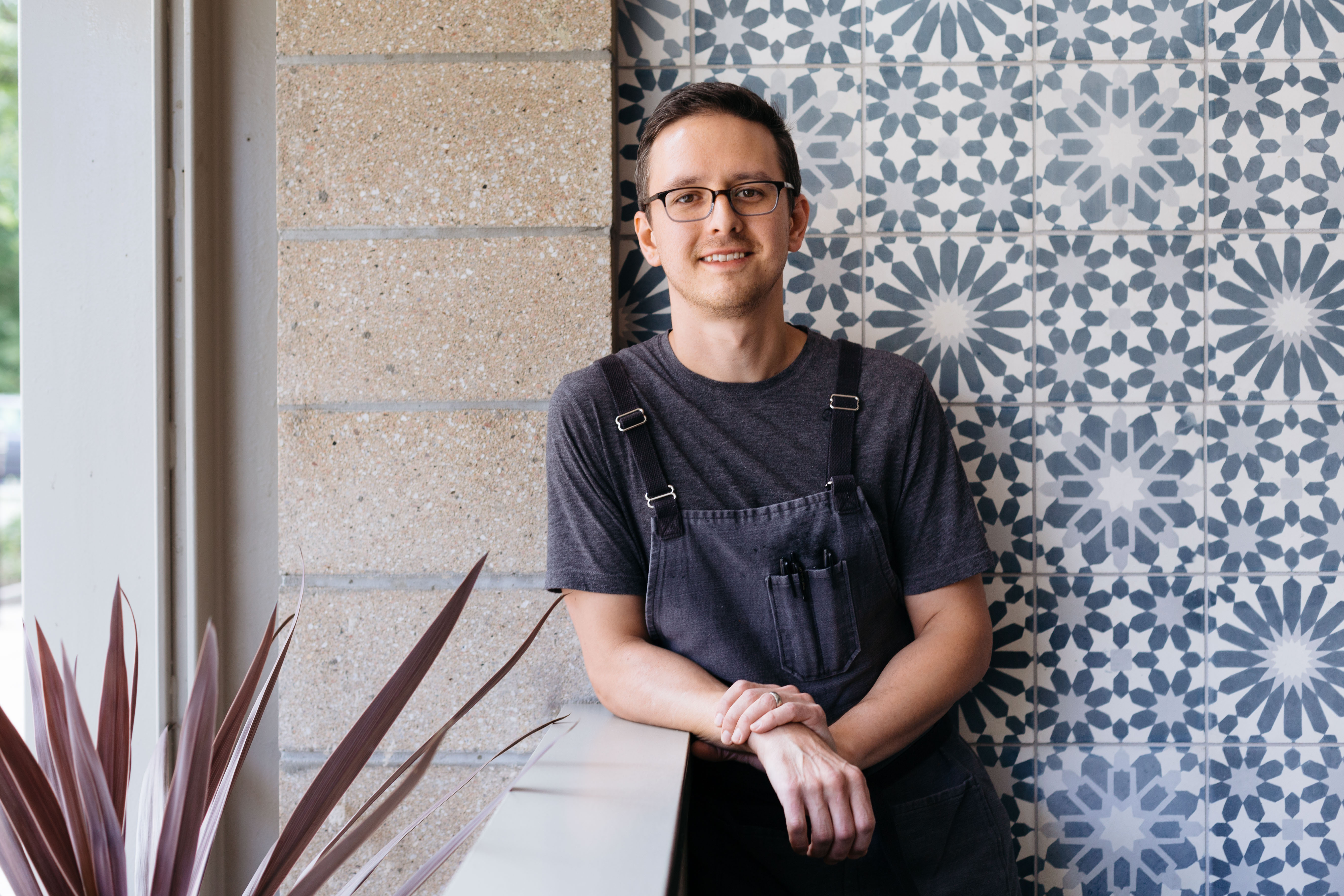 Toan speaks about some of the farms and farmers they work with — Anne and Paul Cure of Cure Organic Farm up in Boulder, the family at McCauley Farms, and Kermit Franz at Frontier Trout Ranch— and the inspiration that comes along with that. Some of the farmers and their growing abilities almost seem fantastical — something out of a Willy Wonka book or mad scientist novel-food edition. He tells of Mark Waltermire of Thistle Whistle Farm, the man growing over 72 varieties of tomatoes, the “mad scientist” who brings him vegetables that look like something out of a dream. But Waltermire has been working with Mendenhall for over 10 years and understands his appreciation for unique produce and the creative process that goes along with that in creating new dishes.

“He’s one of the few chefs that really seems to understand what it is that I’m trying to do — which is grow,” Waltermire explains of his relationship with Mendenhall. “My interest is not in growing specialty produce, which is how my stuff gets labeled and rightly so […], but exploring that world of foods available to us that we’re trying to rediscover… I think Kyle and chefs like him are wonderful at getting things that are unusual and new to them, and new flavors, and then transforming them into new meals and getting people inspired to try their food.”

Toan recalls one time when Waltermire brought a “loofah species” of squash, unasked for and unexpected, another transpiration that has influenced some of Arcana’s unique plates. “We start out being like what’s that, then go to ‘How do we cook it?’ — the whole time thinking, ‘We’re never going to do anything with this,’ then we bring it into the kitchen.”

Stories Behind the Food 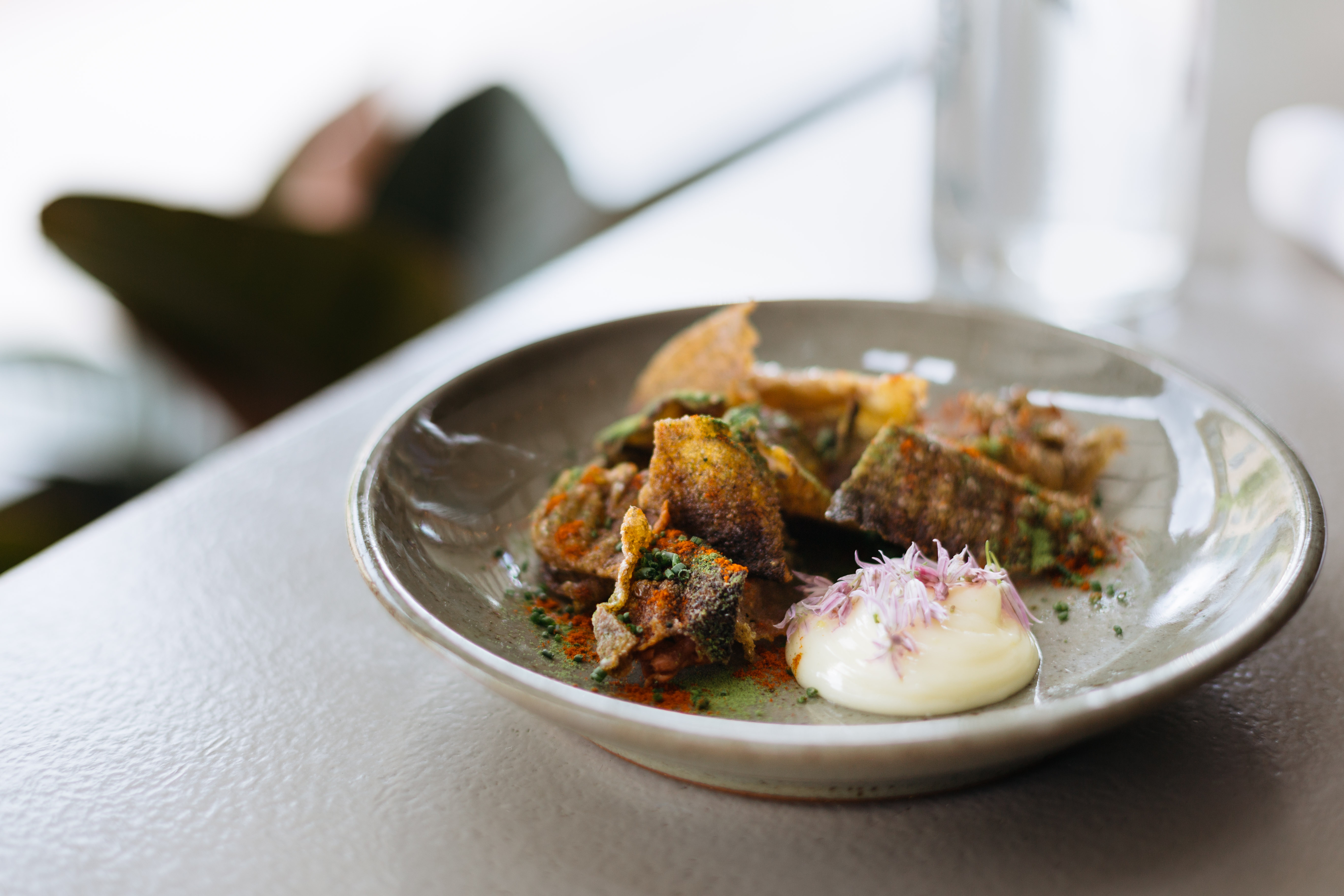 With such partnerships come years of stories, and naturally, with each resulting dish, a tale to tell; everything connects to community, locality or sensibility. This thought-process extends to everything they serve — not just on a creative level, but a sustainable one as well. Take the summer happy hour menu’s Troutcharonies, for example, trout skins fried to a delicate, satisfying crisp, served with a side of lemon mayo and topped with local flowers. To some, this may seem just a spin on chicharron (fried pork rinds), but to masterminds at Arcana, it is another way they can further their ethos of sustainable practices and utilize each and every part of a protein they had initially intended to just star as an entree. “I think we use [the trout] in five or six different ways on the menu,” Mendenhall explained.

From the summer dinner menu, the Peekytoe Crab Hushpuppies “snacks,” (at the recommendation of general manager, Mike Elmore), offer more insight into the wonderful variety that comes with sticking to ingredients as close to home as possible. The five perfectly golden orbs are served standing at attention around a tub of a spicy, Morita chili mayo. The slightly crisp and crunchy exterior meets the warm, soft interior of fresh Maryland crab — flown in twice a week from Maine— and a delicate understated fried taste that is balanced out with the spice of the dipping sauce. Elmore explained how the corn is milled by two different local companies daily resulting in slightly different sizes to the grains of the cornmeal. The hushpuppies may change each week in texture but are consistently delicious. It’s just part of the natural variety game that comes with using what the land offers when it does.

“Simplicity lets the product do more of the work for us,” Toan continued, but the reduction of complexity does not constitute one in flavor; a look at the Arcana Burger shows just that. Although a classic American entree, the burger was one Toan had insisted would never appear on the menu — ironic as the subsequent creation of this dish demonstrates exactly what Arcana aims to execute in every dish. Each ingredient is locally sourced and every element is made is in-house — right down to the herby pickles and fermented mustard.

“Like with everything else, […] we didn’t want to make it overly complicated — not that we don’t necessarily like that kind of stuff, but we do think there’s a way to let the ingredients shine by themselves.”

Some other “simple” summer menu dishes that looked to the fields first were Arcana’s take on Colorado’s state fish, a beautiful Rainbow Trout served with creamed nettles, emerald greens, white turnip quarters, and topped with a crispy sculpture created with masa from neighborhood restaurant T/ACO. The rabbit loin delivered in wheels atop wild rice grits — one of the restaurant’s only items sourced from out of state — collard greens, a chunky cherry mustard and arugula, and the generous double lamb t-Bone topped with an emerald salsa verde, three varietals of zucchini and basil. Even on the sweeter side, a beautiful Rhubarb Beret demonstrates the restaurant’s versatility with seasonal produce, sitting atop a scoop of cultured cream ice cream and nestled on a pile of crumbled Fortuna chocolate, puffed wild rice and halved slices of cured summer rhubarb.

Locality in the Watering Hole

But it doesn’t stop there, Arcana is equally as inventive in its booze selection as it is with its cuisine, foiling high-quality spirits with fresh seasonal juices and garnishes — even its beer ventures turn to the local community for inspiration by spotlighting a different brewery each month on the happy hour menu. (June’s feature was Crooked Stave, showcasing the Von Pilsner,  IPA and Petit Sour Blueberry). On the cocktail side, the Dallas Divide offers up as a wonderfully effervescent choice for the perfect summer dining companion; featuring Cimarron Reposado Tequila, Campari, Pequin pepper syrup, sparkling wine, grapefruit, lime and a backstory for its namesake that you’ll want to inquire about.

Or, for something a bit different, The Ex-Pat, a horchata based beverage, from the extensive cocktail list, extends a sweeter option, stirred up with Laird’s 86 Straight Applejack, Singani 63 Muscat Brandy, Bonal Gentiane-Quina, honey and lemon. If you’re cutting back for the season, the Arcana Lemonade is a nice way to try those elegantly layered summer artisanal Arcana flavors without the booze — lemon shrub, champagne vinegar, Angostura bitters and sparkling water.

With a menu that looks to Colorado farms for inspiration and “undoes” American food in the best way —locally, authentically and deliciously — Arcana is executing something right on the food side. But where the restaurant truly shines is what they have built through this “disassembling,” something that it is much more than food. Through their cuisine, their economic and agricultural relationships with the farmers and with the community, they have built a family — and with that, a space in Boulder that welcomes them home.

Whether you are a trout or vegetable farmer coming the distance, or a local from down the block, Arcana always has one of their comfortable, tangerine barstools, (which Toan had “custom-made to be the most comfortable bar stools you’ve sat in”), waiting for you. “We want it to feel like home,” Toan concluded, “because we want people to stay.”

Locally inspired summer plates and cocktails live on the menu for the duration of the season. Happy Hour runs daily 4 p.m. to 6 p.m. with dinner service from 5 p.m. to 10 p.m. Tuesday through Saturday and 5 p.m. – 9 p.m. Sunday and Monday.