Welcome to our brand new series, Hello Denver My Name is… where we profile different people in Denver you probably don’t know, but should. Get ready to meet painters, dancers, comedians, musicians, designers and just generally fascinating people that help make Denver awesome.

Unlike most weeks, cake shops have been a hot-button issue as of late.

With the controversy swirling around the Supreme Court decision to grant Colorado’s Masterpiece Bakeshop the ability to refuse to make a gay couple’s wedding cake, it’s not just any shops that are in headlines. The whole country is looking specifically at the Colorado cake industry. We spoke with Sam Slade, someone who is no stranger to the topic and knows, better than most, what it’s like to make unconventional cakes. From her time at an erotic bakeshop to what those TV cooking shows are really like and of course her thoughts on the court’s decision — we figured it was better time than ever to get to know Slade and her businesses Valhalla Cakes.

303: How’d you get started decorating cakes?

Sam Slade: I grew up in bakeries in Chicago. My Dad owned a couple of them but I didn’t think I’d ever be a baker. I was always an artist. I went to art school, dropped out because I didn’t know what I was doing. I did sculpture and illustration and then I started interning at a cake shop in Chicago. I didn’t know that people were doing what they were doing and I was like, “oh, I can do this,” so I kind of fell into it and that was like seven or eight years ago.

303: What was the first thing you can remember baking as a kid?

SS: I do for fun. I pick up my cakes from a baker. So it’s more just focus on the art part.

SS: Middle because it’s the perfect balance of cake and frosting.

303: What was your favorite birthday cake as a child?

303: What’s one or a couple of favorite cakes you’ve ever made?

SS: Probably the Harry Potter / Doctor Who wedding cake, I had to combine those two elements into this giant thing.

SS: It would be cheesecake. A simple cheesecake or a bunch of doughnuts.

303: What are your thoughts on televised baking shows? Did you watch Cake Boss?

SS: I didn’t until after my first day interning. I did watch a few and then it turned into, “I don’t want to watch what my job is after work. ” And then I did Halloween Wars last year which was like Cake Wars but Halloween version. I went to LA for 11 days. It was intense.

SS: Everyone’s asks, “do they really give you that much time? I’m like, yeah, they do. It’s real. And I was so sleep deprived and angry because I just was done. There were so many parts where I knew they’re going to just beep me out constantly because I was swearing like a crazy person so I’m barely on the season because of that. But I was on five of six episodes so I made it pretty far. But yeah, I think they’re dubbed over me. I said, “oh fuck” at one point they were eliminating people and then we were watching and I knew they were going to air it but then I said “oh god” instead — like someone said “oh god” over my voice [laughs]. 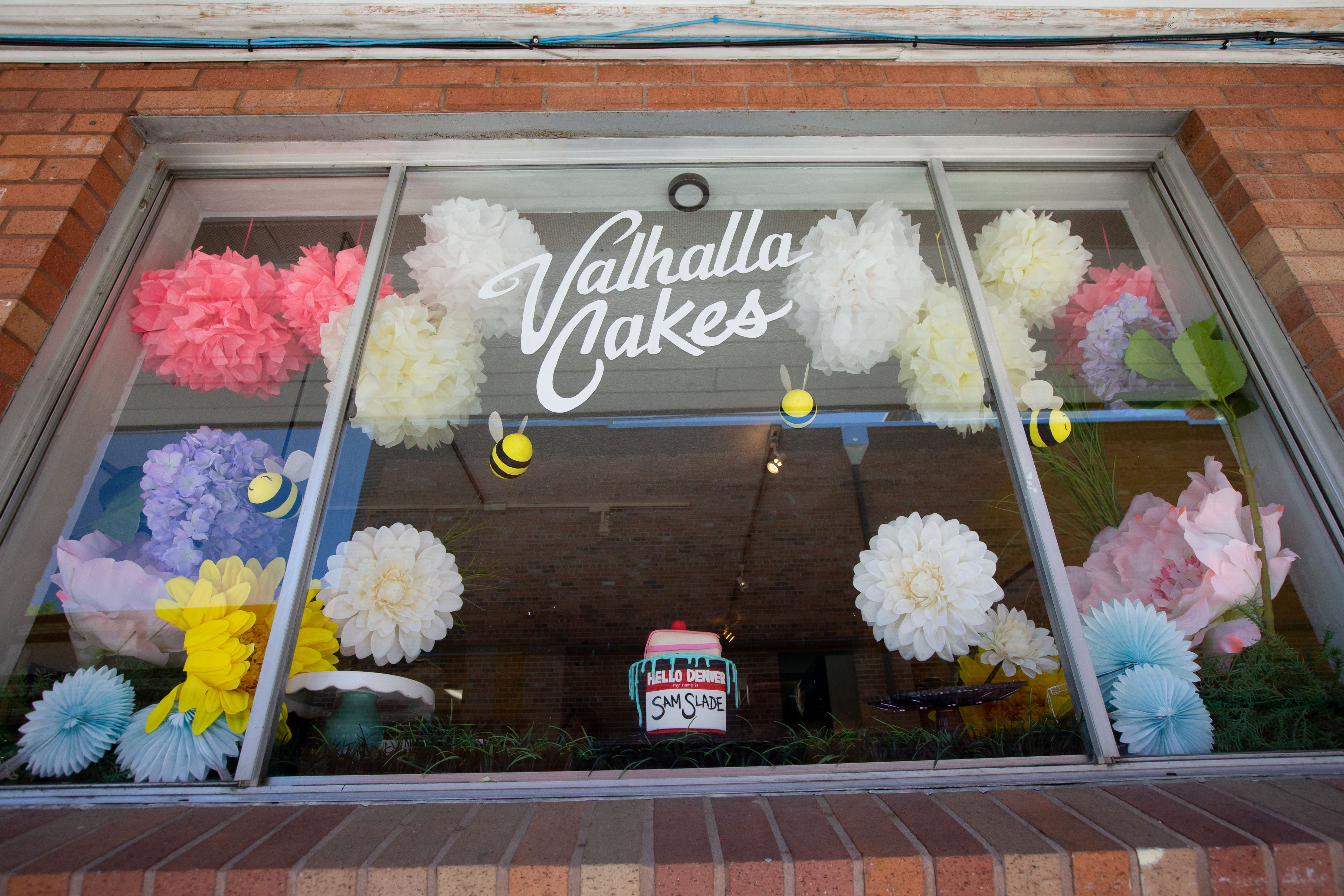 SS: I just really like Norse mythology and it’s a little bit metal and kind of happy at the same time.

303: If you could make a cake for any person living or dead, who would it be?

SS: I just made one that was Jeff Goldblum but it would be cool to make one for him … It would probably just be a cake of him or his face.

303: Denver is increasingly known for being a place for makers. Why do you think that is?

SS: I think it is because it’s still an untapped market for art. I mean, it’s happening all the time, but in recent years it feels like it is definitely happening faster.

303: What is one thing that Denver has and nowhere else has?

SS: Sunshine every day [laughs]... a nicer community of people who are in the same industry can reach out to each other and work together. I’m good friends with the girls who own The Noshery, which is a bakery down the street. We call each other for help or we meet up for a beer all the time and just vent about the cake industry. Everyone has the attitude that there’s plenty of room here for everyone.

303: As as cake shop owner, how do you feel about the new Supreme Court ruling that allowed a Colorado baker to turn down making a cake for a gay couple?

SS:  As a cake shop owner this is a tough ruling. The owner of Masterpiece now has the right to not make something that they don’t agree with based on their religion. It’s unfortunate that human/equal rights had to come into play in this situation and I feel for my friends, customers and anyone affected by the ruling. All I can say is that even though these bakeries are exercising this “right” — that myself and plenty of other shops in Denver are here for you.

303: Do you think it’ll impact your business in any way?
SS: This may impact my business positively in that more people will know that we’ll make cakes for everyone as long as they’re not hate related. Something we all can do to make this a little better would be to give less attention to businesses that perpetuate discrimination and focus on the businesses that are inclusive and full of love.

303: Where do you see yourself in five years? What growth do you want for your business?

SS: That’s a tough one I think of all the time I’ve seen other bakeries fail because they get too big and I kinda liked the small studio vibe here. I want to keep working with customers one on one and just and making as many cakes as I can without killing myself.

303: What is one thing you’d want people to know about you?

SS: A lot of people think I went to pastry school but no. This is an artist’s kind of job where you can look at something and recreate it or if it’s nice you can use your artistic side. So a lot of people don’t know that it’s an option for sculptors and illustrators. Which is fine because I had no idea when I started and then all of a sudden you’re like, oh, I can do that. I can do this. And I made money doing it and that is really wonderful.

SS: Semi-famous my whole life. Just so I could keep going and keep getting little small appreciations to keep going on like all at once because then I’d be burned out. I mean I’m probably gonna do this forever. 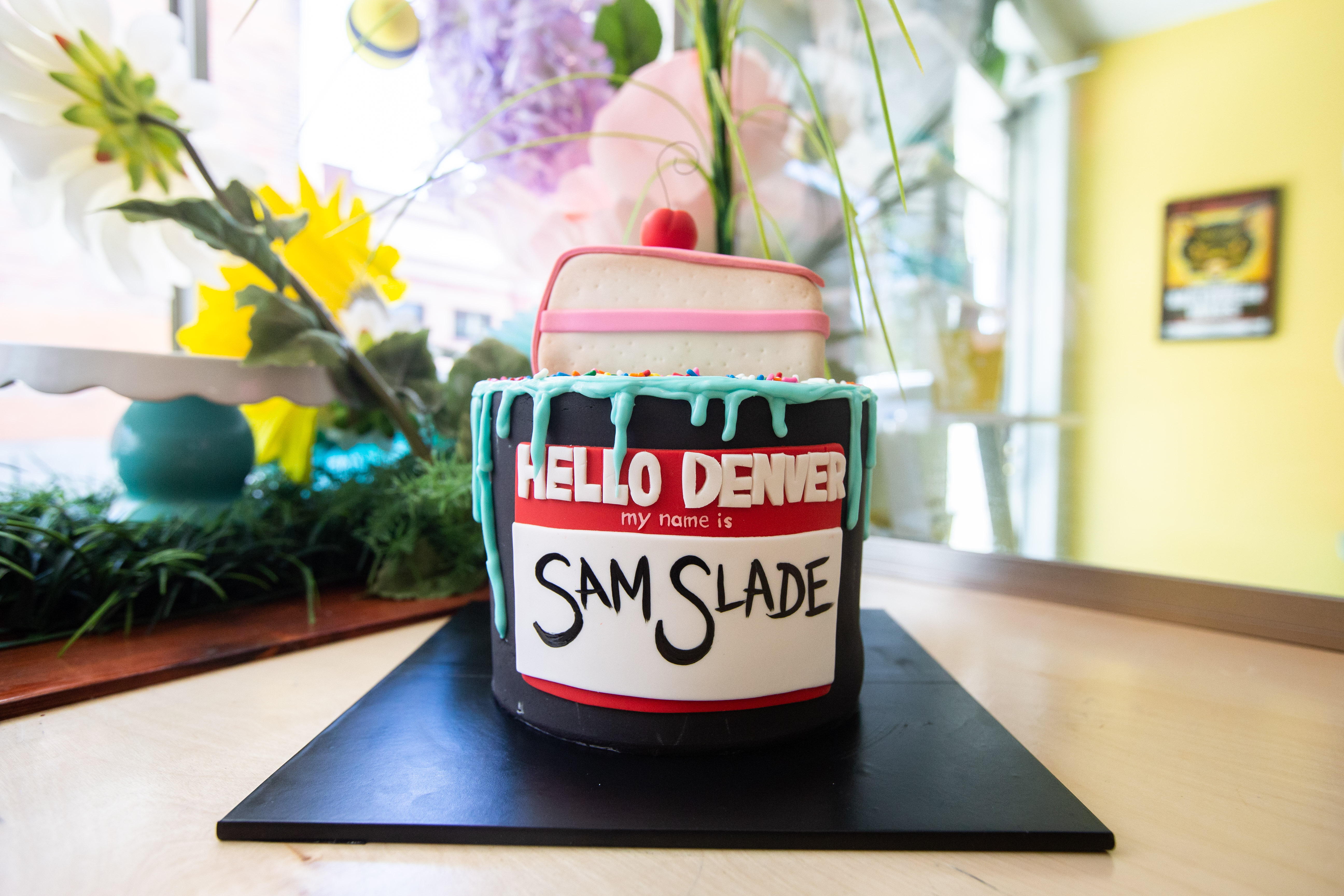