–
Only a couple years ago Joey Bada$$ would not have been able to sell out a headlining set at the Ogden.

But a lot has changed for the 23-year-old Brooklyn native. After releasing his 2017 opus All-Amerikkkan Badass, the artist — born Jo-Vaughn Virginie Scott — has quickly gone from a youngster with clear potential to one of the major forces in lyrical rap. He played Red Rocks a couple years back at the 420 event, and he managed to entertain. But the charisma Scott displayed at Thursday’s show outshined his earlier efforts to the point that he almost seemed to be an entirely different artist. His set, though short and sweet, was clearly him at his best. However, his immediate support, Compton-based rapper Buddy brought a set that managed to surpass Scott’s terrific set. 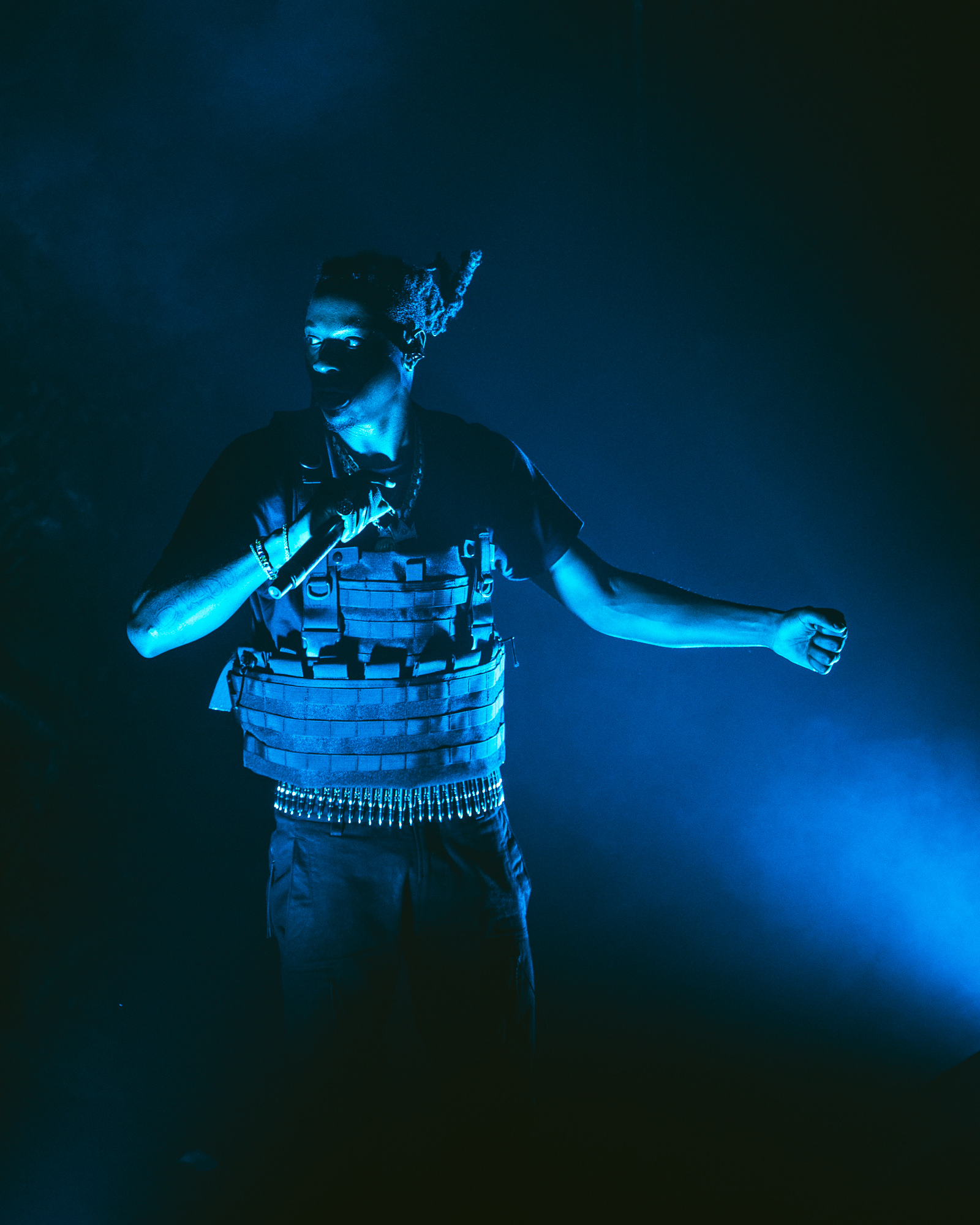 Buddy, born Simmie Sims III, has something of a silly name for a rapper. There was a reasonable amount of skepticism among the uninformed. Old heads looked at the bill and saw Buddy, Boogie and Bada$$ and wondered what happened to all the Method Mans and Snoop Doggs. These are different times. But in an age where the Lil Pumps of the world are causing older folk to have serious concern about the youth, the babyfaced rappers gracing the Ogden’s stage were a pleasant reminder that there is still hope.

Despite the soft name, Buddy was a ferocious, highly energetic rapper and singer who leaped, shimmied and strutted across the stage with severity. During the last few songs, there was the inevitable moment where he ripped his shirt off. The kind of energy he had was not one that could be contained. His music was also excellent. He channeled old G-funk, singing like Devin the Dude over smooth, synth-heavy beats. He clearly stole the hearts of many people who had no idea who he was going in. 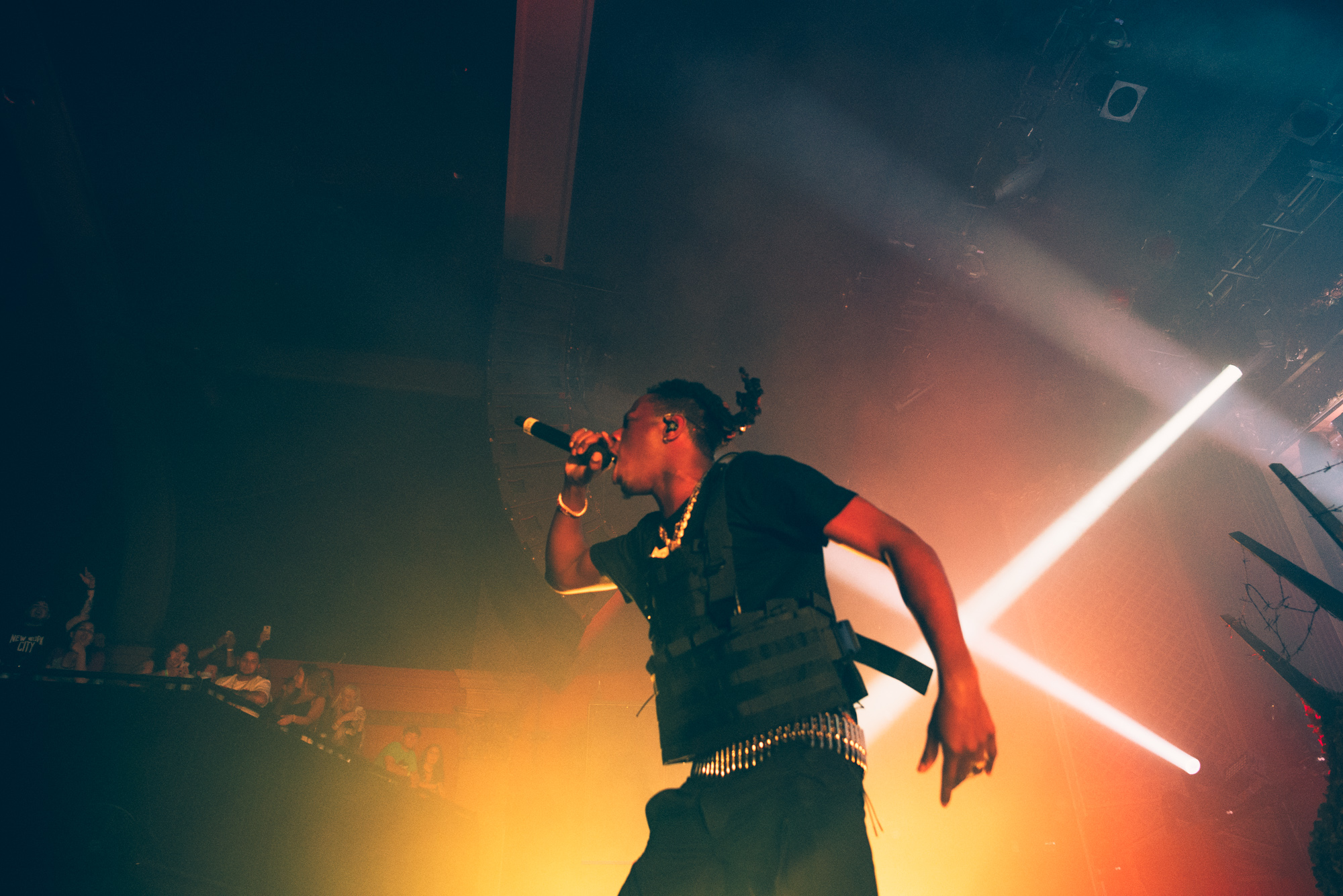 Joey Bada$$ and his DJ both hit the stage wearing a bulletproof vest. Scott’s new album is certainly politically charged and deeply personal. The audience was never louder than when they had a chance to join together and scream “fuck Donald Trump” during the brooding piano-driven “Rockabye Baby.” In a time where harrowing police violence is an almost daily occurrence, Scott’s militant aesthetic seemed not only pertinent but essential.

Scott’s set was less than an hour. Despite having a fairly extensive catalog, the rapper primarily played from his new album. He did a few throwback joints, making a point to call out his day-one fans. After an exhausting 45 minute break between Buddy and the headliner, the set was disappointingly slim. Though to be fair, he did make the most of it. After departing the stage Scott returned to play his major hit “Devastated” — surprising nobody. Despite ending before midnight, the show was highly impressive. Especially in Buddy’s case. Seldom does an opening act come through with such show-stealing flare. Even with its fair share of detractors and lames, Thursday’s show was solid proof that hip-hop is alive as ever, and the youth have earned their right to carry the torch.