–
Cinco de Mayo in Denver can verge on the ridiculous — with tacos and margaritas and even chihuahua races. But luckily, there are genuine options for celebrating the holiday. One such opportunity is presented by DINKC and Theyshootn at FICE Gallery this weekend — Lotería. Featuring the work of 19 Latino/a artists, Lotería explores, educates and pays homage to the well-established and traditional Mexican game of the same name.

“My whole family on both sides are from Mexico,” artist and curator DINKC commented. “We still have a house in Mexico, and family and relatives we go back and visit. My dad’s from a small town outside Mexico City and my mom is from Guadalajara, Jalisco. I wanted to curate a show here in Denver that would be educational about Mexican culture and also highlight local Latino artists.”
– 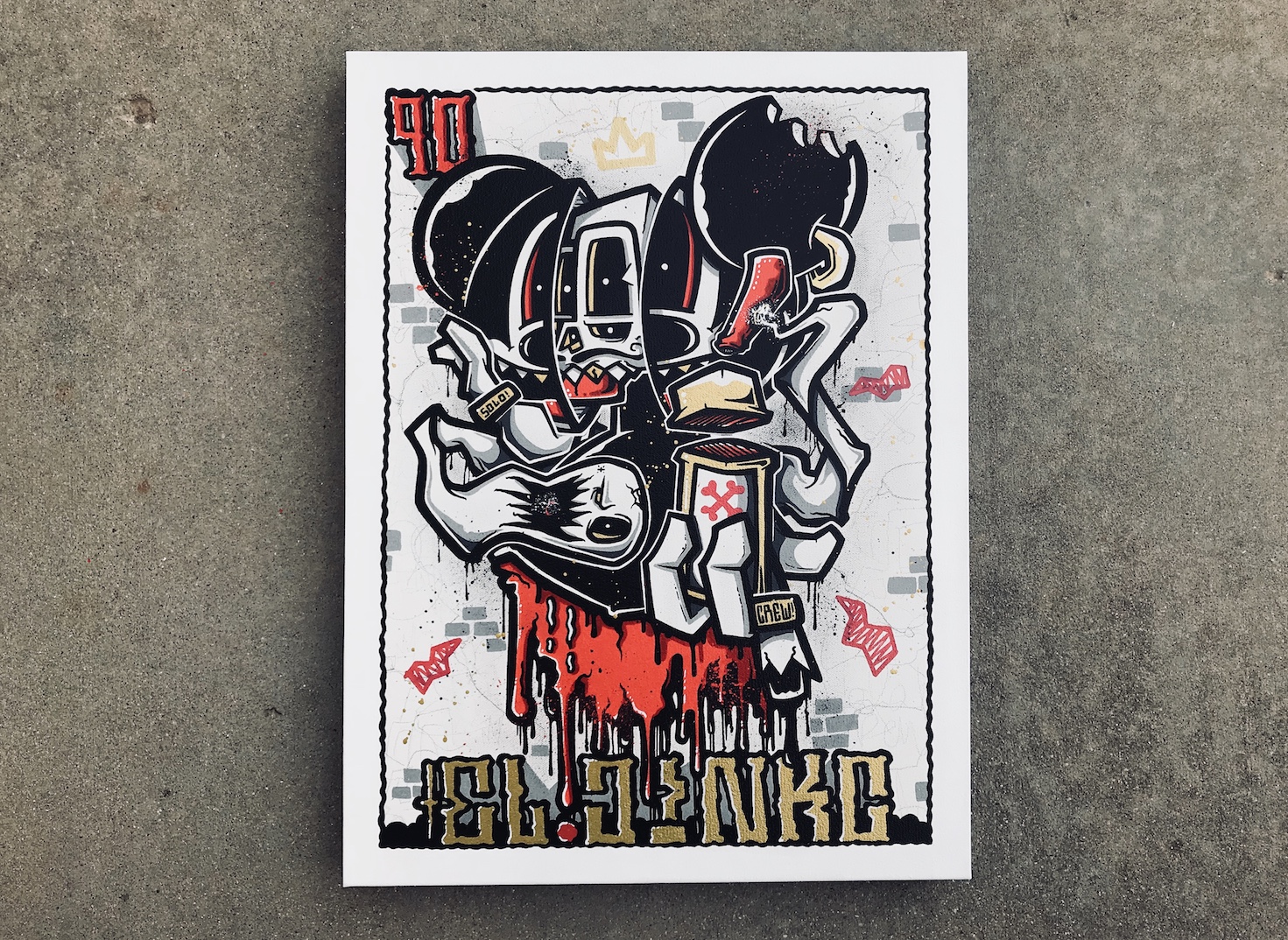 Lotería is the Spanish word for “lottery” and in most ways, the game is the same as Bingo. Instead of numbers, words or letters (as in Bingo) Lotería players choose from a four-by-four grid of images. The images come from a deck of 54 individually-designed cards and the tablas (or four-by-four grids) have a pre-selected group of 16 of those images. As in Bingo, one person picks randomly from the master stack, calls out that image to the group and the players mark their corresponding image — if it matches. Winners (when they’ve matched four images in a row) yell “Lotería” or “buenas” instead of “Bingo.”

Not only is this game something fun and traditional, it’s also steeped in symbolism. The images are known by their general label — “La sandía” (the watermelon), “El gallo” (the rooster), “La Dama” (the lady) — but also have riddles associated with them. For the FICE exhibition, 16 of the artists have created their own interpretations of one of the 54 cards. Some might be direct portrayals of an existing card and others are more inventive (or generous) approximations or representations.

Three of the pieces in the show will be part of a photographic series — organized by Armando Geneyro with the Theyshootn group — that depict what it’s like to actually play the game in a traditional Latino home.

“Back in November, [Theyshootn] had a show at FICE for Dia de los Muertos (Day of the Dead), and DINKC was a last minute addition. He absolutely killed it, and added an amazing live art aspect to our exhibit. So when he asked if I wanted to be involved in this Loteria show, it was a no-brainer for me,” explained Geneyro. “The bulk of the show is made up of artists painting on canvas, so DINKC wanted some photography to accompany the exhibit. The photos I’m curating serve to really give the show some context for folks who have never played or heard of Loteria before. We’ll have images from Brandi Huerta, Juan Fuentes and myself. At the end of the day, Loteria is about coming together with loved ones to commune and enjoy each other’s company… and if you’re me, it’s about losing money and going home without quarters for laundry.”
–

READ: Two Photographers are Showcasing the Gritty Side of Denver Through a Hashtag

Find these artists and enjoy live music and food vendors from 2 to 8 p.m. on Saturday, May 5 at FICE Gallery, 2654 Walnut Street, Denver. Lotería is sponsored and hosted in part by Deep Eddy Vodka.

All photography courtesy of DINKC.