April Fool’s Day comes around every year, and every year people fall prey to friends, coworkers and (growing in popularity) businesses who fool them. Megacompanies like Google and Netflix put money into creating elaborate April Fool’s pranks, going above and beyond the typical practical joke. Mostly though, after the shock settles, people get a kick out of the pranksters, jokesters and other rabble-rousers. It reminds us to not take everything so seriously and, especially in this technological age, to not believe everything we see online.

Denver’s small art incubator Understudy felt the urge this last Sunday to fool the fools. And they succeeded with a small Facebook post and a homemade flyer, announcing that their current space in the Colorado Convention Center would be replaced by an In-N-Out in June 2018. News about In-N-Out coming to Colorado Springs broke last year, giving the organizers at Understudy a perfect kernel of truth to work with on their prank. 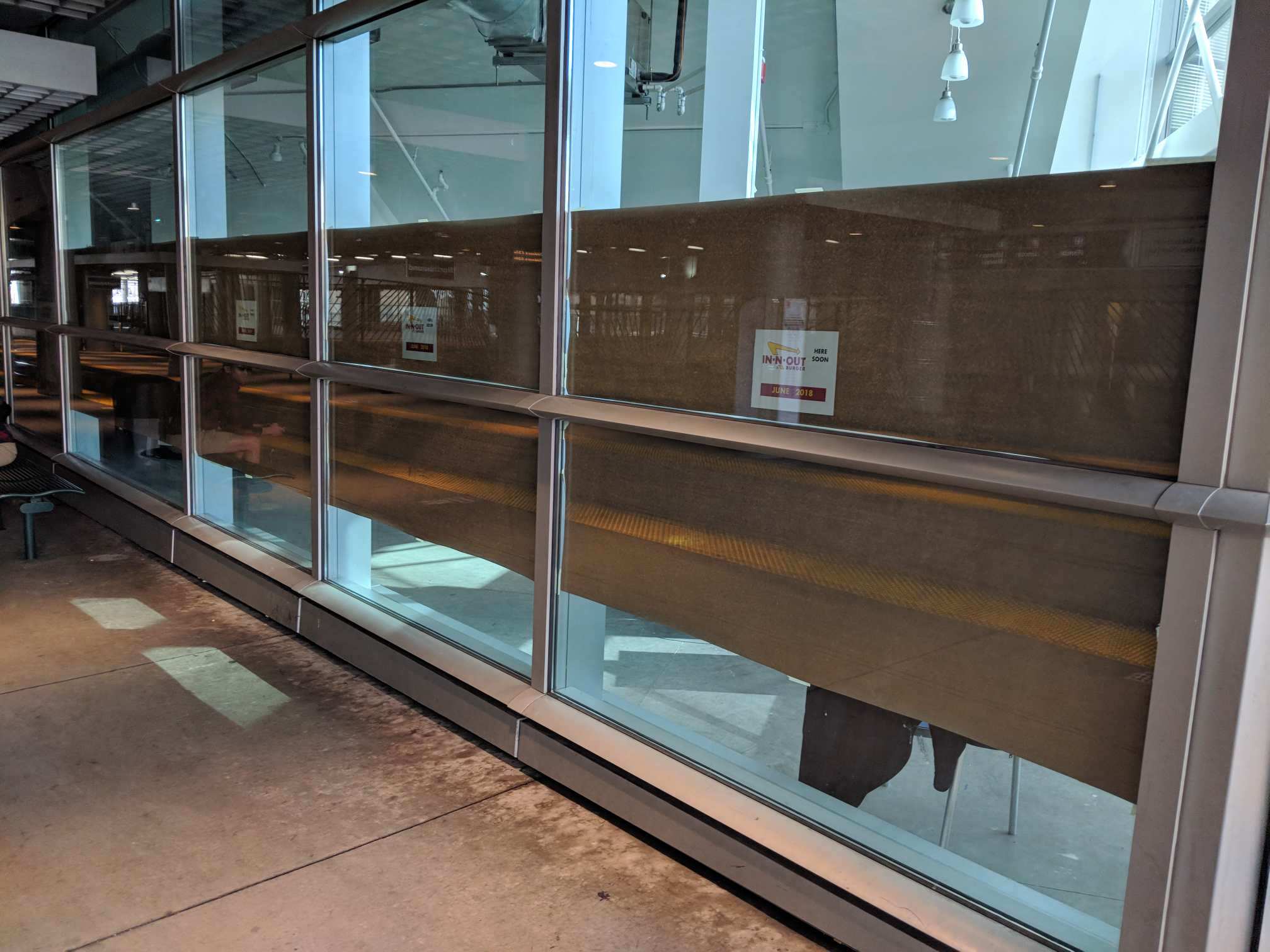 Once posted on Facebook, the goodhearted joke spread quickly, with mixed comments and reactions. But, the best reactions came when someone posted the April Fool’s joke on Reddit. Comments like, “What sick and twisted person would even think of doing that as a joke? It would just be plain cruel” and “When I lived in Manhattan the ‘In-N-Out Coming Soon’ signs used to appear like clockwork every April 1.” Then, there were people who obviously fell for the joke and also betrayed an underlying attitude, saying, “Hey let’s replace a piece of the little bit of culture that we actually have with an out of state burger joint that isn’t even that good. Good job, Denver!” or “It’s ok, they’ll be serving artisanal cheap-ass burgers.”

David Moke — the mastermind behind the prank — gave us the scoop.

“A few months ago I had an idea to pretend Understudy was turning into an In-N-Out Burger. I ran it by Thadeaous and Annie, my Understudy partners, and a few close friends. We had a couple ideas but [that] was the strongest. The first Downtown Denver Apple Store was our runner-up.  Since it was a Sunday and Easter, we were concerned about people actually seeing it. Thus, Thad and I hung the signage late Saturday afternoon, trying to reach Collaboration Fest attendees as they drunkenly took the light rail home. In the 30 minutes we were installing, we did have one person come in asking if we were for real about In-N-Out Burger.

We hoped it would go viral given people tend to react first then think when it comes to In-N-Out Burger rumors, but ended up seeding it ourselves on Sunday afternoon. The response was pretty quickly split between people who thought it was a joke and those who believed it. I think it was just believable enough for people to say ‘well, it might be true.’ I did get a few emails and texts with friends sharing their condolences, but I’ll keep their names private to not embarrass them.

People fell for it more than I ever expected, mainly because this post on Reddit sums up how I’d feel: ‘I wouldn’t believe a sign printed on 8.5×11 paper, even on a regular day of the year.‘ Our biggest mistake was not using 11×17 paper. The sign itself was identical to one I found online, so at least I tried to seem somewhat legit.” 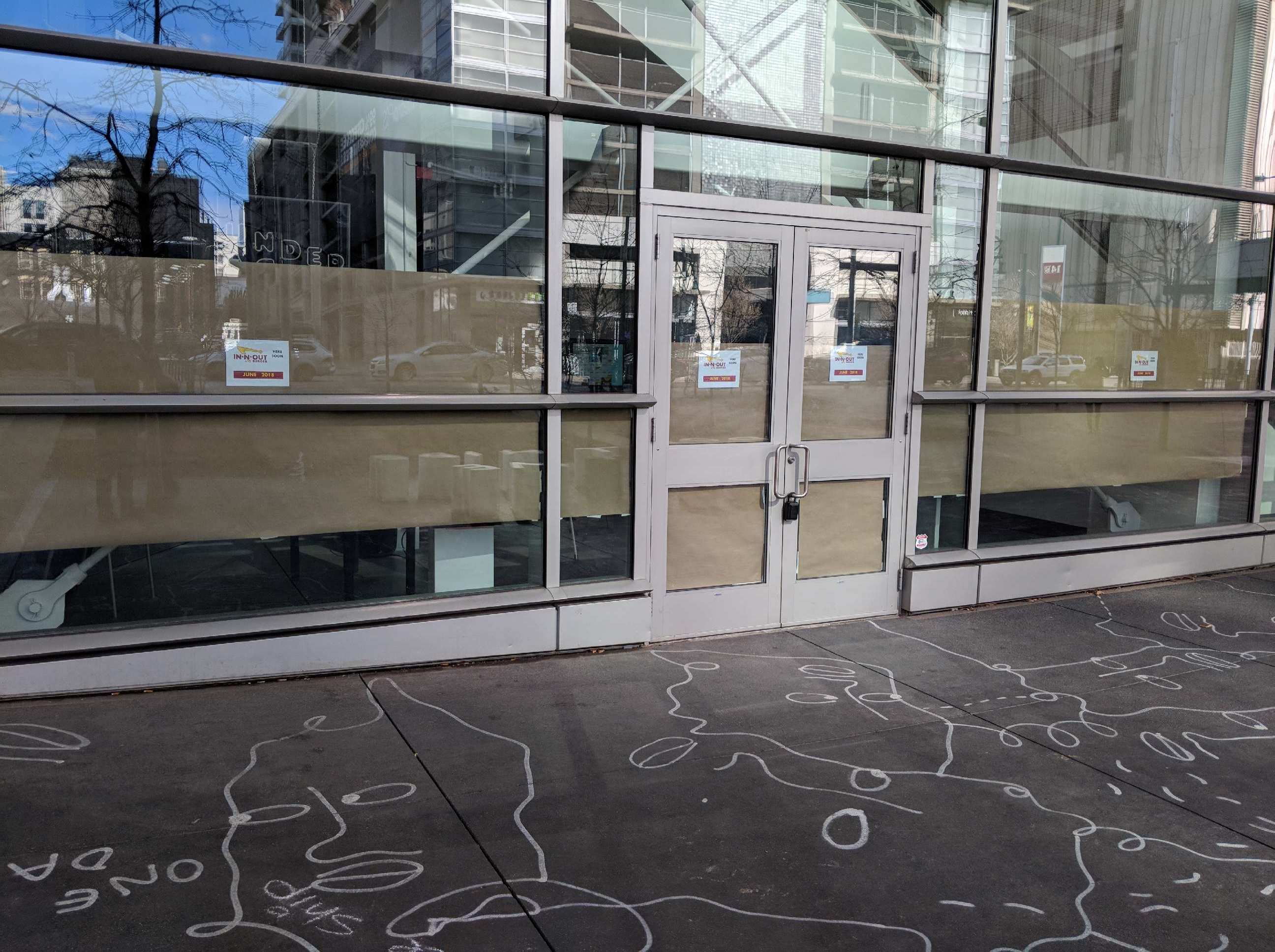 The best part about the prank is that Understudy seems confident they won’t lose their stronghold in downtown. “Luckily the Colorado Convention Center is a fantastic, supportive partner for Understudy and they wouldn’t actually do this to us,” said Moke.

Currently, the incubator is hosting Think 360 Arts who is installing Teaching/Artist — the newest exhibition that highlights teachers who also make art. It is on view at Understudy April 4 through 14. Want to know more about Understudy? Check out our articles on their past exhibitions below.

A Pop-up Record Shop Is Coming to Denver This Weekend

“Trade School” Brings Art and the Outdoor Industry to Understudy

A Downtown “Digital Chapel” Pokes Fun at Our Connection with Technology