Rosenberg’s Bagels and Delicatessen have had a die-hard following since it first opened in 2014.

By using water that is molecularly structured after NYC taps, the local favorite is known for going above and beyond to recreate these genuine tastes. And now, owner Joshua Pollack is planning on doing it again with a beloved New York staple — pizza. Famous Original J’s Pizza, an authentic New York City-style pizza shop will open in Denver, Friday, April 20. Located in Denver’s historic Five Points neighborhood, the 260-square-foot pizzeria resides on the patio of the 715 Club adjacent to the original Rosenberg’s Bagel’s and will feature a second walk-up window for to-go slices. Owner Joshua Pollack is ready to bring a slice of NYC to The Mile High City.

READ: The Good Neighbor – 715 Club and its Return to Five Points

“What’s always attracted me to this neighborhood is that it reminds me of where I’m from. It feels like home,” explained Pollack. “I’m excited to bring this nostalgic, happy place to the Five Points community. Nothing says home to me more than grabbing a late-night slice at the neighborhood pizza shop.”

The name is a nod to the Original Ray’s Pizza, a popular pizza joint peppering the East Coast. Pollack was originally going to name the shop Ray’s until a potential lawsuit made him change it. But what will not waiver is his dedication to authenticity. Like the bagel shop, the pizza will also use the NYC style of water to get that iconic thin crust. The menu will feature two styles of pizza – round and “grandma.” These will both be available by the slice or as a whole pie. The round pizza, a traditional East Coast style, features a light yet chewable crust while the grandma offers a thick, square crust, topped with cheese and finished off with sauce on the surface. In order to bring the caliber of pizza to Denver that Pollack expects, he’s tapped New York native and longtime Rosenberg’s cook Mat Shumaker as executive chef. Shumaker has made his mark across the city, from Fat Sully’s to Denver Biscuit Company and Mijo in Avanti — he’s earned his stripes in the local culinary scene.

The team has set their official opening date for Friday, April 20. They will be open Friday through Saturday 5 p.m. to 3 a.m., and Sunday, Tuesday, Wednesday and Thursday from 5 p.m. to close. Famous J’s Pizza is located at 715 East 26th, Denver. For more information on their hours and offerings check them out here. 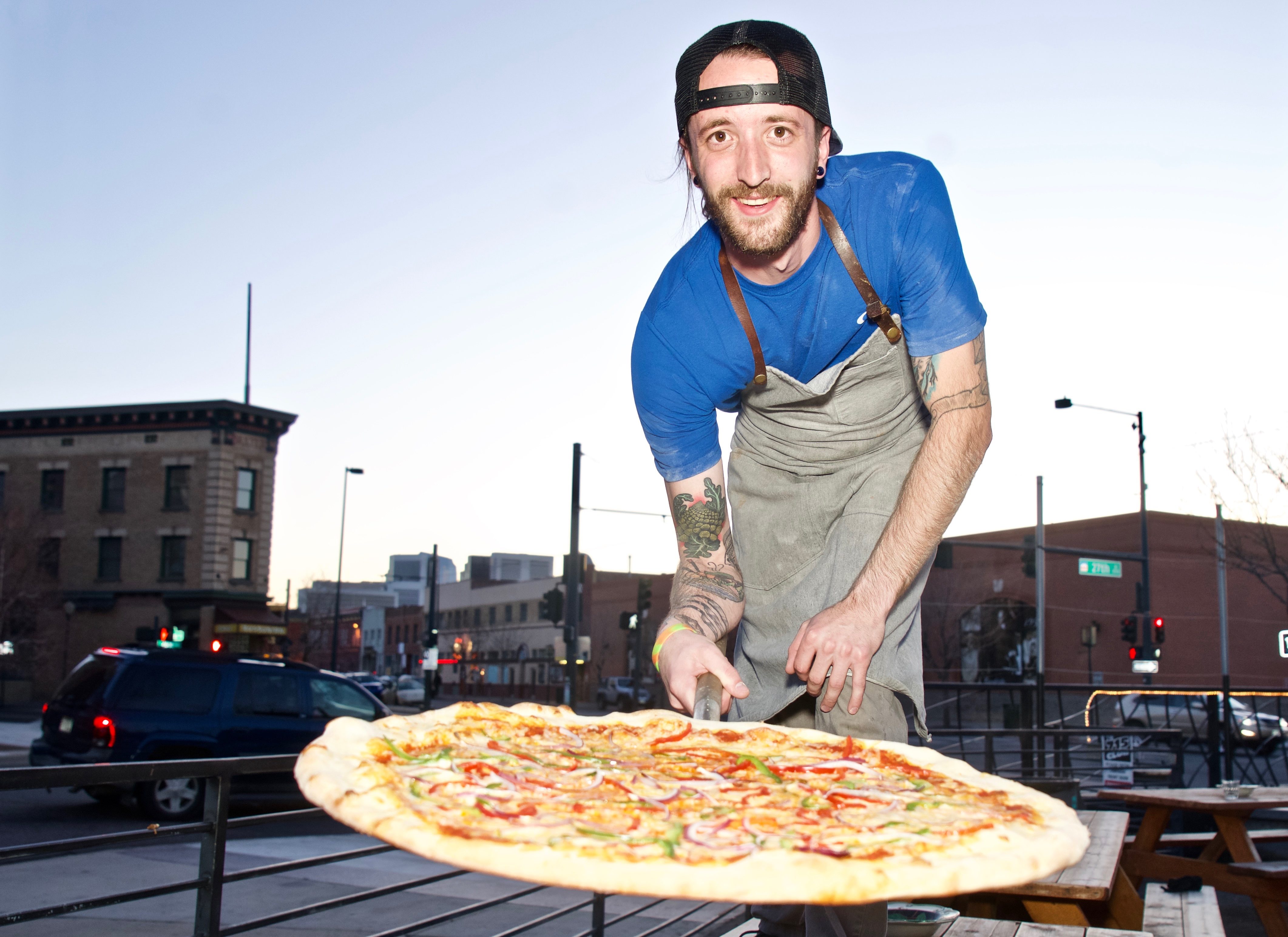